Last night’s trip to the drive-in was so fun!  I always love going…it’s got such a cool, old-school feel to it, ya know? :) 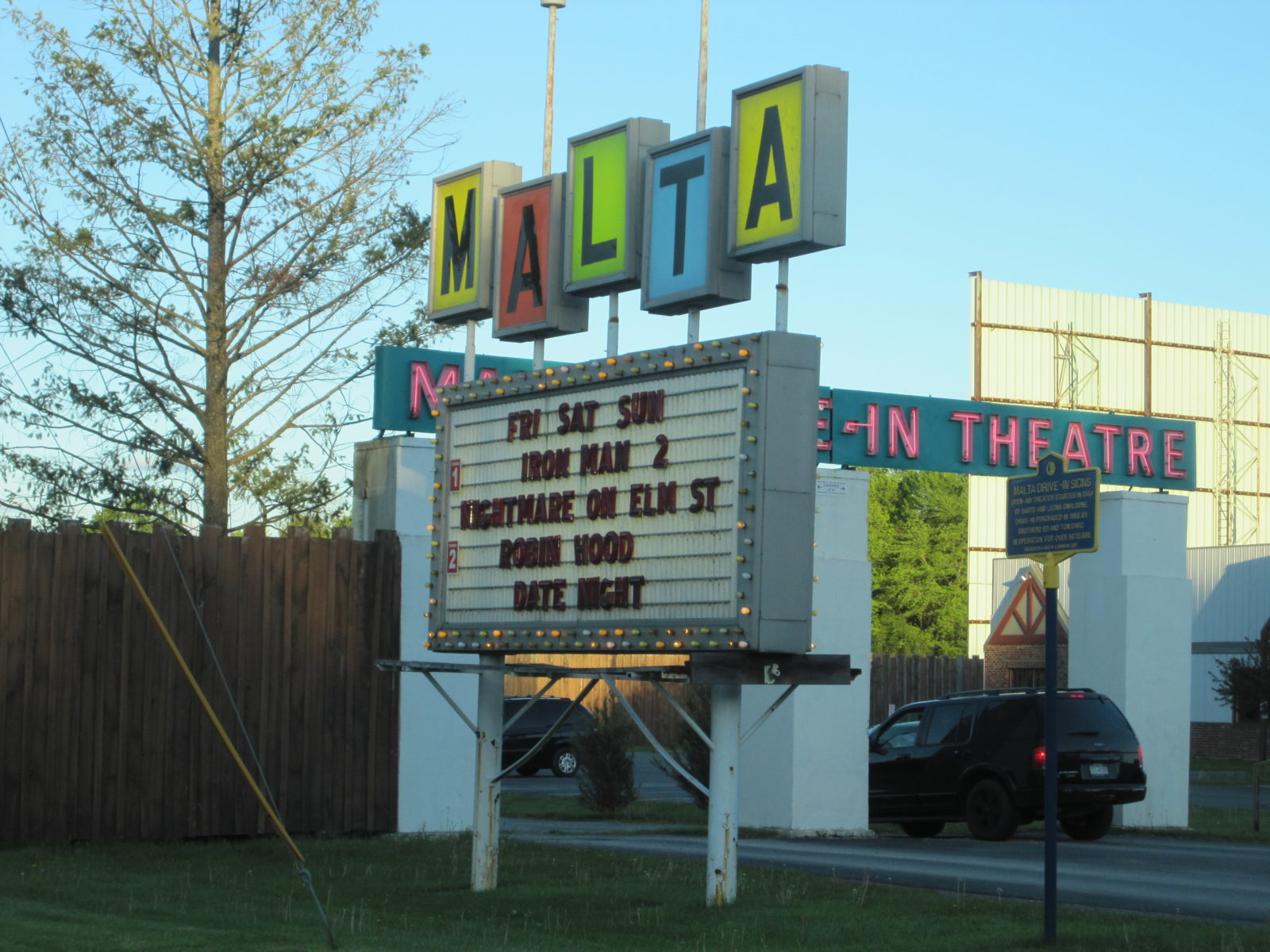 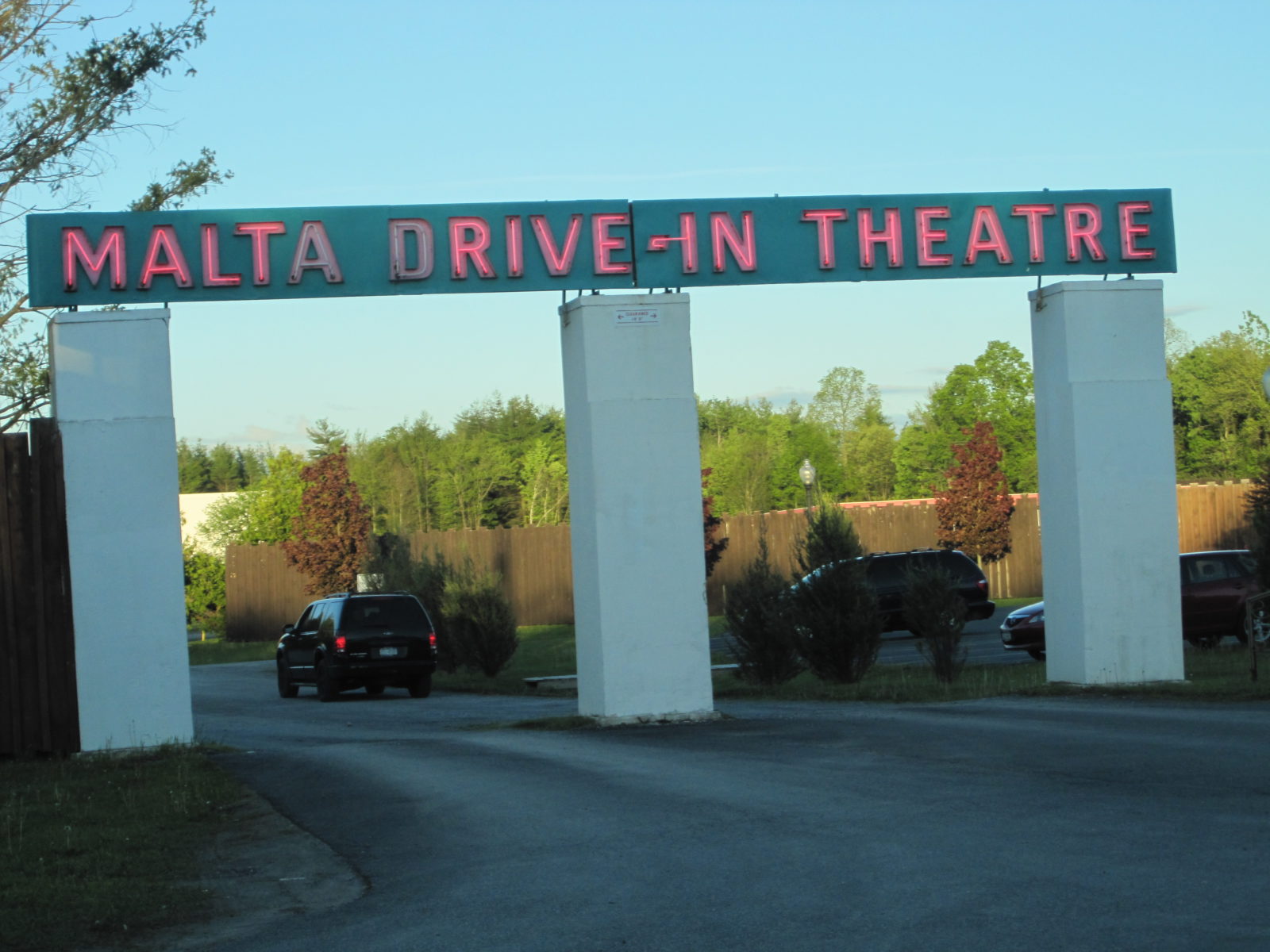 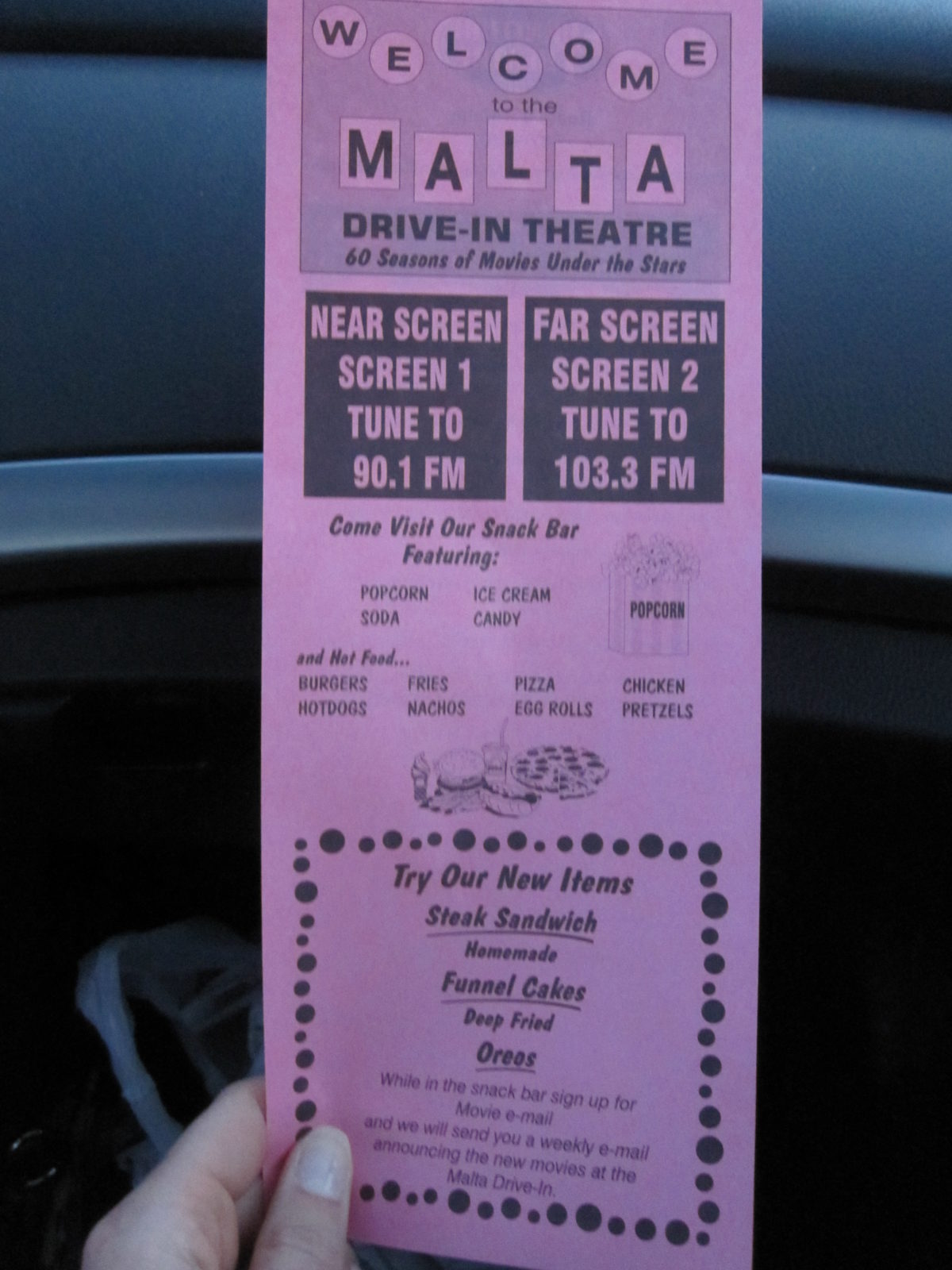 When we got there, we were kinda bummed to see that the two movies we thought were playing together were actually on opposite screens.  Instead of “Date Night” showing after “Iron Man 2”, it was “Nightmare on Elm Street” :(  I’ve actually wanted to see the new Freddy movie, but I had had my hopes up for a little Steve Carell & Tina Fey comedy. ;)  So we stayed for Iron Man 2, but actually ended up leaving after that one…we’re both old farts and were feelin’ a little sleepy.

Before the movie started, we went to one of our favorite places to get subs, Deli & Brew.  This place seriously makes some of the best subs around…and they pack in the meat!  First, I got myself in the theme of things with a diet Dr. Pepper…hey, it had Iron Man on it! ;) 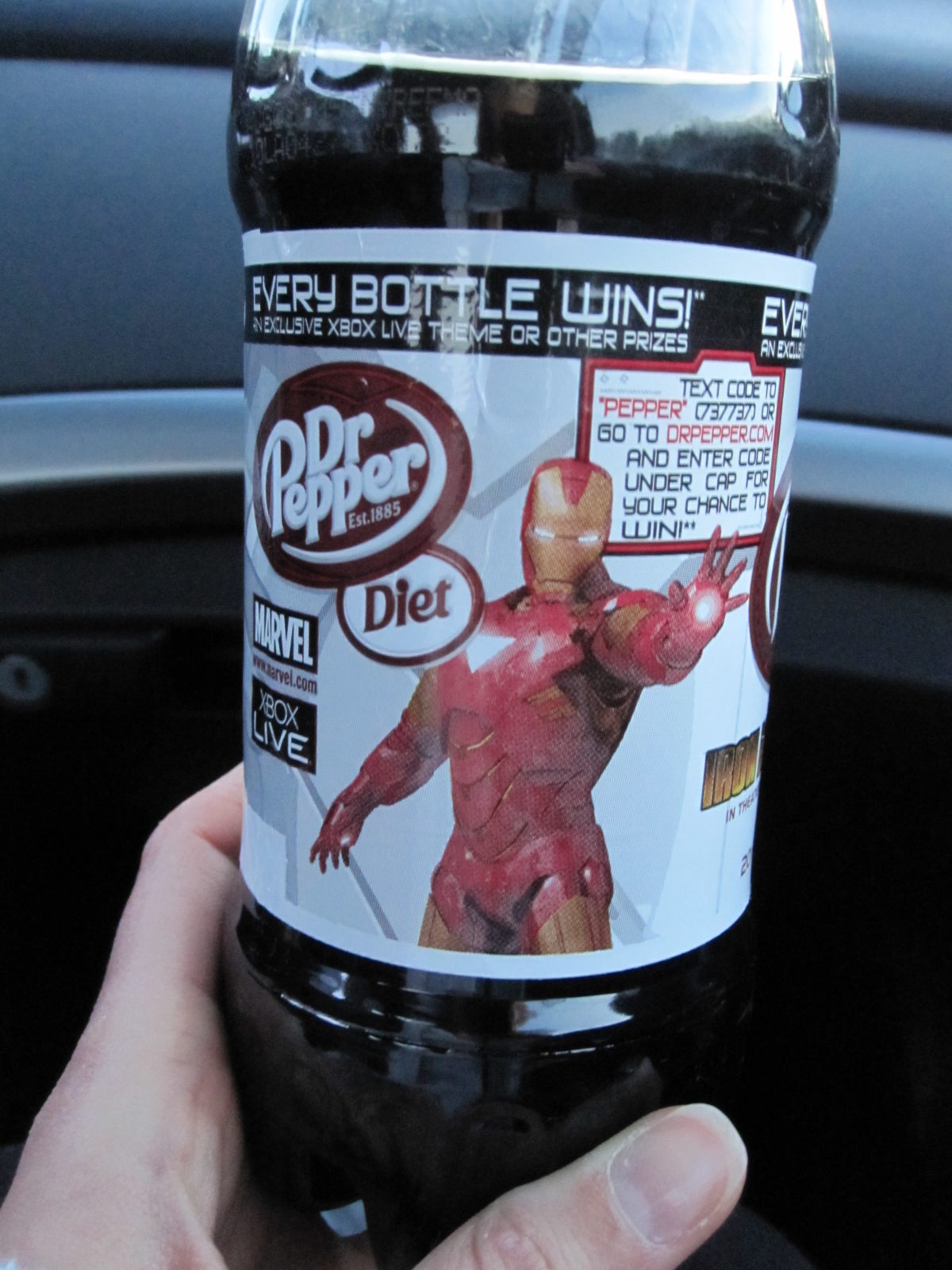 For my sub, I ordered a small turkey on wheat with provolone, lettuce, tomato, onions, and pickles, topped with a little honey mustard.  Yes, this is a small… 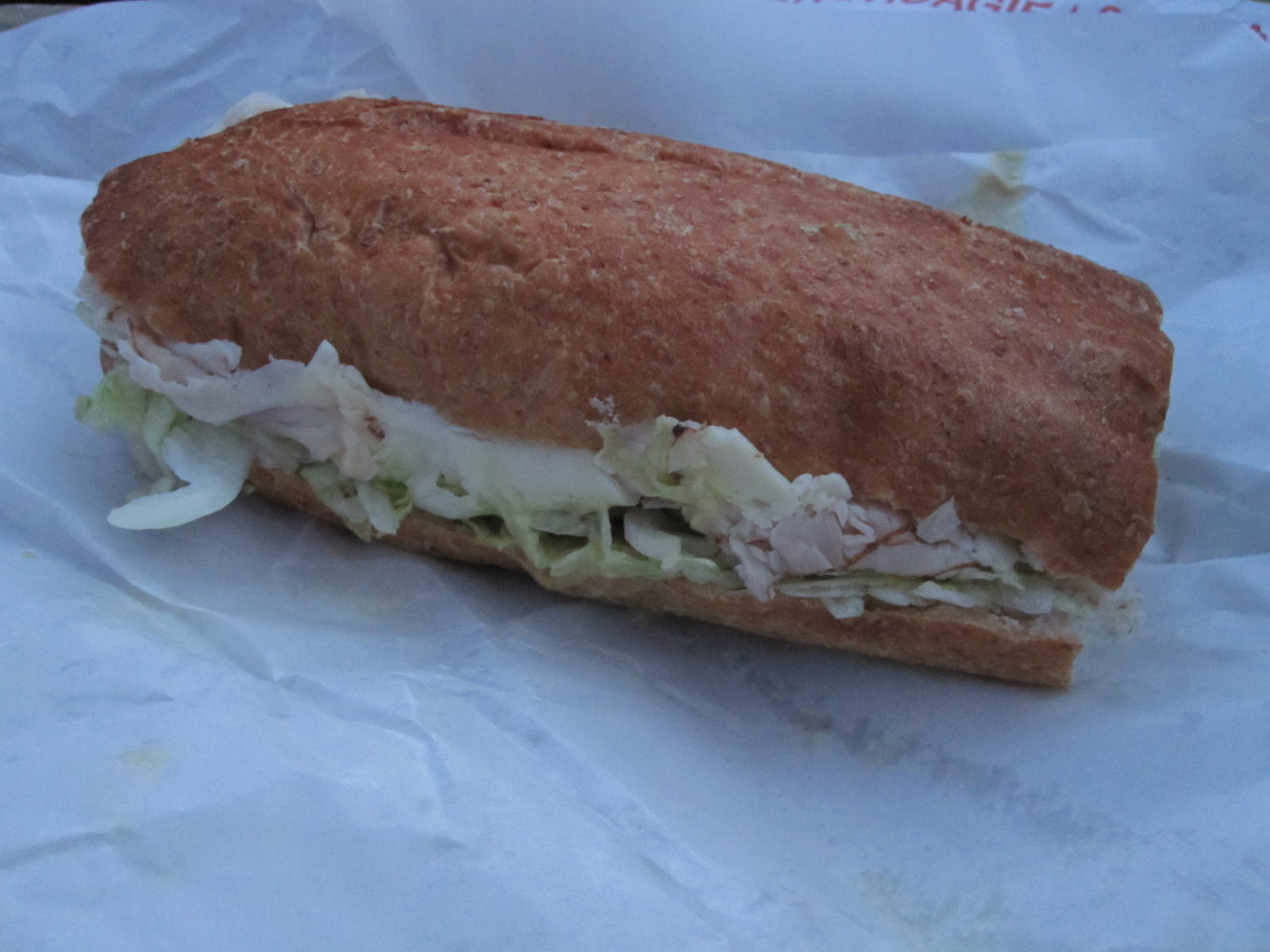 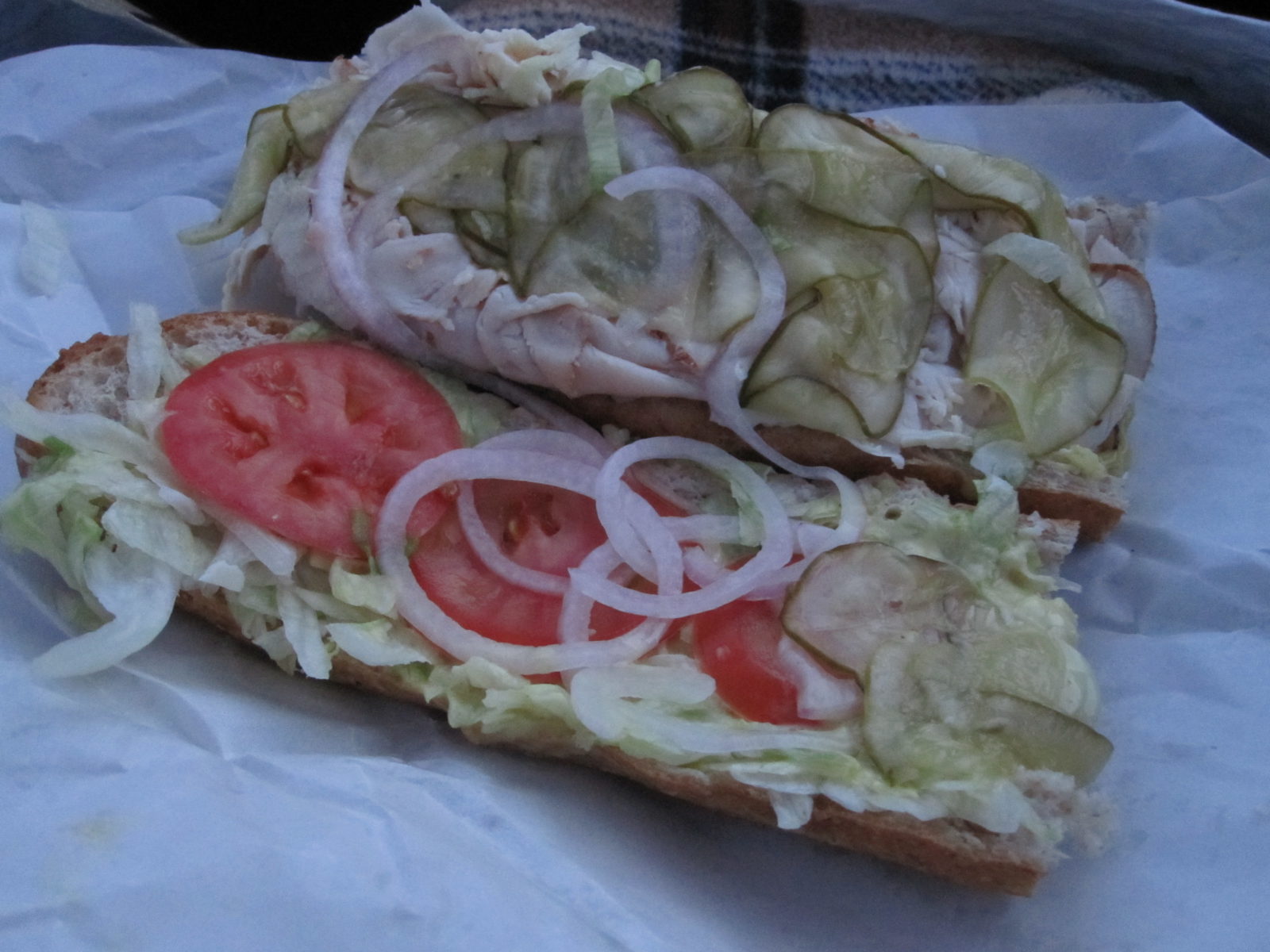 I usually end up picking out a lot of the meat, which Jay quickly swipes up since “it’s too good to go to waste” ;)  But besides the extra meat I took out and little extra of the roll, I conquered this whole thing.  I was a hungry girl!  We also bought some chips to along with our subs. 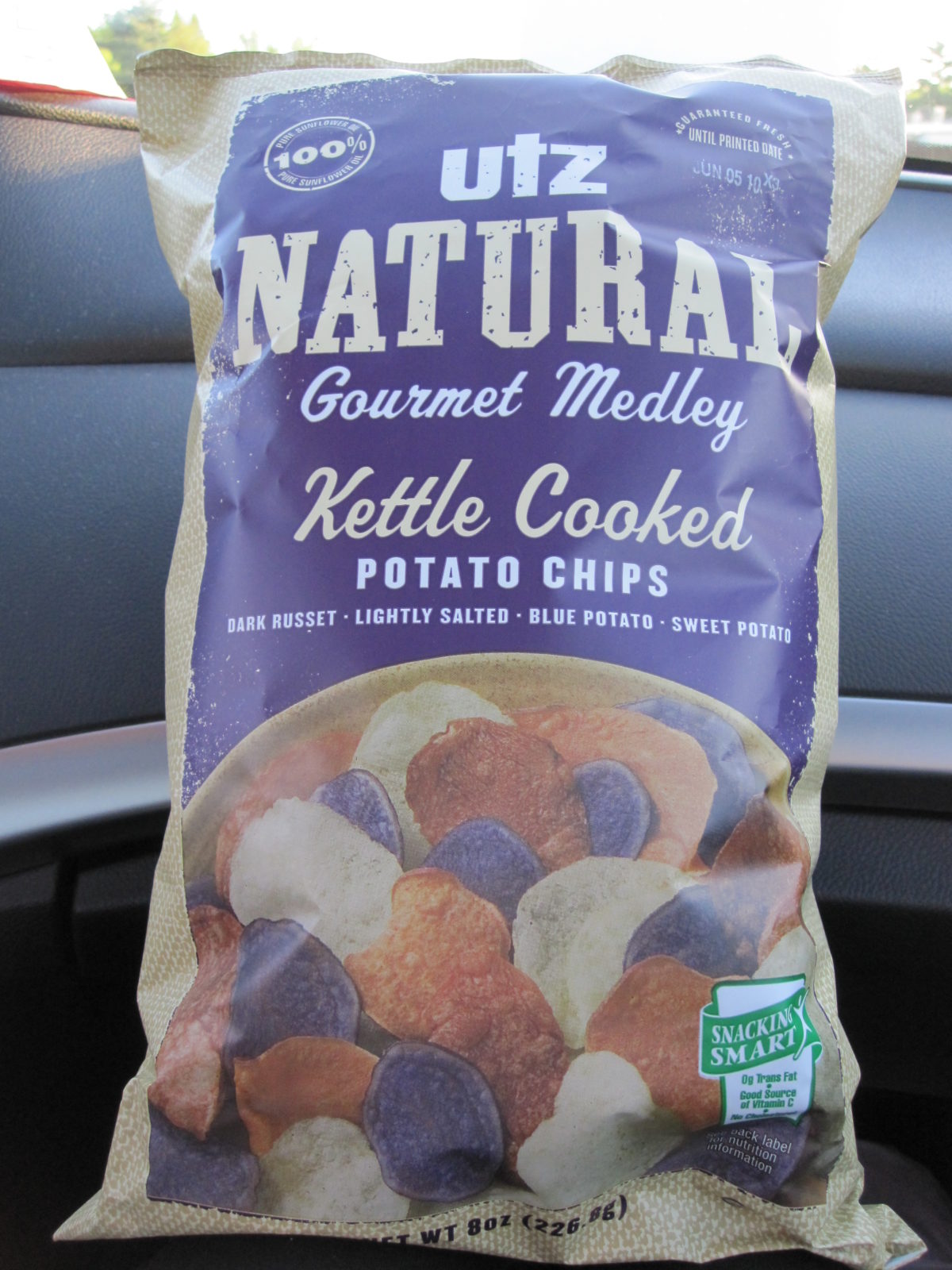 I don’t know if I will ever buy these again…and not because they weren’t delicious…it was because I could not stop eating them! I’m not usually a big chip person, I could take ’em or leave ’em.  (You guys know me, I’ll take my sweets over salty any day).  But these things were amazing!!!  I kept picking out the blue ones and the sweet potato ones…SO TASTY! :-D 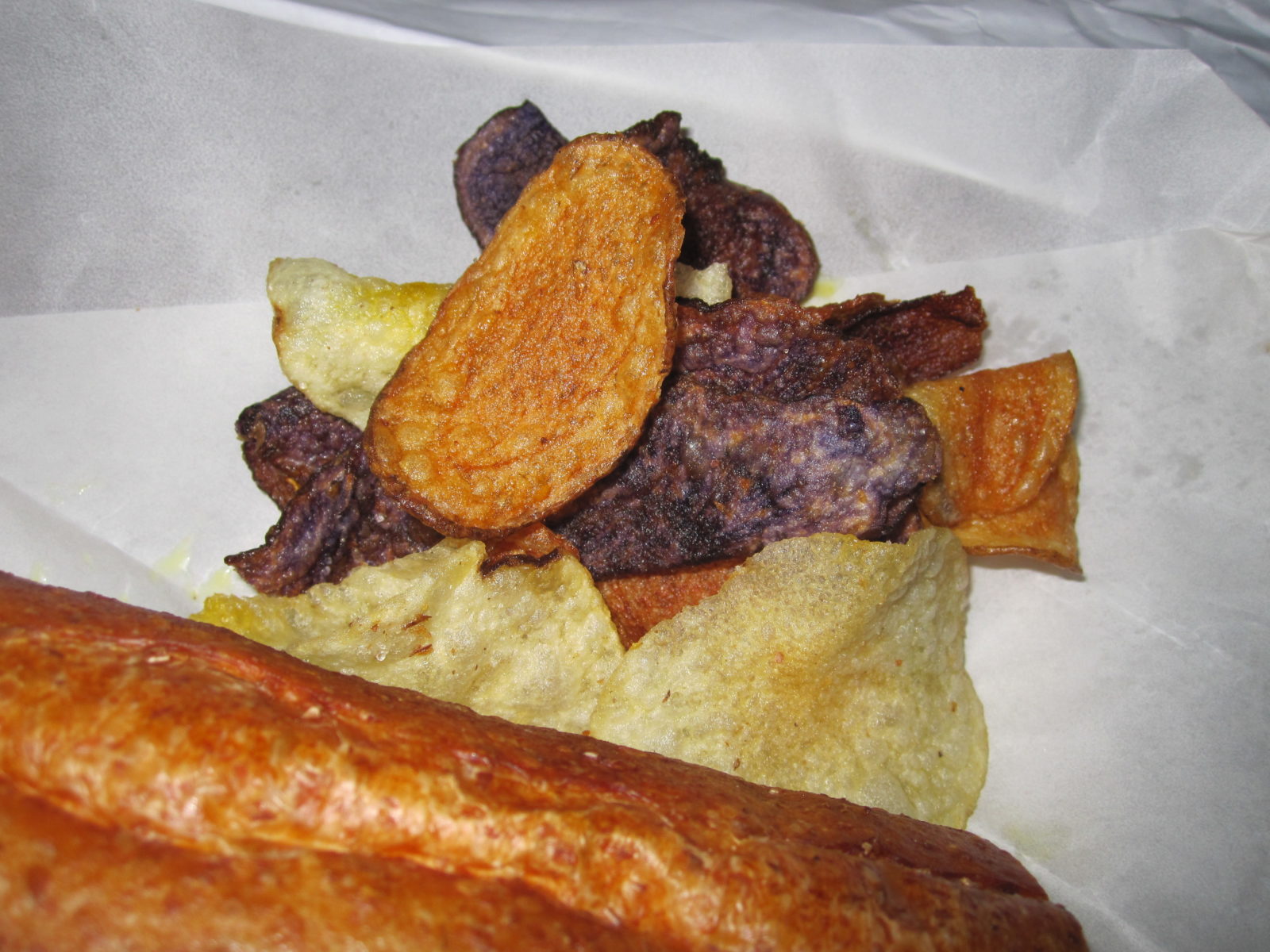 I also brought some of my cookies with us, and I ended up having 2 of them during the night.  By that time, it was dark though,  and didn’t want to distract our car neighbors watching the movie ;)  Our friends Josh & Erika brought their dog, Joba with them to see the movie too…how CUTE is he?!?! :-D 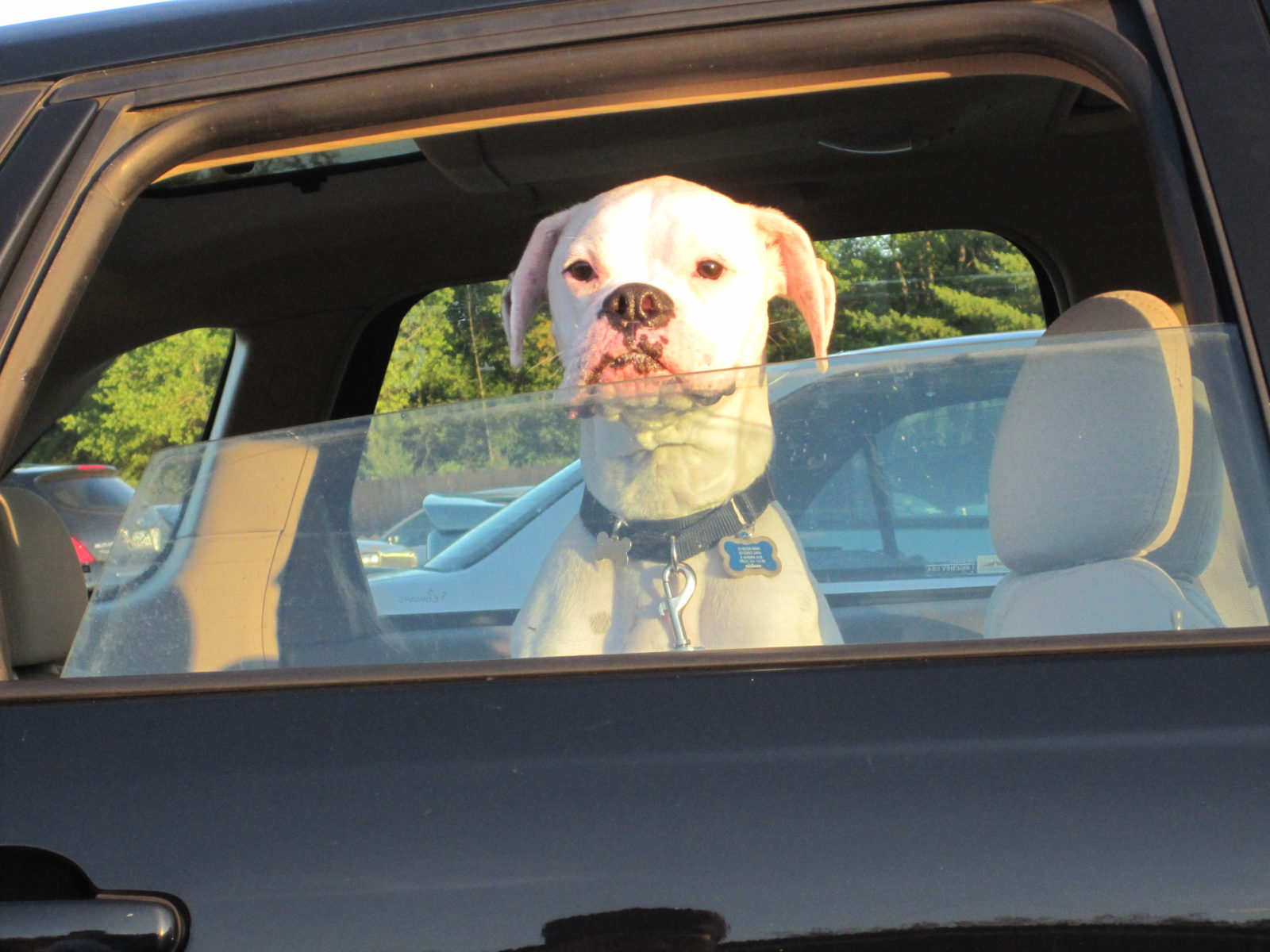 Iron Man 2 was a really good movie, we all really enjoyed it! :-D

This morning, I was up bright and early to make it to BodyPump.  Before leaving the house, I grabbed a Clif Z Bar to snack on. 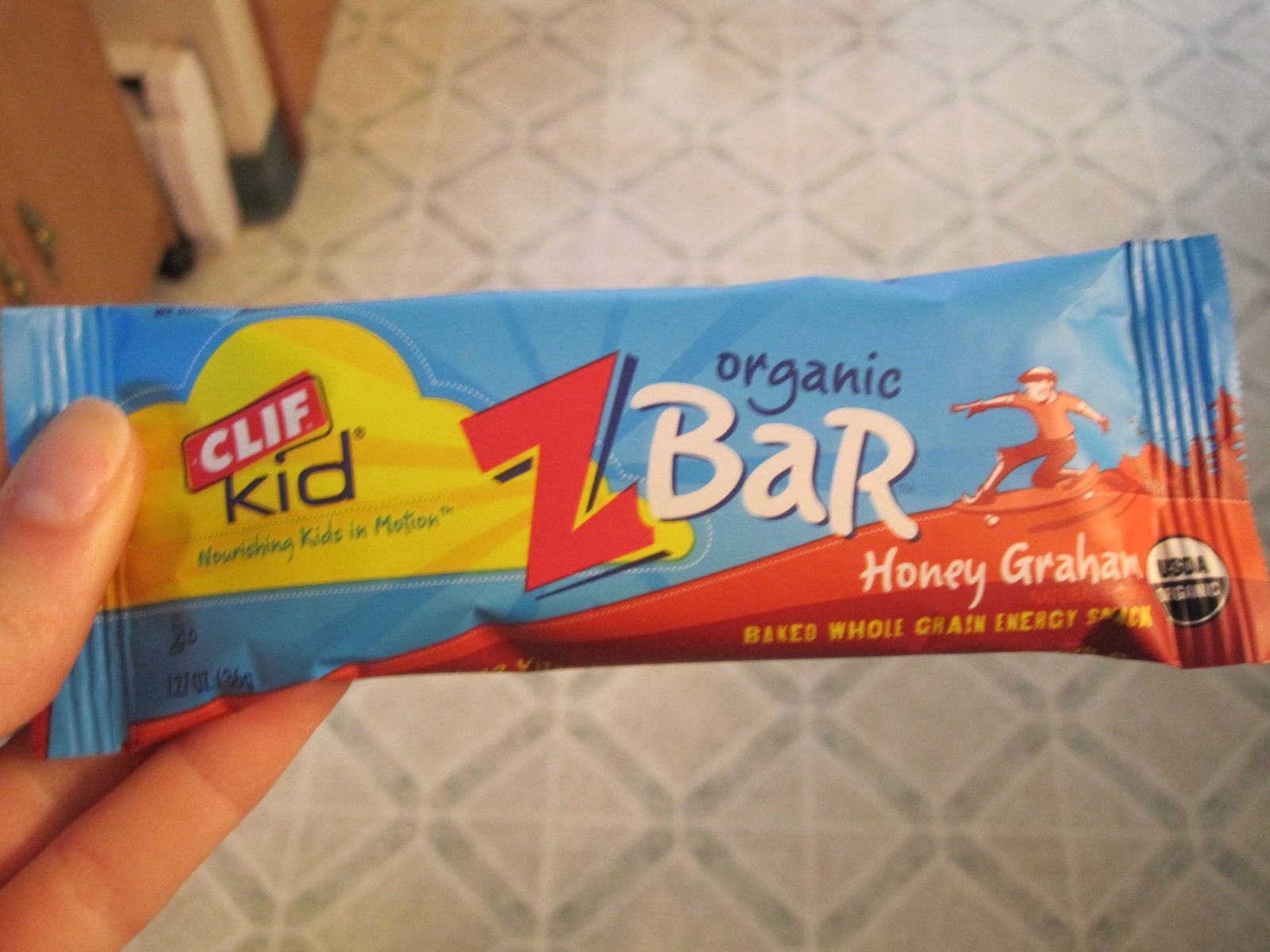 I ran a quick 1.25 miles on the treadmill before starting class, and even if I had more time, I don’t think I would have done anymore.  I just wasn’t feelin’ the treadmill today…do you guys ever have days like that?  BodyPump, however, was awesome! :)

After doing some quick grocery shopping, it was back home for some breakfast…and I wanted peanut butter! :-P 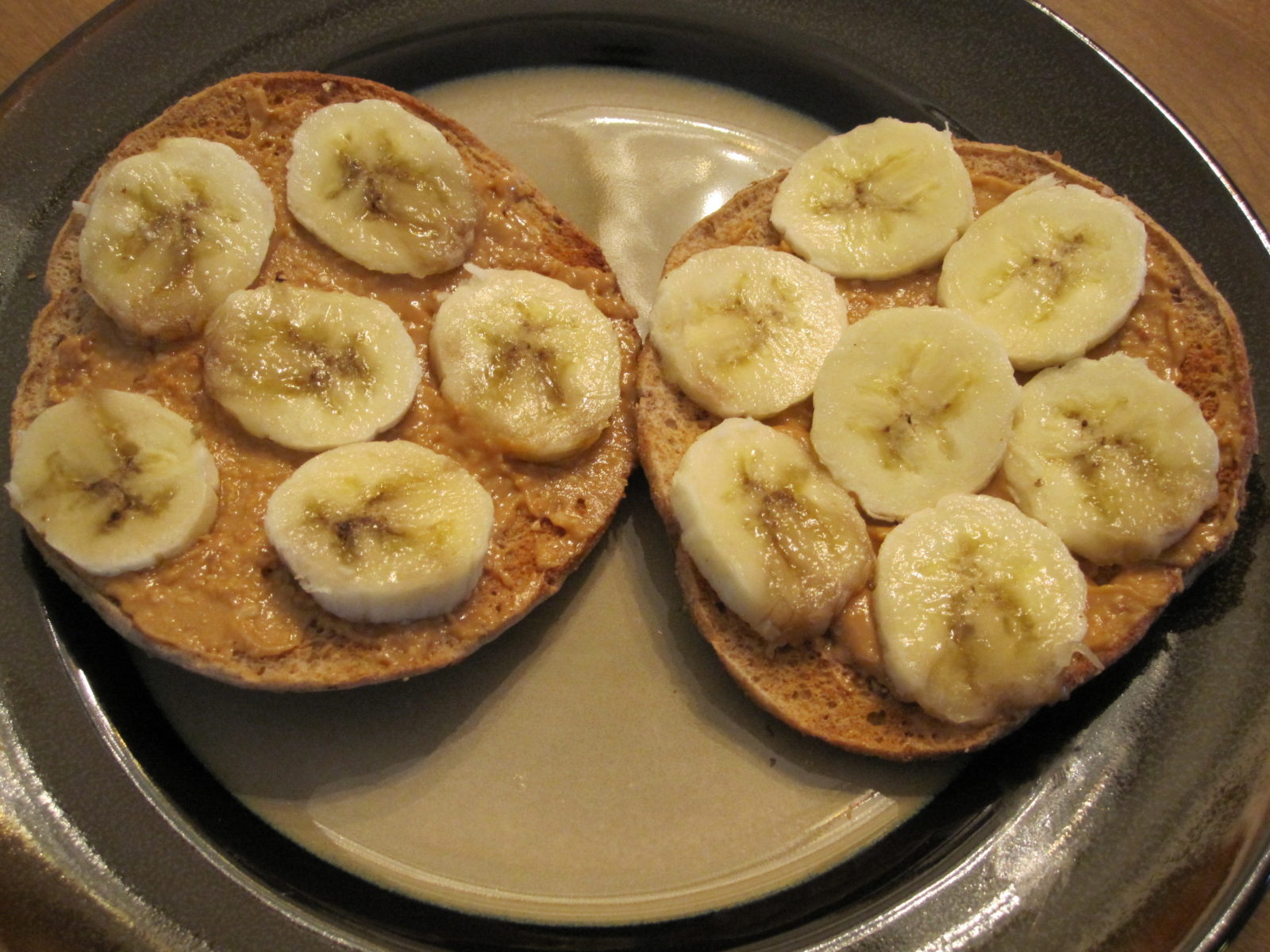 I lightly toasted an Arnold’s Sandwich Thin, and topped it with some of my Maple Peanut Butter and banana slices.  Sorry, the banana slices are lookin’ a little sloppy, but that’s when they usually taste the best! :-D  They were so sweet and poofy…mmmm, banana heaven :) 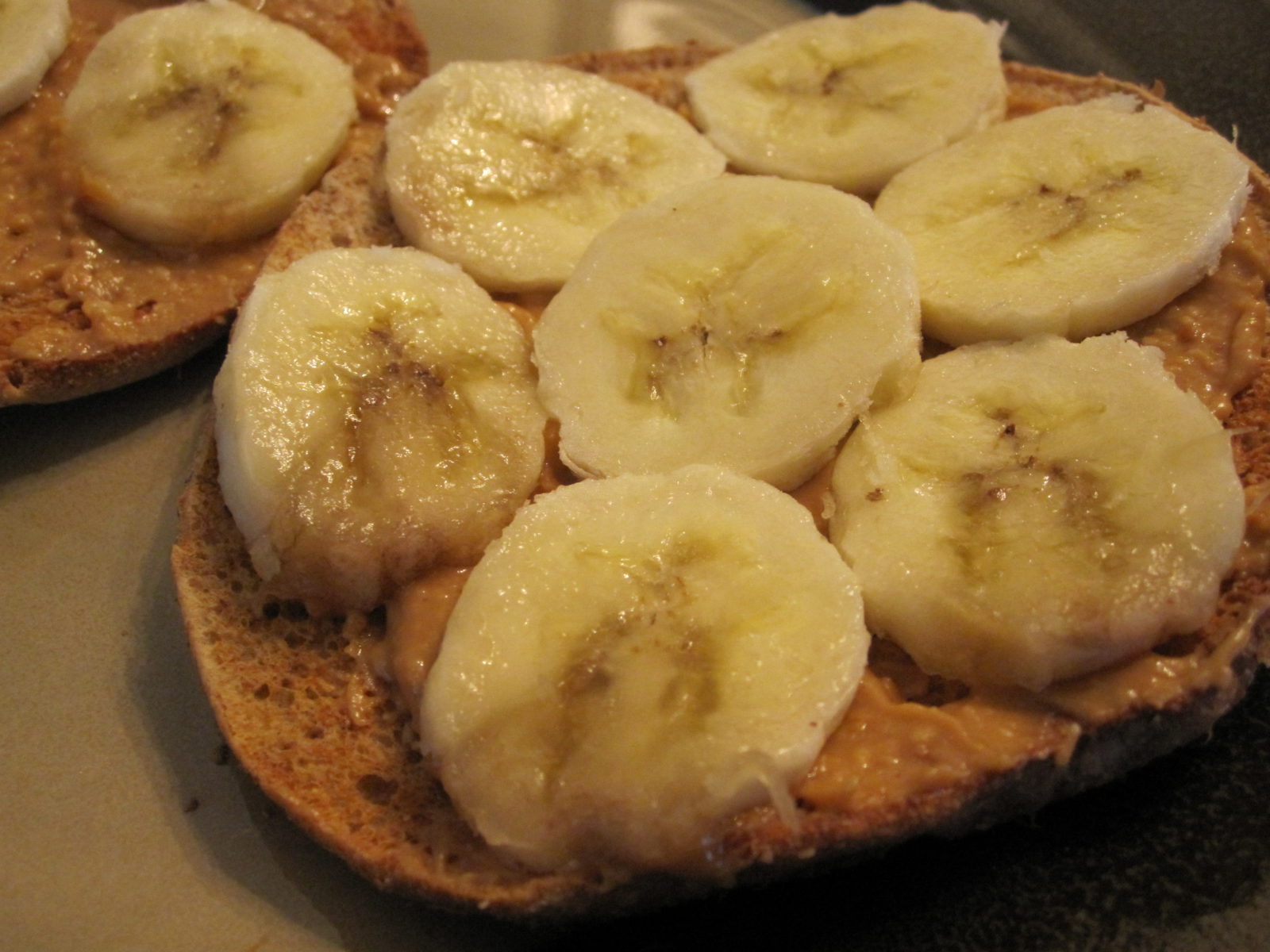 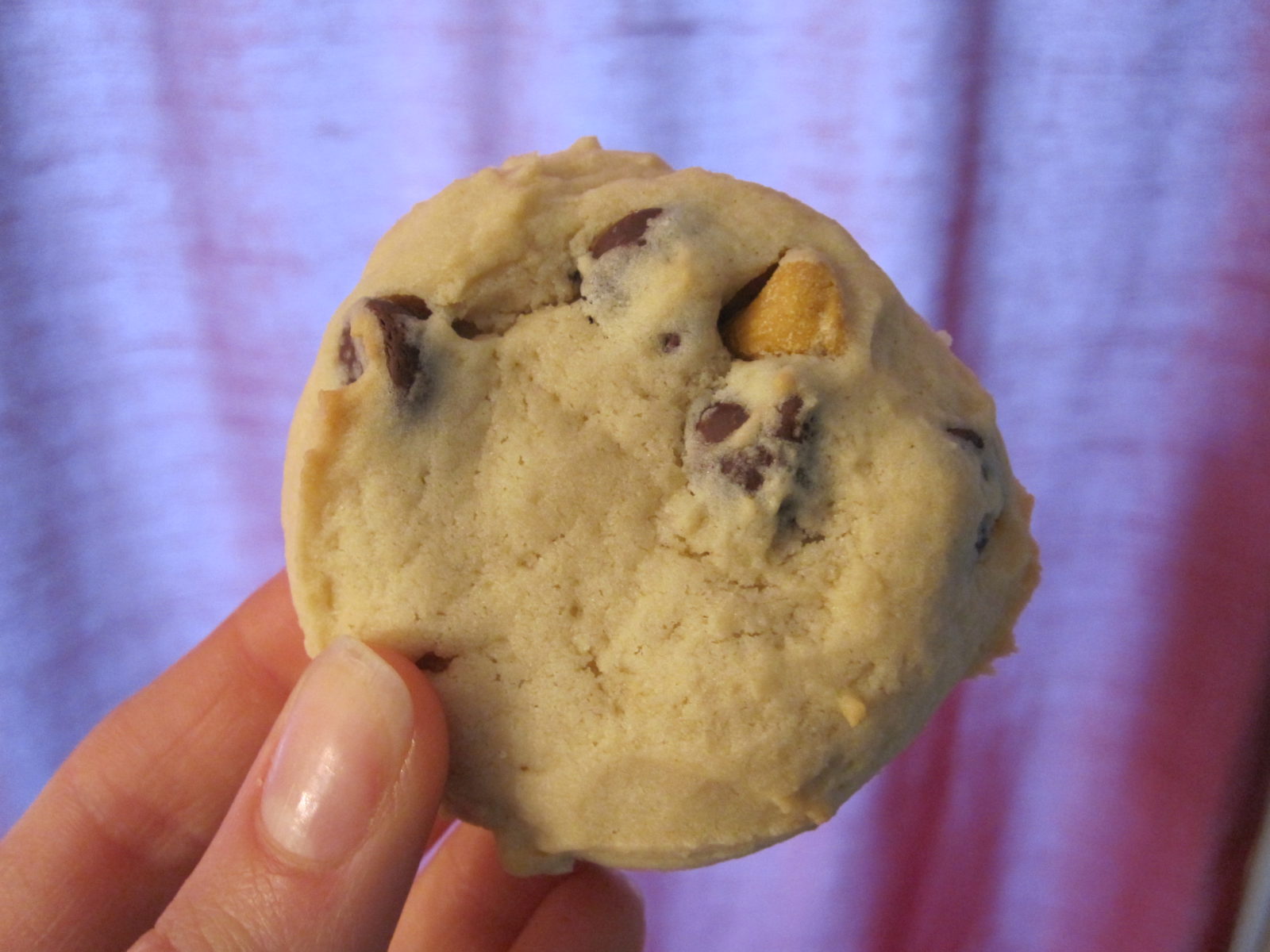 I swear, they’re even softer today than they were yesterday!  If you didn’t get a chance yesterday, make sure to check out the recipe…they’re SO GOOD! :-D

I’m off to go watch the hubby in his flag football game in this beautiful Sunday weather! 8-)

« Chocolate Butterscotch Cheesecake Cookies
How Dirty Is Your Makeup? »