I honestly can’t tell you the last time that we went through our typical dinner routine at the house. It’s been a while. 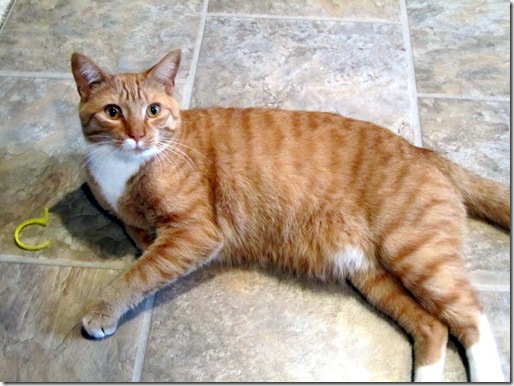 In fact, I don’t think that Cody has tried to play once at dinner since we got our “new” kitchen table; that is, until tonight.

Before even lifting my fork, I heard the drop of his milk jug tab, and this little face staring back at me. 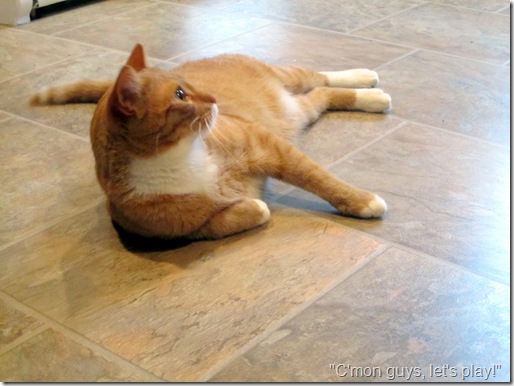 And since we’re total suckers, we put dinner on hold for five minutes to play some fetch. I mean, could you really say no to this face? 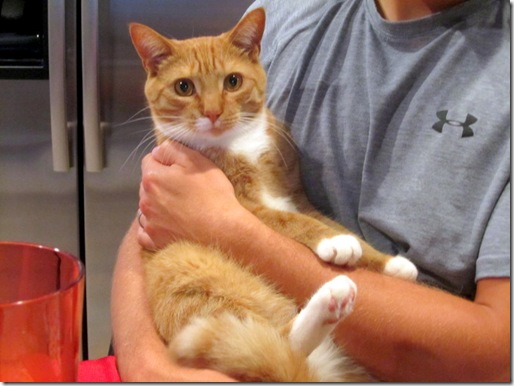 He put on a good show, as usual… 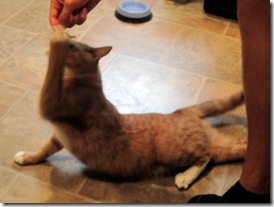 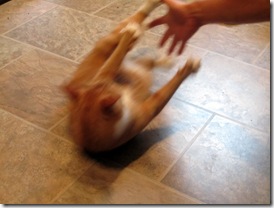 …and then we called it quits…couldn’t let dinner get cold! 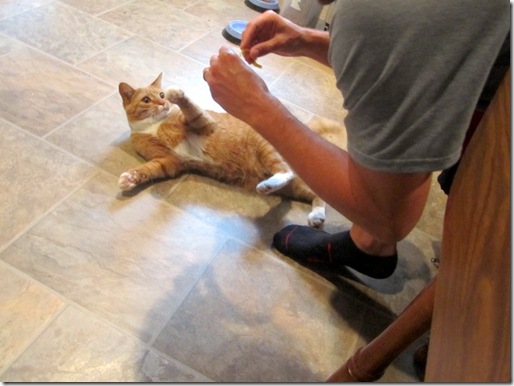 When it came time to make dinner tonight, I definitely was not indecisive. I knew there was one thing I was just NOT in the mood for: veggies. I don’t know why, but I just was not feelin’ them tonight.

There was one thing, however, that I was totally feelin’: carbs. And lots of ‘em! 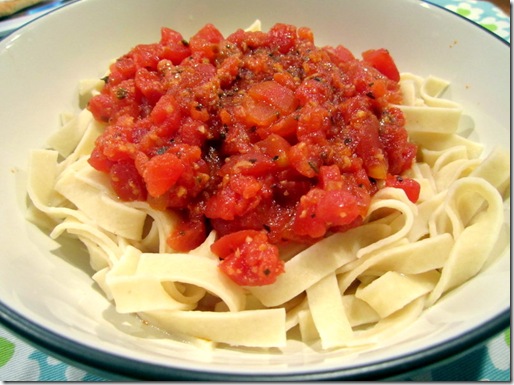 I wound up with a real sudden urge for Italian tonight, so I nixed my original plan and went with what I was feeling. The salmon will just have to wait; and Jay didn’t mind in the least…he’s actually hoping it magically disappears. 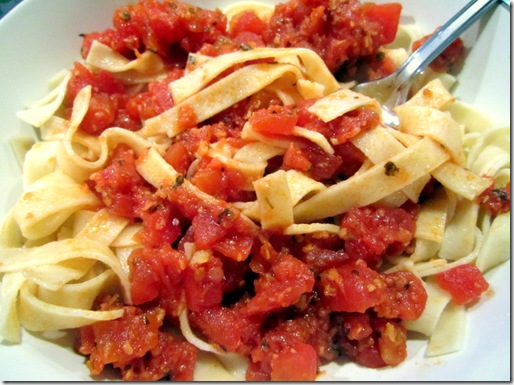 Instead, I cooked myself up a bowl of Carba Nada noodles and topped them off with some Grandpa Pete’s Garlic Sauce. 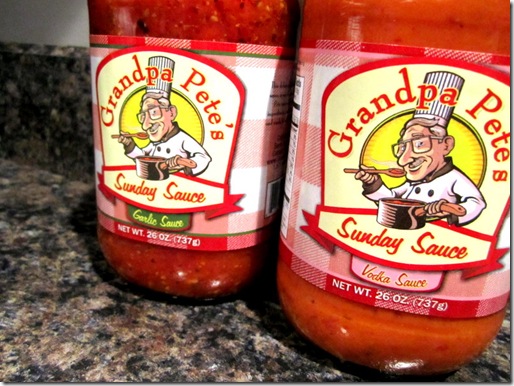 I know I’ve said it before, but if I’m not eating my own homemade sauce, Grandpa Pete’s is by far my favorite. Tonight was our first time trying the Garlic Sauce and I immediately fell in love. It’s chunky and full of garlic flavor…aka, I’ll be it would be amazing as a bruschetta topping. 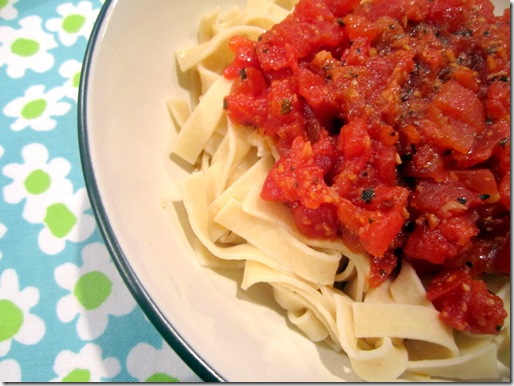 Since I wasn’t the only one craving carbs tonight, Jay ended up putting together some more of ‘em. 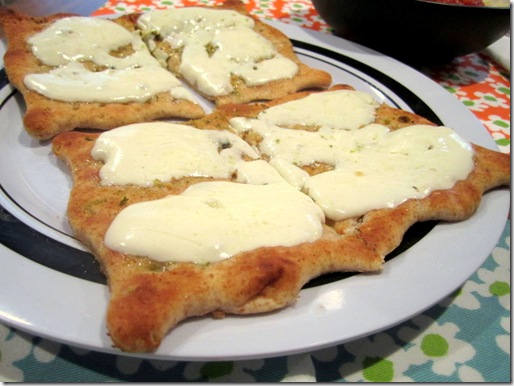 This time, in the form of two toasted Arnold Artisan Ovens Multi-Grain Flatbreads, topped with roasted garlic spray, parmesan and garlic seasoning, and some fresh mozzarella slices, which were then broiled quickly to get all melty.

I was only planning on eating half of one, but umm… 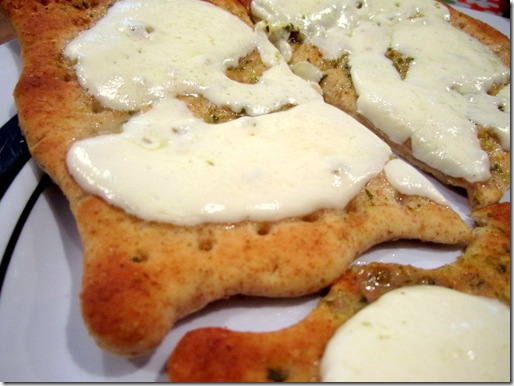 …they were pretty darn fantastic, so that idea went right out the window with the first bite. 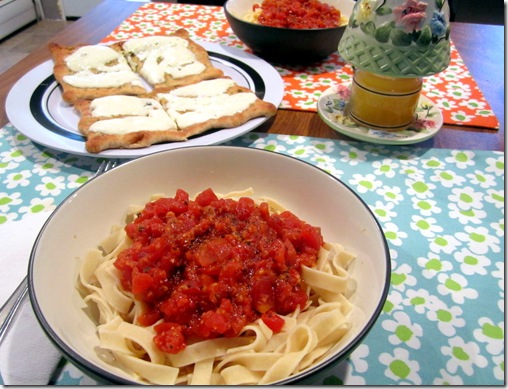 I’m glad I saved the salmon for tomorrow…this meal really hit the spot.

Jay and I were planning on going out to run a few errands, but it’s raining cats and dogs and we’re both feeling a little lazy, so it looks like a relaxing evening in for us!

Do you plan meals far in advance? If you do, do you ever change your plans depending on what you’re really craving?

« A Love/Hate Relationship
I Went Big »