I’m so, so thankful for the fact that we have friends.

Specifically, today, I’m thankful for our male friends who offered to give up some of their Tuesday evening to come and help Jay out with our back deck. 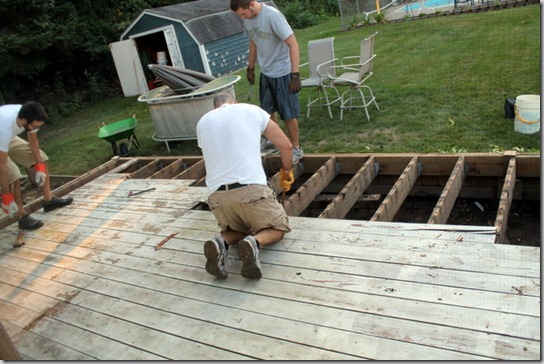 Because if it wasn’t them out there, it’d be me…and that would just be bad for all involved. Besides, Jay, Jeff, and Brian are getting done a heck of a lot more than I could. I have a feeling it’ll be done much sooner than later now…thank you boys!

Jay decided to order some pizza and wings for the three of them to have while they work, but I opted to pass on the takeout and try to cook up some of the crazy amount of food we have in the house right now. 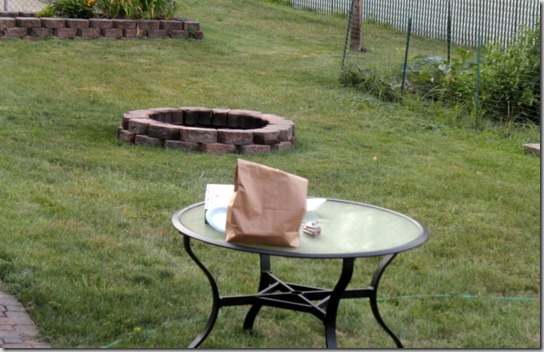 Does this ever happen to you guys? It’s like, all of a sudden, you have a crapload of food in the house and you have no idea where to even begin or what to do with it? I mean, just look at fridge and freezer…it’s reee-donk-u-lous. 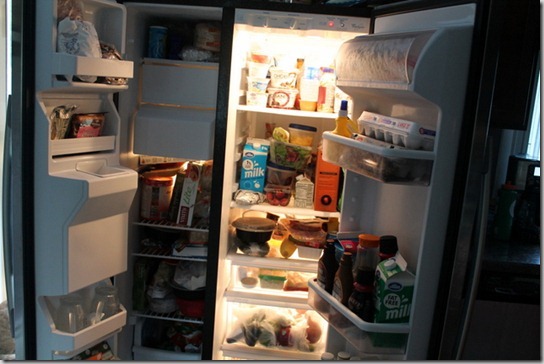 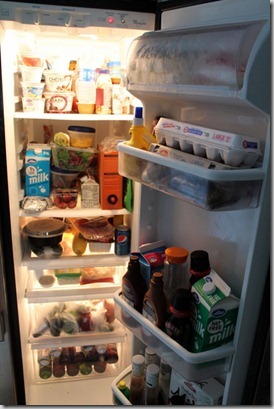 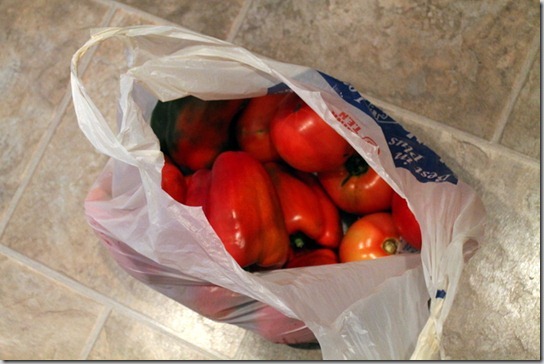 Don’t get me wrong…I’m certainly not complaining. I just need to work on making a dent in what we have. So to start a bit on that, I ended up eating the last piece of Spaghetti Pie cold from the fridge at around 5:00pm. I was hungry and I had intentions of just going in for a bite…then before I knew it, it was practically gone. Oops.

Shortly after that incident, I started preparing what I did have planned to make… 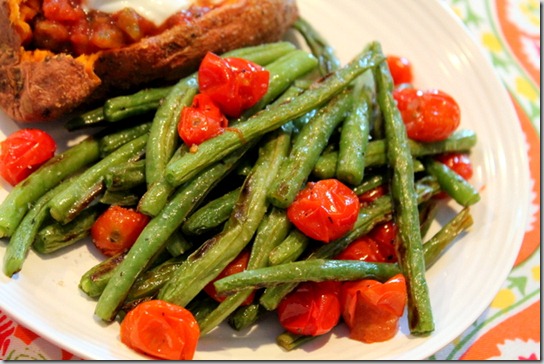 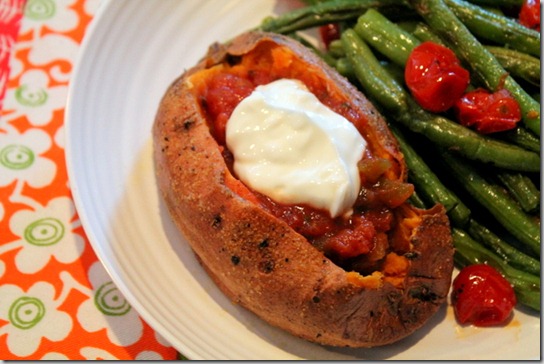 To cook the potato, I popped it in the microwave for a quick 1:30, coated it with spray butter, salt, pepper, and garlic powder, then popped it right on the same roasting pan as the veggies. 12 minutes later and everything was done. 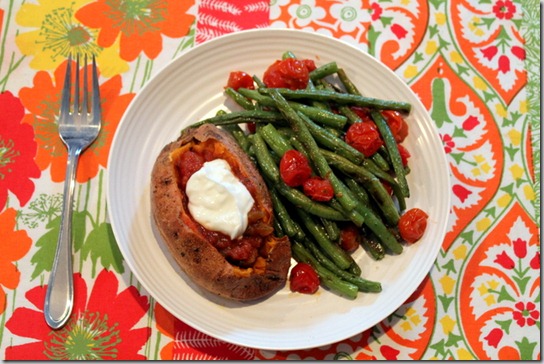 I’m pretty positive that I have another snack on the agenda for later today. I seem to be a bottomless pit today, which rarely ever happens…so I’m just going to take advantage of it.

Hey, if the tummy’s grumblin,’ don’t leave it hangin,’ right?

« How To Improve Rounded Shoulders
Determined To Get Up »