You know, I’ve been saying for the longest time that I am not a spicy food kinda gal. I’ll pass on the hot sauce…give me the mild salsa.

However, it seems that as of late, I’m actually really diggin’ the extra spice.

Case in point: I had not been able to get these Buffalo Chicken Sandwiches out of my head since we had them last weekend… 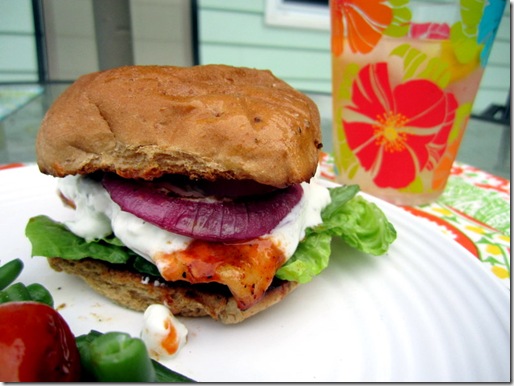 They were so good, and I actually really loved the extra kick from the buffalo sauce.

When it came time for dinner tonight, I would have loved to recreate them again, but alas, we did not have any chicken thawed out. So instead, I did a little improvising to come up with another spicy winner: Easy Buffalo Chicken Wraps.

The star of tonight’s dinner was this KC Masterpiece Buffalo Marinade, which I received to sample a few weeks ago from the Foodbuzz Tastemaker Program. 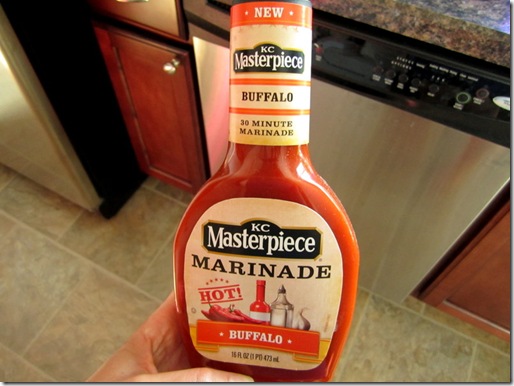 Since I had a large can of chicken on hand, I worked a little magic with that to come up with these tasty wraps. I didn’t do any measuring, but I did use the following ingredients: 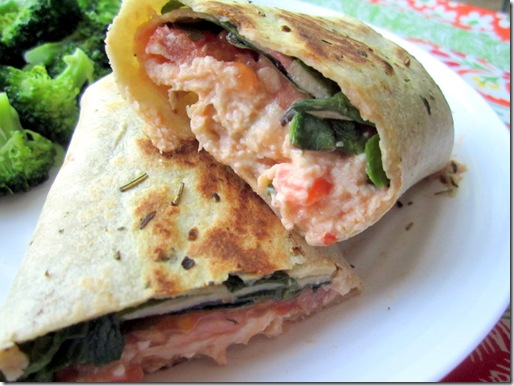 I mixed up the chicken, blue cheese, marinade, and everything else, and let it sit for about 15 minutes to get acquainted. Then I filled the inside of a La Tortilla Factory 100-Calorie wrap with some chicken, tomatoes, mixed greens, and a little extra shredded cheese.

Once it was wrapped up, I sprayed the outside with some butter-flavored spray, sprinkled it with some garlic and rosemary, and heated it through on the stovetop until crispy on the outside, about 5 minutes or so. 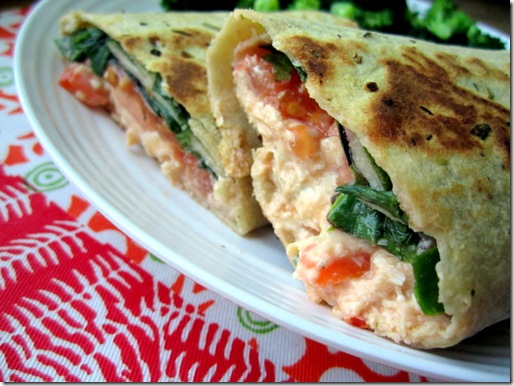 While the wraps were heating up, I quick steamed some broccoli in the microwave to round out the meal. 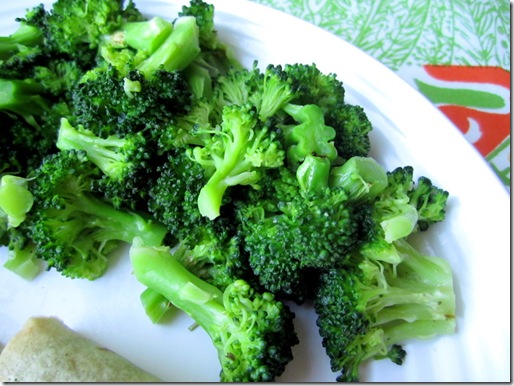 From start to finish, everything probably took less than 30 minutes to complete, which is always A-OK in my book! The wraps had the perfect amount of spice happenin’, especially with adding the Chobani (for creaminess) and the blue cheese crumbles (more flavor!). 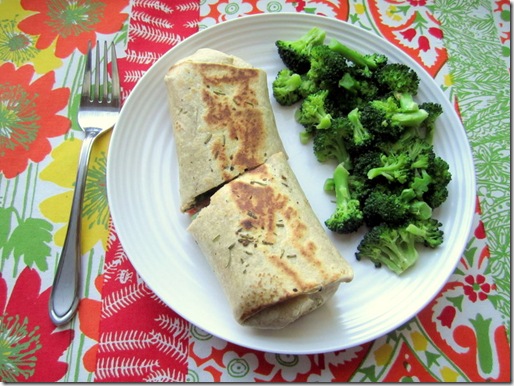 I’m glad it worked out because it’s way too hot in the house right now to turn on any sort of oven (even using the stovetop was pushing it!).

Everything was super delish, but would you believe that my big ‘ol salad from this afternoon didn’t bother my tummy one bit; however, ten minutes after finishing this plate up, I’ve got major “bloatation” goin’ on.

Yep, I just made up bloatation. I like it, and I’m stickin’ to it.

Me and “the boys” have been sitting in front of two big fans trying to cool off, but mostly just laughing at Cody because he looks just like this. 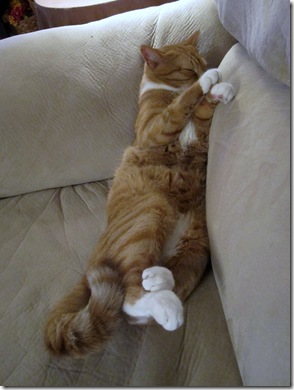 We actually have to head out for our softball game soon, but luckily it’s a late game, so I’m hoping things will cool down a bit. It’s gonna be a hot one!

Do you have air conditioning where you live? If so, are you using it right now?

By the way…if you do…and you are, in fact, using it…I’m totally jealous and may end up stopping by.

« Lacking The Protein
Please Enlighten Me »