(Jay totally came up with that post title – I was impressed!)

Last night, Jay and I visited not one, but two new-to-us bars. It was such a fun night!

We had plans to meet up with some friends around 7:00, but I thought it might be a fun idea for the two of us to pick a place that neither of us had ever been to, to grab a drink and just hang out at the bar. After a little bit of researching, we wound up at The City Beer Hall. 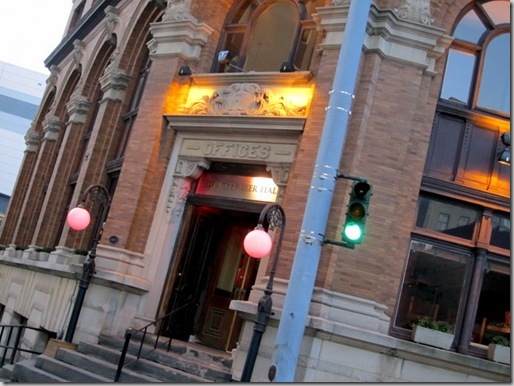 Jay said that he had heard that this building actually used to be an old speakeasy, but whether it was or it wasn’t, the place was awesome. 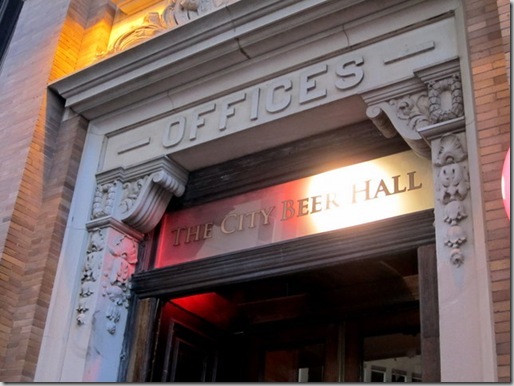 Unfortunately, I didn’t get too many pictures of the inside, but it really was an awesome, old-school type of atmosphere and it even has a mechanical bull up on the second floor. I’m already planning my second trip back…just sayin’.

The draft list wasn’t huge, but they did have quite a selection of bottled beers and the brews that were on tap were pretty unique.

I also loved how they had such a variety of sizes to choose from. Small = more opportunities to try different kinds! 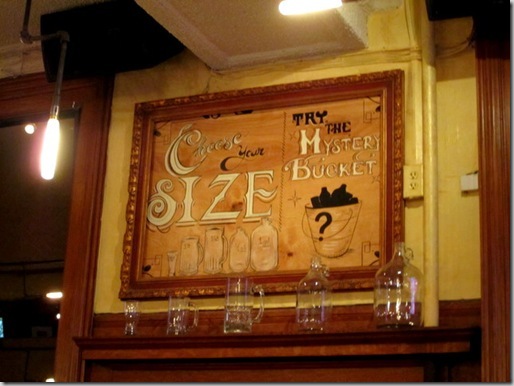 To start, Jay ordered a Brooklyn October and I went with the Shocktop Pumpkin. I’ve actually had this kind before and it’s a favorite of mine. 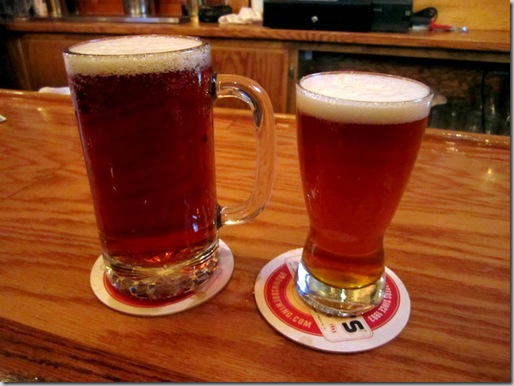 When we were served our beers, we were also handed this amazing little piece of heaven. Free pizza?!? Umm, sign me UP. 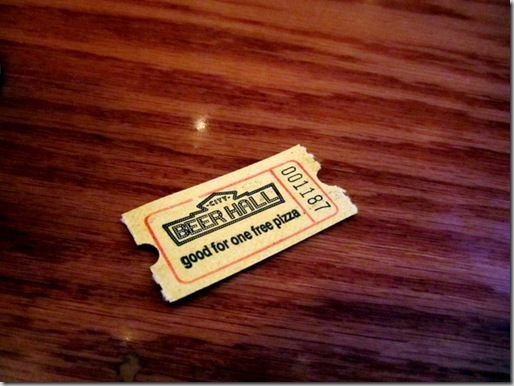 After about 5 minutes, we were served a hot, crispy cheese pizza fresh out of the oven, which was really good, too. And…it was FREE.

It was at this point that I officially became infatuated with the place. 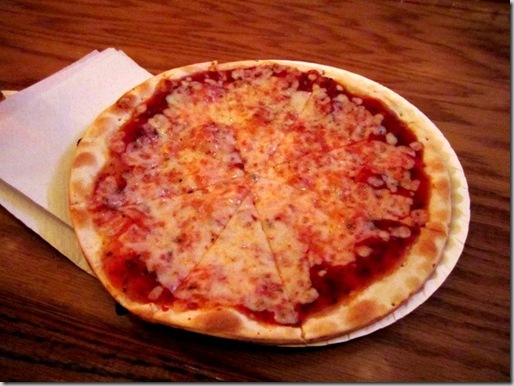 The pizza isn’t huge (the size of a paper plate and super-duper thin) so Jay and I had no trouble plowing through it while chatting at the bar. We also decided to give a couple more beers a go since we were having such a fun time.

I’m telling you, I don’t know what it is, but the two of us have some of our BEST conversations when we’re sitting at a bar. It’s unreal. I told him we may just have to start meeting up at our own basement bar on a nightly basis. 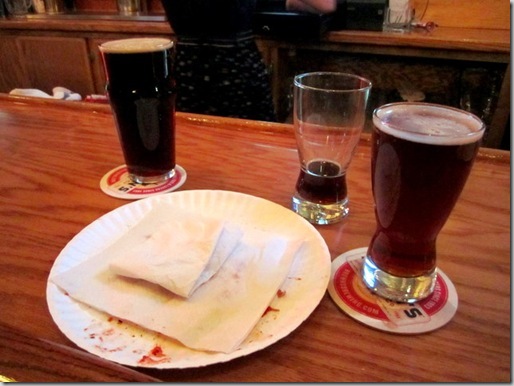 But anyways, back to the beers. I honestly don’t remember what he ordered, but I decided on the Chatham Maple Amber (the waitress let me sample a taste before ordering).

I loved how the Maple Amber was actually imported from Chatham, NY, which is only a short drive away from us. Gotta love supporting local! 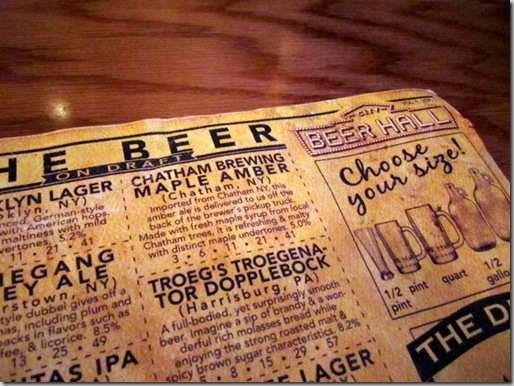 Eventually, Jay and I finished our beers and headed out to meet up with our pals at Sake Café. Sake has long been a favorite of ours for sushi, but since it’s not close enough for us to order from regularly, it’s a nice treat when we make our way there.

The main reason for us getting together last night was to celebrate a very special accomplishment for our friend, Mal. Mal is a teacher and she was just granted tenure (which, as a teacher, is a HUGE deal) so it was definitely reason to celebrate. Congratulations, Mal! 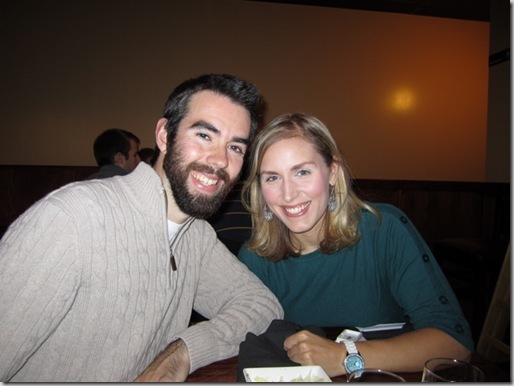 In addition to Brian & Mal, we also had the pleasure of spending the evening with Denise and Mike who are always a good time. 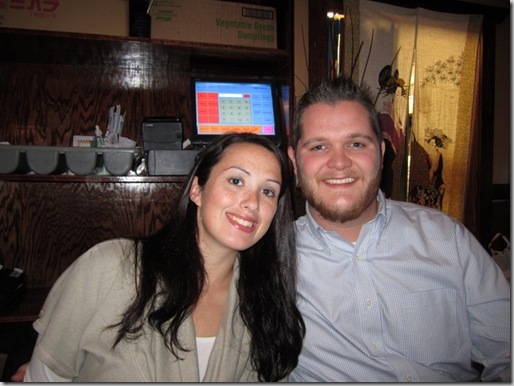 At dinner I ended up having a glass or two of pinot grigio, which was good, but not great (we picked up a bottle of something cheap on our way there). 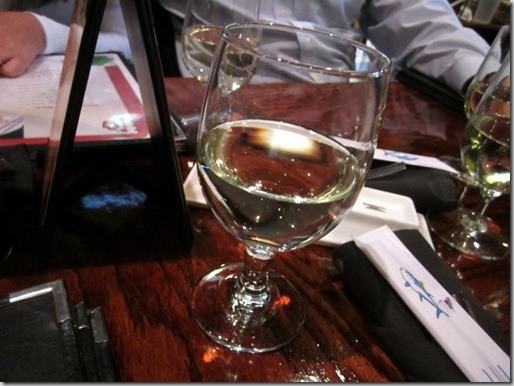 To start, Jay and I shared an order of edamame. When I first asked him if he wanted to share it with me, he proclaimed that he had no idea what it was. All I had to do was tell him that it’s the stuff that looks like pea pods, and he was quickly on board. Ohh, boys. 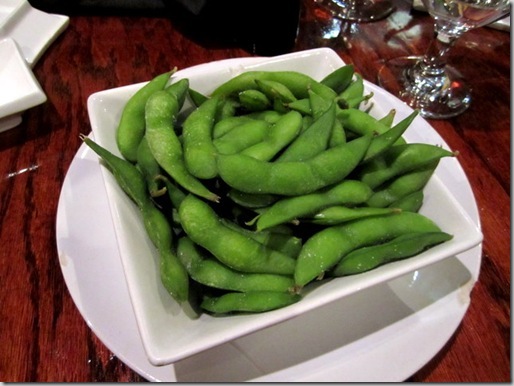 For my entrée, I decided to go with two rolls instead of my usual three, since we had already had some pizza at the bar.

I went with an Alaska Roll and a California Roll which is actually the same thing that I get basically any time I go here. What can I say, I’m a creature of habit. 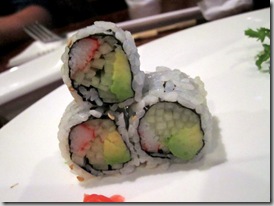 After dinner was over, we all decided that the night was still young and that we wanted to continue the fun, so we headed down to our second new-to-us bar for the night, Stout.

Luckily, it was still fairly early so we had no problem grabbing a spot at the bar. 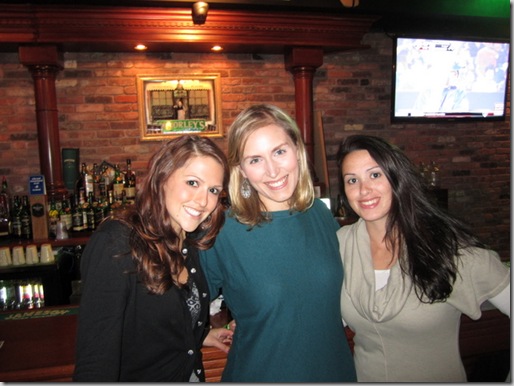 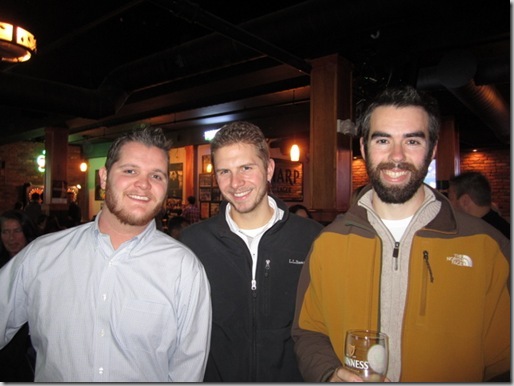 When we first arrived, I wasn’t sure what if I was in the mood for a drink, but then the bartender told me that they had BluePoint Pumpkin Ale on tap (which is amazing, by the way) and then she told me that they serve it with a cinnamon-sugar rimmed glass. 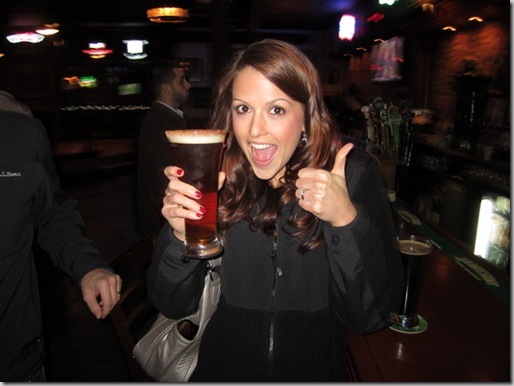 Does that not look amazing or what? It’s funny because I had just said to Jay earlier in the night that I wish there were places around here that actually did this. Now I know, I guess there are!

Unfortunately, I think at this point I had already had enough with switching back and forth between the beer and wine at dinner, so I probably only had about 5 sips from it before calling it quits. I totally wasted a beautiful, beautiful thing. I guess I’ll just have to go back and make up for it soon.

Either way, it was an awesome time and I was so excited to have tried two new places in one night. We need to do this more often!

This morning, Jay and I enjoyed sleeping in for a bit before getting up, doing some cleaning, and making an easy breakfast of coffee and oatmeal. 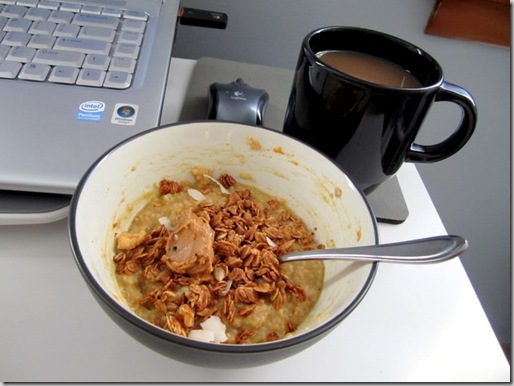 I gave zero effort on attempting to make things look pretty today, sorry folks. Oats cooked in the microwave just are not pretty…but they are delicious! 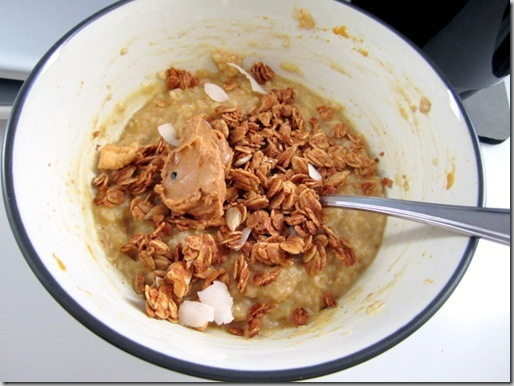 Now I’ve got to hurry up and get ready because my friend Kate is coming over and we’ve got a date at the Farmers Market. So much fun and so many friends…I love it!

When is the last time that you visited a new bar/restaurant? How was it?

Jay and I have actually totally converted on this – I used to only drink Michelob Ultra and he mainly drank Coors Light. Now we’re all about trying new craft beers…it’s funny how tastes change.