1. Woah. Talk about falling off the radar, huh? I can’t believe I haven’t had a chance to check in since Monday. I think that’s the longest I’ve gone without blogging since, well…ever. Sometimes I wonder how the heck I ever blogged three times a day…??? 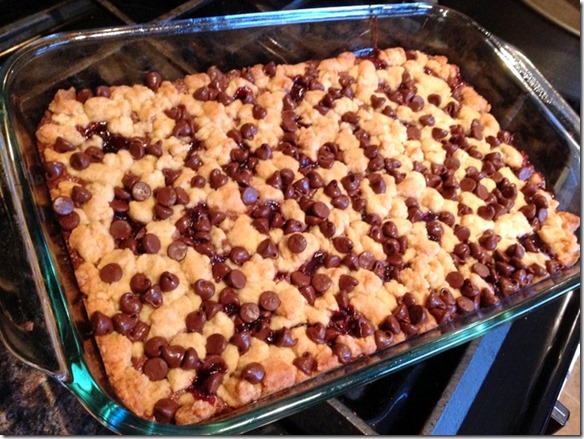 3. I’m hoping we’ll get a chance this weekend to bring Lucas to get some pictures taken with Santa. *For the locals, does anyone know of places to go that aren’t the mall and/or cost a fortune??

4. These holiday jelly beans are pretty darn delicious (the company sent a couple bags to me). 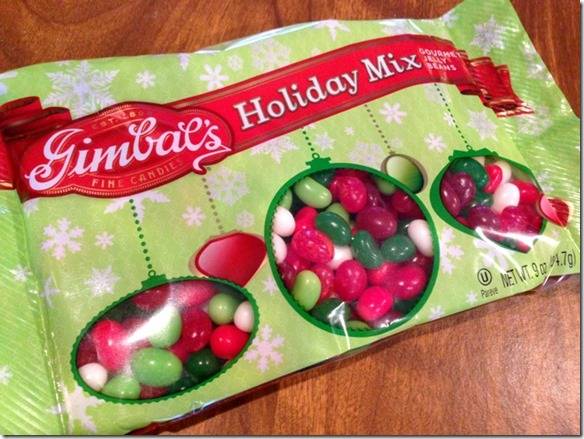 Jay and I have been snacking on them all week and there are not many left…with the exception of the cinnamon ones. Blech. I am not a cinnamon-anything sort of gal (unless it’s the actual spice).

5. So I sorta got my act in gear this week and actually made a couple of dinners! On Monday, Jay and I tag teamed dinner and made Kristen’s Chicken, Bacon, and Artichoke Pasta with Creamy Garlic Sauce. Ohmygod soooo good. 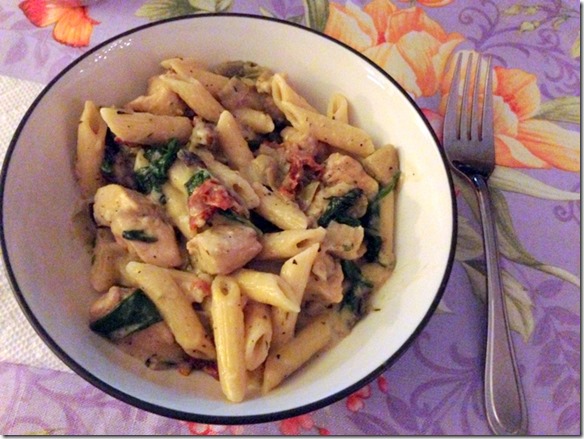 And it makes a TON of leftovers with two people eating. Another yummy meal this week was the always-favorite BLT sandwich with some homemade sweet potato fries. 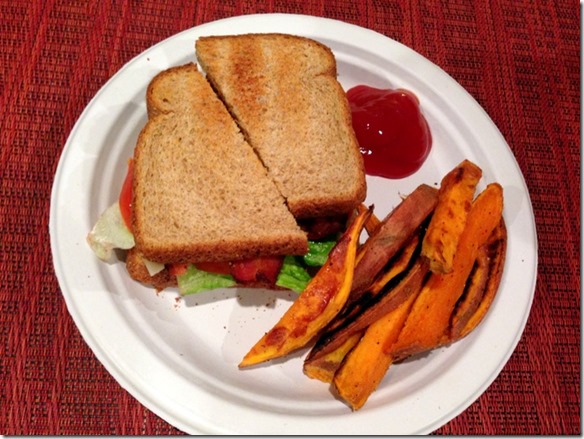 Mannnnn, what is it about BLT’s?! Seriously.

6. Lucas has recently become quite interested in Cody. Anytime he spots Cody in the room he watches him like a hawk. It’s too funny. 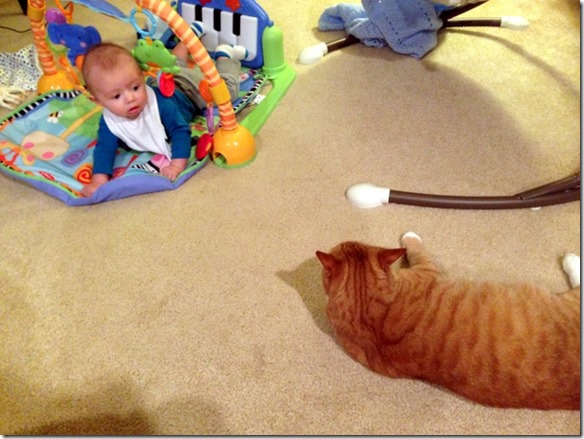 7. Speaking of Cody…yes, our favorite furball is still around and doing well! Poor guy…never really gets any face time on the blog anymore. Sorry, bud. 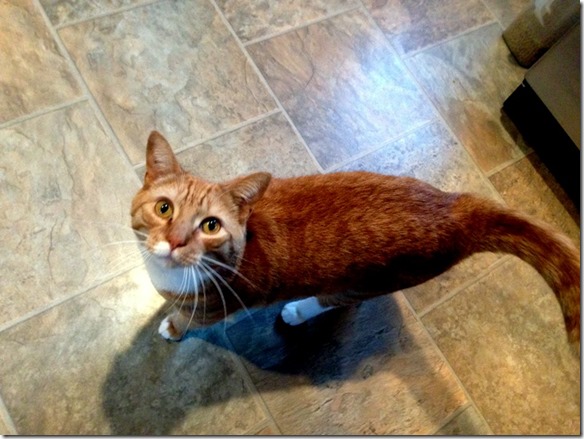 8. And speaking of Lucas! Homeboy has become quite the roller. Seriously…there’s pretty much no more of him hanging out on his back anymore. 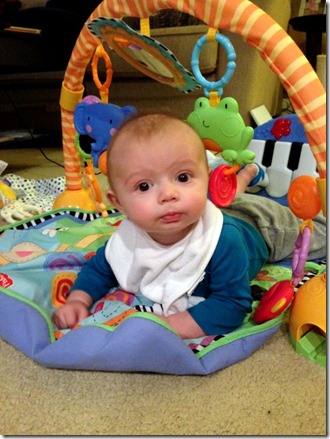 He lasts a couple of minutes, and then before we know it, he’s on his tummy. He’s growing up so fast on me…

9. In case you’re curious about how the whole sleeping thing with Lucas is going, it’s going fabulously! And you want to know why? Oh, well that would be because Jay and I still have him sleeping in his Rock ‘n’ Play at night. Little man sleeps like a rock star in that thing…and yes, we’re still putting off the crib. For various reasons. No judging me.

10. Peanut butter is always a love of mine, but this week? Oh goodness gracious…I can’t get enough. 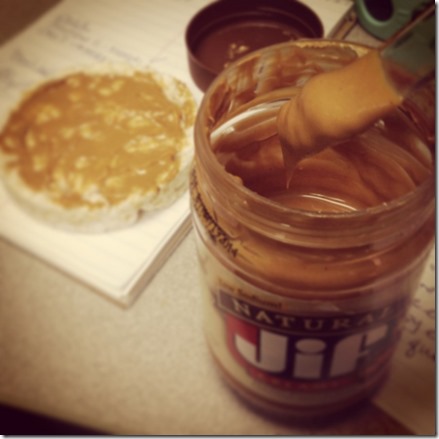 If you had dropped by my desk at work at all this week, you probably would have seen me eating it straight out of the jar…with a knife. Yes, because I was too lazy to go get a spoon.

11. The amount of laundry that babies produce is sort of unreal. I feel like we’re never, ever caught up on it all. 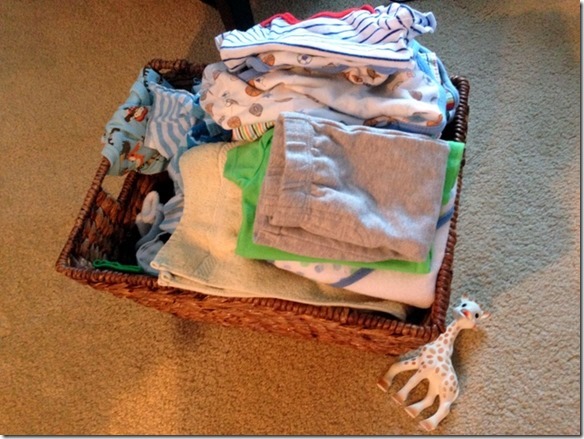 12. Jay and I have come to the realization that we think we like Jake and the Neverland Pirates just as much as Lucas does. I catch myself singing the song all. the. time. and I’ve even caught Jay watching it while Lucas isn’t even in the room. Is that bad?

Anybody superstitious out there??