After lounging it up all day at the pool yesterday, Jay and I finally decided to put ourselves together and head out for some dinner.

We wanted to try somewhere new and we wanted somewhere with an outdoor patio, so imagine our delight when we checked out this place. 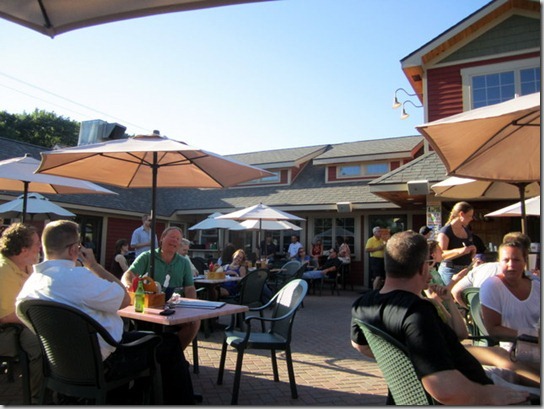 Just look at that patio!

We did a little research before leaving the house and came across a restaurant called The Mill. As soon as we pulled in the parking lot, we almost ended up turning back around because it looked absolutely packed, but we decided to scope it out first. Good thing we did…there was one table left with our name on it! 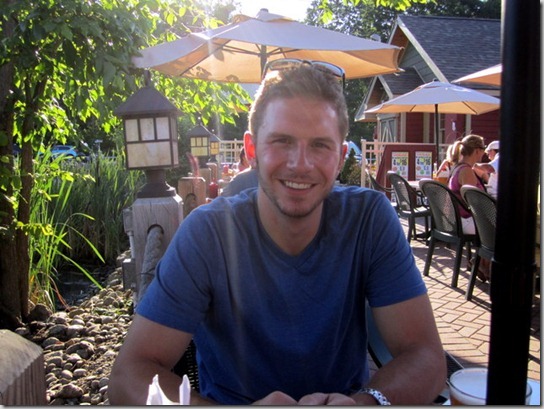 Of course, I decided to sit on the side directly facing the sun…not a good move on my part. 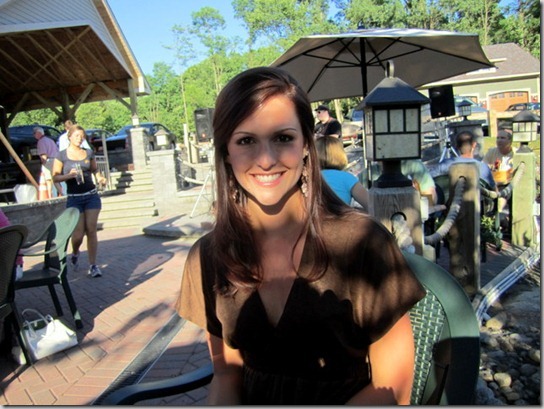 But it was nothing a quick, 45 degree turn on the table couldn’t fix.

We both started out with a couple beverages – wine for me, beer for him. 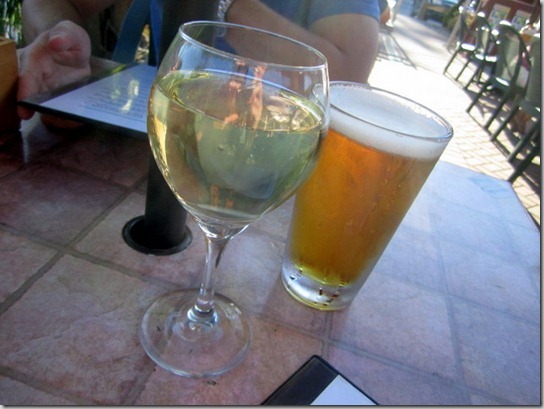 And enjoyed sipping on them while listening to the live entertainment that was right near by. 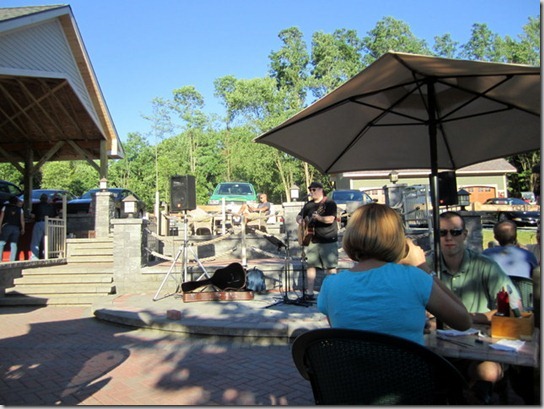 As soon as we were seated and handed menus, we both immediately spotted the pulled pork nachos and impulsively told our waitress that we needed some. 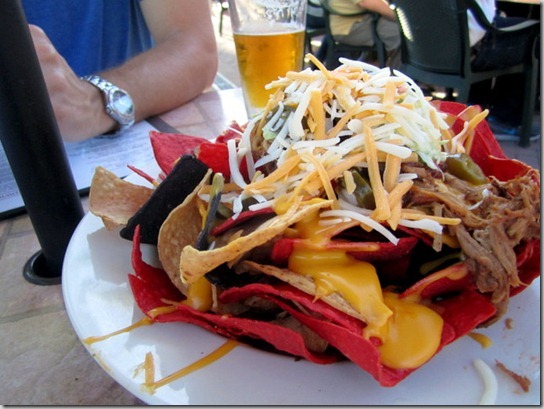 The pork was delicious, but I really could have done without the liquid cheese…I’ve never been a fan of that stuff.

We ordered them so quickly that I also forgot to ask for no olives and jalapenos on the side. I spent my time navigating around them, but then Jay tells me that the jalapenos (or “jollies” as we call ‘em) are “really not that bad – not spicy at all!” So, for some odd reason, I decide to be feisty and try one all by itself… 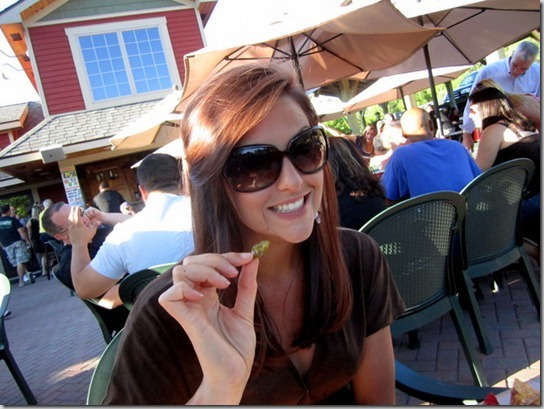 Thankfully the fire that was happening inside my mouth calmed down by the time our dinners came. I ordered the Cran Apple Salad which came with grilled chicken, dried cranberries, apples, candied walnuts, and carrots. 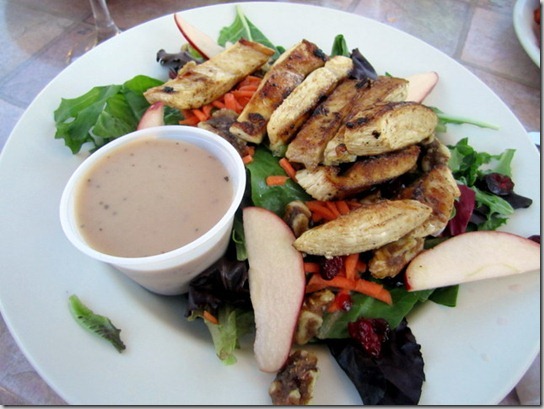 It was pretty good, nothing crazy.

But I was in good company so that’s all that mattered. 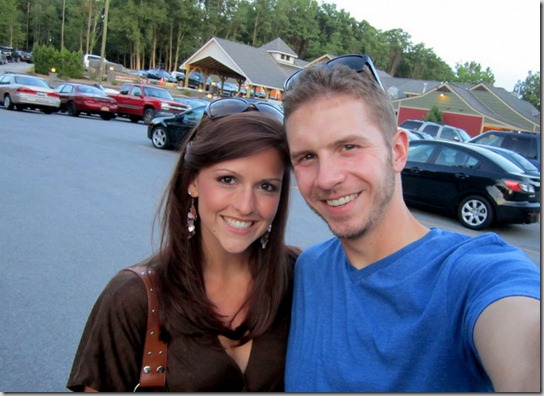 Happy Weekend, everyone! I don’t know about you, but I’ve got lots of fun on the agenda for today and tomorrow…it’s a bachelorette party kinda weekend!