Since I’ve still been too stubborn to turn on the second AC, I spent the majority of my afternoon catching up on some blog-related to-do’s in the bedroom, since we do have that AC blasting.

And because it was so warm in the rest of the house, I decided to allow Code-man to come in and keep me company (usually the bedroom is off-limits for this reason). At first, all he wanted was attention… 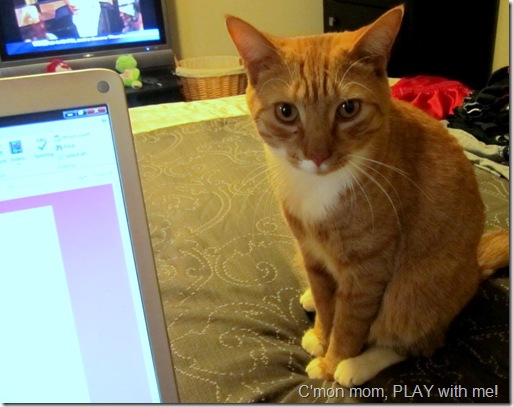 Then we had a bit of a staring contest…but I won. 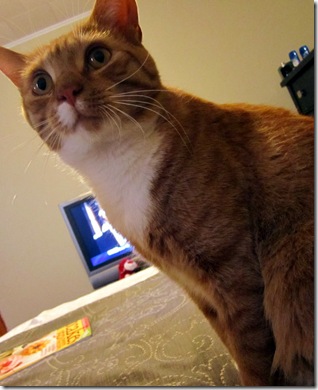 So he got all flustered on me. 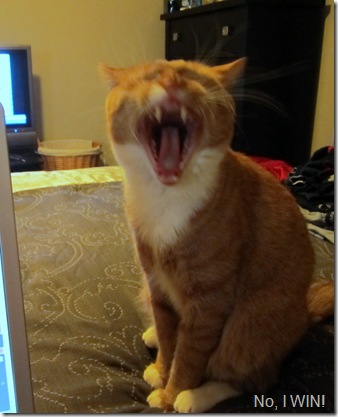 and spent a good half hour hiding under the bed. Talk about a sore loser.

Eventually, he came to his senses and came back up to join me. 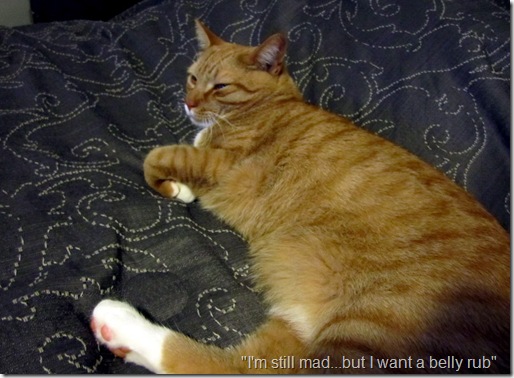 And the two of us had some good ‘ol QT together. 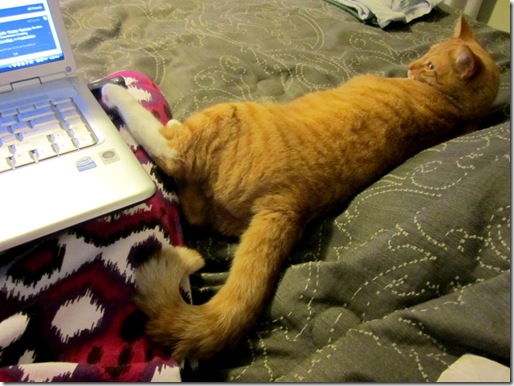 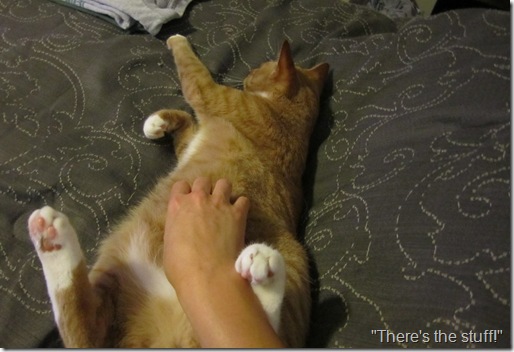 Eventually it was time to make something for dinner. Unfortunately, the dinner situation in our house is pretty lame-o right now. I’m trying not to do any grocery shopping this week, since we had so much last week, but our supply is slowly starting to dwindle.

I ended up making the same wrap that I made on Monday, 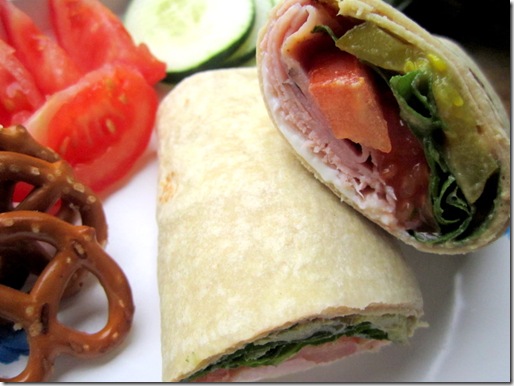 along with some extra tomato and cucumber slices, and a few lonely pretzels from the bottom of the bag. 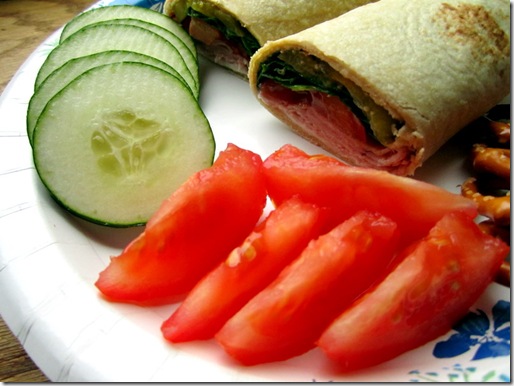 Nothing too exciting, but it was still pretty good. 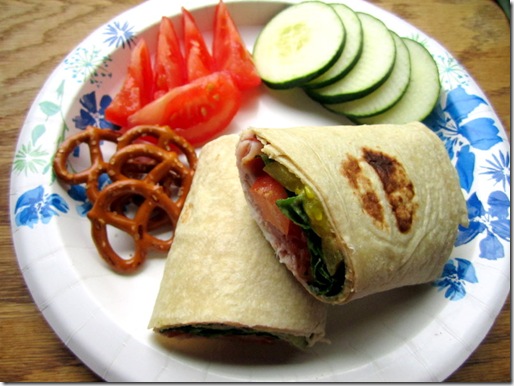 Since Jay and I had to run out and take care of a few errands this evening, my one saving grace for the night was that I was able to convince him to stop for some dessert from my favorite ice cream place.

Only tonight, I totally switched up my order and went with sherbet instead. 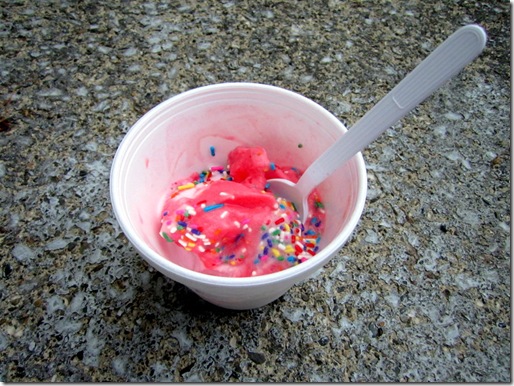 For some reason, sherbet had been on my my brain all afternoon, and I can honestly say that this is the best sherbet I have ever tasted. Hands down. I got a mix of their homemade raspberry and watermelon sherbets, which were both so light and refreshing, with the perfect amount of sweet and tart to them.

My serving also came topped with so many rainbow sprinkles that I actually had to give some away to Jay. 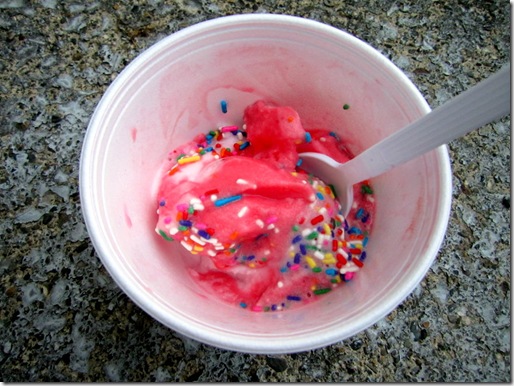 They were obviously more than generous tonight, but I sure wasn’t complaining. Everything’s always better with rainbow sprinkles.

And that, my friends, is how to solve a lame-o dinner situation!

What’s the last lame-o meal you had???

Were you able to solve it/fix it?

« Bright and Colorful
How To Make Last Minute Iced Coffee »