Today, I had the pleasure of spending a good portion of my afternoon with the “Big Guy.” Since it was such a beautiful day, we spent a good amount of time outdoors either by the pool or playing ladder ball. 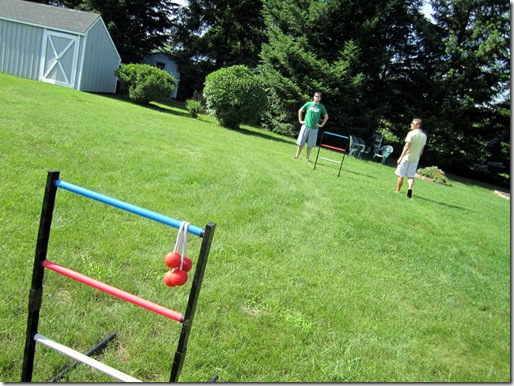 Jay was my partner, and umm…let’s just say I may be in the market for a new one. 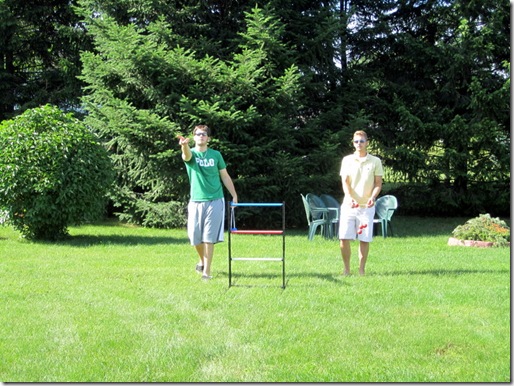 Actually, I think I may have found a new partner. But no hard feelings, mmkay Jay? 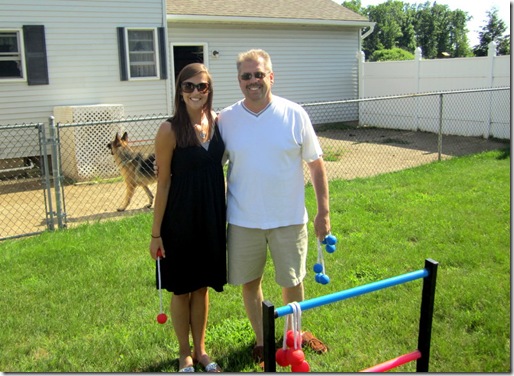 Shortly after, we got the grill fired up and got ready for some dinner. 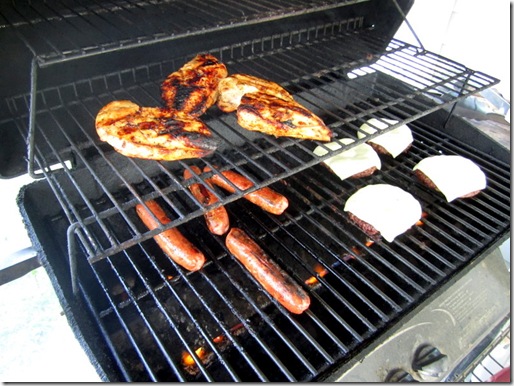 I had to laugh, because after looking back on last year’s Father’s Day, I realized that we had the exact same meal. Hey, I guess we’re creatures of habit, right? 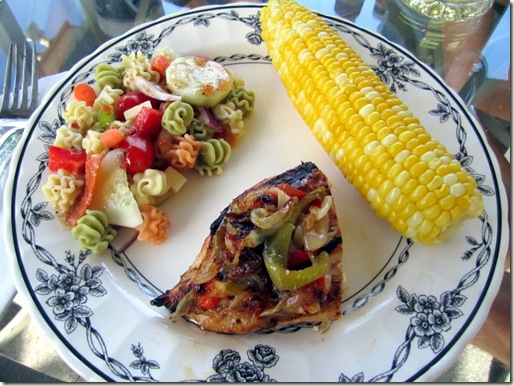 For dinner, I had some of mom’s amazing pasta salad, corn on the cob (which was pretty good for being so early in the season), 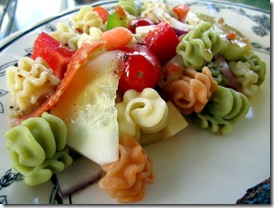 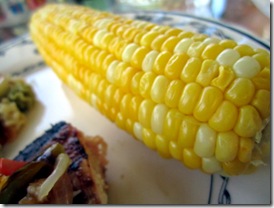 and half of a large piece of grilled chicken which I topped with some sautéed peppers and onions…hence making this piece of chicken absolutely delicious. 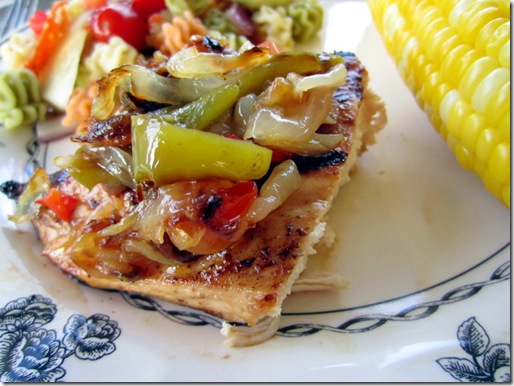 We all ate dinner out on the patio while watching the cutie Irishman, Rory McIlroy, win the US Open. It was so exciting to see such a young, humble player win!

Not long after the win, dessert was brought out… 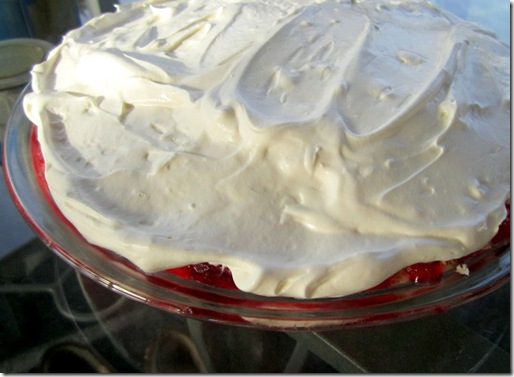 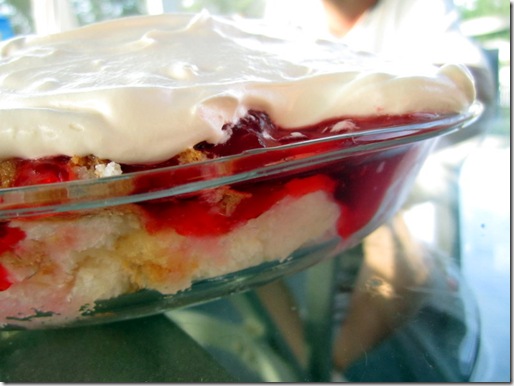 Knowing full well what happened the last time I encountered this stuff, I made sure to have mom portion out my piece and keep the rest out of reach. I can’t be controlled. 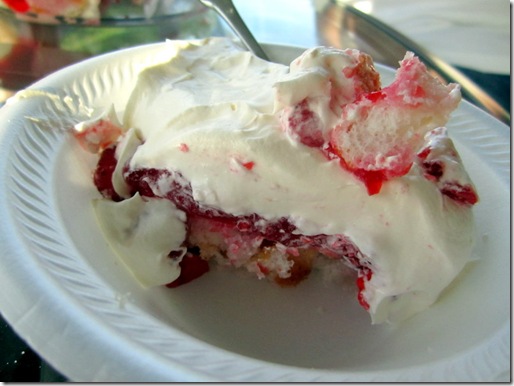 But luckily, mom did a good job of keeping my portion closer to that of a human being, rather than a small army of them. So along with the pie, I also nabbed a mini fudge fancy cookie. I picked up a package of them early from Bella Napoli, since I know they’re one of my dad’s favorites. 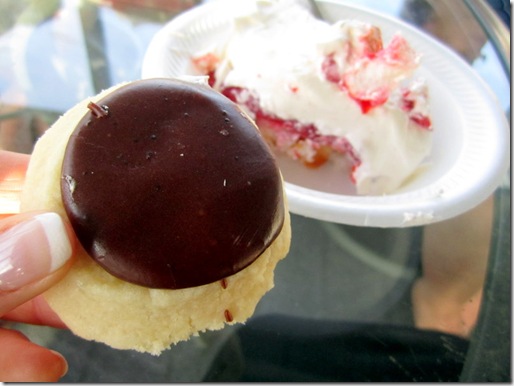 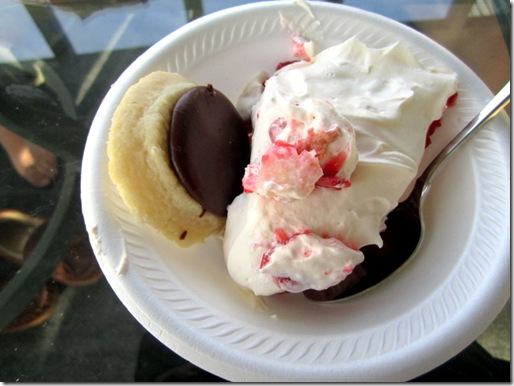 It was a great day spent with family and, of course, the man of the hour. I’m so thankful for my dad for so many reasons…

Not only has he been the most amazing father a girl could really, really ever ask for. But he’s also taught me some of the super-duper important things in life.

Like how to bargain shop at the grocery store.

Or how to get the most out of clipping coupons on a Sunday morning.

He’s taught me how to keep my crap organized.

And how to heckle the other team at softball games. 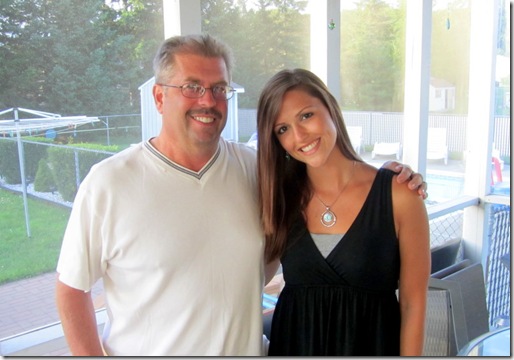 He’s a pretty awesome guy, and I’ll always be proud to call him Dad.