I am very happy to report that I slept like a baby last night and did not need to get up once for a inhaler rescue! Waking up with a clear set of lungs is definitely a great way to set the day right.

So I continued on the right foot, and footed it right out to my TV for a little strength training – Jackie Warner’s Total Body Power Circuit. It’s been a while since I’ve done this one, and my muscles were definitely a-shakin’! I’m back in the game…LOVE it.

I’m really thinking my newfound lung capacity put a little extra spring in my step, because it had me feeling like it was time to bring back some old favorites today.

Such as delicious waffle creations. 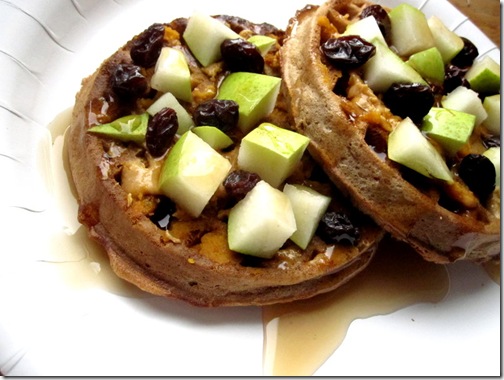 I toasted two Van’s Lite Waffles, and topped them with: 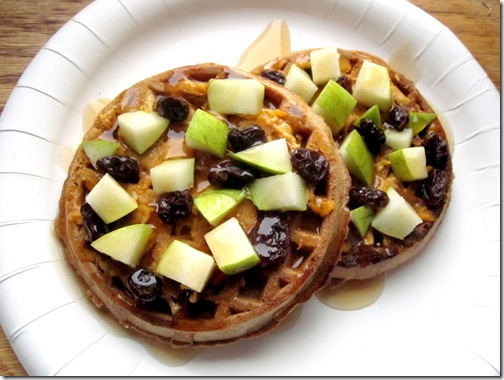 When I tell you that these were some amazing waffles, I promise…I’m not kidding. 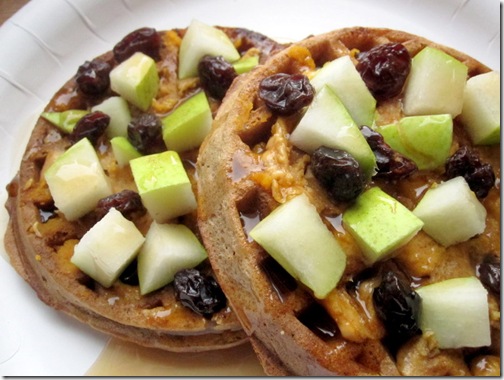 Of course, I enjoyed them with a yummy mug-o-joe. 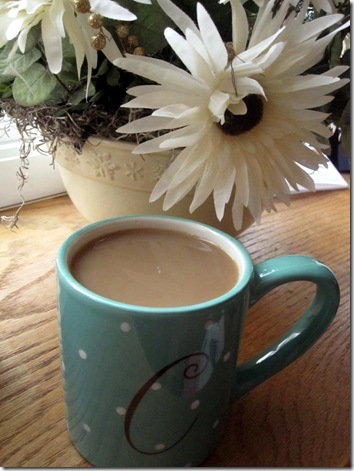 A little later this afternoon, after a lovely 3-mile run on the treadmill (ahhhh, to be able to breathe again!) I broke out another old favorite… 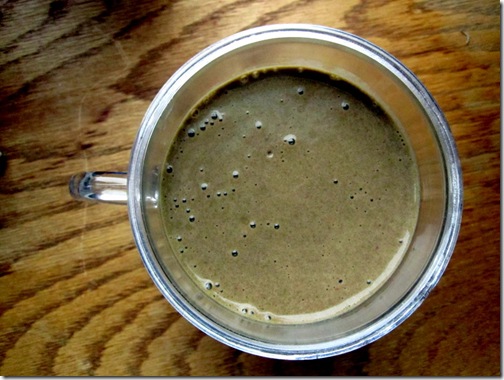 Very rarely do I crave cold things when the temperature drops (unless it’s ice cream), but for some reason it just felt right. Needless to say, I’m not freezing my behind off… 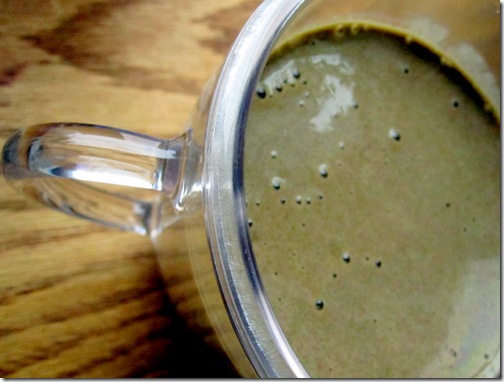 …and picking raspberry seeds out of my teeth.

So yesterday, I was tagged once again by my favorite fellow shoe-lover, Shanna in another fun trivia game. Here goes nothin’…

After doing a quick sweep, I just counted 33…however all my summer shoes are put away right now…so probably closer to 45ish? Obviously, there is never too many shoes. EVER.

2.   How have you influenced your significant other’s eating habits?

Hubby is now much more willing to eat a wider variety of fruits and veggies. He never really had “bad” eating habits, but he knows what he likes.

Not sure if this means when I was a “kid” or now, but I tend to have serving size issues with ice cream. Seriously, I want to know who thinks 1/2 a cup is a serving…?

4.   What is your favorite chain restaurant?

Currently, I’d have to say Ruby Tuesday’s or Olive Garden.

5.   Who was/is the biggest influence in your cooking and/or baking?

My MOM has definitely been a huge influence, but I’d also have to say that there are a TON of blogs who have also influenced my cooking.

Ryan Reynolds, how I love you so.

Paul Walker is right up there, too.

7.   What is one of the best compliments you’ve ever received?

Yikes, this is a tough one? Any compliments I receive on something I’ve worked hard on in the kitchen are always exciting.

10.  What European city would you most like to live in?  Why?

Probably Rome, Italy – The stores, the food, the architecture…what’s not to love??

Anything else you want to know?? Just ask!

Answer any two (or more!) of the questions above for yourself!