Actually, no. I take that back. That sort of gives it a bad connotation, and I am so happy to say that today is actually a GOOD day. Granted, it did include one small part that I reeeeally could have done without, but I’ll get to that in a sec.

First up…breakfast. I’ve had this almost empty PB jar sitting around for almost a week now which, in my opinion, is just too long. So this morning, I whipped up a batch of pumpkin custard oats (minus the banana, because I forgot) and enjoyed that along with a mug of hot coffee. 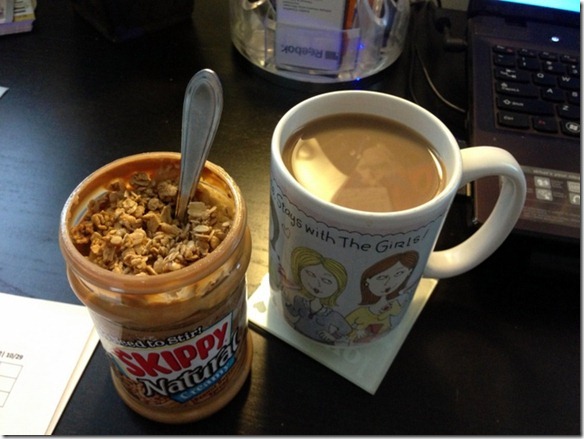 This breakfast actually wound up being so filling that I couldn’t finish the whole thing. That, my friends, is usually crazy talk. I always finish my breakfast.

Then again, I think part of it may have been my nerves acting up, thanks to what I had to do next… 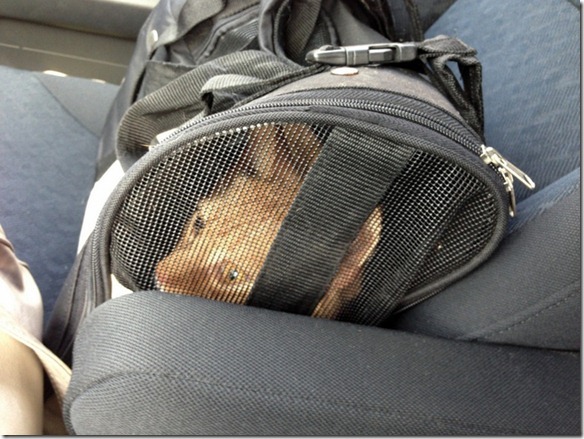 I’m just gonna put this out there…Jay and I are bad kitty parents. We have neglected to bring our little Codester to the vet since we first got him…about 3 years ago, when he was still our little fuzz ball.

Honestly, besides the infection he had when we first found him, he has never had one problem, and we just kept putting it off and putting it off. For at least the past year, we’ve been saying, “we really need to bring Cody to the vet,” and then we, well, forget about it.

Last week though, Jay happened to notice a couple of small cloudy spots on Codester’s eyes. They’re probably only about a couple millimeters wide, but as soon as we saw them we knew we needed to get them checked out. So I made the appointment and this morning was the day.

Now let me tell you that I am horrendous when it comes to seeing Cody unhappy and/or sounding sad (lord help me for whenever I become a mother). Getting him IN to his cat carrier was a 10-minute ordeal on its own, but then we got into the car…

And the sad meows started immediately. He got me feeling so bad at one point that I actually started tearing up because I felt so awful (I know, I’m a lunatic). 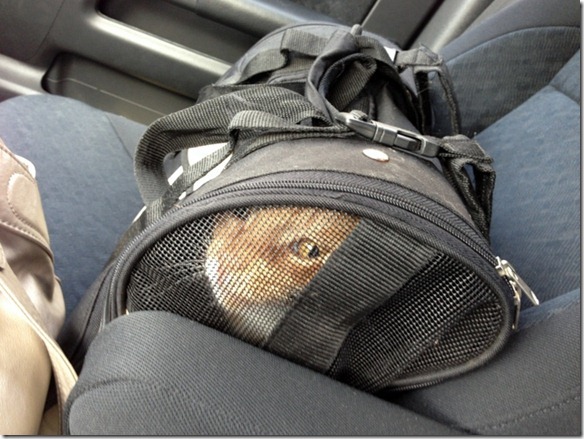 After what seemed like an eternity, we finally made it to the vet and he was a very good boy. He got his rabies shot and got his little peepers looked at. Thankfully, they tested negative for ulcers, but they’re most likely some sort of calcium/cholesterol/fatty deposits, so we have to keep monitoring him and bring him back next month. (Keep your fingers crossed that they don’t end up growing!) The vet mentioned that we mayyyy want to cut back slightly on the food for our hefty 13 pound tubster…like I said, bad kitty parents.

Cody and I went through the whole sad meowing ordeal the whole ride back – me talking to him as if he could really understand me – and then we finally got home. 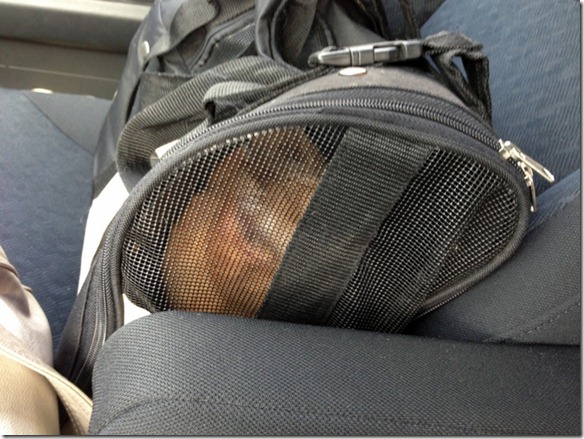 I thought for sure he was going to wind up hating me all day, but I am happy to report that we are on very good terms right now. 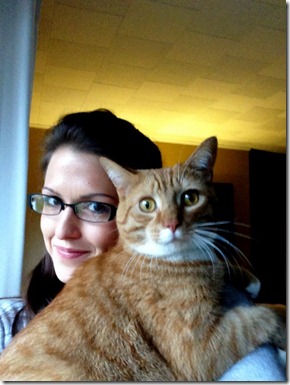 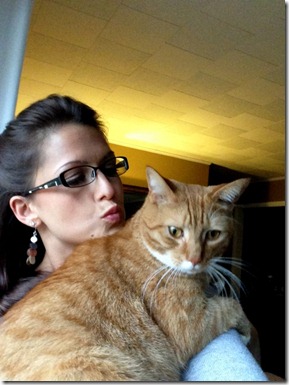 He loves his mama…almost as much as his mama loves him.

Once we got back home, I changed into my workout clothes and got ready to do a little yoga; I am feeling much better this week than I was last, and definitely ready to jump back into the yoga challenge! I checked out my On Demand channel and found a fast-paced 25 minute video to try out, which turned out to be not too shabby. It incorporated some various Pilates and strengthening moves too, so I liked the extra muscle burn it gave me.

Shortly after yoga, it was lunch time, and let me tell ya…probably one of the best fall salads I’ve made all season. 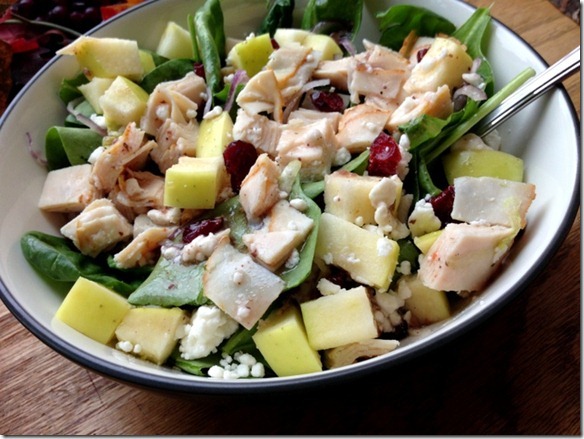 I wound up taking off all of the deli chicken from my leftover half sub from yesterday (and the onions), chopped it up, and added to a big bed of fresh spinach. Along with the chicken, I added half of a chopped golden delicious apple, dried cranberries, feta cheese, and some raspberry walnut vinaigrette. 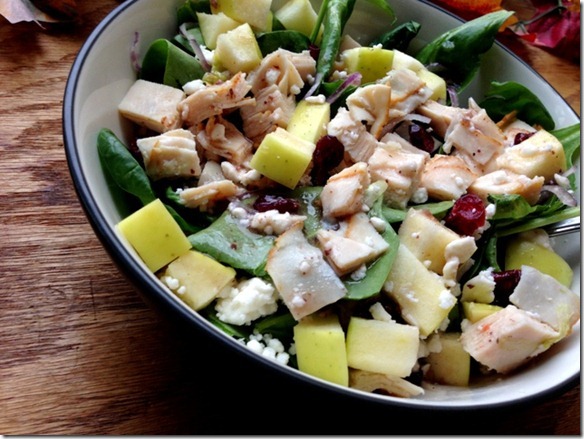 I seriously want to have this thing for lunch every day for the rest of the week. Too bad I’m fresh out of leftover subs…

Alright, time to go back out and spoil the Codester some more. Can you tell I’m feeling terrible? Oy vey.