I love all the different colors I packed up with me for lunch and snacks today. For some reason, I always feel like a meal is that much more enjoyable when there’s more colors on my plate. Anyone else with me on that one? 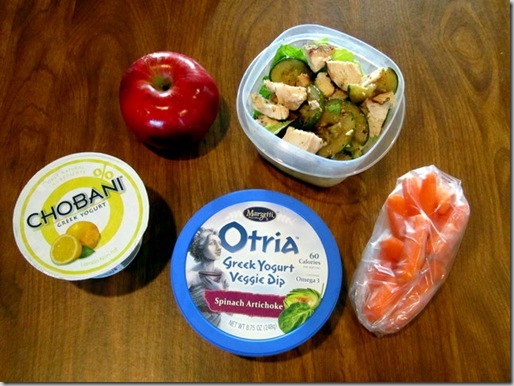 The main star of today’s lunch includes some leftovers from last night’s dinner. I paired the other half of my chicken along with the rest of the sautéed zucchini and some romaine to make for a little grilled chicken salad. 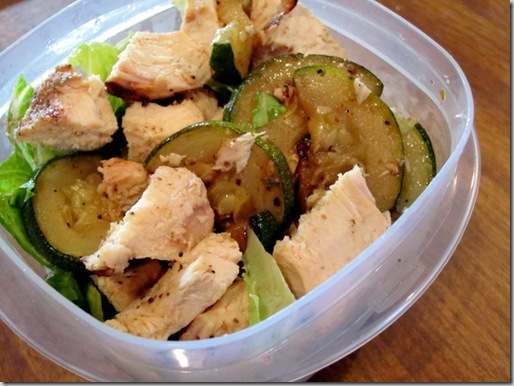 Since the salad isn’t huge, I also packed up a lemon Chobani, a delicious Cortland apple (they are SO good right now!) and some carrots and spinach artichoke dip. 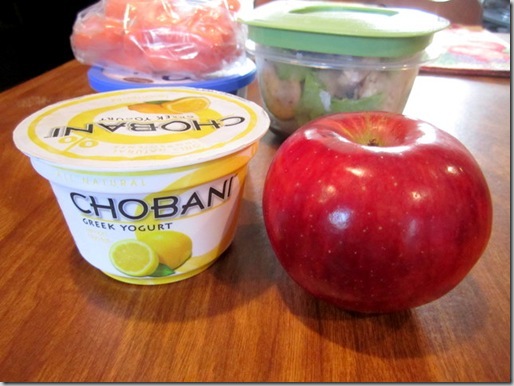 Last week, I briefly mentioned this snazzy little Greek yogurt dip to you all and even had a couple of you ask me about it specifically. Some of you have seen it in the grocery store and are wondering whether or not it’s worth a buy. Well, let me give ya the skinny on this stuff.

First of all, I was offered an opportunity a few weeks ago through Clever Girls Collective to sample one of the Marzetti Otria® Greek Yogurt Veggie Dips. As always, I’m going to be totally honest with you all with my review so don’t you worry one bit about that.

There are currently five different flavors of the veggie dips, including Garden Herb Ranch, Cucumber Dill Feta, Chipotle Cheese, Salsa Cilantro, and Spinach Artichoke. After checking out all five, I decided to give the Spinach Artichoke a shot. What’s funny is that it wasn’t until after I bought it that I realized that I had actually already tried this same exact one. Whoops…so much for variety! 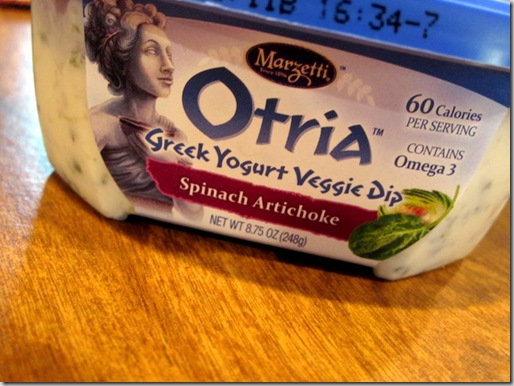 Nutrition-wise, there’s nothing jaw dropping; it’s pretty similar in fat and calorie content to my usual hommus that I enjoy with veggies, and the ingredient list is so-so – I’ve seen better and I’ve seen worse. Much worse. 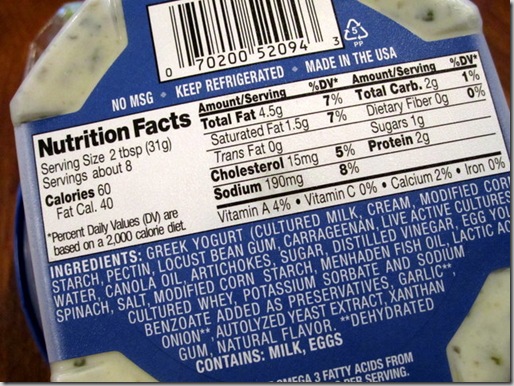 Flavor-wise, I love this stuff. To be totally honest with you, I’m not always a huge fan of Greek yogurt dips. While I love Greek yogurt as-is, sometimes once it gets into “dip” form, the tanginess of the yogurt tends to turn me off.

However, this particular variety has a enough flavor from the spinach and artichokes to give it more of the creamy flavor that you would expect from a regular dip. It’s fairly creamy and actually reminds me a bit of  the consistency you would get from a dip made with low-fat or fat-free sour cream, so if that’s not your thing then this dip may not be for you. Hopefully that makes sense? 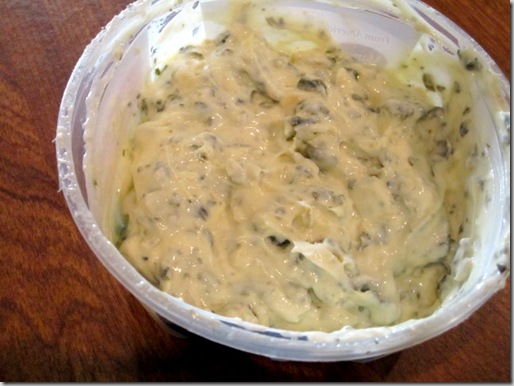 While I can’t speak for all of the flavors, since this is the only one that I’ve tried, I can definitely tell you that I have been enjoying this stuff with my carrot and celery sticks like it’s nobody’s business. Jay has even been enjoying it occasionally too, so we both decided to give it two thumbs up! (Or four, I suppose, depending on how you look at it…)

This evening after work, I have a fun night planned, including some delicious-sounding food, dessert, and some face time with two very special ladies. I’ll be sure to fill ya’ll in later!

Do you like your veggies “naked” or dipped in something? What’s your favorite dipper?

Disclaimer: I was one of the bloggers selected by T. Marzetti Company and Clever Girls Collective to host a Marzetti Otria Greek Yogurt Veggie Dip review. They provided me with product to test and compensation for my time. However, my opinions are entirely my own.