Happy Monday! I feel like I’ve got quite a bit to catch up on this morning, so let’s get right to it…starting with what you may have missed this weekend:

So yesterday afternoon, I met up with my mom to head out for, yes, another bridal shower. 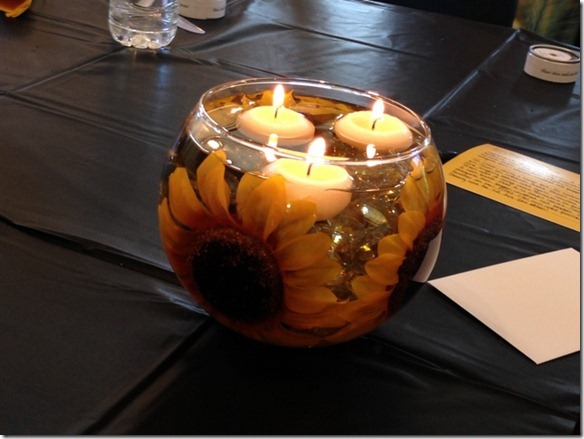 Yesterday’s shower was for my friend Heather’s younger sister, Samantha. Sammy and my brother were best buds growing up, so I’ve known Sam since she was just a little tyke. 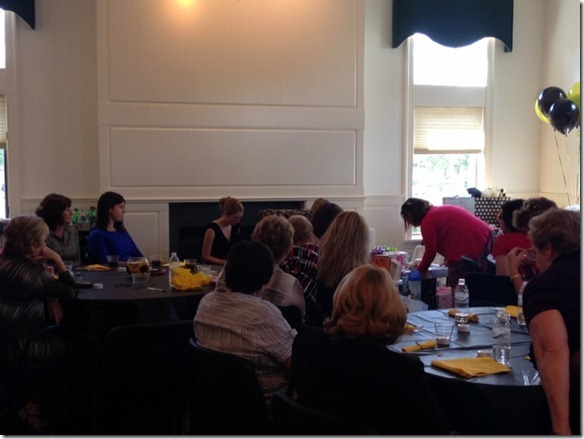 The shower was really nice and went by fairly quickly. For lunch, there was a large buffet of homemade food to choose from, so I opted for some chopped salad, homemade eggplant parm, and some sliced deli meat. 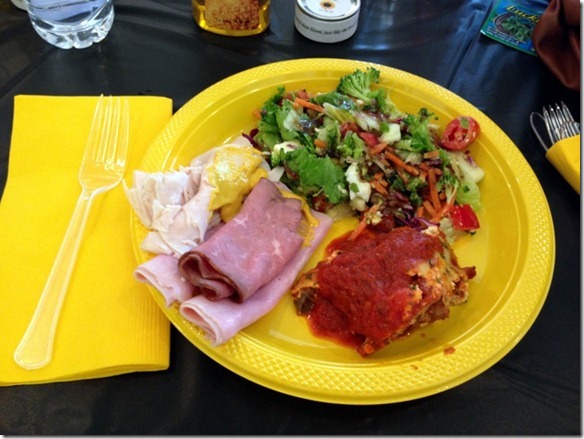 I was also pretty psyched when our table won the “purse game” and I got some new cinnamon sugar soap as a prize…hey, you can never have too much soap, right? 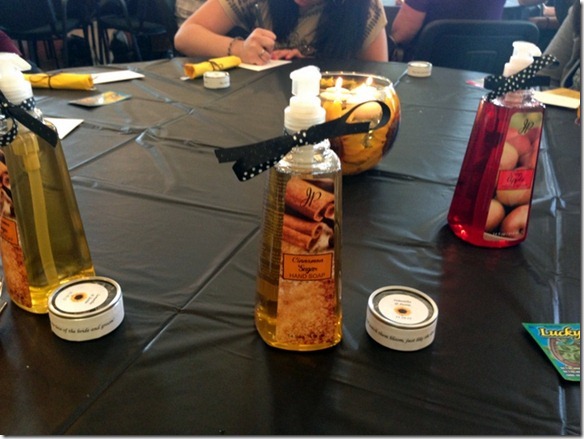 By the time I dropped my mom off and got back home from the shower, I had a few things to take care of around the house before it was dinner time. I’ve had a spaghetti squash sitting on my counter for weeks now, so I figured I’d cook that up. 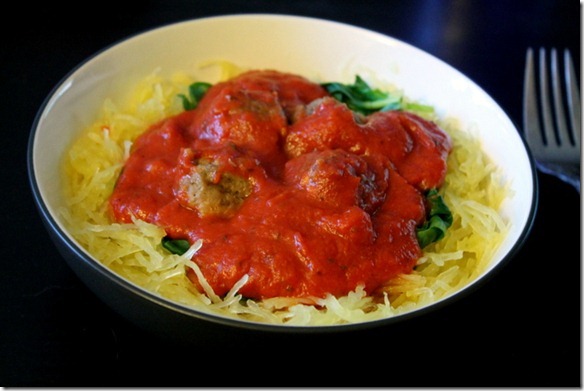 I topped half of my spaghetti squash with some steamed spinach, marinara sauce, and four MorningStar Farms veggie meatballs. 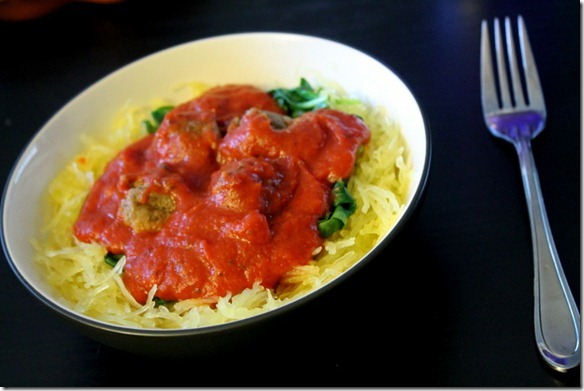 The meatballs were pretty good, but nothing crazy…just don’t expect them to taste like real meatballs.

After dinner, Jay and I spent the evening relaxing, watching the Emmy’s, and apparently not paying enough attention to the Codester. 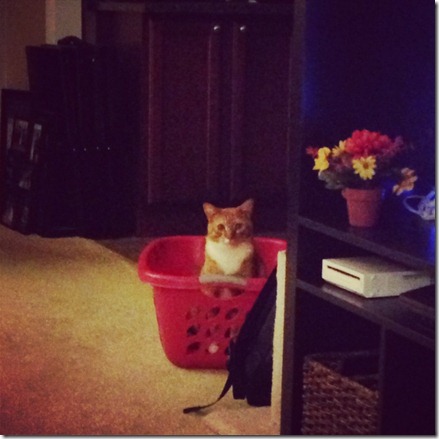 Either that, or he was trying to tell me that I need to get going on the laundry? Whatever the reason, he made us laugh.

This morning, my little guy was still looking for some attention and wound up being my workout buddy. Immediately after I finished on the treadmill, he hopped right on there. 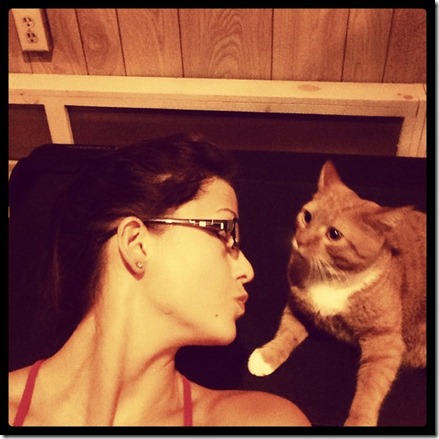 Today’s workout was my Boredom Buster Treadmill Walk + some light upper body weights, and it felt great to get moving again after taking the weekend off.

Post-workout, I followed up with some breakfast out of a jar…all thanks to my dear friends Joe and Kate who like to save their PB jars for me. I love it. 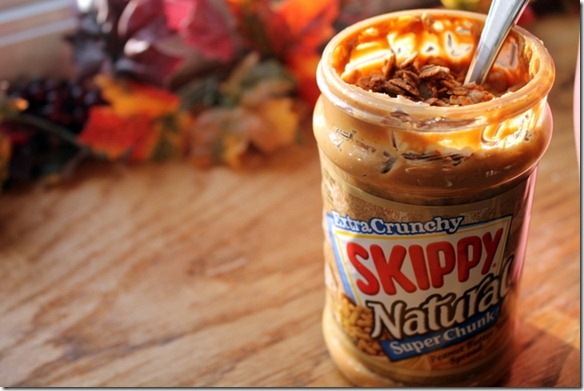 I whipped up a batch of Pumpkin Custard Oats, topped them with a bit of Love Grown Foods granola, and enjoyed them with my mug of coffee. 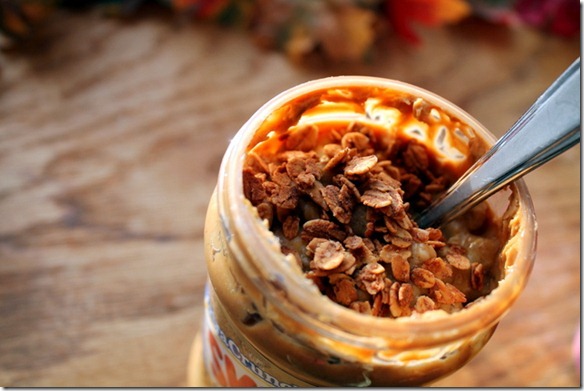 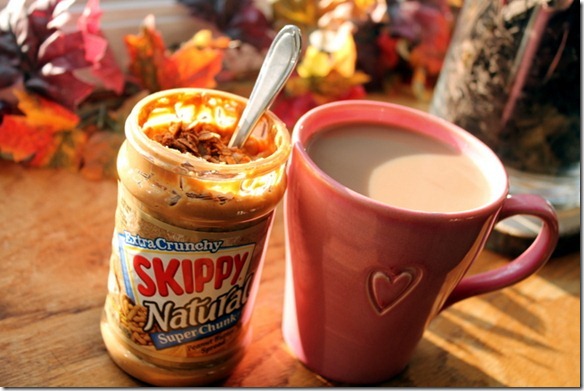 Alright, my friends…time to get going with some Monday to-do’s. Have a great day!

**Quick FYI: My friend Linda is holding a 100 Day Challenge and is offering prizes to 10 winners – if you’re interested in joining in on the challenge (today is the last day!) be sure to check it out.

For my fellow pet owners – what funny things do your furry friends do to try to get your attention?