Okay, it’s official. I am LOVING these 5:45am BodyPump classes!

I was actually a little apprehensive about today’s class because my body is sorrrre. On Tuesday night, I had my first softball practice of the season. So now, two days later, my shoulders, back, upper arms, and waist are totally feelin’ it.

It’s so funny how you can have a normal weight lifting routine, yet as soon as new moves are incorporated (aka swinging a bat, throwing a ball, etc.) you’re sore all over again.

Thankfully, by lightening up the load on a few of the tracks in class today, I was able to complete everything and felt like a mac truck hit me pretty good. After class, I hopped on an elliptical for 30 minutes of intervals, alternating between going forward and backward. 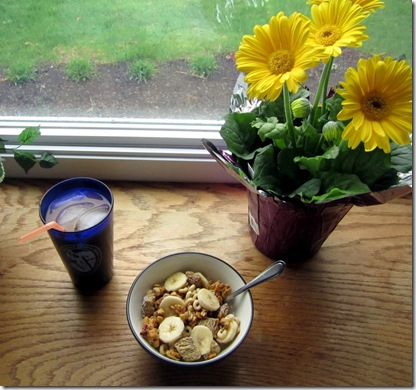 So I made sure to change that around this morning. Today we’ve got Kashi Go Lean Crisp, Honey Nut Cheerios (sorry to steal from your stash, Jay), and some Frosted Shredded Wheat with vanilla almond milk and banana slices. 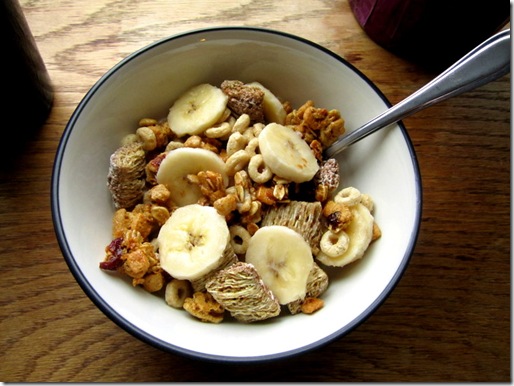 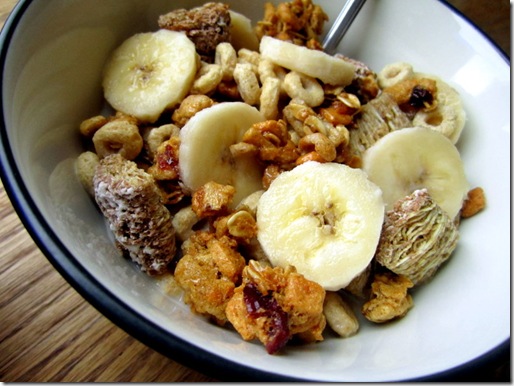 I also had some iced coffee with skim milk today, which I brewed up last night before going to bed. 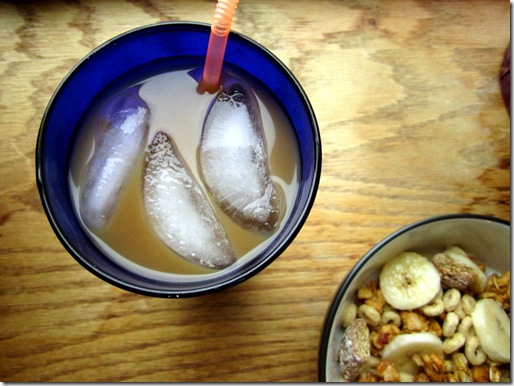 As I was looking through my cabinet for a glass this morning, I happened to come across this one which I’m not sure I even realized we had… 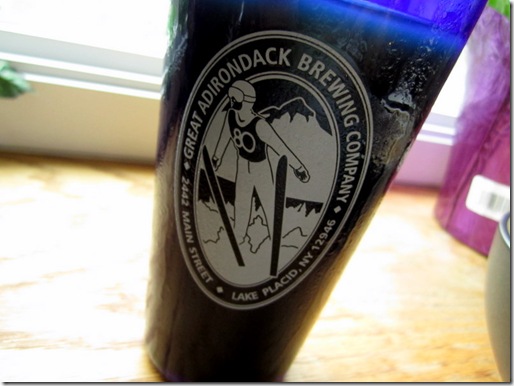 It’s actually from the restaurant where Jay and I got engaged. 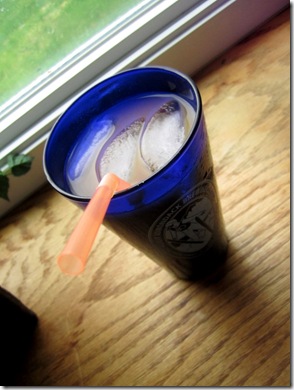 Apparently, I must have snuck it out the door with me?

Yeah, I guess I sort of have a bad habit of “collecting” things like that.

It’s a pretty nasty one out there today… 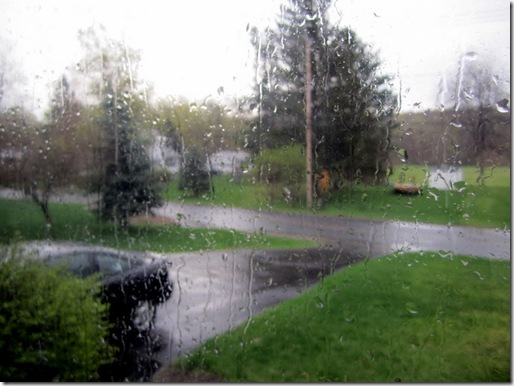 Which I think has caused my little buddy to attempt to take shelter from his normal window spot. 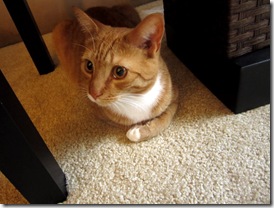 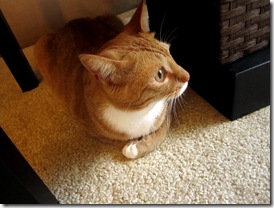 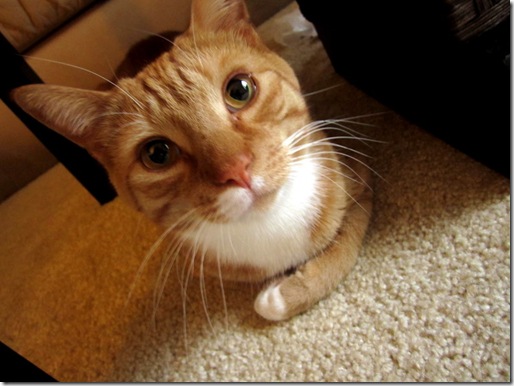 Thankfully, we’re not experiencing anything nearly as bad as some of those across the south did yesterday. I can’t believe this crazy weather these days! My thoughts go out to all of those who were effected by those crazy storms.

Have you ever taken a “special souvenir” from somewhere?