There’s nothing like spending your Saturday morning with a good friend, and a good cup of iced coffee (and then getting a pretty sweet half birthday surprise, but I’ll get to that in a minute). 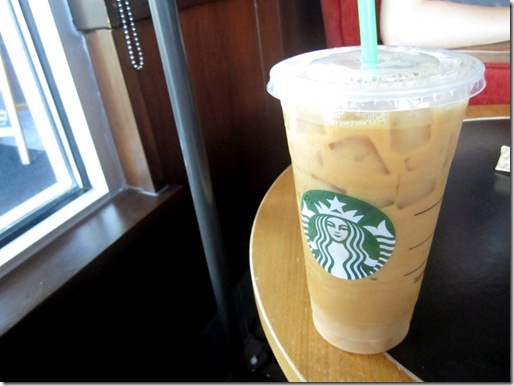 I had a feeling that the two of us would be there for a while, so I went ahead and ordered a venti (aka, way-more-than-I-really-need) iced coffee, which tasted totally awesome today. 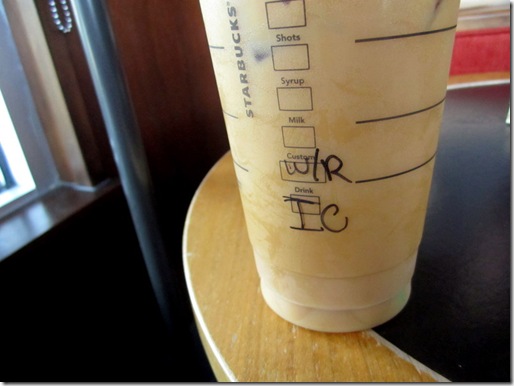 And as it turns out, the rumors were true…Heather’s baby bump IS getting huge!! 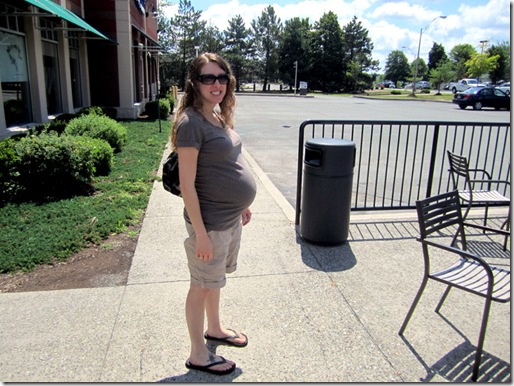 Little Logan has definitely grown since the last time I saw her, and man oh man, she is just allll belly. As in that, super-cute-pregnant-woman-belly that everyone hopes for when they have a baby of their own. Lucky duck.

As always, it was so great to catch up with Heather. Hopefully now that she’s actually living a bit closer, we won’t let so much time lapse in between our get-togethers.

So before leaving the house this morning, I was told by the hubby that I needed to “be out of the house for at least three hours” today.

I shrugged it off and went on my merry way, but a couple of hours later, received this text: 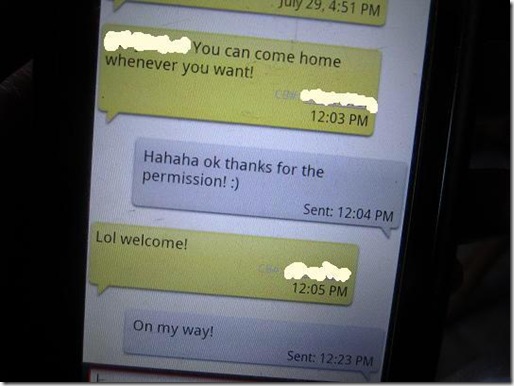 What the heck was he UP to? (In case you’re curious, yes, we each have special names we call each other…which are special just for us…hence, the random whiting out. Hey, some things are meant just for me and hubby!) But anyways…

Well, as it turns out, he was QUITE busy this morning… 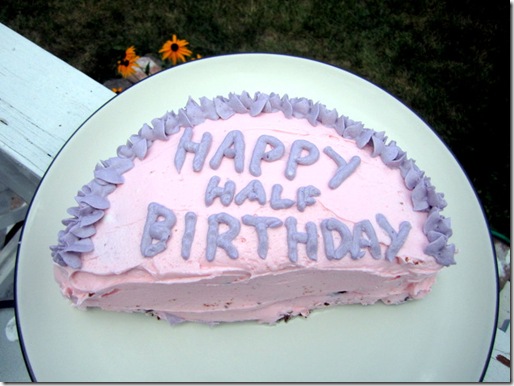 I couldn’t believe it!! Hubby made me a Half Birthday Cake!

And would you check this out? Not ONLY did he make my homemade raspberry almond buttercream, but he made it a chocolate soda cake, even dyed it pink AND purple (my favorite colors), AND decorated it with my pastry bag set. 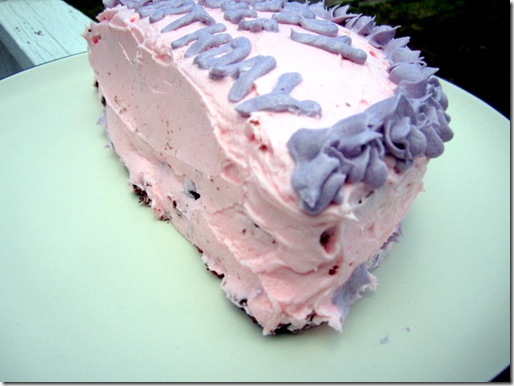 Obviously, I was beyond impressed and completely psyched! 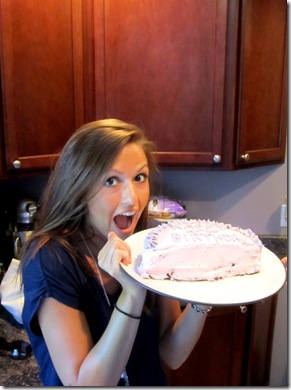 I mean, he’s certainly shown me he culinary prowess before; remember when he made one of my favorite dinners during birthday week? Then he surprised me again with this amazing dinner the day after my real birthday.

He’s certainly not bad to look at have around in the kitchen, but now he can BAKE!?! 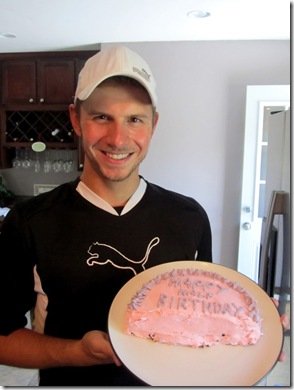 Ohhh hubby, you just opened up a whoooole new door for yourself.

As I’m sure you can already tell by my numerous uses of CAPS and exclamations marks(!!!) in this post, I was completely excited and could not wait to dive right in. So imagine my surprise when I found out that he even filled the cake with raspberry jam. 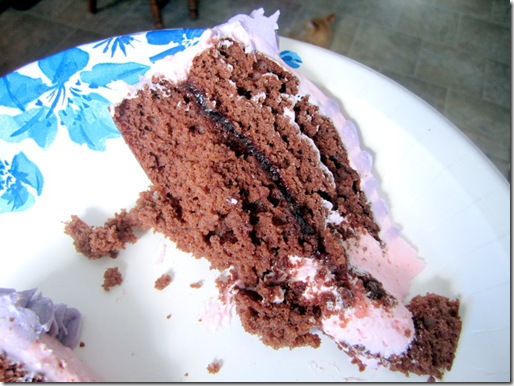 My man KNOWS the key to my heart. 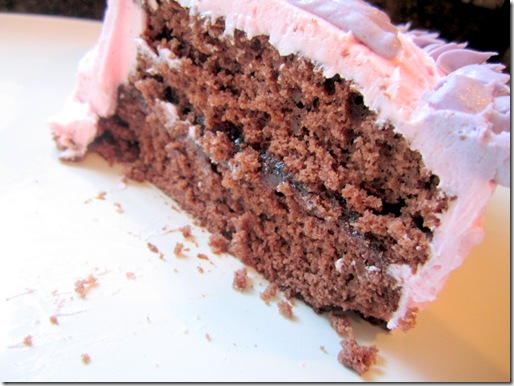 I think this has most definitely got to be the best Half Birthday EVER!

And I most definitely have the best hubby ever.

« Bendiful Watch Winners
It Was A Good Day »