On Friday evening, I told you guys that I was going to be participating as a “celebrity” judge but I never really gave you all anymore details!

The 2nd Annual HalloWine Festival was held at the Altamont Vineyard & Winery, located in Altamont, NY. 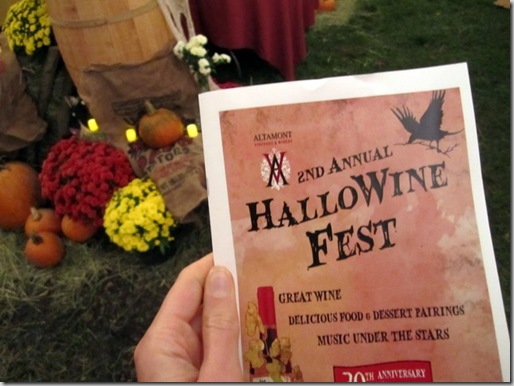 The event was held outside at the vineyard, in large, festively decorated tents, with plenty of food and wine to go ‘round. 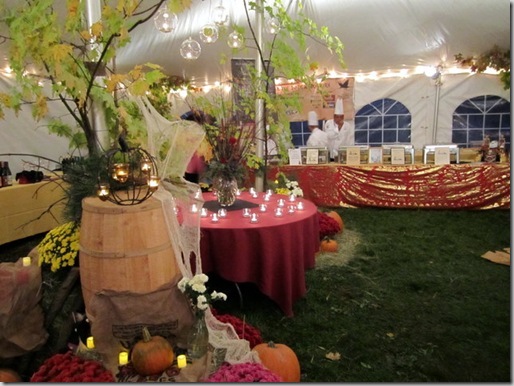 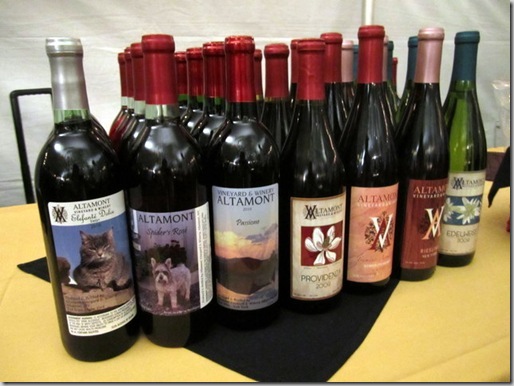 Eventually, we were seated and introduced to the crowd for the evening. It still made me chuckle to see my name listed amongst some of the others around me. 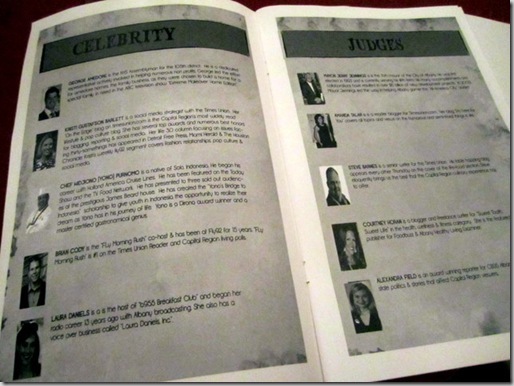 Like I said before, I don’t know how well my credentials matched up with those around me, but it was still an honor just to be there anyways and make my “judging debut!” 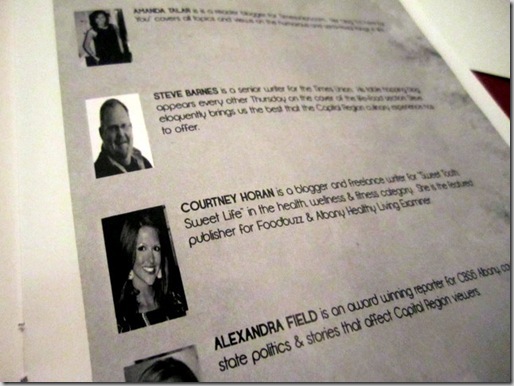 I honestly wish I had saved my program for the evening, because I can’t remember many specifics about the various food pairings that were served and asked to judge. What I do remember is that we were given three main dishes to try, all prepared by Yono’s, a restaurant located in Albany, blending Indonesian cuisine with French presentations, and classical continental cuisine. I have never visited Yono’s before, but after the food I tried that evening, I’m definitely planning a trip soon!

The first dish was a noodle dish (please take note of my extremely unspecific details) which was paired with the winery’s Riesling. 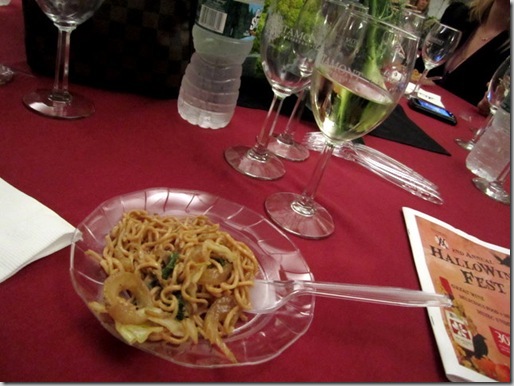 The noodles were absolutely amazing, and the complimented the Riesling so nicely. This was actually my top pick for the night. 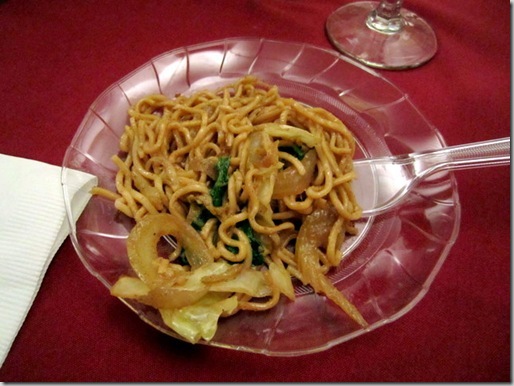 The second dish was some sort of curry chicken which was served with a deliciously creamy risotto and paired with a wine that I can’t remember but definitely did not knock my socks off. I did like the risotto in this dish, and the flavor of the chicken was really good, too. 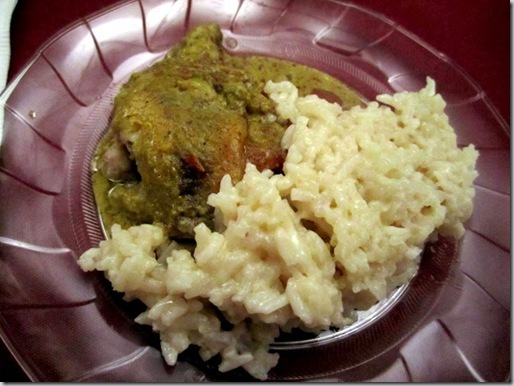 The third dish was a beef selection, which was good, but again, nothing spectacular. It was paired with a red wine (again, not sure which one it was) that was pretty good, too. 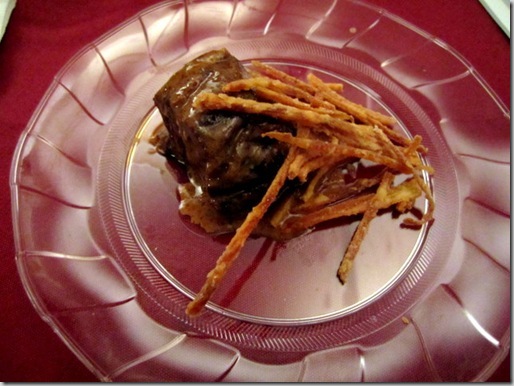 Lastly, we were given three different desserts to judge from the Chocolate Mill. All three desserts tasted amazing, but the chocolate cake stole the show for me. Absolutely delicious. 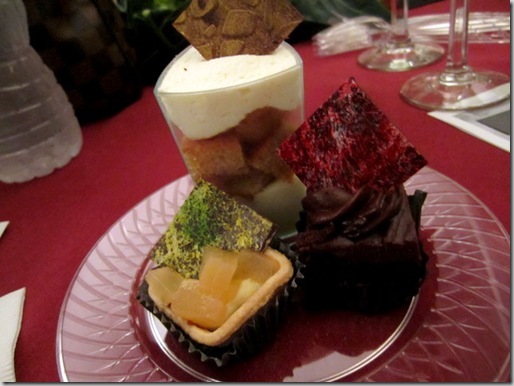 Honestly, the event was fun but slightly disorganized, so I wasn’t totally sure what was going on at different times. It really didn’t matter though, since I had a great time catching up with Kristi. 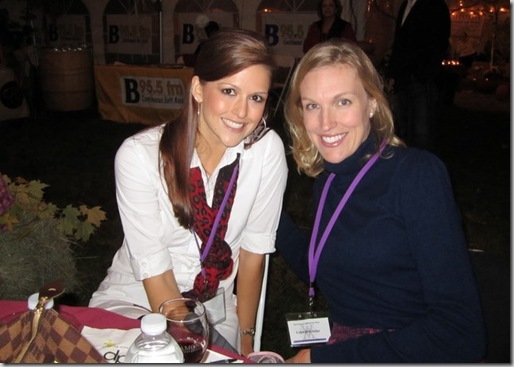 If you’re local, you may recognize Kristi as the blogger behind On The Edge. Kristi and I go way back, about 15 years, from when we used to model together. I’m really hoping we get a chance to talk more soon, because we had a great time!

Yesterday, after having my lazy morning and afternoon, I headed out for the evening to spend time with these amazing ladies. What began as a casual dinner out turned into a late night out dancing, and was an absolute blast. It totally brought me back to the ‘ol college days! 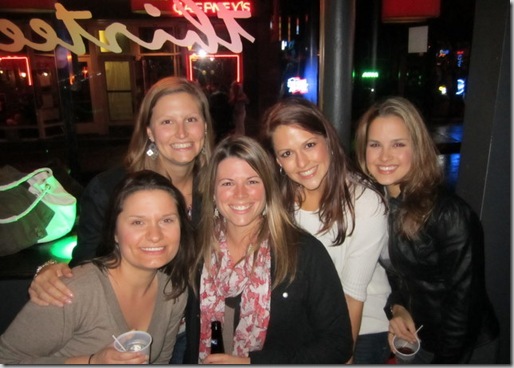 Now this afternoon, Jay and I are heading to a birthday party for a special little guy who’s turning one! I’ll catch ya’ll later!