Oh my gosh, this week has totally been getting away from me!

I had every intention of popping in sooner, but then…well, you know how the story goes. And truth be told, I’ve actually felt somewhat uninspired on the blog front. I’ve been busy, but not with anything that’s all that exciting and worth blogging about, ya know?

But you know what IS worthy of blogging about? Some tremendously exciting news, that’s what! Yesterday, I officially paid off my very last student loan EVER. WOO HOO! 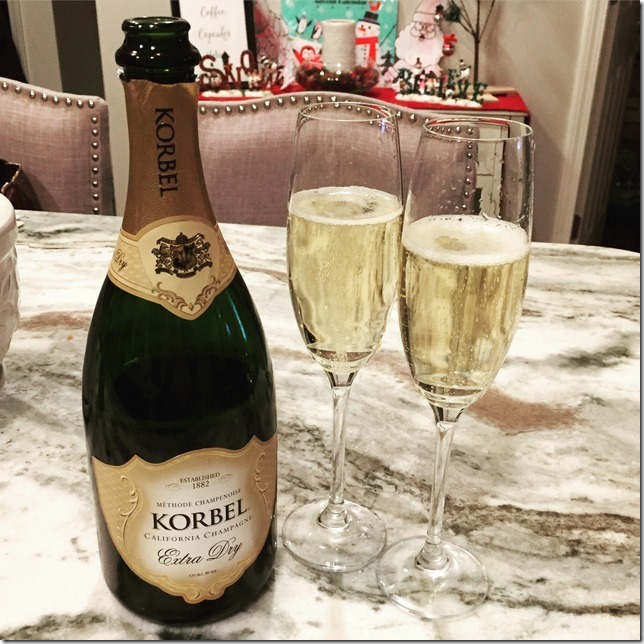 Jay surprised me and brought home some champagne for us to celebrate after work, and I’m still just so pumped. For the longest time, I just assumed that it would be a monthly payment that would forever be in our budget, but after really buckling down this past year and putting some big chunks aside as payments, we were able to make it official. I told Jay I was almost shaking with excitement when I made the final payment. I never thought it would happen!

I’m also celebrating the fact that this guy let me put him down in his crib, AWAKE, for all naps and bedtime with NO crying yesterday. 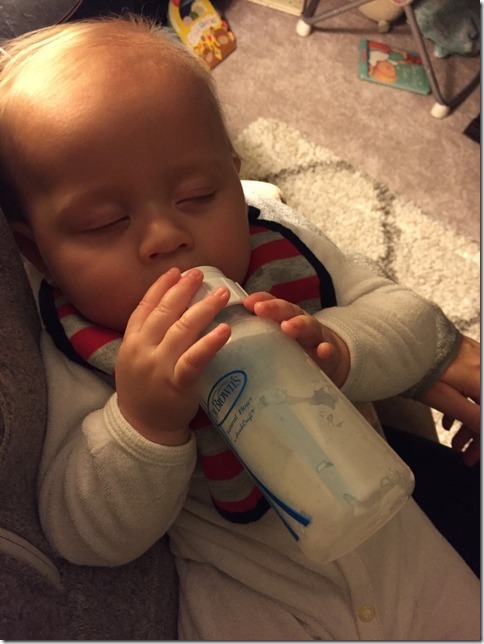 I have no doubt that it was likely a fluke, but I’m going to hope that it’s a trend that will continue (since it’s something we really needed to work on).

Yesterday was ALSO a much easier day (and much needed day!) on the kiddo front. We’ve had a few rough days over here, between lack of naps, colds, being three…yeah, it’s been a challenge. Oh, and I also quickly realized that attempting a double tubby on Jay’s bowling night is definitely NOT a good idea. 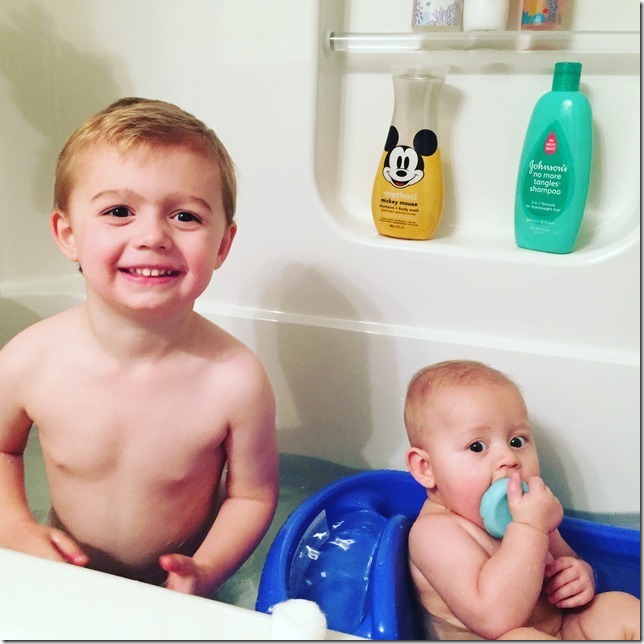 But hey, they both came out clean(ish) so it was still somewhat of a success.

Other than that, we’ve just been…living! I’m hoping that my blog spark will return soon, but until it does, I’ll just be popping in when I can and will continue to enjoy the holiday season with the family! 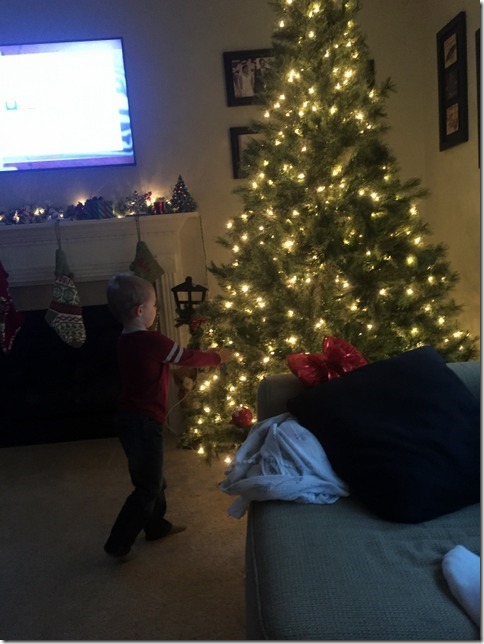 OH, and tonight, I’m heading out for a girls night and I am SO EXCITED. Dinner and drinks, followed up with an I Love the 90’s Tour concert…eeeek!

I hope you guys are all having a great week!!