I’m feeling so much better today than I was yesterday…and thank goodness for that, since I really don’t need to be balling my eyes out while handing out swag bags later this afternoon. Ya feel me?

I was planning on getting up a bit earlier this morning to squeeze in a walk before hitting the road, buuuuut that totally did not happen. Instead, I snoozed for another 40 minutes or so before finally getting up and getting ready.

Once I was showered and semi-packed, I whipped up breakfast and made a glass of iced coffee…which was extra awesome today, thanks to a little extra time in the freezer. 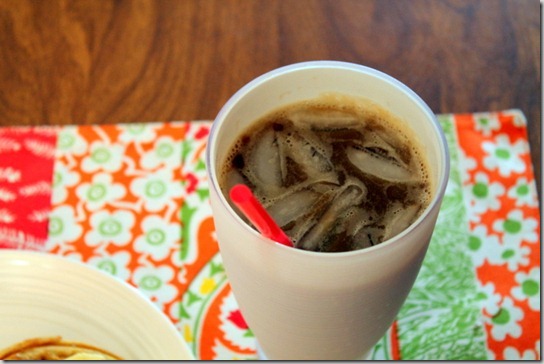 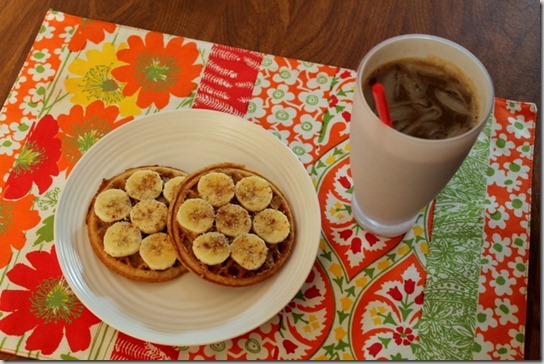 I was actually really craving these today, but was too lazy to make them, so I settled for the next best thing. Waffles, baby. 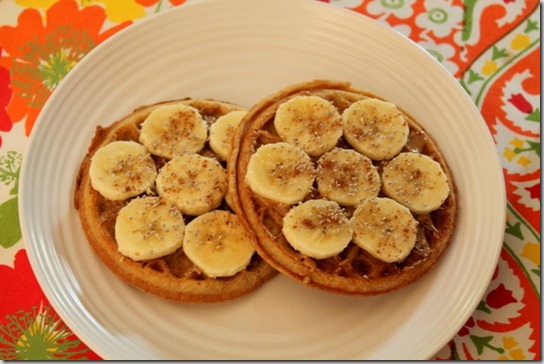 Two of ‘em – one with almond butter, one with peanut butter – both with banana slices, chia seeds, and cinnamon. 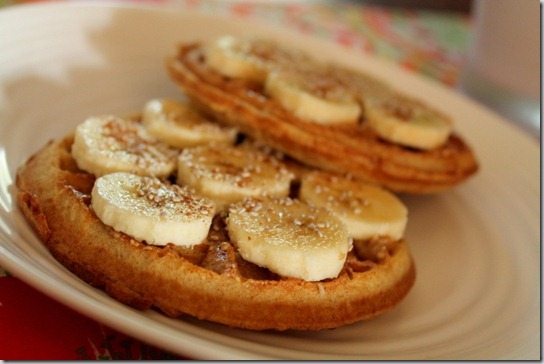 I think I’ve also decided after today that I’m no longer going to take pictures of my waffles…because by the time I sit down to eat them, they’re semi cold. And that blows. So from now on, it’s recycled photos of waffles around here.

Now, it’s about time to finish getting all of my crap together and get ready to hit the road! 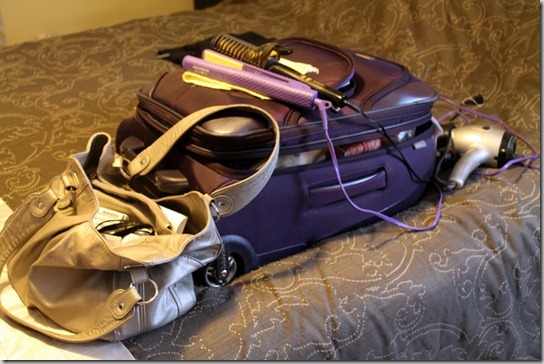 I must say, as much as I’m not looking forward to driving by myself, I am so thankful for the fact that I do not have to deal with airlines, trains, or any other public transportation this weekend. I swear, sometimes the anxiety I get from traveling is just obnoxious.

So in a few hours, I’ll be in good ‘ol Boston again and ready to hang out with some pretty sweet peeps! If you’re interested, feel free to check out some my recaps from last year’s Healthy Living Summit…

Or from the 2010 Healthy Living Summit (aka, the worst travel experience EVER)…

Alright, my friends…I’m off! See ya from Boston!