Sorry it’s been a while since our last little rendezvous; after work yesterday, Jay and I ended up joining some of his co-workers and a couple of our friends out for Happy Hour. We had great time, had some great beer, some good food, and a few good laughs, sans camera. Sometimes, it’s just necessary, ya know?

This morning, I woke up ready to try out a new-to-me workout… 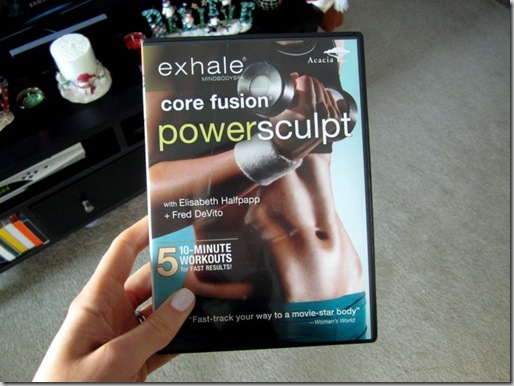 I’d never tried a Core Fusion workout before, but I’ve heard so many great things about, so I was really excited when I was given the opportunity to review it. Judging by the front of the cover, I was under the impression that it was going to be a really hard-core, heavy weights kinda deal. But as soon as I turned on the video, I realized that it was definitely not. 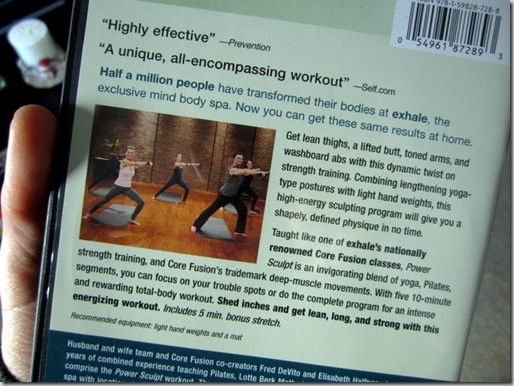 I did the full, 55-minute workout, which is a mix of yoga, Pilates, and strength training, and I will say that it was definitely 10x more of a workout than I thought it would be. I’ll give you guys a full review a little later on, promise.

Post-workout, it was time for breakfast, and our little man was right there with us the whole time to supervise. 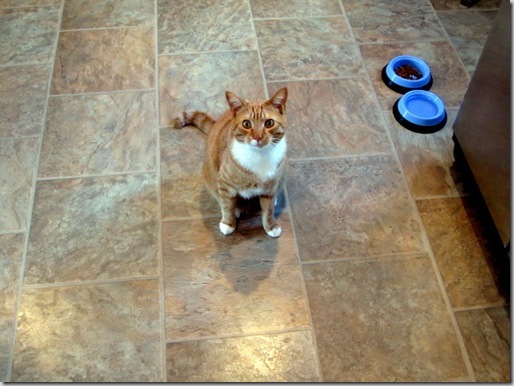 First, I actually ran a pot of coffee without ever putting the coffee in the filter. I don’t know what the heck I was thinking.

Then, we had a little casualty with our first batch of toasted bagels. 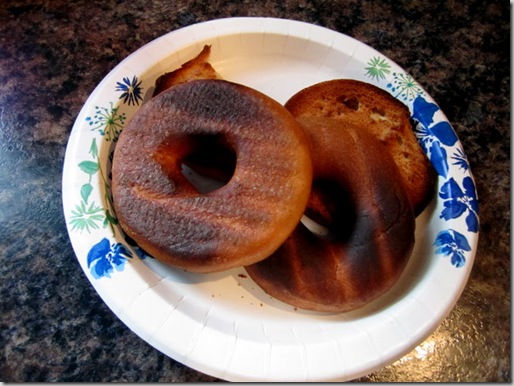 Thankfully, a fresh pot of coffee plus a new set of toasted bagels made for an awesome, Saturday-morning breakfast.

We’ve had a bag of Simply Potatoes Diced Tomatoes with Onion in our fridge for a couple of weeks, so Jay decided he wanted to use ‘em up today. We seasoned them with some salt, pepper, rosemary, garlic, and Garlic Gold olive oil, along with some diced deli ham. They were incredible – especially with ketchup. 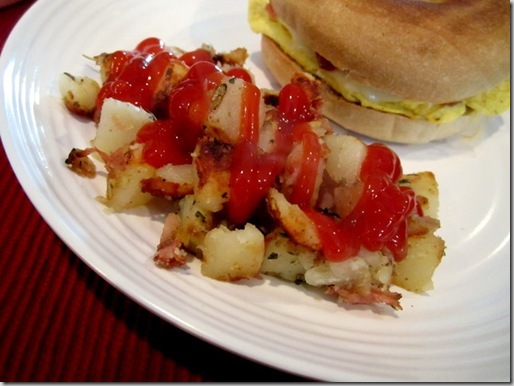 Along with my potatoes also came an egg, provolone cheese, and jam bagel sandwich. 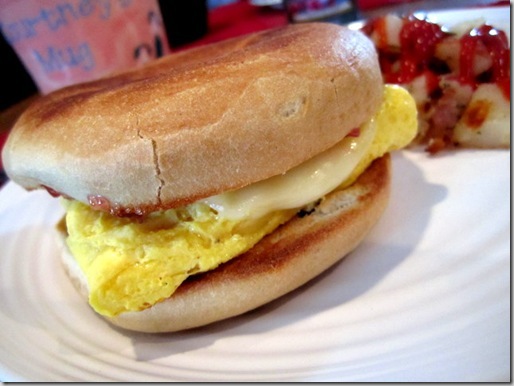 A hearty, delicious way to start the day for sure! 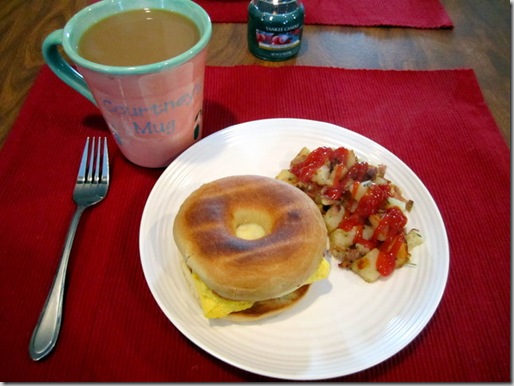 Later today, Jay and I have plans to run some errands, see an afternoon movie, and then head over for a Christmas dinner that we were invited to with some good friends. It’s sure to be a great day!

What’s on your agenda for today?

Have you ever tried any of the Core Fusion workouts?