Oh yes…this morning I was up bright and early at 4:30am to get ready for a couple hours of shadowing at the gym. While I was there, I was even able to get in a pretty good half-hour workout, which was great since it’ll be the only opportunity I’ll get today. I’ve still got a long day of work ahead of me! 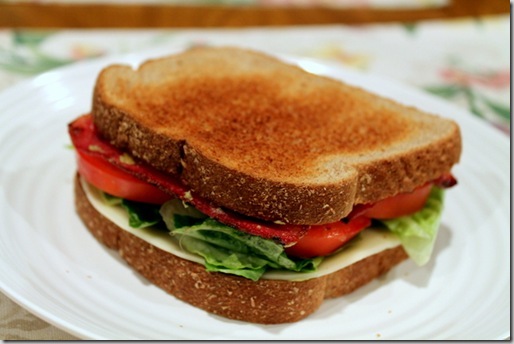 Up until last night, I would not have had the slightest idea as to when the last time was that I had a BLT. Growing up, I used to love when my mom made BLT’s – made with thick white bread (sometimes even with three slices of bread, “club” style), lots of mayo, iceberg lettuce, and crispy bacon. Oh man, were they good…but oh man were they not so good for me!

Well last night, after spotting some turkey bacon in the fridge that I bought on Sunday, I got a sudden craving for one and it was awesome. I lightly toasted two slices of whole wheat bread, and topped it with 2 slices of turkey bacon, romaine lettuce, and tomato slices. 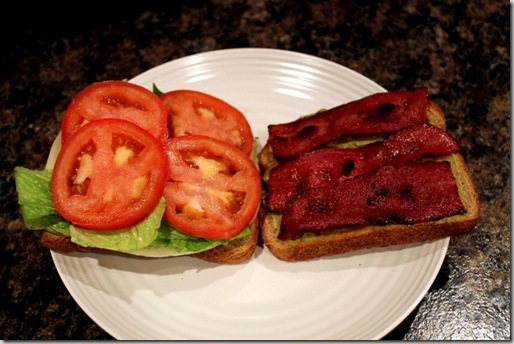 But to “jazz it up” a bit, I also added a slice of provolone and lightly spread each piece of bread with some leftover healthier guacamole from the afternoon. 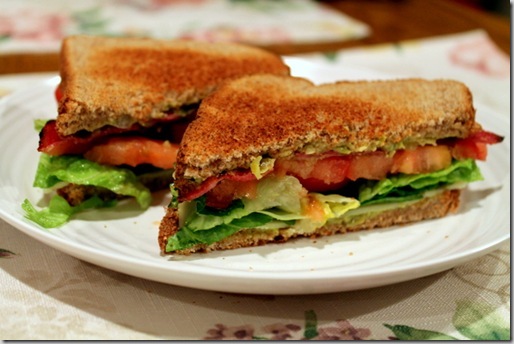 Healthier AND totally delicious. This was definitely one killer BLT…C.

Shortly after dinner, I ended up indulging my sweet tooth with a small cup of vanilla Chobani, mixed with a crumbled up apple cinnamon rice cake, and about a tbsp of cinnamon apple jelly (which, sadly, is now all gone.) 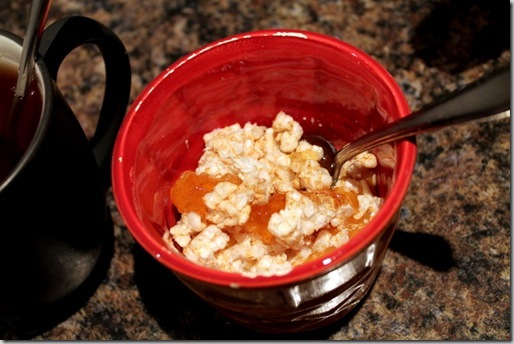 I also had a mug of Nutcracker Sweet tea to warm up my chilly hands. 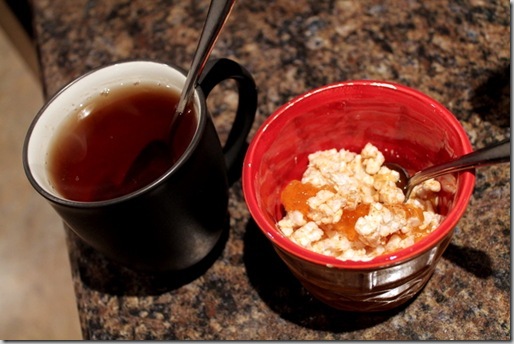 Perfect for sipping on while watching last night’s How I Met Your Mother episode. Btw, did anyone else watch and get a kick out of Marshall walking around the house with the night cam on? Hilarious!

This morning, I needed something quick since I didn’t get home from the gym until about 45 minutes AFTER I was expecting to (thank goodness for dry shampoo!) so I went with a cereal combo. 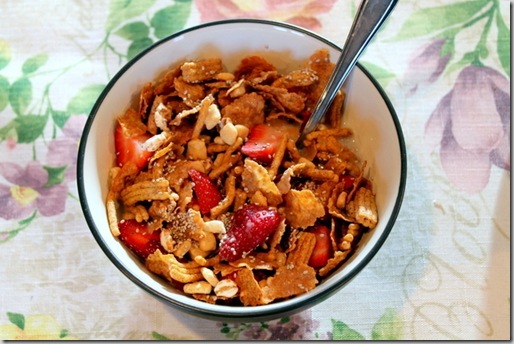 I realize that I eat a lot more cereal in the warmer months, just because it’s such a cool, refreshing meal. But despite the fact that it’s nowhere near warm right now, sometimes I still get the craving. Especially when I need something on the fly. 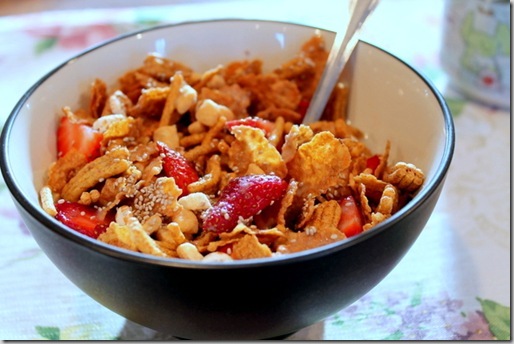 Today’s bowl consisted of 3/4 cup each (yes, I measure my cereal because if I don’t, I’ll end up with about 4 cups in there, easily) of Kashi Go Lean and Special K Protein Plus, with unsweetened almond milk, fresh strawberries, and chia seeds.

I ended up buying the Special K on a whim last week when it was on sale at the grocery store, but I’m pretty impressed with it so far. Not only is it slightly sweet and tasty, but one serving (3/4 cup) has: 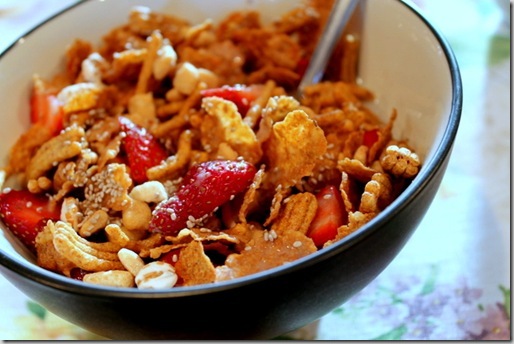 Not too shabby! Now I’m just hoping that extra protein will help give this bowl a little more staying power.

Along with my cereal combo, there was of course some coffee involved, which had a little swirly action goin’ on today. 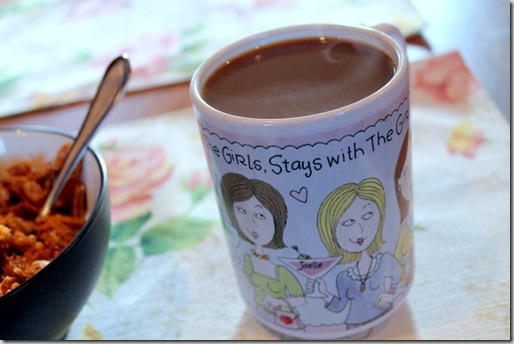 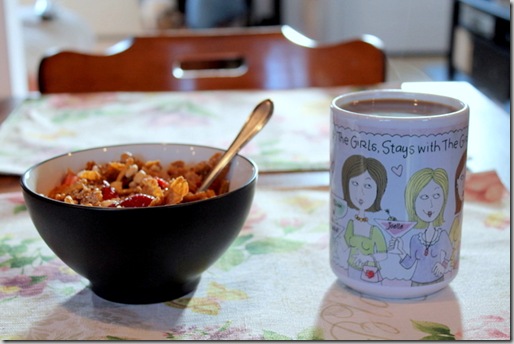 I’ve had some of you asking lately about how my nutrition plan with Jim is going so far and I’m actually planning on giving ya’ll an update later today, so stay tuned!

And hey, if you find yourself getting bored while sitting at your desk today, don’t hesitate to give this a try.

Time to head to the salon…it’s my last week there!

« The Book or the Movie?
Colorado Better Watch Out »