Yesterday was SUCH a great time, thanks to our friends Seth and Nicole for inviting us to their annual Turkey Bowl party. Jay and I headed over there around 2pm yesterday and had a blast the whole rest of the day.

When we arrived, there were some appetizers out, so I snacked on some veggies and a few bites of goat cheese on toast, which was phenomenal. 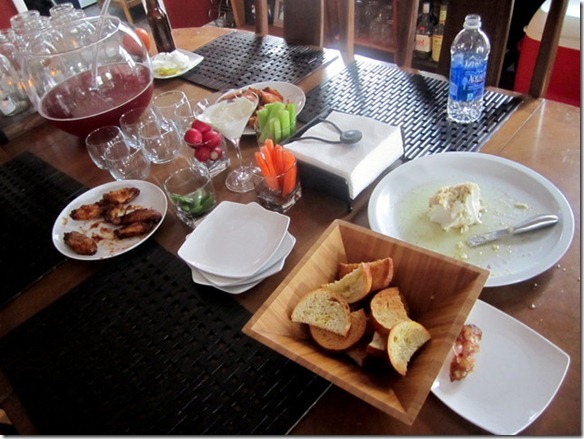 Nicole also had some iced tea and lemonade which, let me tell you, were delicious mixed together. I was sipping on my own Arnold Palmers for most of the day! 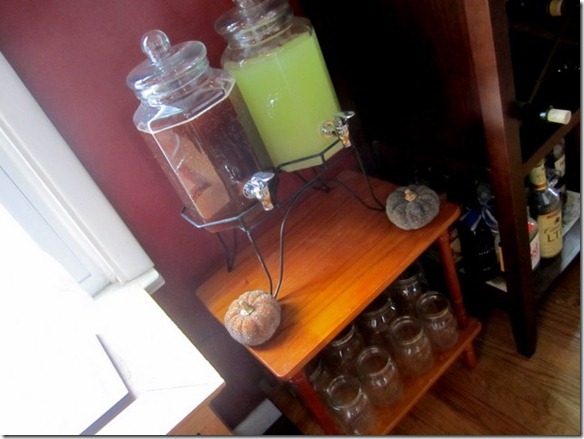 The boys were hoping to be able to get a football game going in the afternoon, but it wound up having to be nixed due to a lack of players. It’s alright though, because we were all having plenty of laughs inside. Plenty!

While we were all hanging out during the day, Nicole was hard at work in the kitchen getting everything ready for our big turkey dinner. It had been smelling SO good all day long and I think everyone was about ready to dive head first into their turkey. 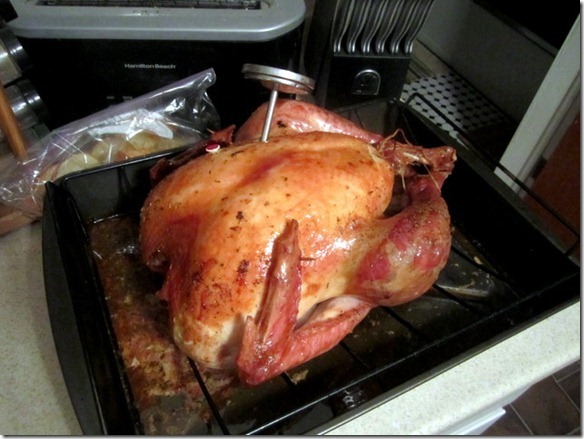 As things were getting ready and we started setting the table, a certain somebody decided he wanted to start making some napkin art. Does that look like the face of a sober person to you? 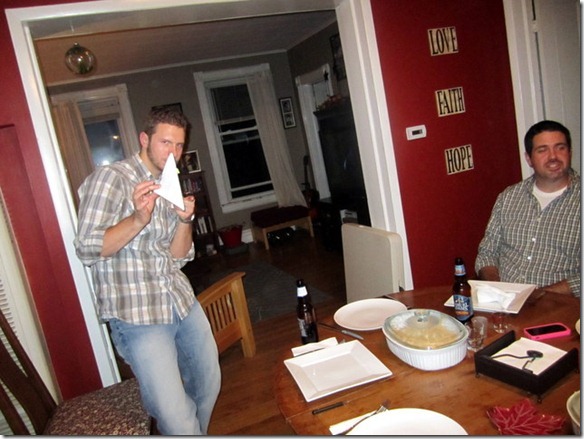 I don’t know how in the world he did it, but some of his work actually came out looking like legit birds. I was impressed. 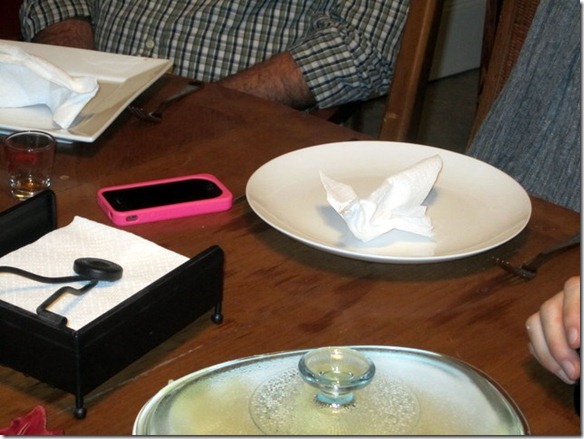 Eventually it was time to eat! I filled up my plate up with some turkey, stuffing, mashed potatoes, green bean casserole, and cranberry ginger relish. Everything tasted awesome, and I probably would have gone back for seconds, but I had to save room for dessert. 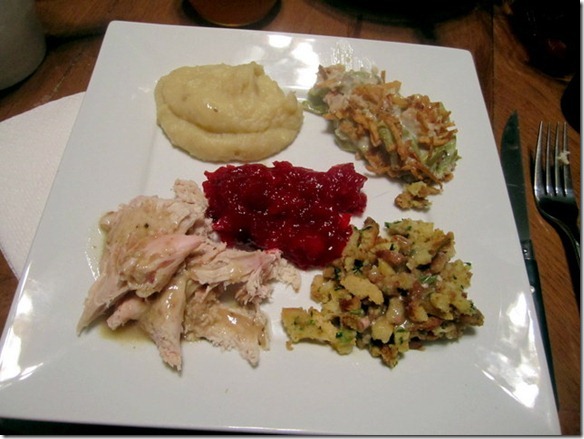 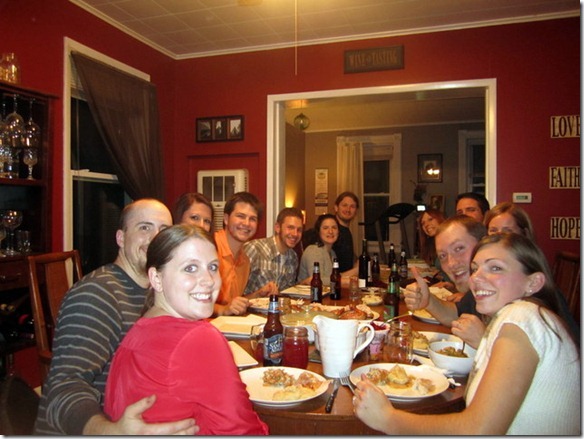 Shortly after finishing dinner and clearing the table, it was time for the good stuff…DESSERT. 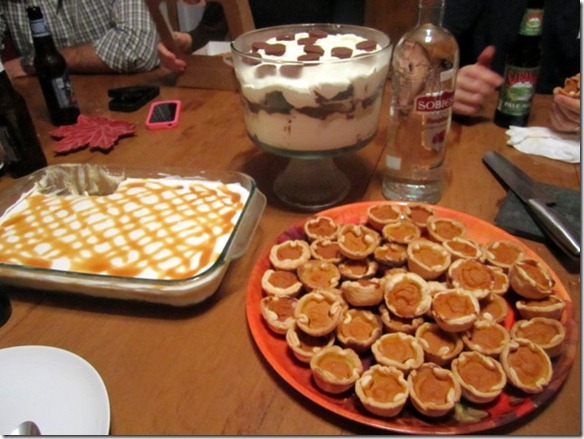 We had apple pies, mini pumpkin pies, and a peanut butter fudge brownie trifle, which Nicole said she found on Pinterest. I did a little searching of my own, and I believe it may be THIS RECIPE by Jessica. Nicole, am I right? 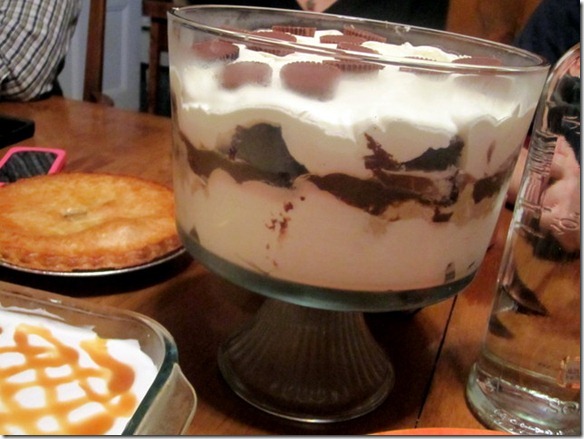 If so, you HAVE to make it because that thing was uh-maaaaazing.

We also, of course, had my dessert contribution which I am happy to report, got rave reviews from all. 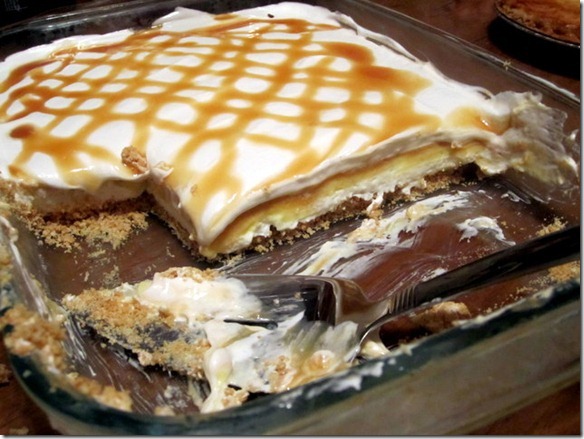 I’ll work on typing up the recipe for you guys soon when I have a bit more time! 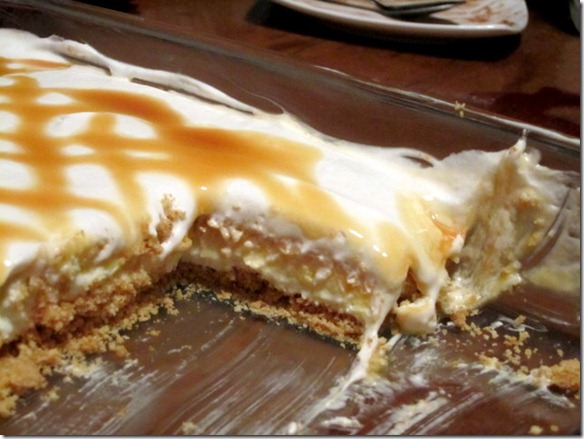 My plate – trifle and layered dessert 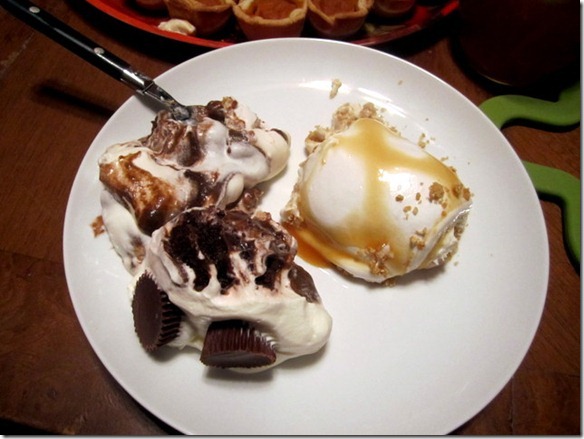 After dessert, the fun and shenanigans continued on for quite some time. 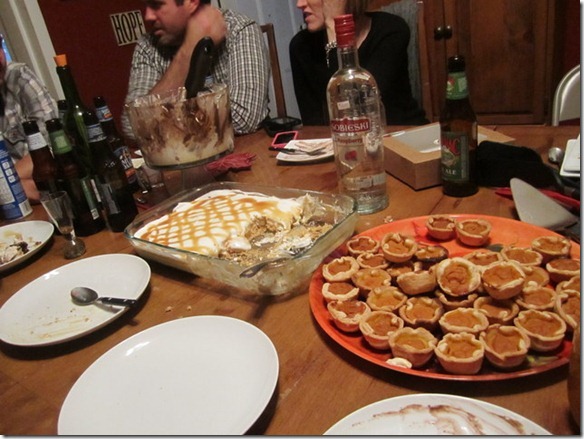 Jay with the wonderful hosts, Seth and Nicole. 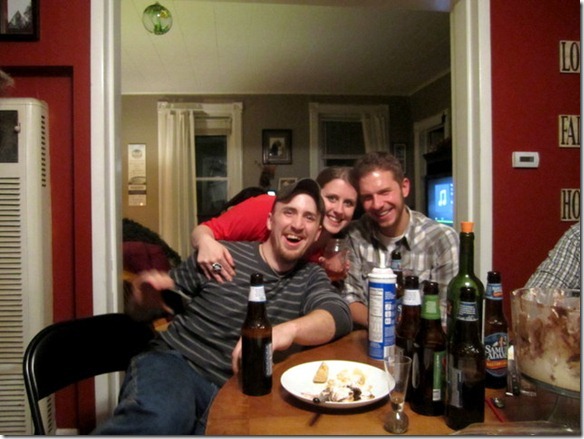 Jay, again photo hog, with our friends Bryah and Kate. 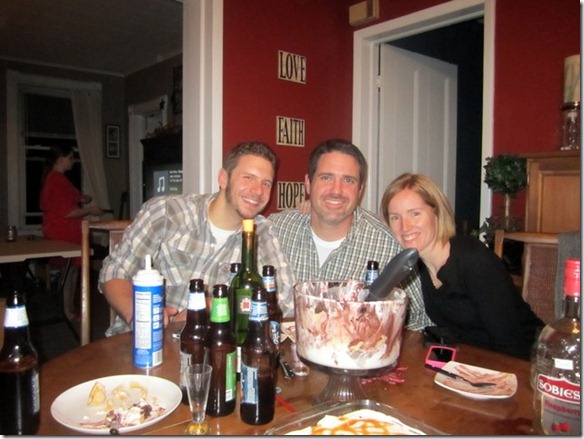 And me, with my very favorite brother who officially, as he said, “became an adult” yesterday, as he moved out of my parent’s house and into an apartment. 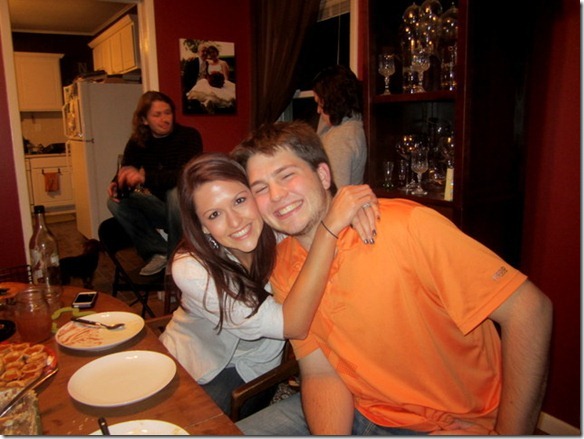 Boy, they just grow up so fast, don’t they?

And with that, I’m off to go work on cleaning up the house, making a trip to the grocery store, and getting ready to have a few friends over later to watch some football. Talk about a great friend-filled weekend!

**Edited to add the winner of the Grandpa Pete’s Giveaway!

The marinara sauce would be perfect on top of spaghetti squash and cottage cheese or ricotta (sounds weird, but tastes delicious!)

Congrats, Justeen! Email me at sweettoothcourtney at gmail dot com so we can get you your sauce asap!