As promised, I have one final giveaway for you all this week. And today’s giveaway is all about…protein!

*This is also a sponsored review post, so if they aren’t your thing, feel free to move on and I’ll catch up with ya later!*

As the years have gone on, I’ve learned more and more about the importance of protein and the key role that it plays in a healthy diet. These days, two of my most favorite forms of protein have been nut butter and Greek yogurt, but since they aren’t always so easy to eat on the go, there’s also plenty of other options, such as those from Pure Protein. 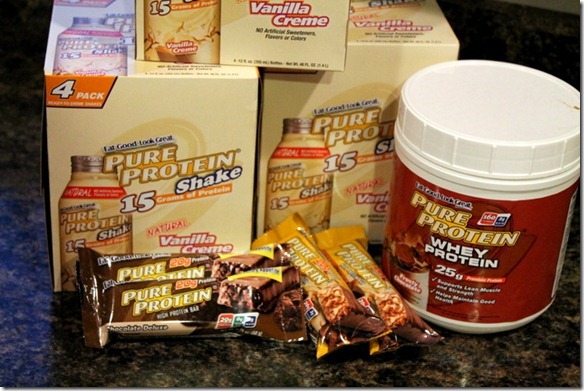 Did you know Pure Protein products only have 1-5 grams of sugar? And not only that, but both Jay and I can attest to the fact that they taste delicious, too.

The first thing we both tried out were the Pure Protein High Protein Bars, which happened to be during our busy day out last Saturday. 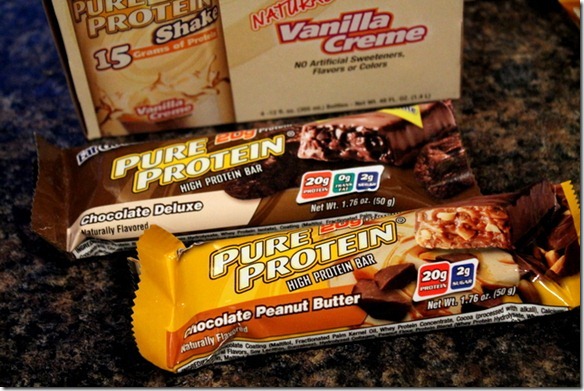 Each bar comes in at 200 calories, 6 grams of fat, and 20 grams of protein which is probably right around what I might typically eat for a snack. 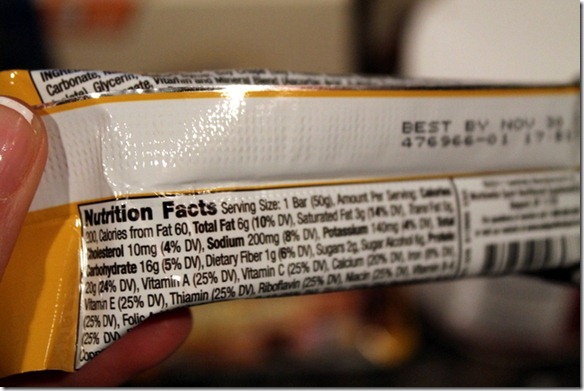 The inside of the bar looked a bit different than I expected (just because I was judging solely on the picture on the wrapper) but the taste was great and Jay and I both agreed that while it did have a little bit of a “protein” flavor, it wasn’t chalky or gross like some others I’ve tried. 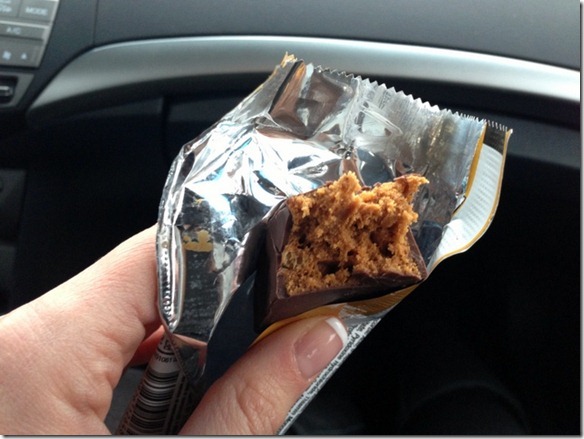 The next item we tried was the Pure Protein Shake. We both happened to bring them into work with us one day and actually got a pretty good laugh out of this one. I brought mine in thinking I’d try some in my morning coffee and then drink the rest later in the day. 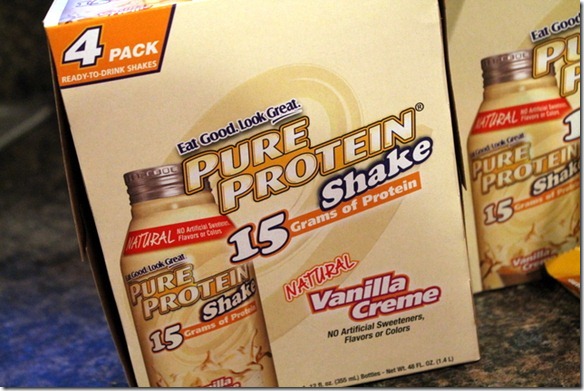 I hadn’t really bothered to read the bottle or anything like that, so I went ahead and gave it a nice, thorough shake before opening it. Wellllll, let me recommend that you do NOT do that… 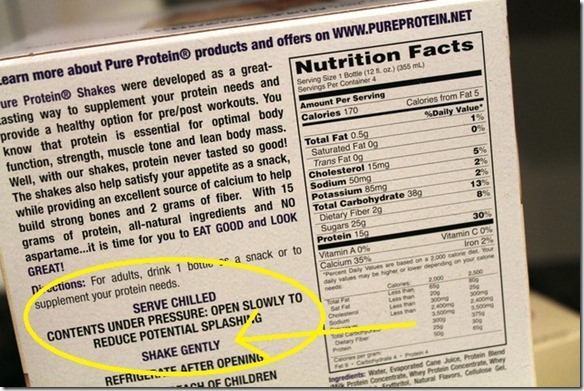 That action caused my shake to spray ALL over the place. And when I told Jay about it later that day, he admitted the same thing. Oops! Live and learn, right?

But shaking aside, the taste of the shake is really good, and Jay said it’s probably one of his favorites (he’s more likely to drink them than I am).

One last item that we received was the Pure Protein whey protein in frosty chocolate. 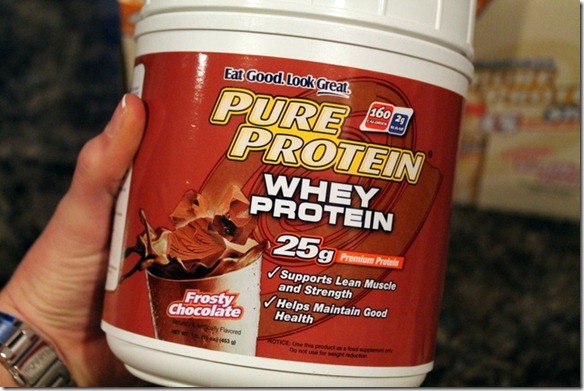 Since I haven’t really been drinking too many protein smoothies these days (just because they don’t always work with my schedule) Jay tried this out after a workout one evening and he said he loved it. His big thing is about things tasting “chalky,” but all of the items we got to try definitely passed the chalky test.

Apparently later this year, Pure Protein is launching some new products including baked gluten-free bars, fiber-rich bars, and mini bars…all of which I will definitely be on the lookout for. But for now, let’s focus on what they DO have…

Or rather, what I have for YOU. 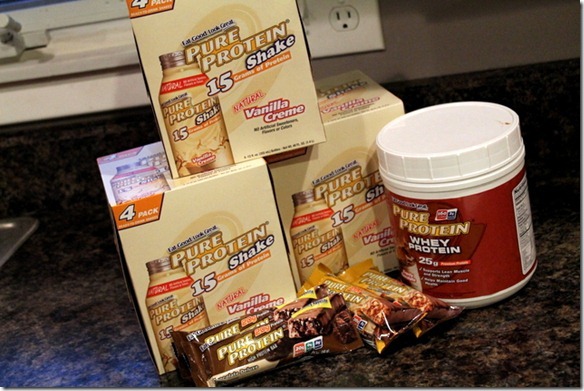 Want a chance to win a Pure Protein prize back of your own? Including everything you see in the photo above?

To Enter the Giveaway: Leave a comment on this post telling me your favorite form protein OR which Pure Protein product you’d be most interested to try.

I will choose a random winner on Monday, February 25th. Good luck!

Disclaimer: This post is sponsored by Pure Protein. Check out great ways to Eat Good and Look Great.