Last week, Jay ended up getting a letter in the mail that made him absolutely cringe…he was being summoned for jury duty.

In the almost 4 years that Jay and I have lived together (WOW), I’m pretty sure this was his second or third time being summoned. As it turns out, he’s never had to actually go and serve on a jury or even go through a selection process, but he always hates getting the letter.

In all of my years growing up with my parents, they too would dread the jury summons letter when it arrived in the mailbox. Lucky for Jay, he got the confirmation this morning that he would not be getting another summons for six years, (which he was pretty psyched about) but I’m not gonna like…I’m sort of jealous! In all the years that I’ve actually been old enough to be summoned, which is almost 10 years, I have never gotten a letter. Not once! I’ve actually always thought that serving on a jury would not only be a great way of doing my civic duty, but I just think it would be really interesting and fun (well, depending on the case, I suppose). I mean, I just don’t get it? I promise, I am a very honest and trustworthy citizen, folks. Send me my letter already!

Since today is my long day of work, I made sure to pack up all of my goods before leaving the house this morning: 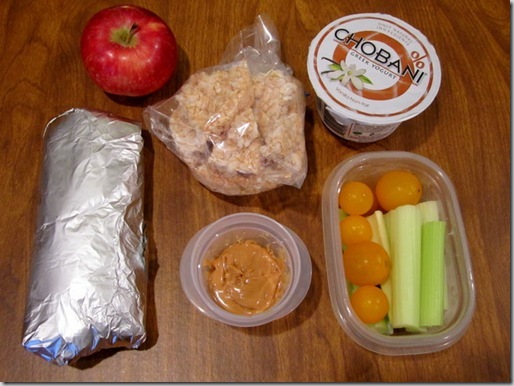 A vanilla Chobani, celery + yellow grape tomatoes, an apple, 2 (broken) rice cakes, some peanut butter for dipping, and a ham and veggie wrap which looks exactly the same on the inside as this one.

There was also some more Love Grown Foods granola added to the yogurt that didn’t make this morning’s photo shoot, as well as a generous handful of candy corn that I snacked on this afternoon. I’m tellin’ ya, that stuff is like crack…well, I’m assuming?

Today while at work, I also got a pretty freakin’ awesome manicure which I’ll be sharing with you all tomorrow. I’ll give ya a hint…it’s nice and festive!

Would you want to serve on a jury?

« Recipe Archive: Cinnamon Chip Scones
So Good To Be Back »