Can I just say how nice it was to hang out with the family last night? I mean sure, it helps that there was good food and yummy beer, but really…I just love my family. 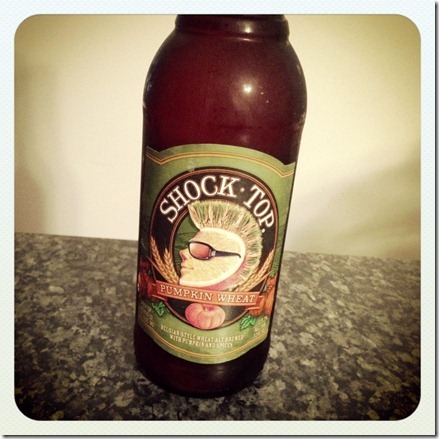 P.S. – That Shock Top Pumpkin Wheat may now be a new favorite. WOW.

You can always count on goodies to be at mom and dad’s house!

So I headed over to my parents’ house a bit earlier than dinner last night so I could have some catch up time to chat with mom. We talked about all sorts of stuff, including a few funny stories about some of the students she’s working with this year. Oh, they made me laugh.

After a little while, hubby, dad, and the brother arrived and it was time to feast…just LOOK at that homemade mac and cheese. 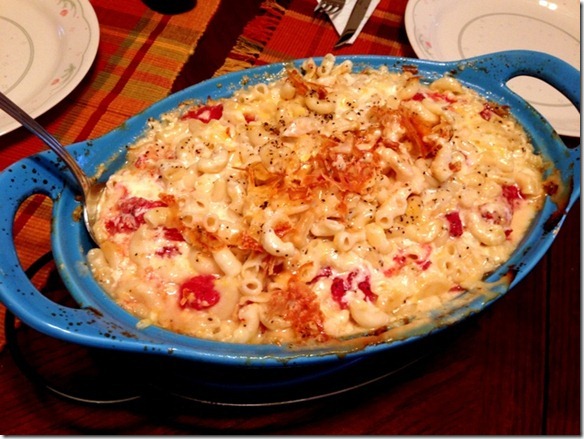 Good lord, she makes the best. I can still remember eating this when I was just a little tyke, usually having it paired up with hot dogs sliced lengthwise on a piece of white bread with ketchup. Ohhh, those were the days.

Jay kept telling me that I need to “get the recipe” from mom, but the funny thing is…she doesn’t have one. (side note: I told him that I have a few mac and cheese recipes, but apparently those aren’t good enough anymore).

She usually just cooks up some elbows, and layers them with diced tomatoes, salt and pepper, and whatever cheese she has on hand. She’s not picky. 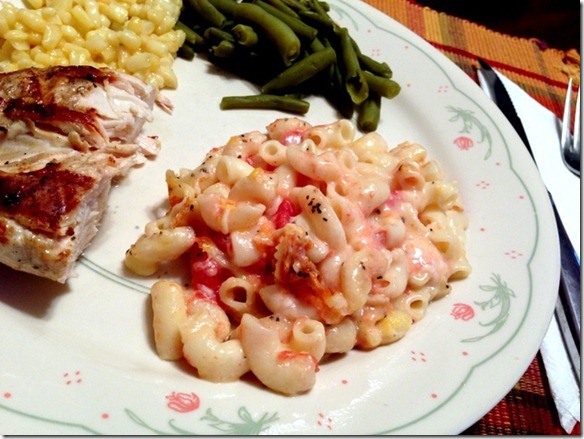 To go along with our mac and cheese, we have some chicken from the grill, beans, and corn. 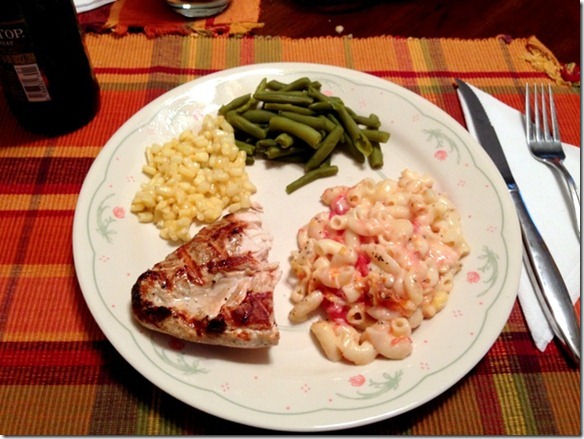 I totally went back for some seconds of the mac and cheese…don’t kid yourself.

It was an early dinner, since my dad and brother had to head out for bowling, so Jay and I had plenty of time to get home to watch The Voice and New Girl. Seriously…new girl cracks. me. UP. I mean, Schmidt? Oh man, don’t even get me started. Hilarious.

This morning I had planned to get my workout in first thing, but my rear end has been draaaaagging ever since I got up. So I decided to take care of a few things around the house first, have some breakfast, and then I’ll attempt the workout.

Speaking of breakfast…it was good. 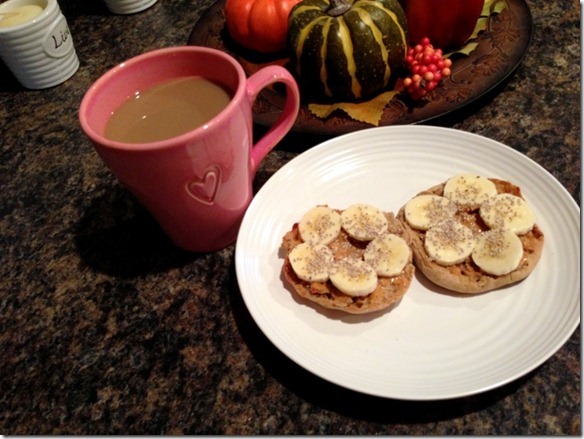 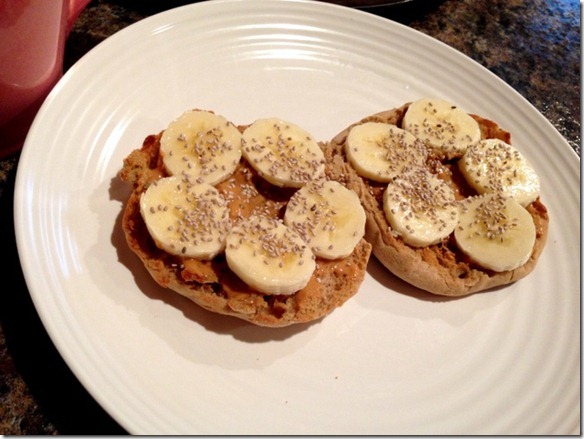 Now, let’s hope I have some energy to get me through my stability ball circuit. Weights, here I come!

Are there any recipes that a family member/friend makes that you LOVE, but can never quite seem to replicate it yourself?

What are some memories you have of food when you were younger? (recipes you loved, traditions you had, etc.)