Well it has been a really great weekend so far, I must say.

First, we had the wedding on Friday, which was obviously a blast.

Then on Saturday evening, we had some friends over to help finish the back deck (it’s gone!) and ended the evening with a bbq and a bonfire.

And Octoberfest. Because it’s officially September now, so I can fully justify it.

Jay is actually the one who decided to pick it up the other night when we stopped at Trader Joe’s…we just waited to dive in until the time was right.

Yesterday, I enjoyed a bit of lazy time in the morning, followed by this great walk on the treadmill plus a few easy abs moves. After that, we headed out to celebrate this little guy’s first birthday, and then spent the rest of our day up on Saratoga Lake.

It was a beautiful day, so we split our time between the boat, playing the most epic game ever of cornhole, and enjoying time with family.

I took the entire past two days off from the camera and decided to just embrace the weekend (thank you to Jay, who used his Instagram a few times!). I think for those of us who do blog pretty consistently that it’s so great to take some time off now and then, to just live in the now…instead of behind the lens. Ya know?

This morning, I woke up and immediately put on a pot of coffee while I got some breakfast ready. Empty peanut butter jar in the house…you know what THAT means. 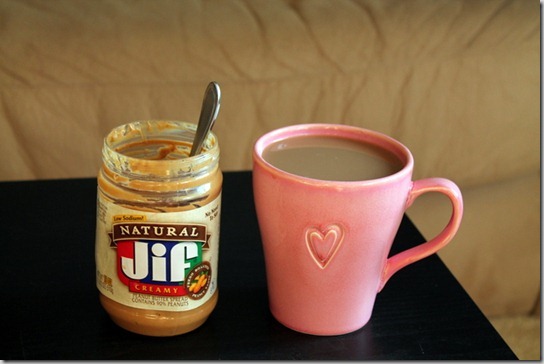 OIAJ, baby! But not just any oats in a jar… 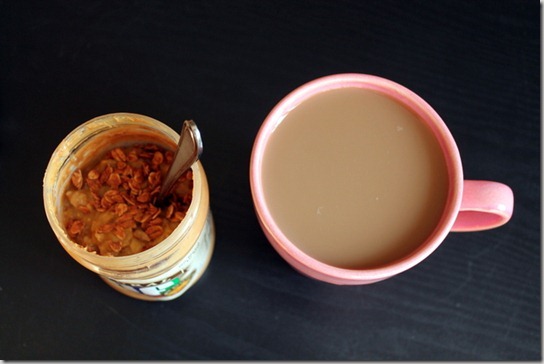 Can ya tell? Can ya? 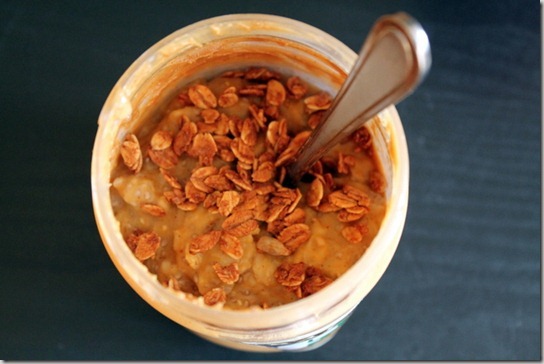 It’s now September. If you read this old post, you’ll know what’s happenin’ up in there. (going back and reading old posts like that always make me laugh and cringe at the same time)

But for now, I’m off to go enjoy the rest of my long weekend…hopefully you’re all doing the same!