Is it just me, or did Monday come wayyyy quicker than it’s supposed to this week? I’m sure that my mighty busy weekend probably had something to do with it, so here’s what you may have missed…

Pushed To The Max

Jay and I spent the majority of our afternoon and evening yesterday over to Joe & Kate’s house for some Sunday Football, quality friend time, and snacks. 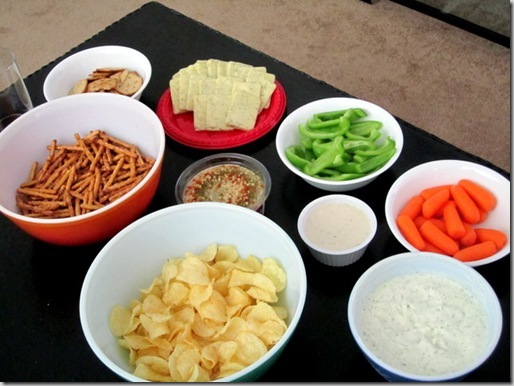 We kept things fairly simple yesterday, with some fresh veggies and dip, chips, pretzels, cheese and crackers. I also enjoyed another one of my delicious pumpkin beers while watching the game. 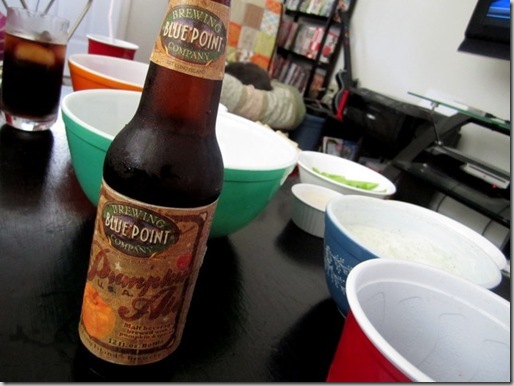 Or rather, let me say…games. 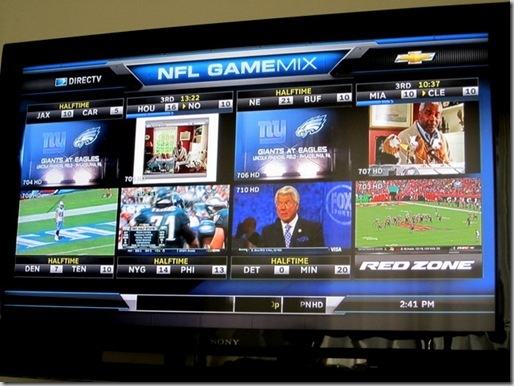 Joe & Kate have the NFL package as a part of their cable network, so they always get to watch every single game that’s playing at once. Let me tell you…it takes some effort to follow along with all of those games!

Their little big kitty, Iris, made sure to hang around most of the afternoon, too. She’s such a cutie! 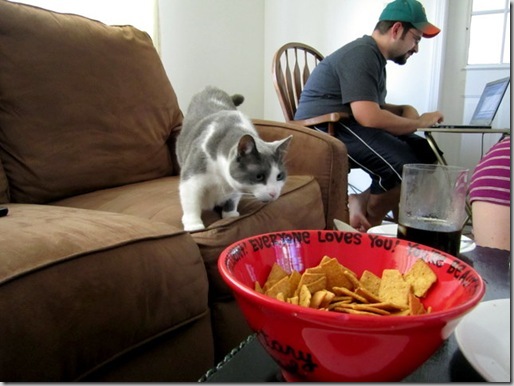 By the time the second round of games was coming on, I put together my contribution to our snacks for the afternoon. I will warn you, however; it is not pretty… 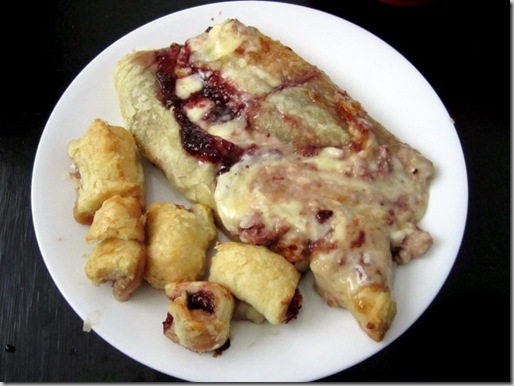 I received a large wedge of Ile de France brie to try earlier in the week, and I knew that it would be a perfect item to bring and share with friends (because as much as I love brie, I don’t need to be eating an entire wedge of it by myself). 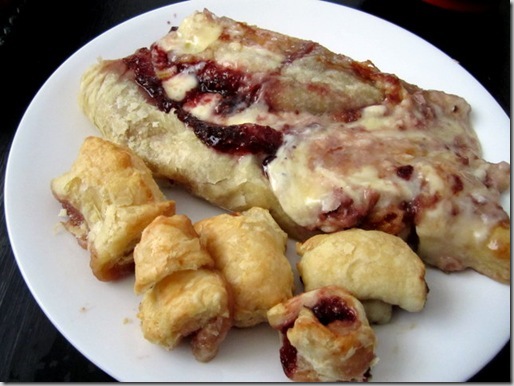 I baked the brie in a sheet of puff pastry and topped it with some raspberry preserves before putting it in the oven; but apparently, I need to work on sealing things up a little better. Luckily, even though it looked ugly, it was really, really tasty, and I had no problem eating my body weight in brie, crackers, and baby carrots all afternoon. Whew!

This morning, I was craving something cold but was honestly feeling too lazy to pull out the blender and make a smoothie bowl…so I did the next best thing. 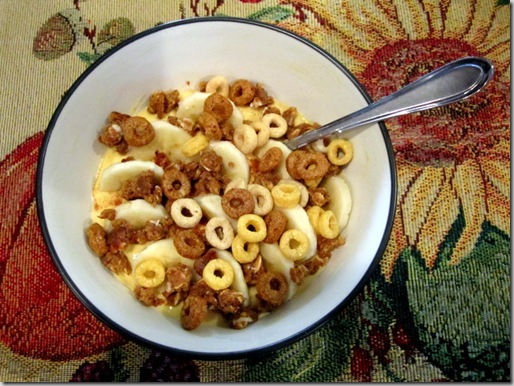 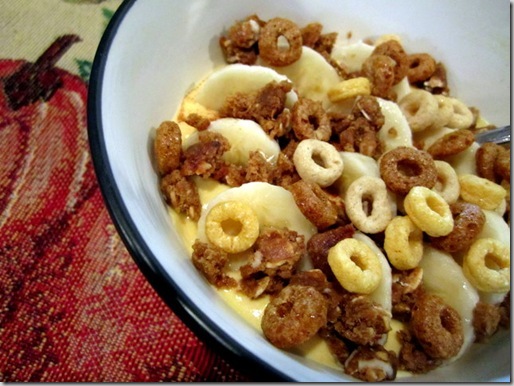 Of course, a mug of homemade pumpkin spice coffee to round out the meal. 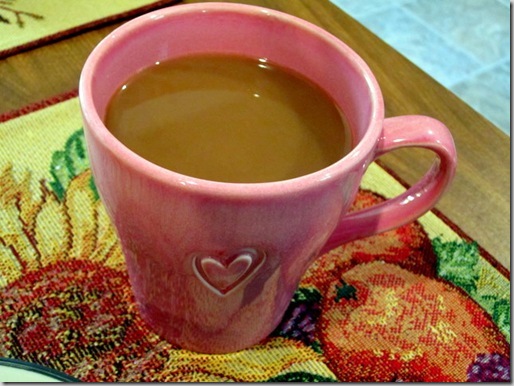 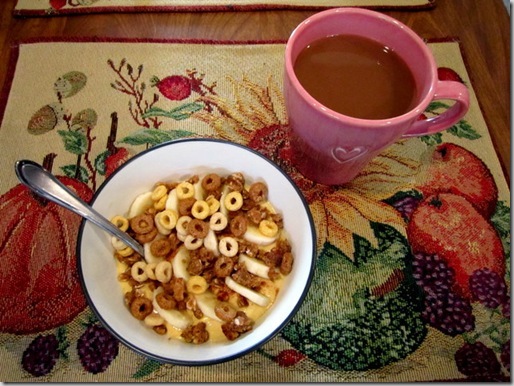