Ahhhh, why hello there, Friday. So nice of you to arrive after this long, drawn out week. I’ve been looking forward to you for days.

Happy Friday everyone! I’ve got lots to catch ya up on, so let’s go!

Last night, I had another evening shift at work, which meant I had to figure out something in the meal department. Before I left, I packed up a few things, crossed my fingers, and hoped it’d work out. 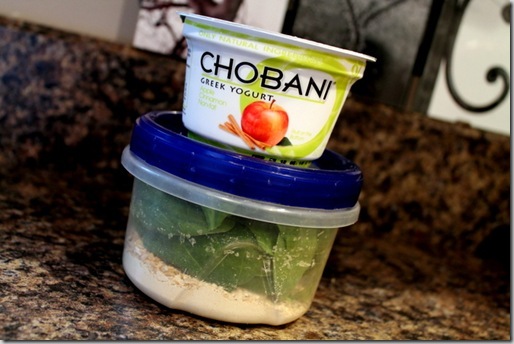 I combined about 2 scoops of vanilla SunWarrior, 1/4 cup oats, 2 tsp chia seeds, and enough fresh spinach to fill the rest of the container in preparation for a protein smoothie. 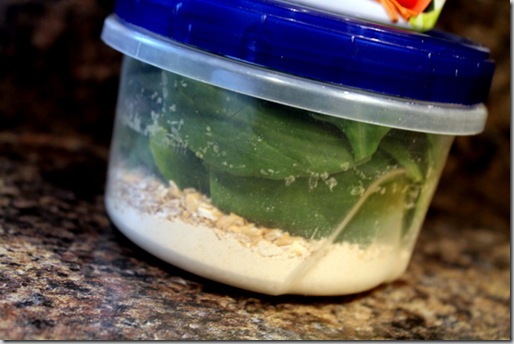 About halfway through my shift at work, I made my smoothie which, well, definitely turned a few heads. You’d think nobody had ever seen a green monster before? 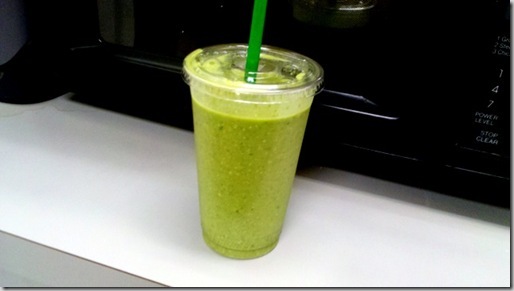 In fact, when I whipped out my spinach and tossed it into the blender, one of the other girls who was working quickly proclaimed, “Ewww, OMG, you’re putting spinach in your smoothie?!?” I knew there was no way to convince her that she wouldn’t be able to taste it if she didn’t try it, so I poured a little in a cup and had her give it a go.

Let’s just say, we may have a new convert.

I didn’t have time to eat my yogurt while at work, but since it wasn’t too late by the time I finished with my client, I decided to just have it at home. 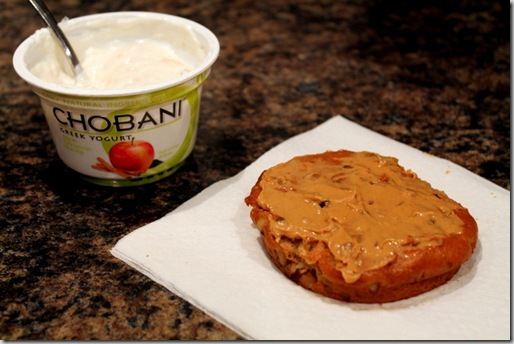 I paired it along with a Banana Nut VitaTop, topped with about 1/2 tbsp peanut butter. 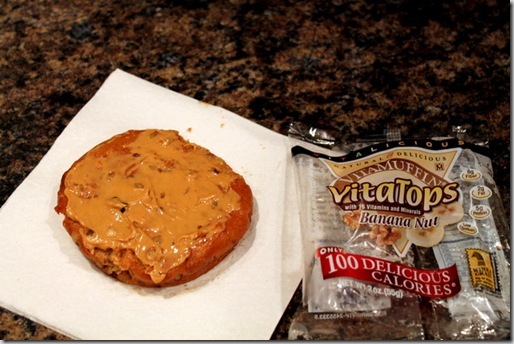 It wasn’t really the most conventional dinner, but between all three, I was still able to incorporate some protein, veggies, healthy fats, carbs, and dairy. Plus, I felt totally satiated, so that makes me okay with unconventional.

Fast-forward to this morning and it was once again time for an early shift at work. Before leaving the house at around 5:40am, I had a pear sprinkled with some cinnamon. I know that a lot of people say that they have a hard time eating first thing in the morning, but I am not one of them. Besides, you really *should* eat something, even if it’s just a piece of fruit, within a half hour of waking up. Gotta jumpstart that metabolism for the day! 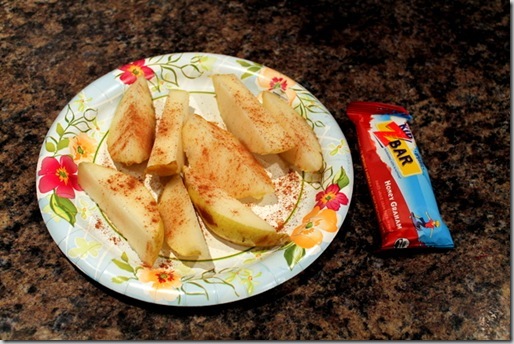 I ate my Clif Z Bar around 8:00am, right before taking a new-to-me class at the gym. One of the girls I work with, who teaches it, told me I should try it out to see whether or not it might be something I’d be interested in teaching myself.

The class is focused almost entirely on the lower body – glutes, quads, hamstrings – and abdominals, similar to a Physique 57 or barre class. I can tell you with 100% certainty that I don’t think my lower body has ever burned as much as it did this morning. I’m actually already afraid to wake up tomorrow!

Once class was over, I headed back home to make some breakfast. 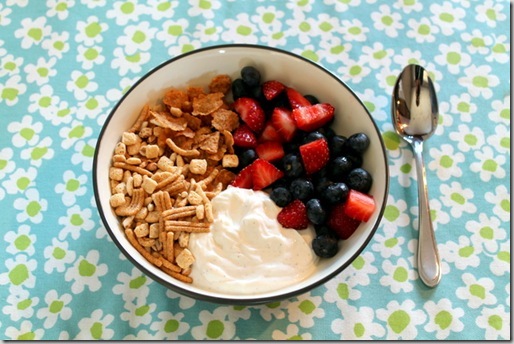 I needed to switch things up today, so I put together a yogurt bowl with plain Greek yogurt (mixed with cinnamon) strawberries & blueberries, and 1/4 cup each of Kashi Go Lean and Special K Protein Plus. It was definitely a nice change of pace. 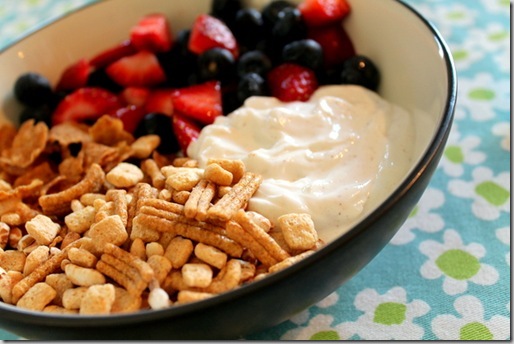 Oh yeah, and I also treated myself to Coffee Friday today. 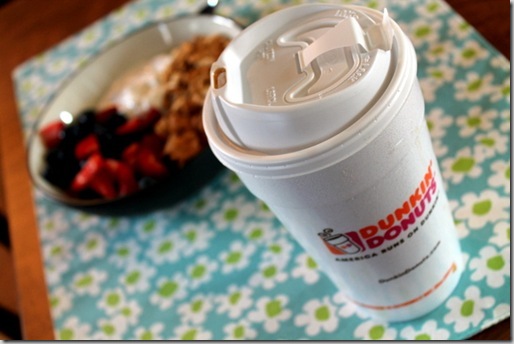 I feel like it’s been forever since I last celebrated a Coffee Friday (as long as you don’t count this week’s Coffee Monday).

I’m thinking about squeezing in a quick upper body workout now before showering up. Hmmm, what to do, what to do…

What are some of your favorite “unconventional” meals?

How soon do you eat upon waking up?

« My Kinda Nasty Confession
Ending On A Positive Note »