Well if there’s one thing I’m learning very quickly since becoming a mom of two kids, it’s that I have a whole lot less time available to sit and work at the computer. Hence, the reason I’m coming to you today rather than yesterday to tell you about our weekend.

Not that there’s anything earth shattering that you missed…there was plenty of this. 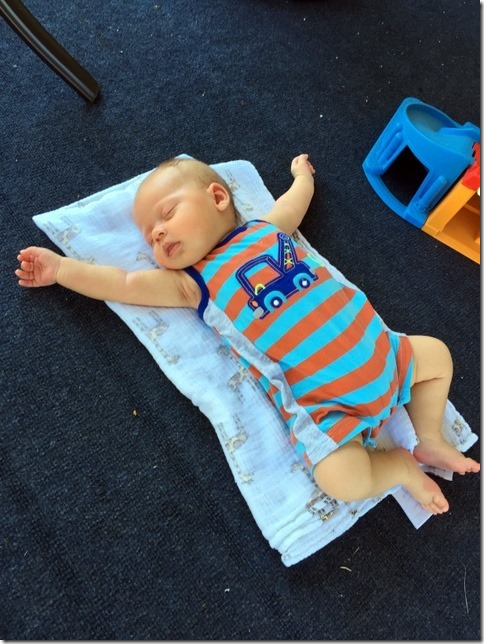 And there was also some of this, too, which was awesome. 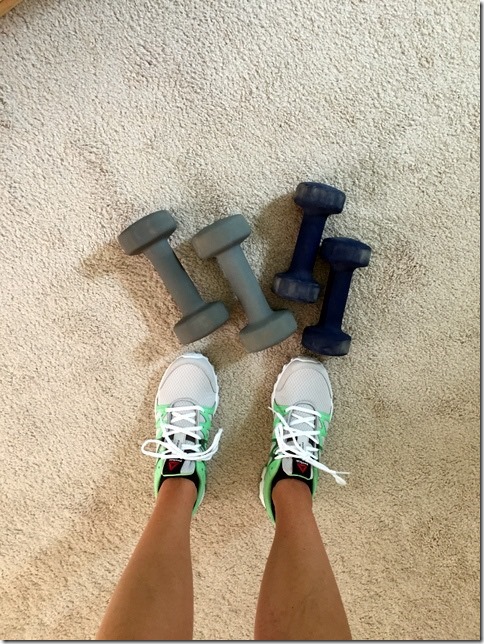 And by awesome, I mean awesome in the sense that I was able to actually do it. Not necessarily that I did it well, ya know what I mean? HA!

I was officially cleared for exercise as of my six week follow up appointment on Friday, and although I’ve been doing some easy workouts here and there since about 4-1/2 weeks postpartum, it felt good to really dive in and try some of my favorite videos. It hasn’t always been pretty, but it’s amazing what a solid, 30 minute workout can do for my mind right now.

Most of the time, I try to squeeze my workout in while both kiddos are napping in the afternoon. But I’m also finding right now that mornings are also a good time; Alex tends to wake up around 6am to eat then usually goes back down until about 9-9:30am. Lucas is up anywhere between 6-7am these days, so since he’s up, I’ll allow him to watch a show…or he’ll come and exercise with me. 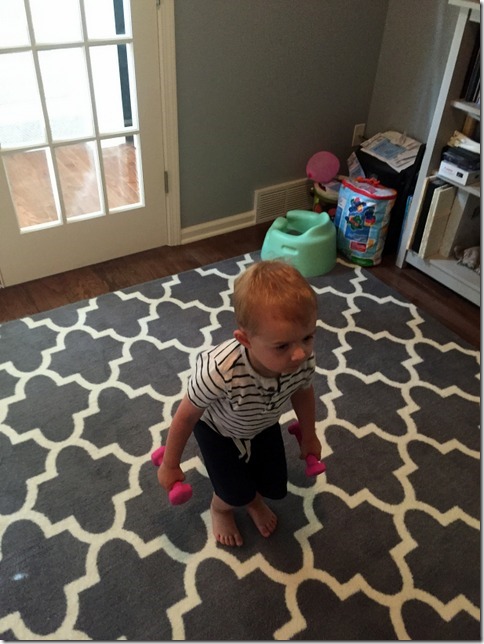 It’s so cute. He’ll ask if he can go and get “his” weights (my 2lb-ers) and he’ll try to mimic some of the various exercises that I’m doing. Just goes to show ya…they’re always watching! 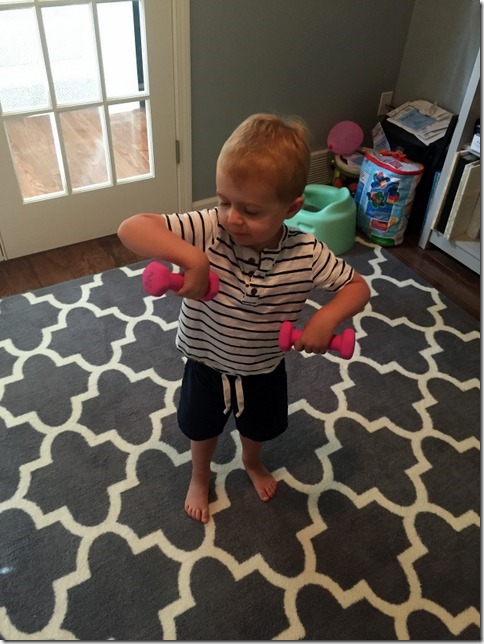 And I’m more than happy to lead by example.

For this reason, it’s also probably why Lucas is such a fan of ice cream and sprinkles. He gets that from his mommy, too. 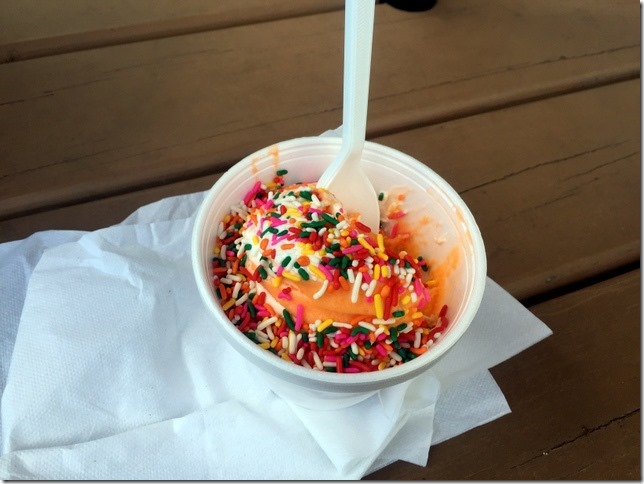 I’d been dying for some soft serve from our favorite spot (The Snowman) and I hate that we’re no longer a five minute drive away from it! But this weekend, we decided to pack up the car and make the trip over to have some for lunch. 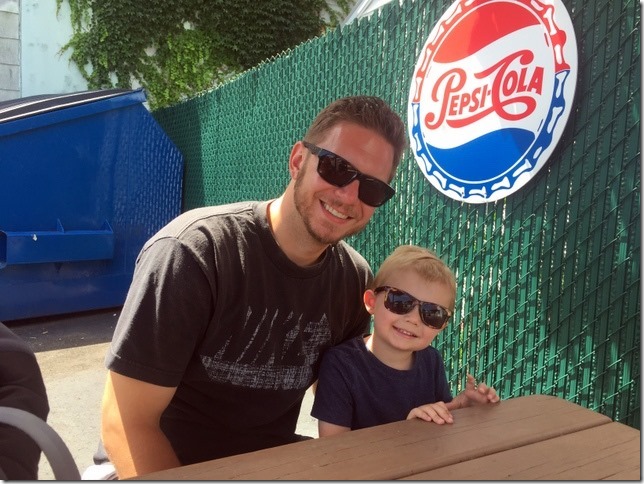 I mean, who doesn’t love ice cream for lunch, right?! 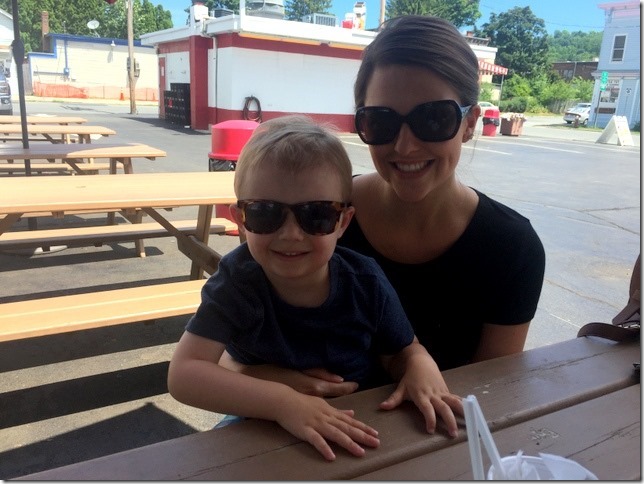 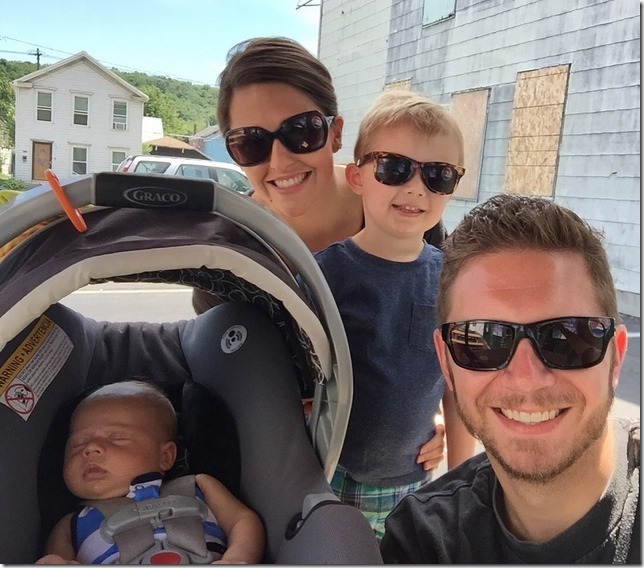 We also needed to hit up Home Depot to check out some carpet samples for the basement, but that was a good idea for about two minutes before Alex decided he was not having it in his car seat. Ahh well. 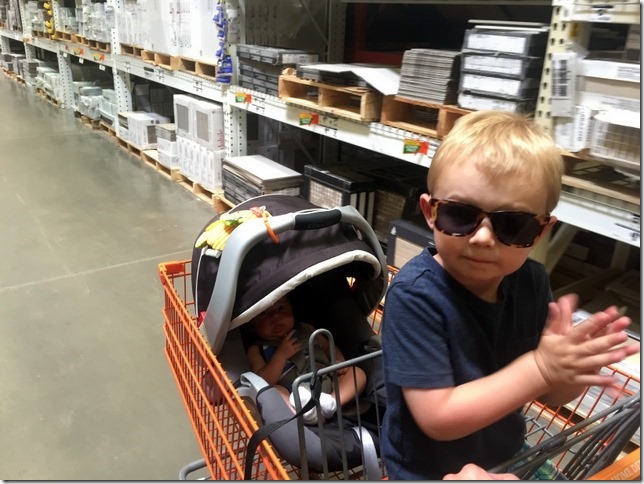 Let’s see…what else went on this weekend?

I got a solo trip to the grocery store. That was super awesome. 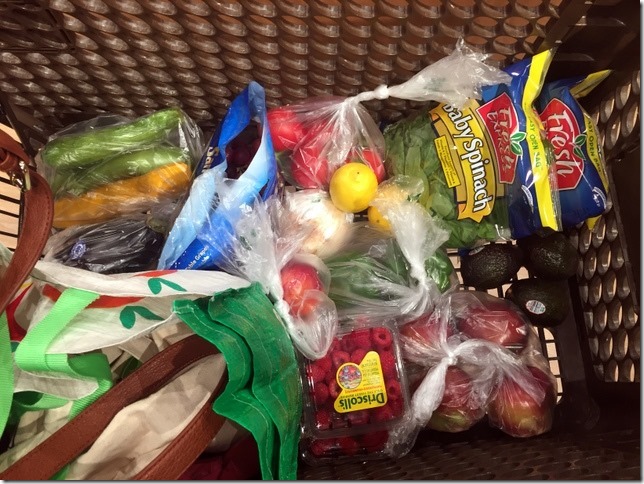 Stocking up on lots of fresh produce always feels so great, doesn’t it? I had all sorts of goodies in my cart with a plan to GRILL. 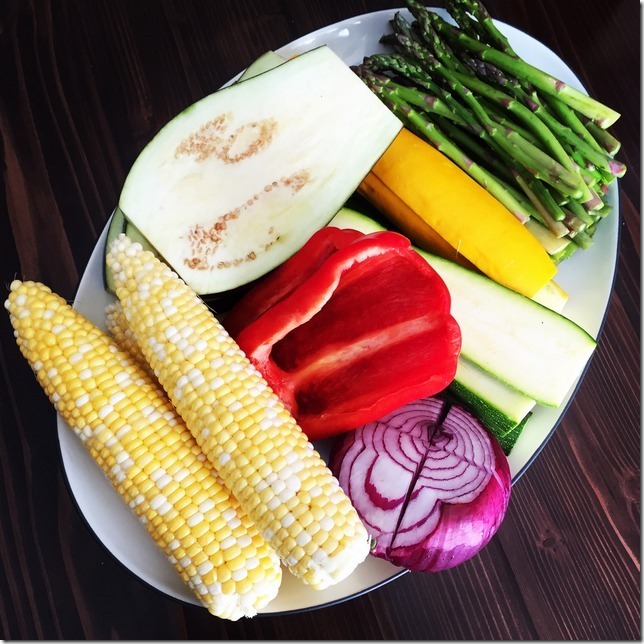 I recently came across this recipe that I pinned a while back and had remembered making for Lucas’s birthday last year. It was SO good and I knew it would be great to make on Sunday to have for the week ahead. 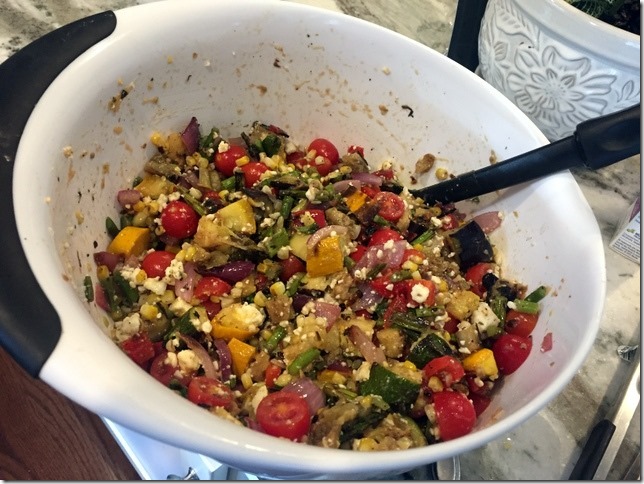 So we had it for dinner last night with some simple and delicious Italian grilled chicken. A perfect summer meal, if you ask me. 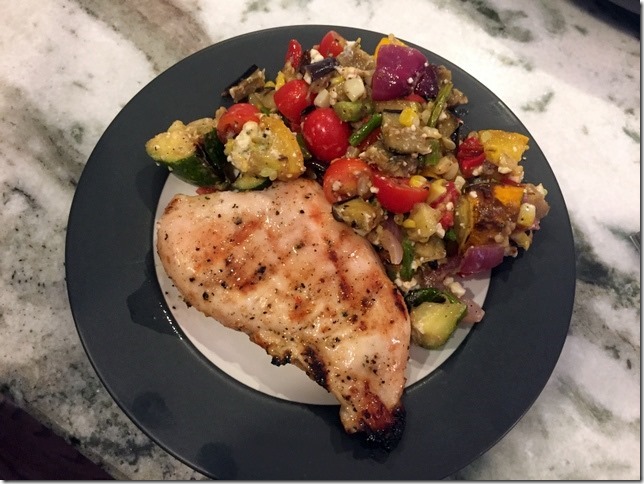 Especially because I rounded it out with some of this wine, too. It’s basically one of my favorites, EVER. (Thanks again, Mal & Brian!) 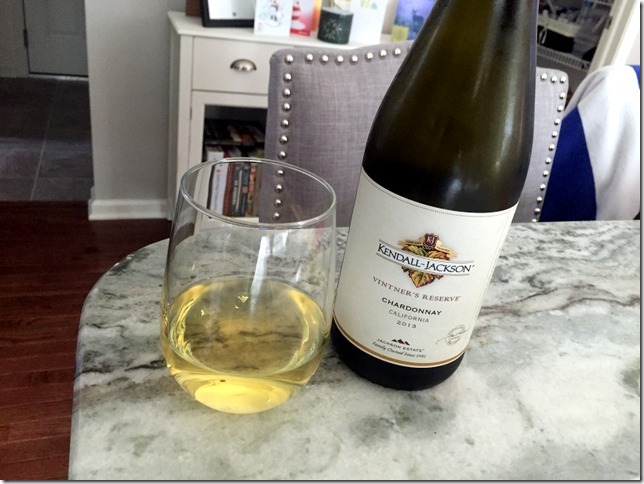 But other than that, that’s really all I have to share from the weekend! 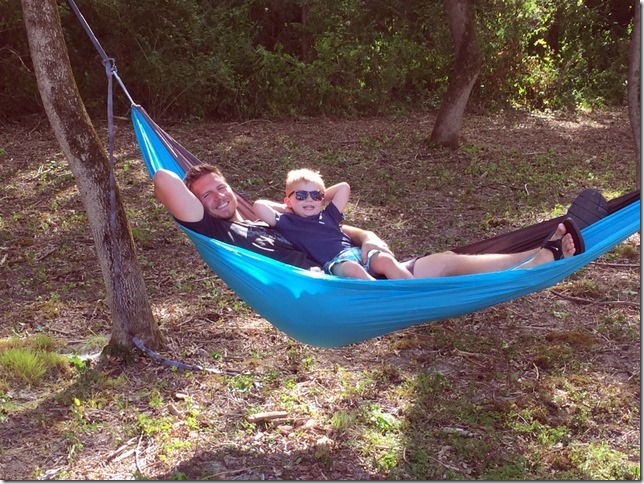 Things are still crazy and some days are definitely easier than others, but I’d say that overall, things have improved a bit from those first couple of weeks when Alex was miserable (which I’m now assuming was majorly in part from the medicine he was on for thrush). One of these days…ya know, when I have more than 10 minutes to type up a post…I’ll fill you guys in with more details on how things are going!

But for now, I’m off to go try and squeeze in another episode of Scandal. Like I said…OBSESSED!!