Merry Christmas Eve, Eve! I can’t even believe that we’re already into Christmas week. Doesn’t seem possible, does it?

Well, I’m not quite sure how often I’ll be checking in this coming week, but I had to pop in and say hi this morning…especially since I have a pretty fun giveaway for ya at the end of the post. But first, let’s do a little recap of the weekend!

Saturday morning started off quite early thanks to a certain someone’s wake up call at about 6:30am (but he did sleep through the night, so I really can’t complain!), so we all trekked out to the living room to start the day. Lazy Saturday mornings in PJ’s is where it’s at. 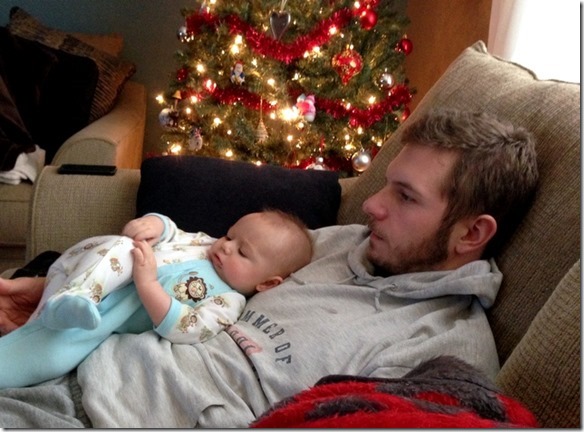 However, the whole “lazy” aspect seemed to have bypassed Lucas. He stayed chill for about 2 minutes, and the rest of the morning he was a wild man. Can’t ya tell? 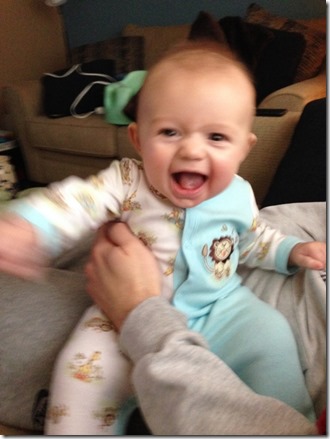 Oh my GOODNESS, he was just such a stinkin’ blast this weekend. Although he’s been giving us little giggles for a couple of weeks now, he suddenly discovered his “cackle” of a laugh, and was putting it to good use alllll weekend long. Ohhh, it’s so fun.

Saturday afternoon, we decided to brave the mall (were we crazy???) for Lucas to meet Santa. Luckily, this trip turned out to be wayyyy better than the last time we hit the mall with this guy, and was actually pretty fun. 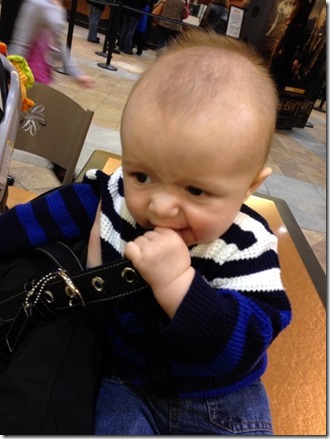 After he got to meet Santa, there was a little bit of a wait for the photos to be ready, so we browsed a couple stores and hung out in the food court for a while. 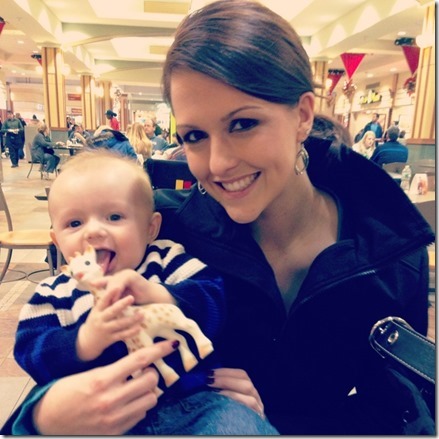 And, once again, he continued to make us laugh and seemed to attract attention no matter where he went. Such a ham.

And as for the pictures with Santa? Well…not too shabby. 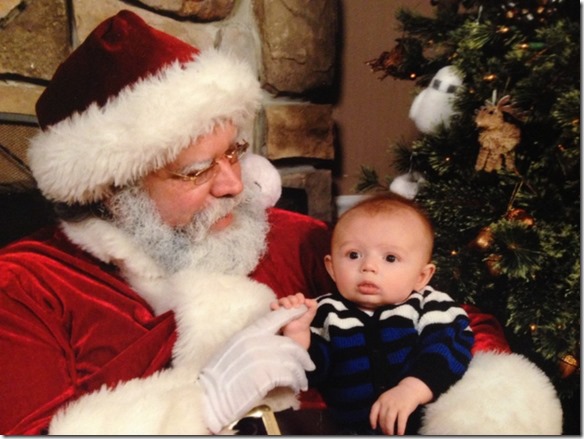 There were no tears and no pouty lip which was certainly a victory! But there were no smiles either. I don’t think Lucas quite knew what to think of Santa, but it was cute nonetheless and I was so glad we decided to make the trip.

On Sunday, my in-laws came over to spend a few hours with Lucas while Jay and I went out for a nice, late lunch date. A few weeks ago, I received a gift card to Bonefish Grill and Jay and I just finally made it out yesterday to use it (such is life with a new babe!).

Since it’s always a celebration now when we get a meal out, we started out with a couple drinks to celebrate…beer for him, sangria for me. Mmm mmmmmm. 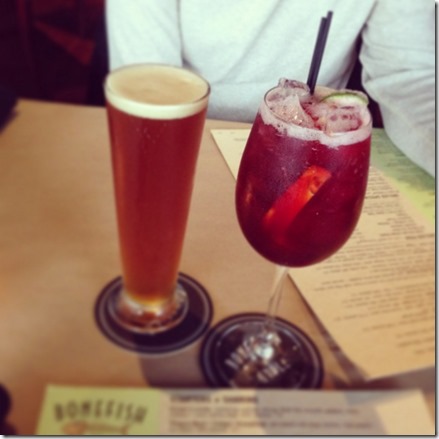 We started off with their Bang Bang Shrimp appetizer, which was recommended to us by our waiter, and is apparently a customer favorite. Well, after one bite, it was easy to see why. 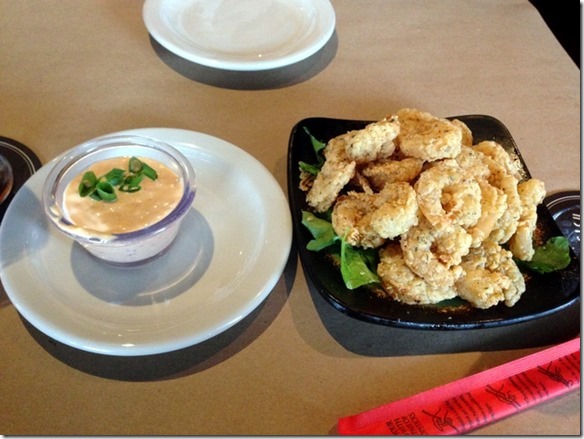 WOW, is that stuff good! Since the menu described it as a “spicy” sauce, we asked if we could get it on the side which I definitely think was a good move for this less than spicy kinda gal here. So, so good.

For my main entrée, I ordered the Lobster Thermidor Dorado, which was Mahi topped with sweet lobster and lump crab, served with garlic whipped potatoes and spaghetti squash. 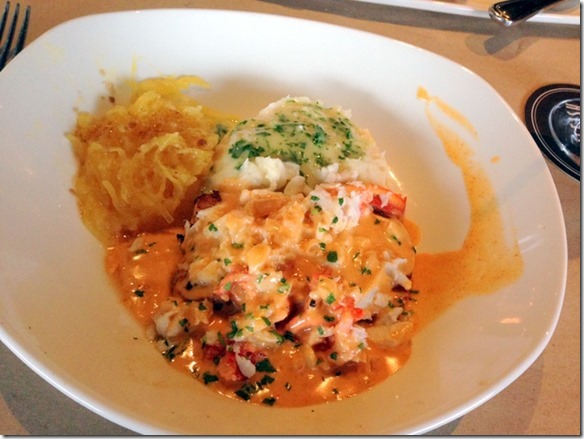 Jay ordered the grilled Mahi (apparently we were on the same page yesterday?), and we both agreed that both dishes were super delish. 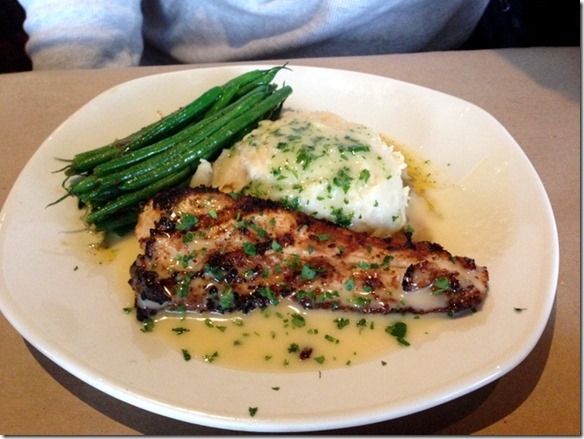 We were both pretty full after lunch, but we decided to finish off our meal with a sweet cocktail to share and ordered the Ghirardelli Winter White Chocolate Martini. 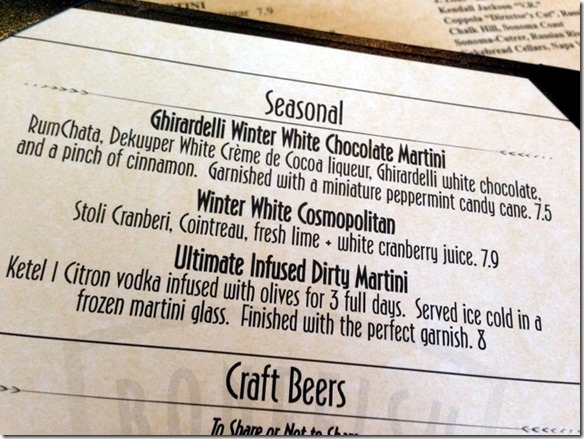 It’s one of their seasonal specials right now, so it only seemed fitting to give it a try. 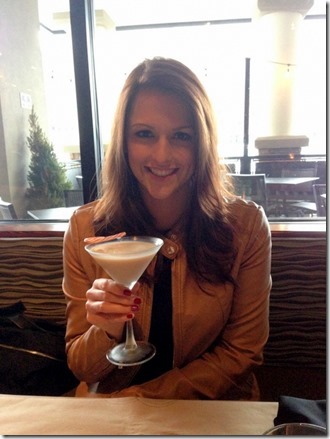 And I mean, how cute is the little candy cane garnish, right? 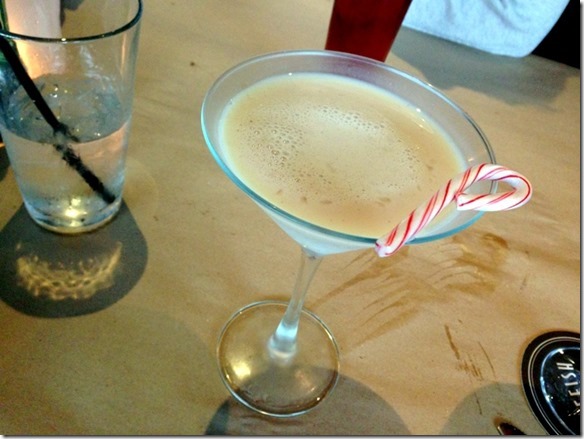 For it being our first trip to Bonefish Grill, Jay and I both agreed that we are definitely fans and would absolutely make the trip back again. And lucky for you guys, whether you’re already a fan or have yet to give it a try, I have a chance for one of you to win a little somethin’ special…

One lucky STSL reader will win a $50.00 gift card to Bonefish Grill!

To Enter: Check out the Rafflecopter Giveaway below for ways to enter (up to 3 possible entries!). The giveaway will close tomorrow, December 24th, and I’ll announce the winner later this week (most likely on the 26th). Good Luck!