I seriously don’t think that the weather could have gotten any nicer this weekend. We spent as much time as humanly possible that we could outdoors, either in the pool, by the pool, or in the yard having picnic lunches. 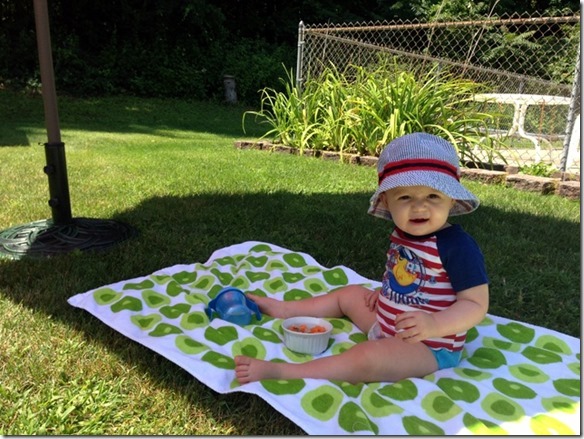 Saturday afternoon we spent a good part of our afternoon hanging out in the backyard while Lucas went back and forth playing with his water table, pool, and slide…while also simultaneously trying to climb the deck stairs every five minutes. Whew, talk about exhausting! 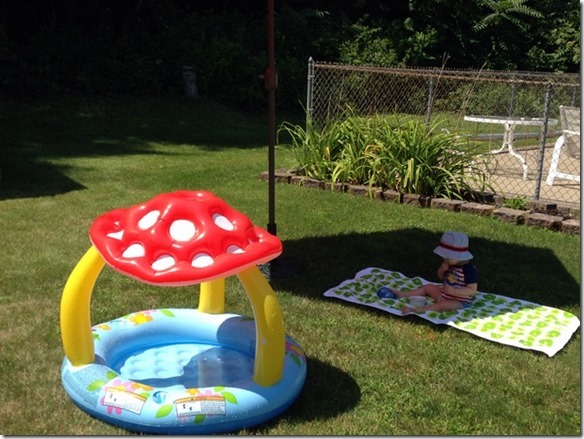 Me and my cool dude. 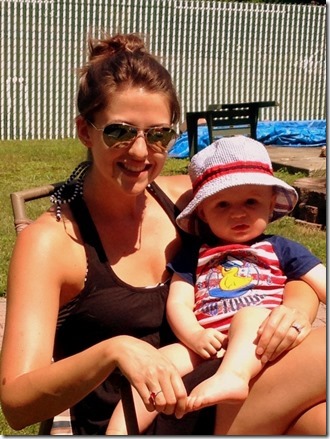 Once the little man went down for his afternoon nap, I decided to squeeze in a quick interval run. 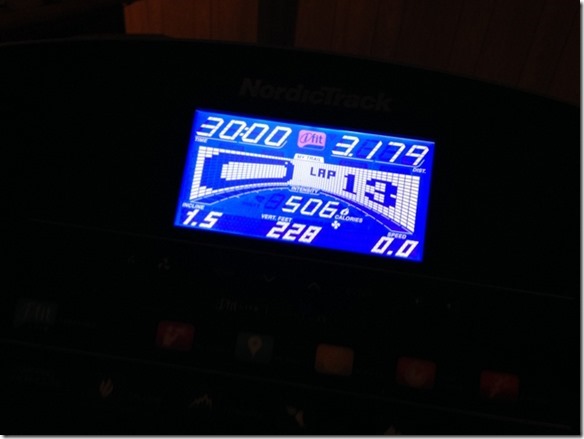 I figured since I’m supposed to, you know, be doing that whole five and dime thing in a little over two months, I should probably get back into my running game.

What did I get myself in to…

A little later that afternoon/evening, we headed up to our cousins’ Jenny & Steve’s house for a backyard par-tay! And I’ll tell ya…they sure know how to throw a good one. 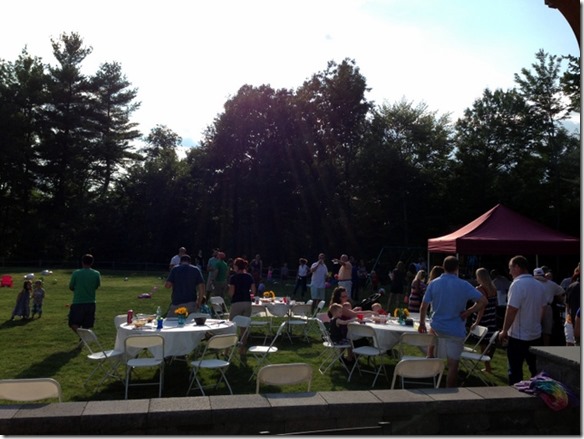 They had all-you-can-eat wood fired pizzas in all sorts of varieties (made right in front of us) that were absolutely delicious. 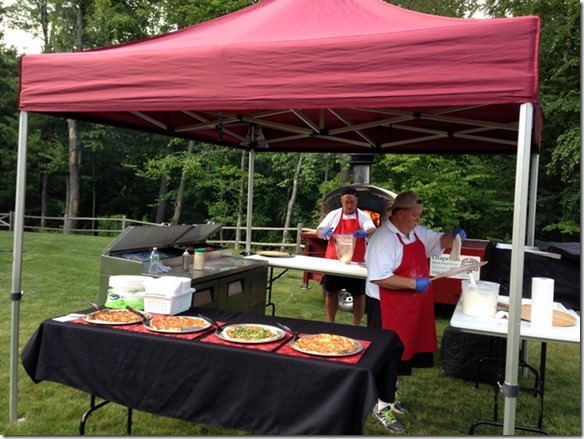 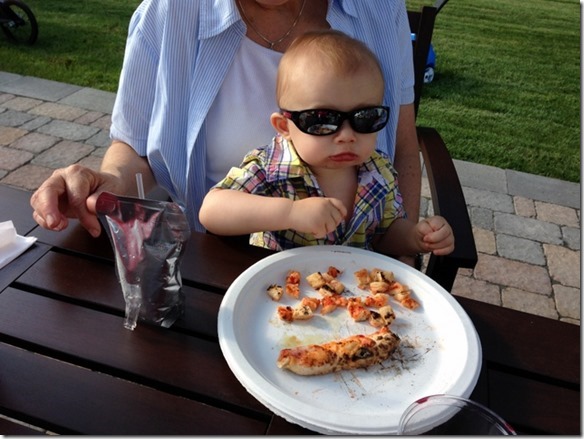 There was some insanely good sangria that mama may have had a glass or two of. Or four. But who’s counting? 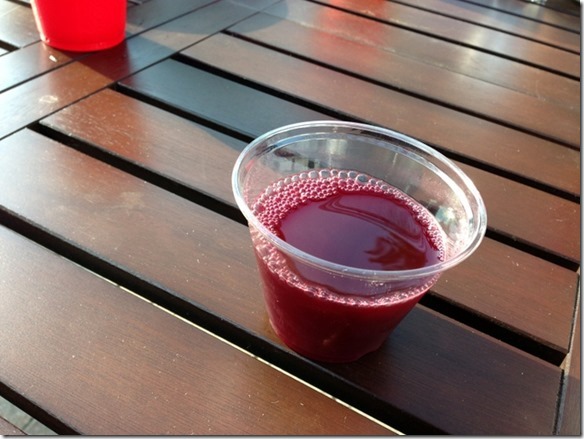 And then, to top it all off, they had the Ben & Jerry’s truck come by. I mean, how great of an idea is that?! 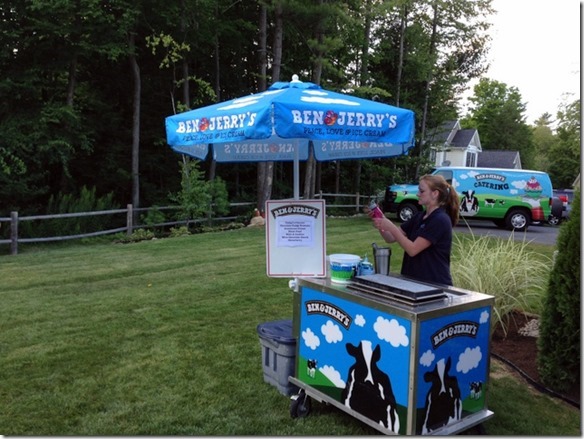 Plus, they had the Milk & Cookies flavor available, so it really just doesn’t get much better than that. 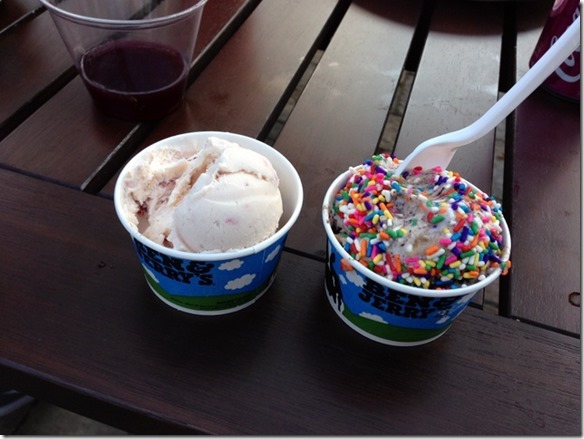 We attempted a little family photo. Lucas was thrilled, as you can tell. 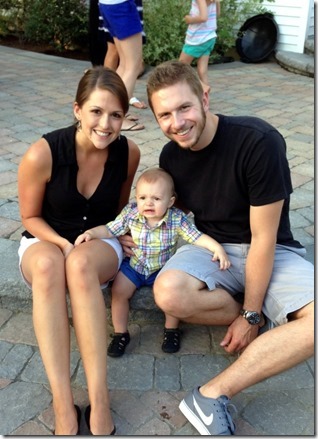 Jay’s parents were nice enough to take the little guy home for bed, so Jay and I were able to hang out for a couple more hours with some of our favorite cousins. Such a great night!

Sunday started off with a little grocery shopping…check out those savings, baby. 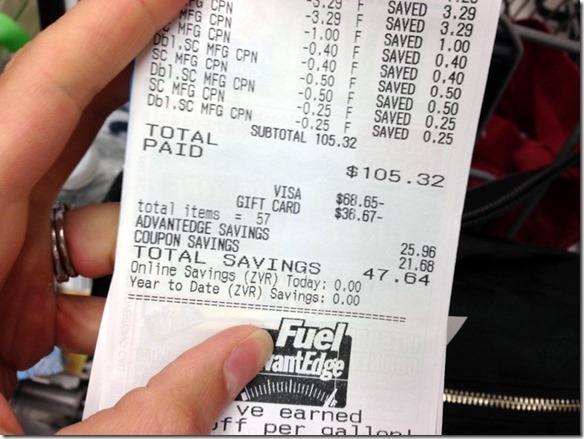 And I made sure to go nice and early because I wasn’t gonna have anything take away from my pool time. 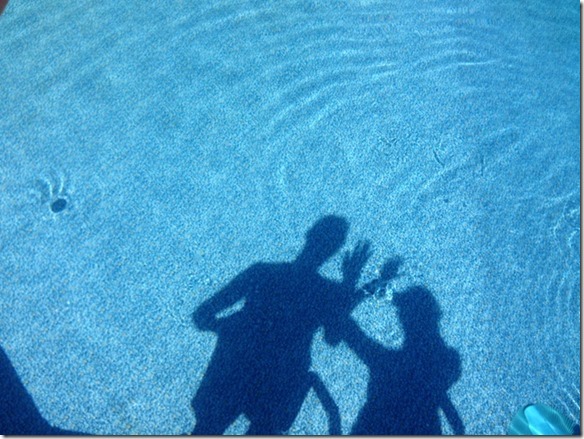 Jay and I spent pretty much all day outside, minus a couple of hours in the afternoon when Lucas was a bit of a grumpy pants and just wanted to be inside. Crazy child.

And then…there was dinner. Pure gluttony. 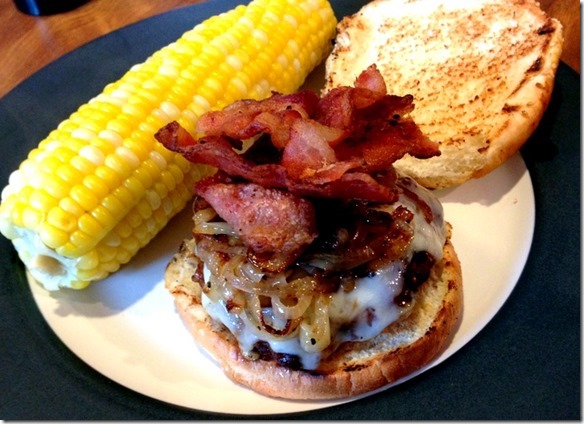 Jay had said he was craving a burger on Saturday and I agreed it sounded good, so I picked up some ground sirloin at the store and told him to do his thing. This resulted in some homemade BBQ Bacon Cheeseburgers with sautéed peppers and onions, and ohmygoddddd they were out. of. this. world.

The corn on the cob was pretty good too, if you ask this guy. 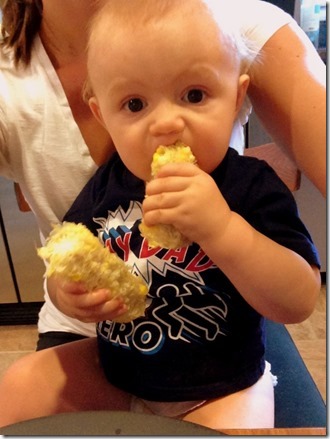 I had to run out to grab some milk for Lucas after he went to bed and just so happened to see that Stewart’s had a new, limited-edition flavor of ice cream called Backstretch Berry: Black Raspberry flavored ice cream with a chocolate cookie crumb swirl.

I knew I didn’t need it (I was stuffed from dinner), but… 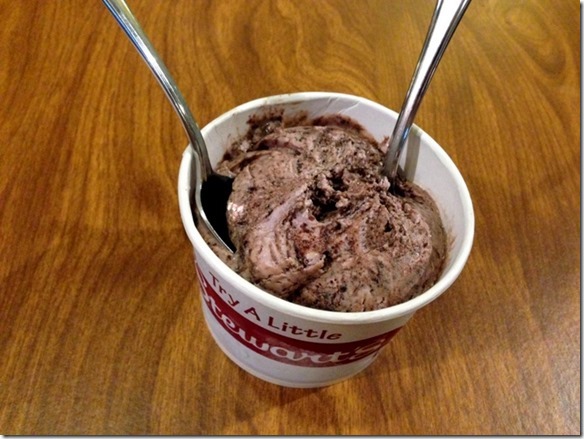 I just couldn’t leave without some, so I got a small dish for Jay and I to share…and immediately wished I had gotten two. So I’ll say this: if you’re local, go to Stewart’s today and get yourself some of this stuff. It’s incredible!

Aaaaand, that about sums up our weekend. Time to get back to the grind of the work week, but luckily it’s a short one for me before I head out to Cali! Have a great one, my friends!