I will say, Lucas seemed to have a really great first day of kindergarten on Friday. Details are few and far between, but from the little snippets we’ve been getting here and there, it seems like he had a really good day (and, of course, his favorite part was recess, followed by gym). 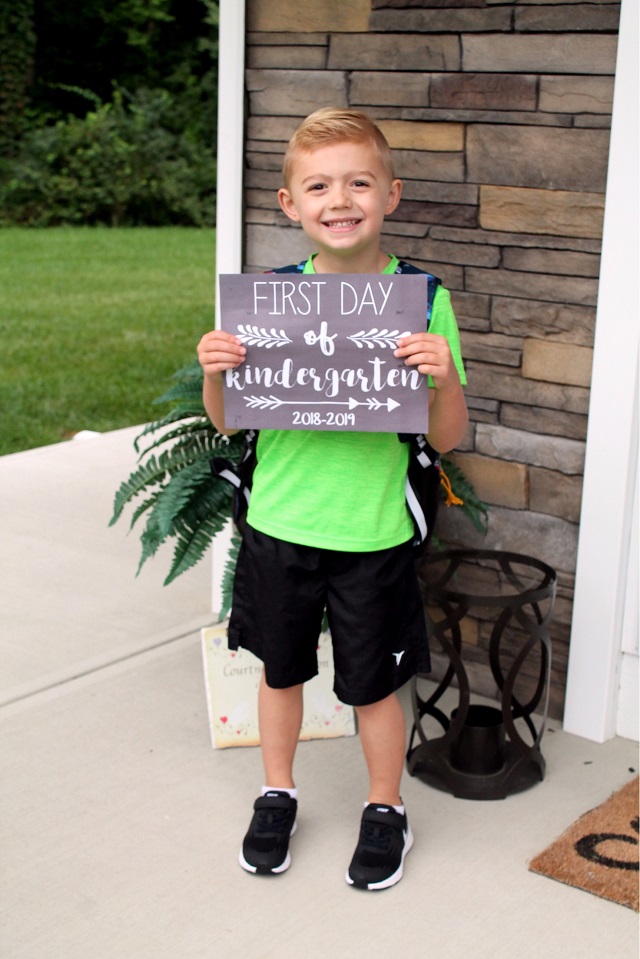 While I thought getting on the bus for him might have been a little tough (based on our previous talks), he completely surprised me and hopped right on as if he’d been doing it for weeks already.

So thankfully, he did great. I, on the other hand, was a total mess. I held it together until about 2 minutes before the bus arrived and then I could barely look in his direction without being on the verge of ugly crying and I just did not want him to see me upset. Whether he noticed or not, I have no idea, but it didn’t seem to phase him one way or another, thank goodness. And then as soon as the bus drove off? Forget it… Basket. Case. But hey, we all survived!

Fast-forward a bit to this past weekend and, whew! Talk about a chilly one.

Temperatures didn’t get much past 60 degrees (from what I saw), which was a far cry from what the weather has been like around here lately. But it was actually kind of nice to be able to bundle up in some sweatshirts and feel the fresh, crisp, fall-like air pass through the open windows. 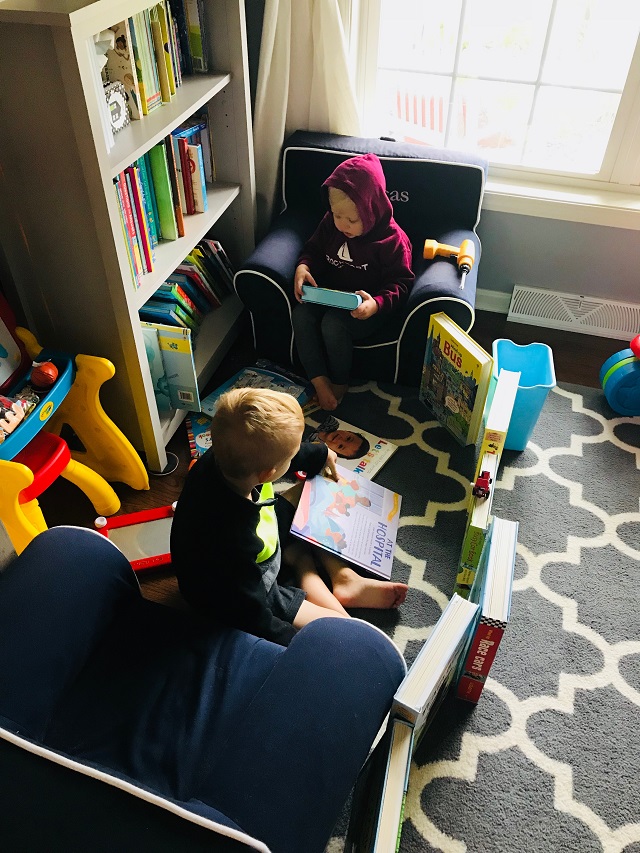 A little light, morning reading inside their “space house,” as they call it. <3

It turned out to be a pretty casual weekend, without too many activities. We had originally planned on trying to visit the local fair that was in town for the weekend (we had a blast last year!) but the timing just didn’t work out for us this time. We also couldn’t tell if Alex was starting to come down with some sort of cold (a bit of a cough + grumpiness), so instead, we stayed close to home and made our own fun both inside and out, which — sometimes — is just as fun as going out somewhere.

FYI: Trying to play soccer while also playing catch with two different kiddos is not the easiest of tasks. At least they were forgiving of my lack of skills while trying to multitask.

We had some good food, too, although not all of it went documented. Whoops! Pizza for dinner Sunday night (for the locals, we ordered the Chicken Bacon Ranch with red sauce on bottom from Sara Bella – it.was.SO.GOOD!), and a lazy but delicious dinner on Saturday featuring a couple glasses of wine, way too many handfuls of kettle corn, and some chicken wraps made with my forever favorite, Best Ever Chicken Salad. 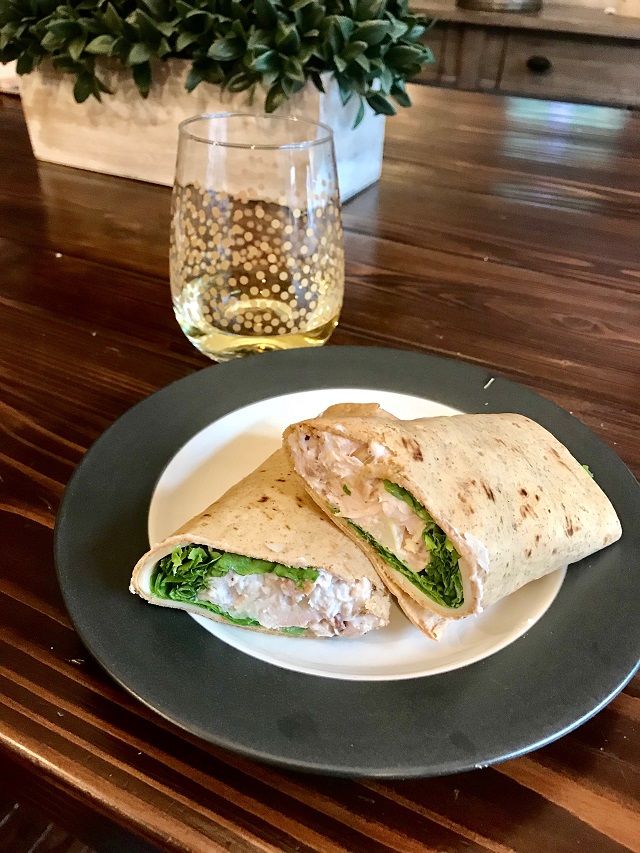 And then, of course, it wouldn’t be a weekend without a homemade egg sandwich from Jay… 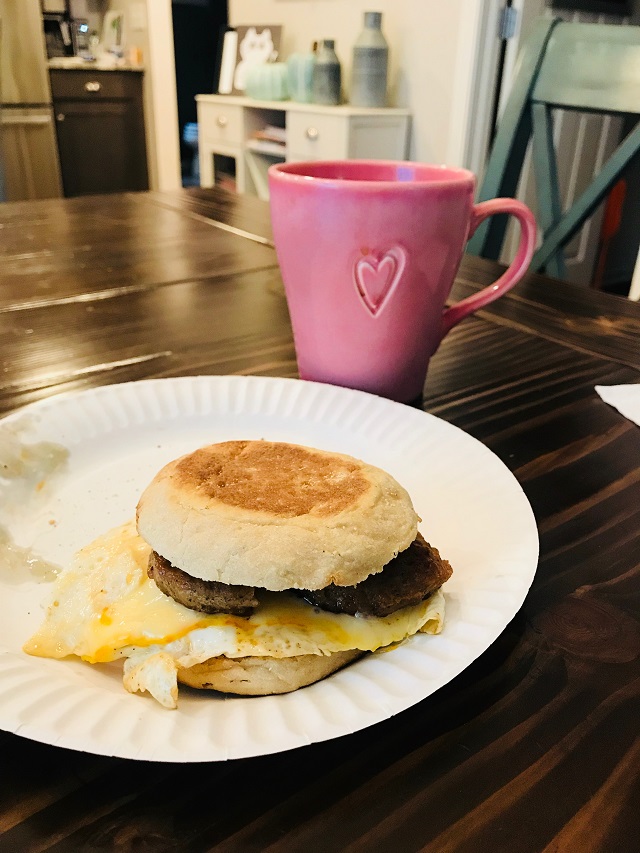 The weekend also warranted a little time out for mom, after a particularly trying Saturday morning with the boys (whyyyyyyy do they listen to NOTHING I say sometimes?!). So shortly after Jay got home from helping our cousins with something, I told him I needed OUT. And off to TJ Maxx I went. 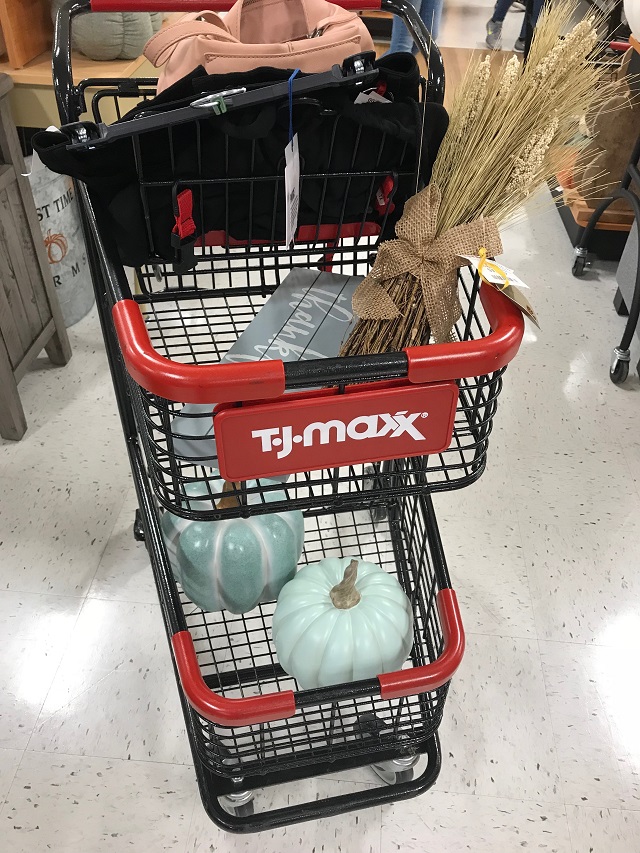 I had no intentions of buying any fall decorations, but then they had all of these adorable teal-colored fall decorations (which match the colors of some of our existing living room and kitchen accents perfectly) and I couldn’t NOT get them. Plus, it was like 55 degrees outside, so it just felt right. ; ) 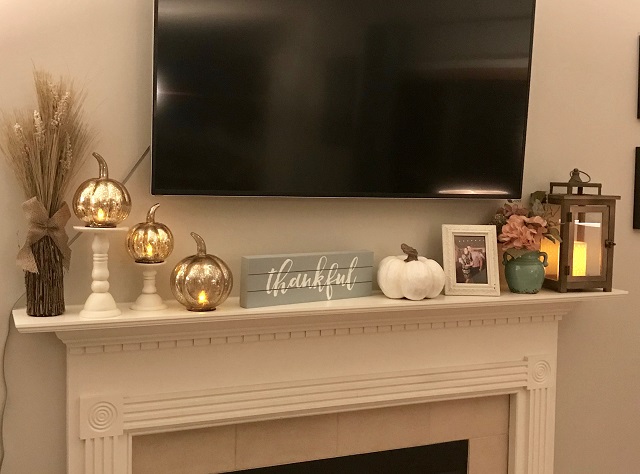 I also happened to snag a ridiculously AMAZING pair of black Paige jeans at TJ Maxx, too, and I’m SO pumped about it. 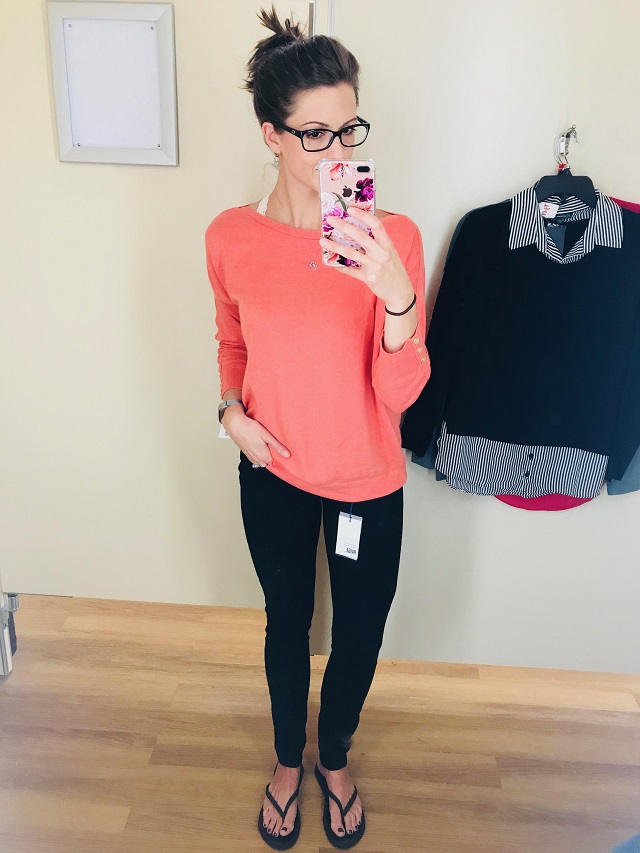 They look very similar to THESE, but I scored mine for only $70. And I’m pretty confident I’ll be living in them all fall and winter.

And with that, our weekend is pretty much summed up. I’ll be back later this week with some more recent outfits and (hopefully) another WIAW!