We got to celebrate this special guy yesterday! 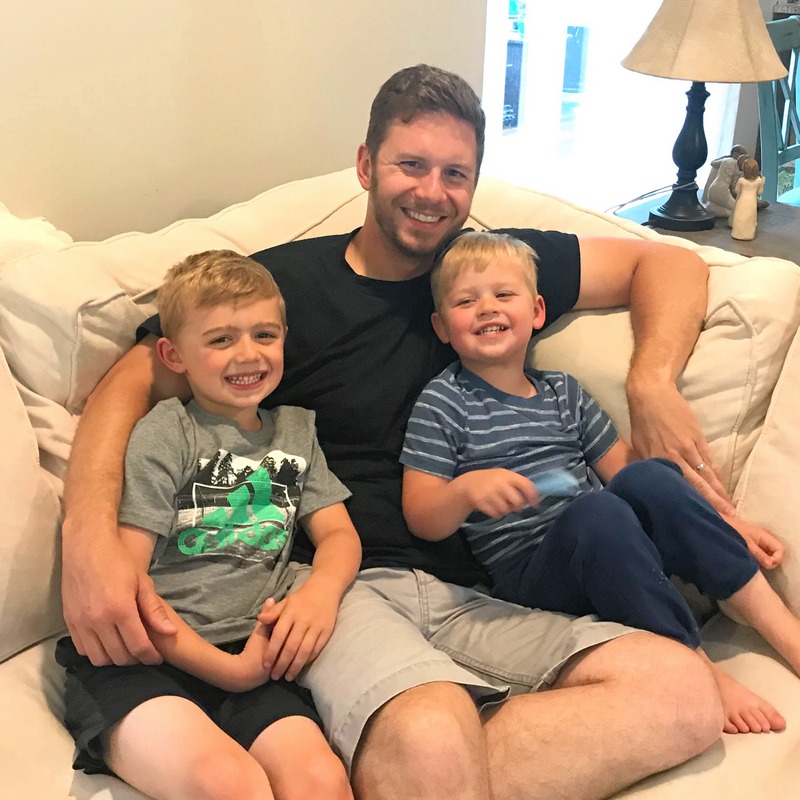 Who was/is, thankfully, feeling MUCH better than he was last week, thanks to those antibiotics kicking in. He’s still sore, and gets the occasional headache, but he’s definitely got way more life to him than he did before. Thank. Goodness.

Our Father’s Day was fairly low key, which is usually Jay’s preference. My parents were away for the weekend, so since we weren’t going to be able to see my dad, we FaceTimed with him and the boys to wish him a good day.

The weather was rainy and crappy, so we didn’t really get outside, but we still made our own fun inside. Like digging for dinosaurs! 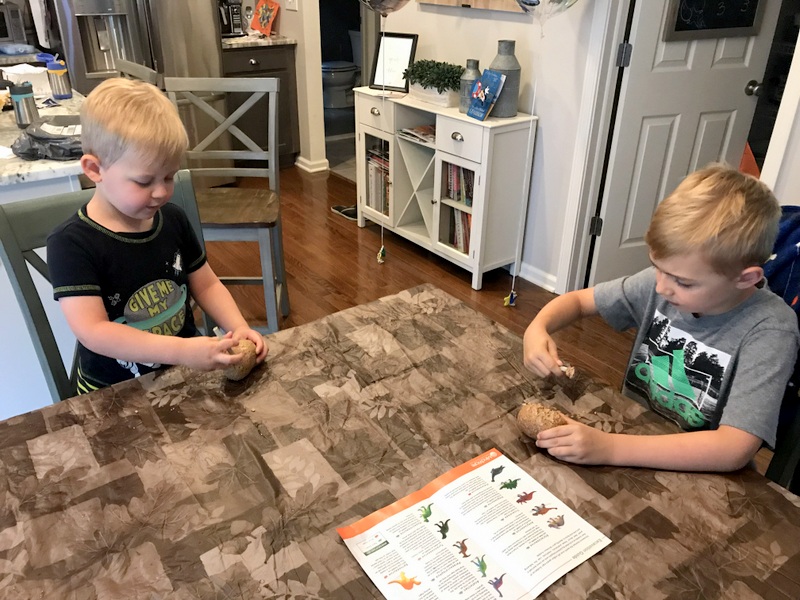 Alex got this set for his birthday from some of his cousins, and it’s a hit with both of the boys. Definitely recommend having a placement or tablecloth to be able to use and wipe down, but they were fun! And I love how they’re individually wrapped so (hopefully) they’ll last us a while.

And, of course, everyone gave daddy their special presents. Lucas was so excited to give his! 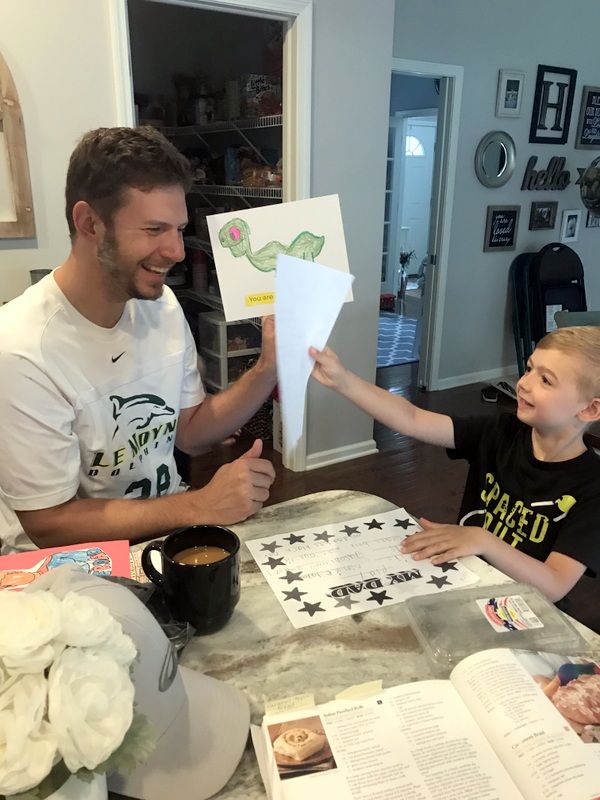 And honestly, I was too, because when this one came home from school, I got the biggest kick out of it… 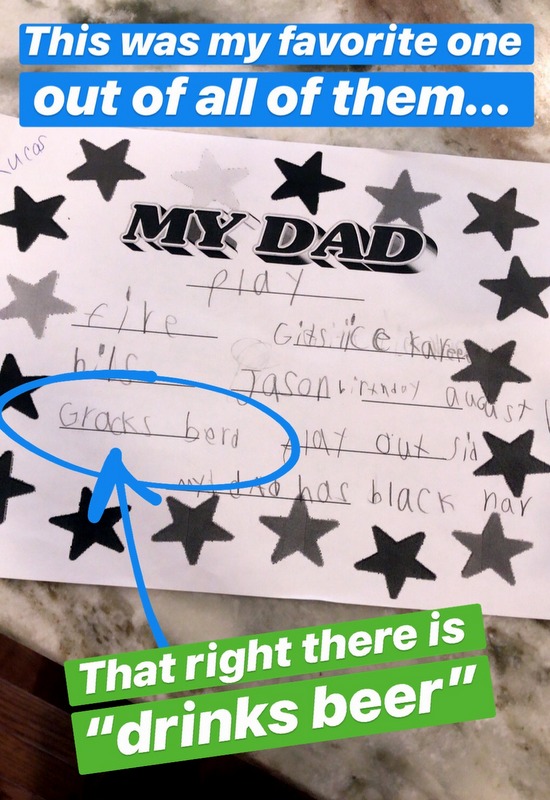 I had a bunch of blueberries that I knew would wind up going bad before we could eat them all, so I decided a little baking was in order. I skimmed through some of my cookbooks and came across a recipe for a Sour Cream Blueberry Coffee Cake, which turned out fantastic. 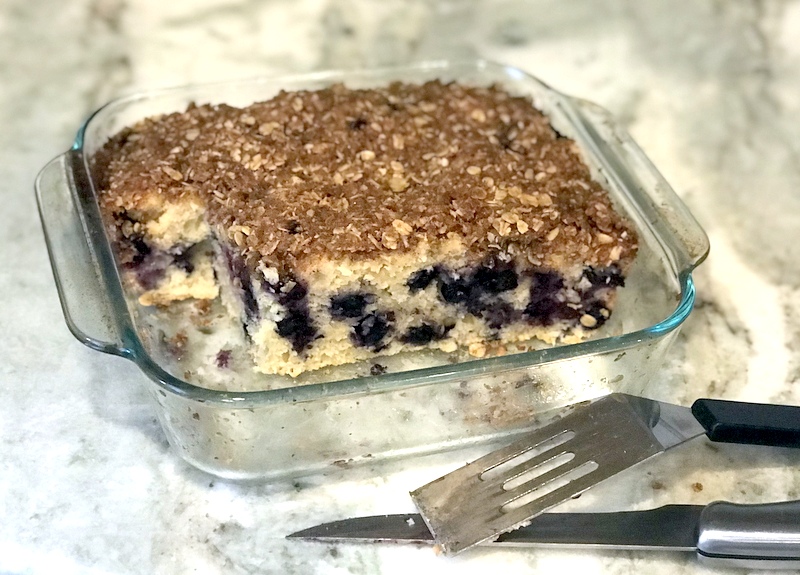 Part of the reason it was so good may or may not be because I doubled the crumb topping…just sayin’.

And one of the best parts of the day? My mother-in-law came over later in the afternoon and also brought/took care of our entire dinner! 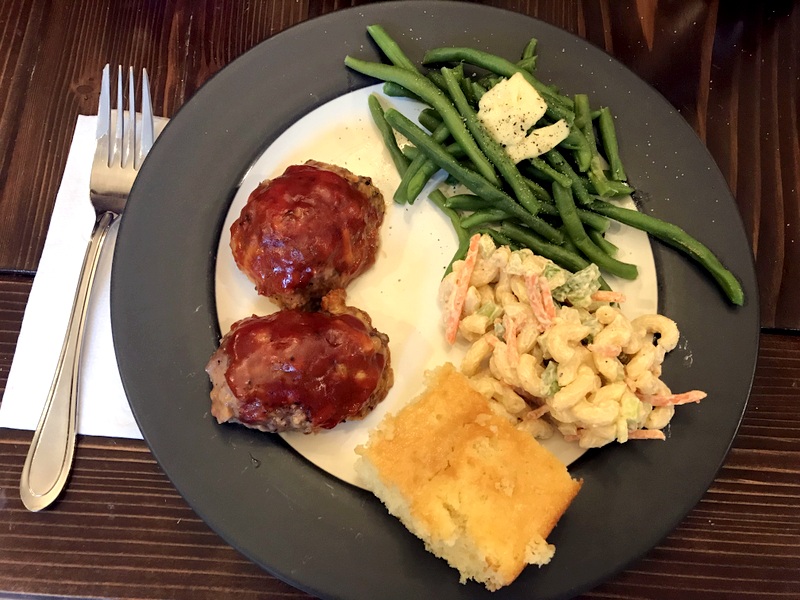 She made these delicious mini cheddar meatloaves (I’ve gotta get the recipe from her!), mac salad, cornbread, and green beans. So good!!

And as if we hadn’t already had enough goodies throughout the day,we also had this bad boy for dessert… 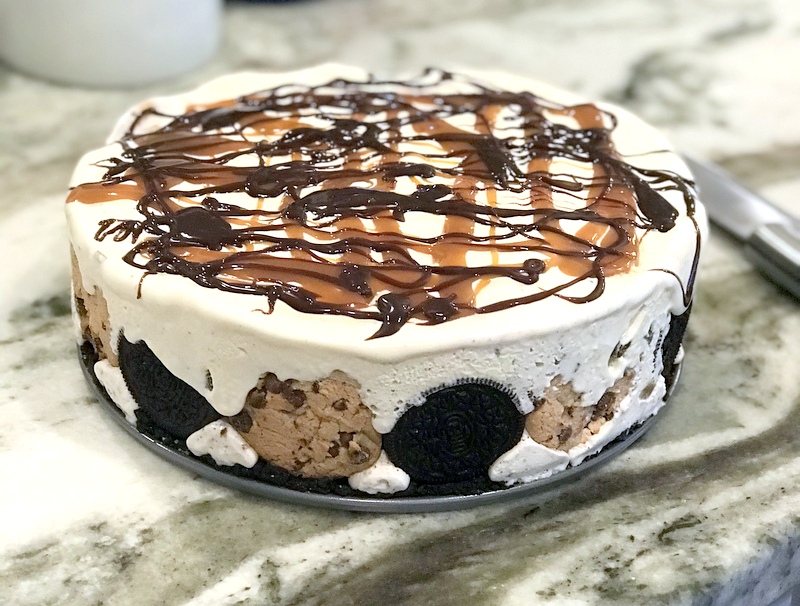 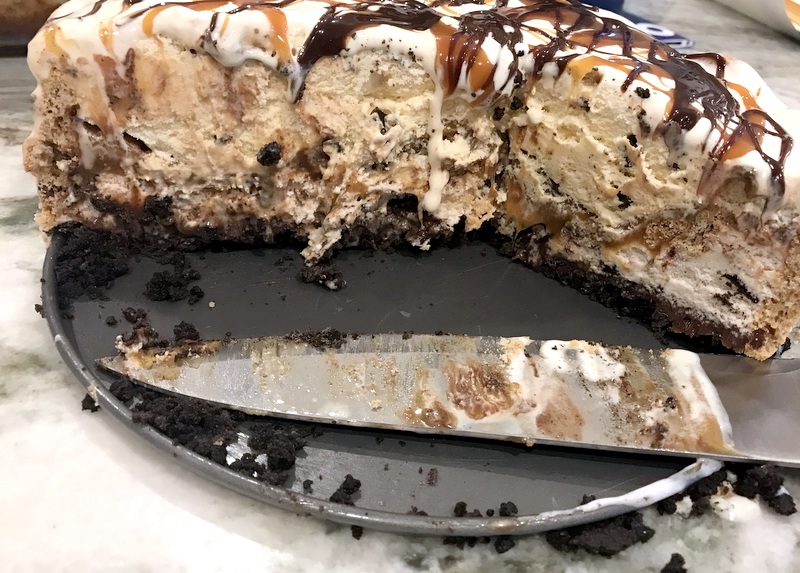 Jay joked with me later in the evening, thanking me for making the ice cream cake…but also knowing full well that I also partially made it for me. Busted!

But hey, I guess it’s a good thing we both have the same exact taste when it comes to our desserts and ice creams (minus the fact that he doesn’t like peanut butter in his desserts, which I think is bonkers). 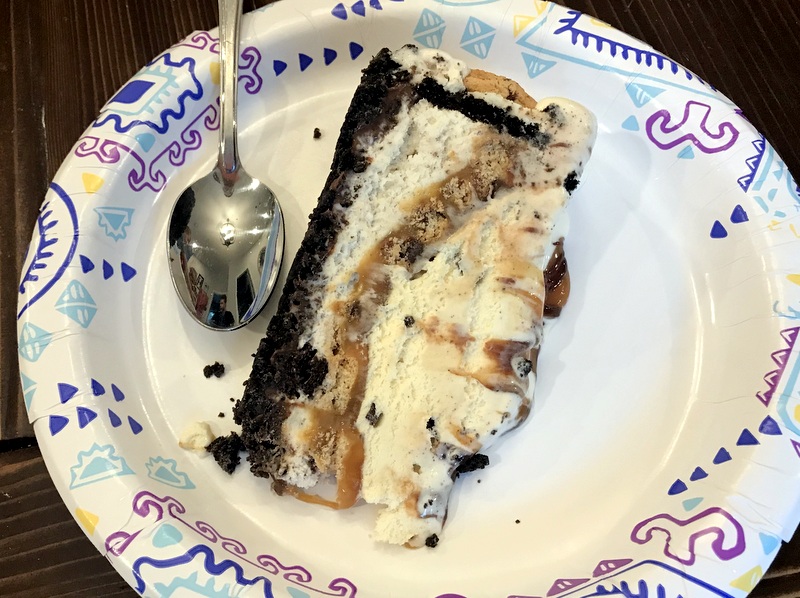 The other highlight to our weekend was Lucas’s baseball season officially coming to a close. 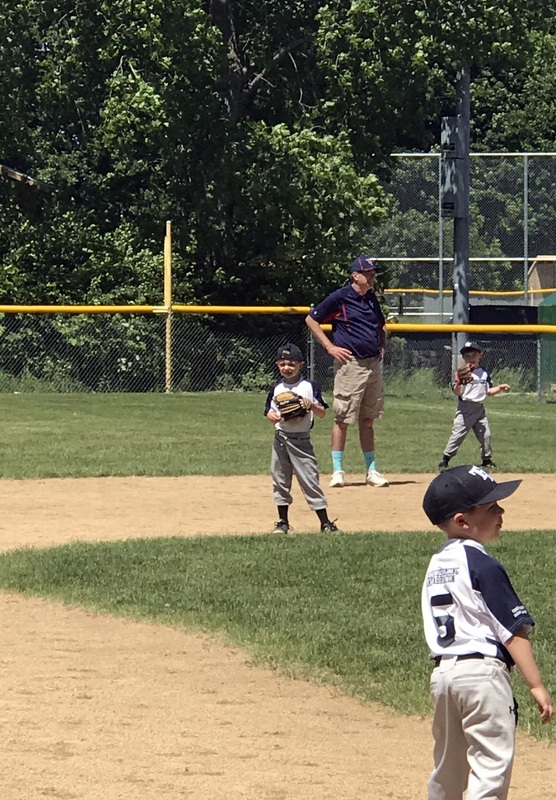 He really did SO well this year, and we were so proud of all of his hard work. We really weren’t sure how much he actually enjoyed playing after last year’s t-ball season, but it was clear this year that it’s something he really enjoys and wants to continue playing, which I’m thrilled about.

Alex wants to be able to play SO bad, but because of where his birthday falls, he’s going to have to wait one more season/two more years before he can get out on the field, too. 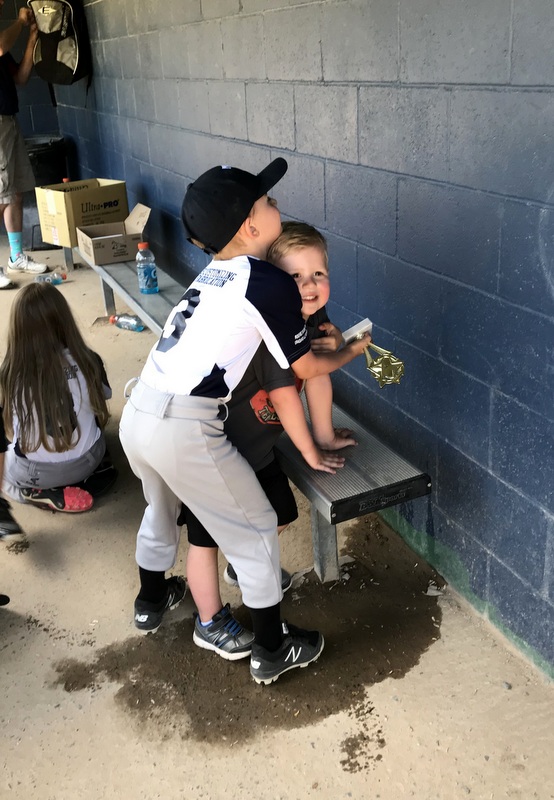 So for now, he’ll just get to keep enjoying the concession stand treats. 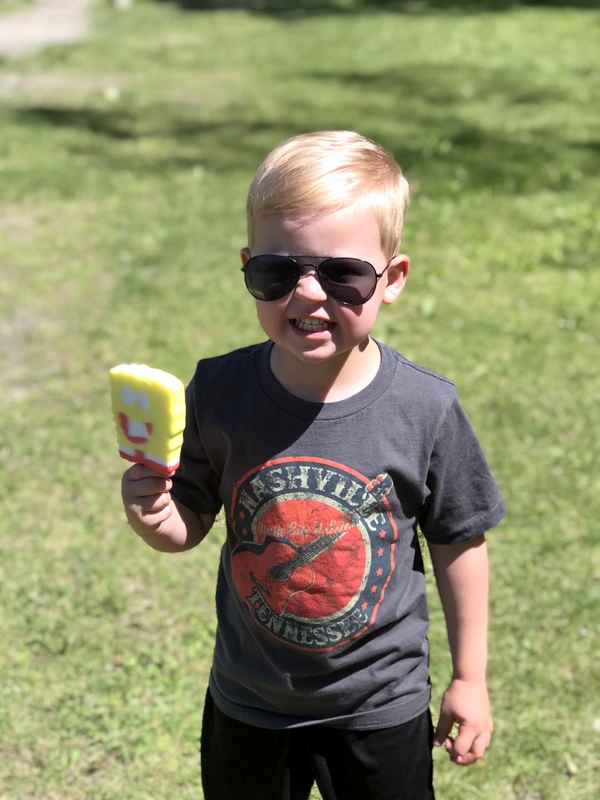 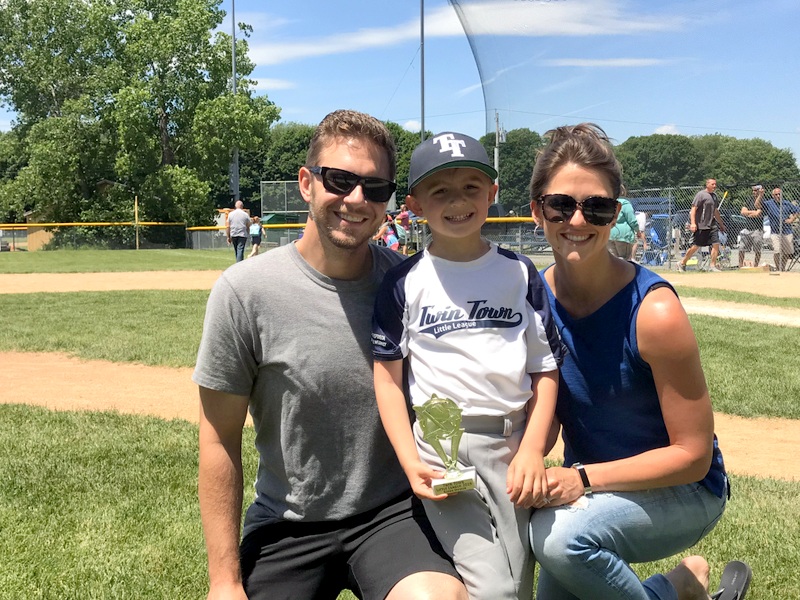 And that, my friends, is all I’ve got for ya for today. I’ll catch you guys later in the week! <3