1. We’ve been in our new office now since March, but it wasn’t until early this week that I realized we brought over our picnic tables to the new building, and there’s a full patio in the back. Go figure?! I had decided to go for a walk around the building when I stumbled upon the new space, so when we had nice weather a couple of days ago, my co-worker and I decided to head out with our laptops for the afternoon. 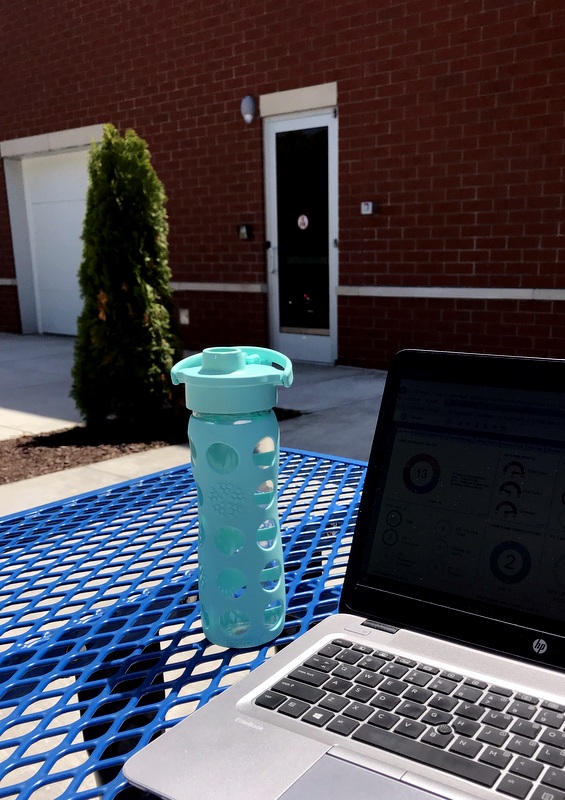 It was absolute perfection.

2. So this week has been super uncool, thanks to the fact that it appears my dear husband has picked up Lyme disease. I swear, if there’s one thing that frustrates me more than most, it’s the fact that I am constantly worrying about when my kids (and us!) are outside anywhere near the woods or even in the grass. I mean, that’s ridiculous, right?! I spent my childhood playing in the woods and there was never an issue with ticks. SO frustrating!!

I’m not sure if there’s a big concern about ticks where you live, but they are EVERYWHERE here, and it’s seriously the worst. We found one on Alex the other day, but thankfully, I *think* we found him early enough before he started to bite. Jay had found a couple ticks on him about 3ish weeks ago, so we’re assuming that’s where it came from (even though symptoms just started about 2 days ago). I’m hoping his antibiotics kick in soon, because the poor guy is just completely drained and suuuuper sore.

So here’s your friendly PSA for today…spot check yourself and/or your kiddos EVERY day and night for ticks!!

3. Remember when I mentioned those limited edition flavors of ice cream from Stewart’s a couple of weeks ago? When Jay was gone for a couple of days last week, I went and treated myself to a pint of Peanut Butter Cookie. 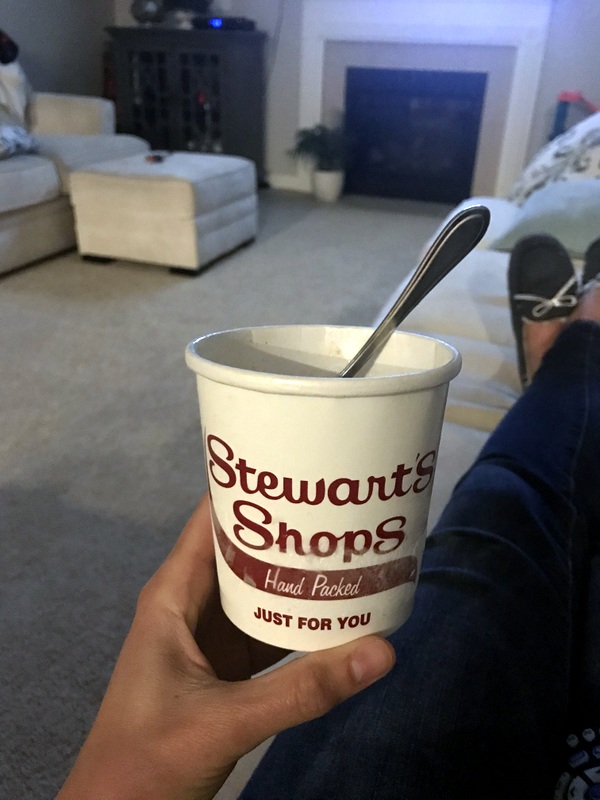 I polished it off after 2 days, and it took a whole lot of willpower to not finish the whole thing on the first night. It’s SO GOOD.

4. Lucas’s school kicked off a “no screens” week at the beginning of last week, so we wound up taking part the entire week (since, apparently, the class with the most participation earns a pizza party and Lucas is all for that). I thought for sure that it was going to be a daily struggle, but surprisingly, it went really well. I’m sure the pizza party incentive has something to do with that on Lucas’s end…

Admittedly, we do typically have a decent amount of screen usage in our house…our TV is on a lot, although some of that time is more for background noise than anything else (bad habit). The boys do usually get some time on their tablets after school if they aren’t outside right away, and Lucas adores his Nintendo Switch. Their screen time is always monitored and given a time limit, so it’s not like they’ve always got their faces plastered in front of a screen or anything like that, but I’m not against using them and I think they’ve got a time and a place. Of course, Jay and I are far from perfect and there are often times where we’ll pick up our phones out of habit, too, so we’ve been holding ourselves accountable to this, too (at least while the boys are awake, ha!). 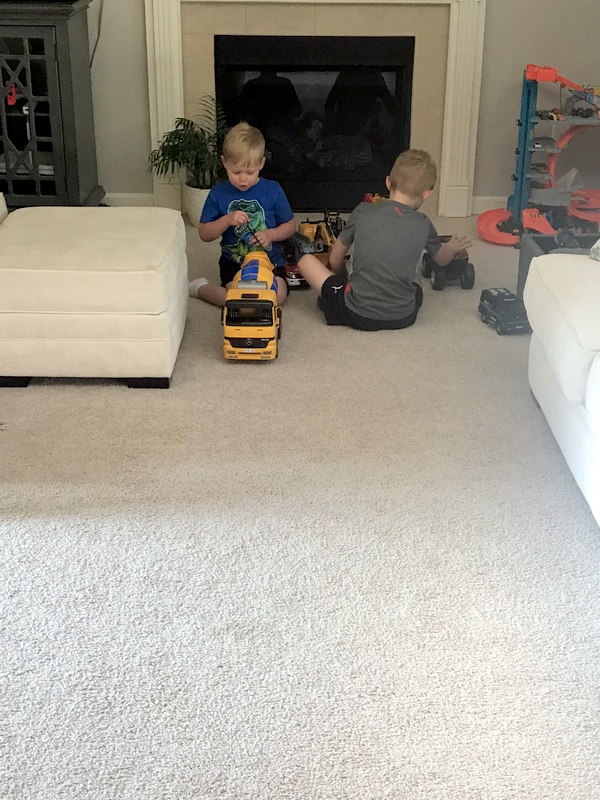 I will say though, that last week and this week have been really pleasant! The boys are actually playing with more of their toys (and together!), and it just hasn’t been the struggle I thought it’d be. Again, we’ll see how things pan out when Lucas knows there are no rewards at the end, but it’s definitely made me re-think our screen usage.

5. I brought back overnight oats with this warm weather! 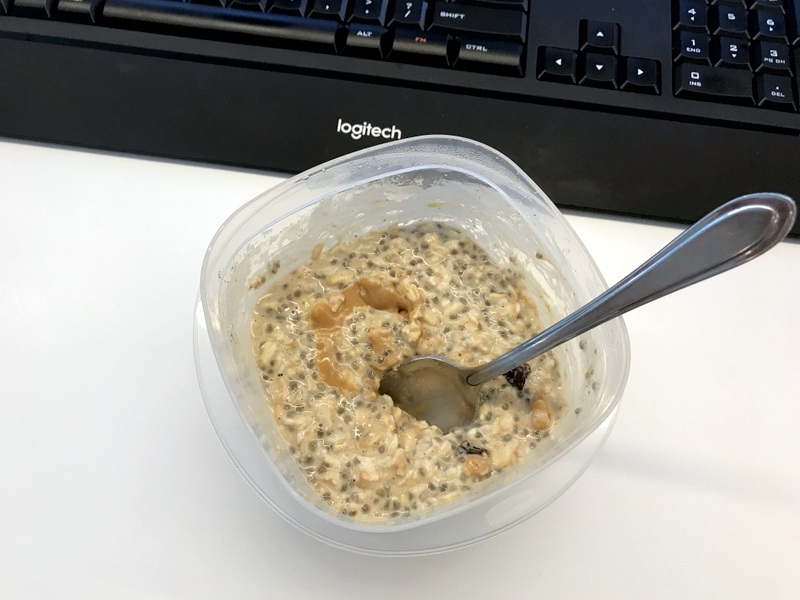 I prepped a few containers early in the week so they’d be ready to go, and it was a great way to mix up my breakfast routine a bit. For this batch, I pretty much followed this old recipe, minus the yogurt, and they were great. Not pretty, but sometimes that’s just how it goes. It had been SO long!

6. Here are a couple of good reads I’ve had saved in my open tabs on my phone lately: What I didn’t understand about being a working mom before I was one // I don’t want another baby, I want more time with the babies I already have (::grabs tissues::)

7. There have been some REALLY good workouts on the Weekly Moves Workouts from Madeline Moves this week! 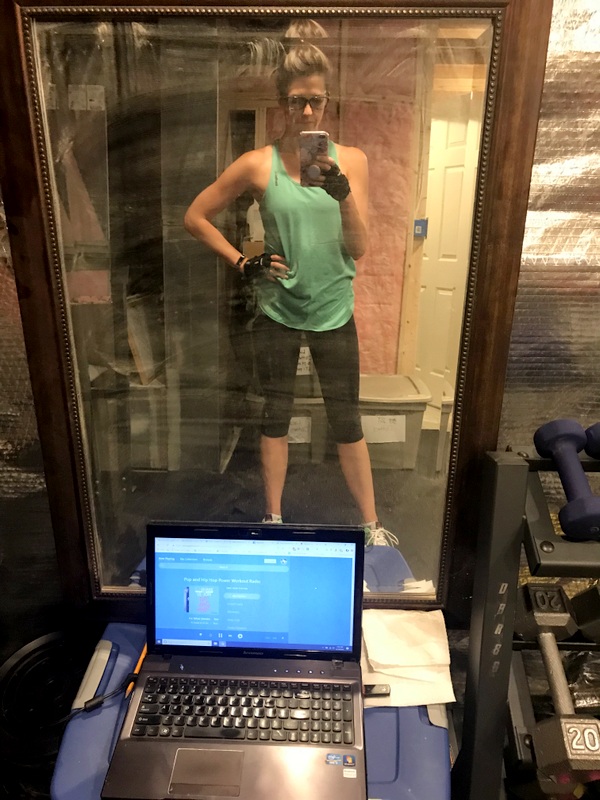 8. I’ve recently started adding some mixed nuts in with my cottage cheese + blueberries (thanks to our office kitchen having some individual packets of them lately – score!), and it has taken this snack to a whole new level. 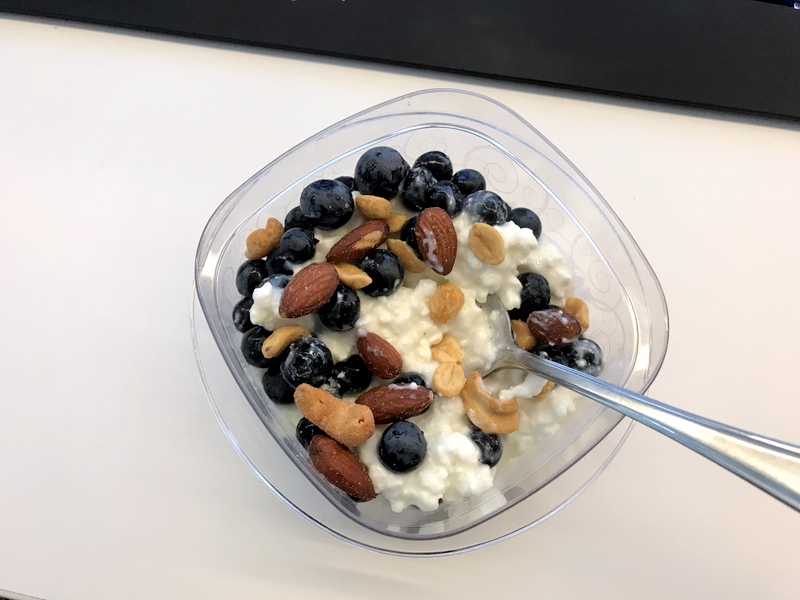 Seriously, you’ve gotta try it! That is, if you’re a cottage cheese person. I know it’s sort of a ‘love it or hate it’ thing…how ’bout you??

Alright guys, I’m off for today! I hope you all have a fabulous Friday and a wonderful weekend ahead, whatever you may be doing <3

« Birthday Pancakes, Cupcakes, and Ice Cream, Oh My!
So Many Treats + Father’s Day + Baseball Comes to an End! »