This morning, I was very quickly reminded of how long it’s been since I last went for a run on the treadmill. After a quick glance at my workout log, I realized that other than a couple quick sessions of HIIT during the challenge, I actually hadn’t completed any sort of run since September 20th. Ohh boy. A month is a long time…

Unsure of how things would go, I laced up my sneakers and prepared for my Pyramid Treadmill Run. Even though I finished, well, let’s just say that I basically got my butt handed to me. Yowsahs, that was one tough run. Looks like it’s time to start working that running endurance back up again.

Post run, I came upstairs to get my stretch on and was not at all surprised to notice a visitor shortly after. I’m telling ya…he’s got a special radar. 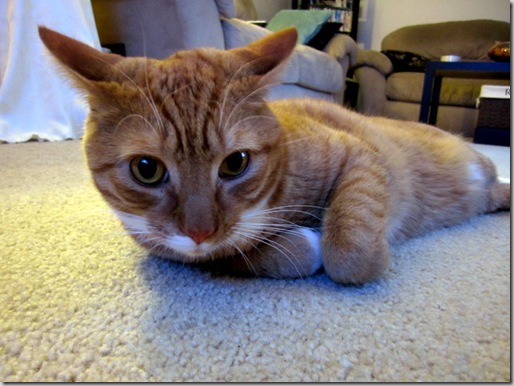 Code-man also made sure to stretch out the limbs this morning. 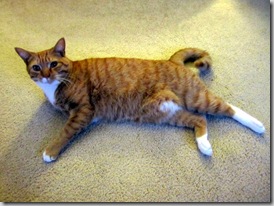 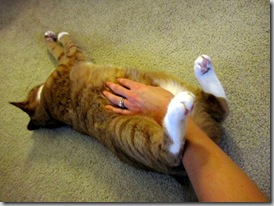 He may not be a typical workout buddy, but I’ll let him join me any day. 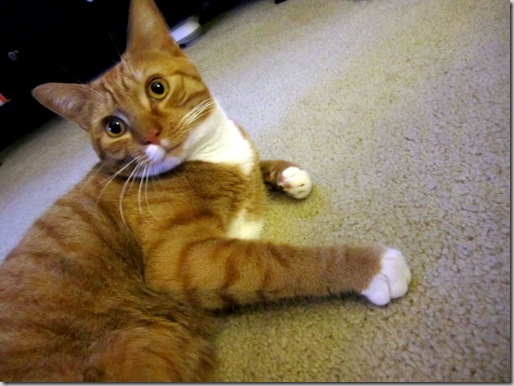 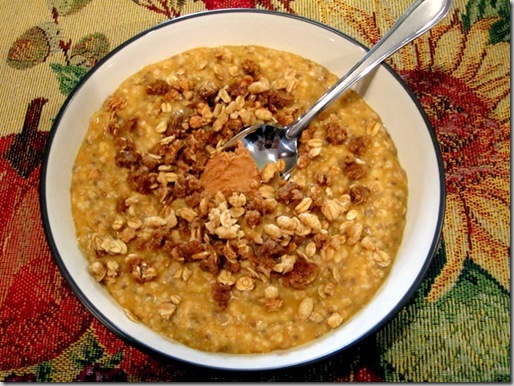 Voluminous Pumpkin Oats seriously rock my world. Basically, if I could get my act together, I would probably never make oats (or buckwheat) any other way. I mean, there’s basically double the amount here compared to yesterday’s buckwheat bowl. However, remembering to prep them the night before sometimes becomes an issue…because I’m either too lazy or I don’t know yet if I’ll want oats in the morning.

Toppings for today’s oats included half of a crumbled Honey Graham Clif Z Bar (I ate the other half before my run), some granola, and a tiny scoop of cinnamon raisin PB. 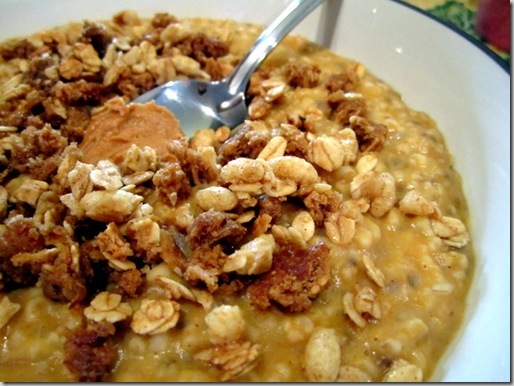 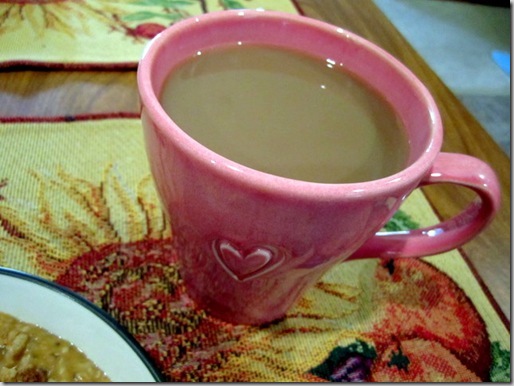 A fantastic way to start off a Tuesday, if ya ask me. 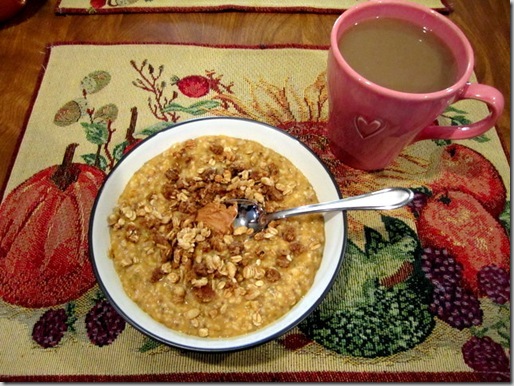 Originally, I was planning on sharing a quick, tasty little recipe with you all this afternoon, but my baking experiment yesterday turned out a little, ummm, unattractive. They’re still quite tasty though, and there is chocolate involved…should I still share?

What was the last form of exercise you took a hiatus from? How difficult was it to get your stamina back?