Well I must say…somebody knows how to cheer on his daddy at his softball game!

Last night, Lucas and I headed down to the softball fields to watch his dad, Uncle Dan, and grandpa play…although I think out of the two of us, I was really the only one watching.

I couldn’t help myself and decked him all out in some baseball gear for our outing, including these legwarmers that I got him a few months back. You can’t see it, but he was also wearing his baseball onesie, too. Mama wasn’t messin’ around last night! Unfortunately, the team lost, but we all still got to hang out for a while in the fresh air so it was nice.

This morning, we were up ‘n’ at ‘em nice and early. We’re still working on putting together somewhat of a schedule (I’ve been somewhat lax up until this point, but definitely have intentions of putting him on a schedule), so Lucas’s wakeup times can vary quite a bit. Today began with a 5:45am wakeup feeding, and then we hung out for about a half hour before I put him back down again to nap. 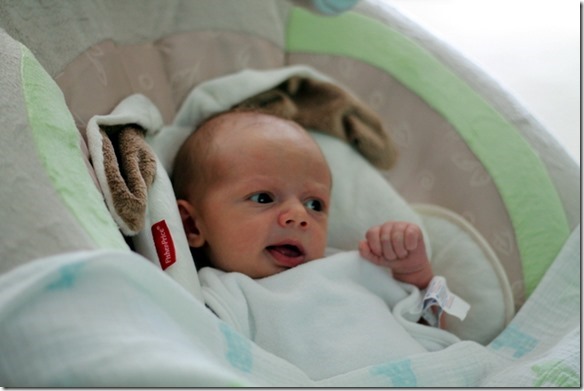 At first, he wasn’t all that crazy about his bouncer chair, but now he loves it. And honestly, if I put the Disney Junior channel on the tv, he will somehow sit and stare in that direction for at least a good 5-10 minutes. I find that super interesting, considering they can’t really see more than 12 inches away from their face (or so I read?) but he stays so content! Perhaps the sounds and bright colors are catching his attention?

Once he went down for his nap, I quickly pumped (so far it’s going okay – trying to stock up a bit now for when I go back to work mid-late October – but I still feel like I have a million questions about it all), ate some breakfast, and am now typing up this post. 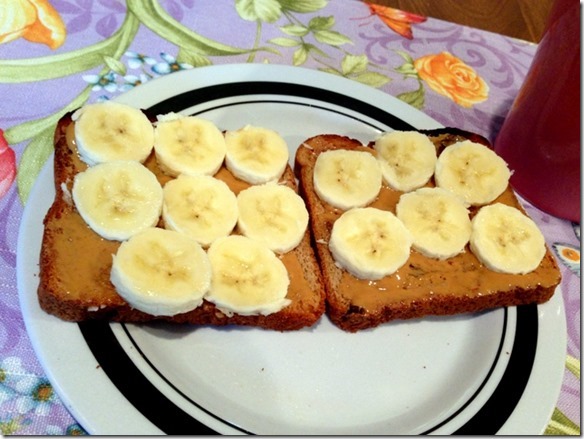 Today’s breakfast of choice was two slices of whole wheat cinnamon raisin toast with peanut butter (surprise, surprise) and banana slices. But even more of an actual surprise is the fact that my morning coffee today was actually of the hot variety… 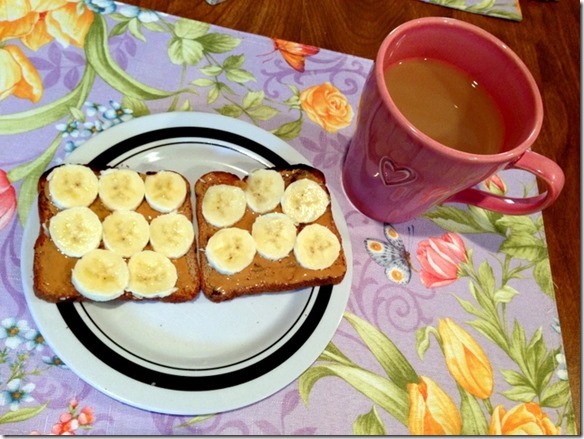 Considering I couldn’t handle hot coffee for pretty much my entire pregnancy, I wasn’t sure when the craving for it would strike again. But I had some yesterday and today, and it tasted gooooood.

Alright my friends…time to go take care of a few things before the little man wakes up. I’ll catch ya later!