Embrace the flavors of fall with these simple but delicious apple cider cupcakes. By making just a few simple additions, nobody will guess it’s from a box! 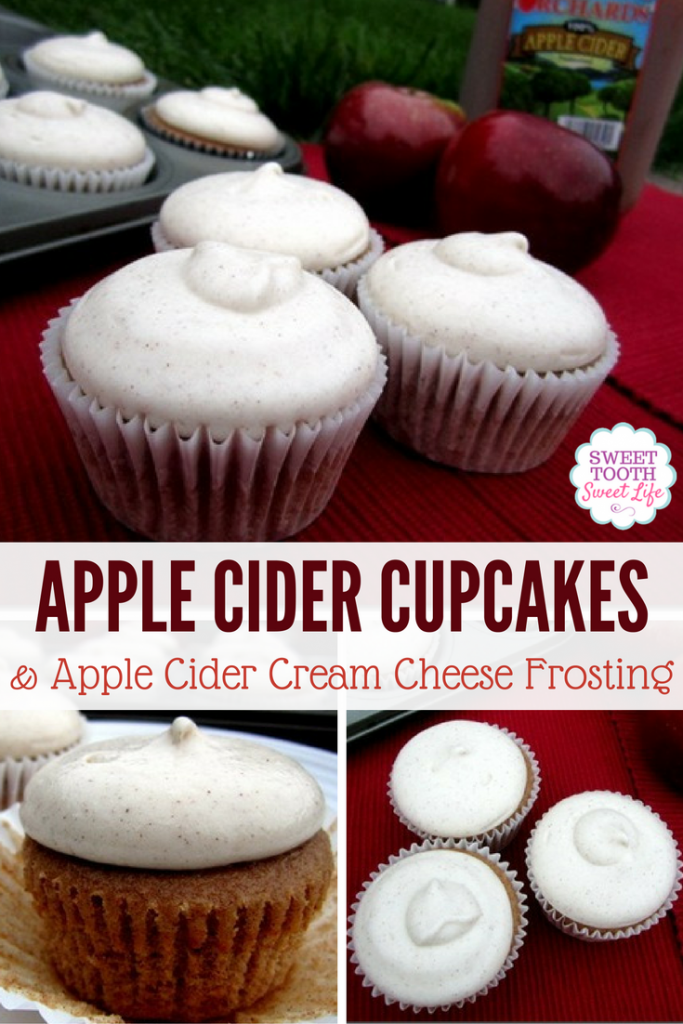 Alright. It’s time to switch things up a bit around here.

It’s no secret that one of my favorite parts about fall is the abundance of pumpkin. It gives me the perfect excuse to just go nuts with pumpkin everything…

But what I often forget is that my beloved fall season is not only known for pumpkin…it’s known for apples. 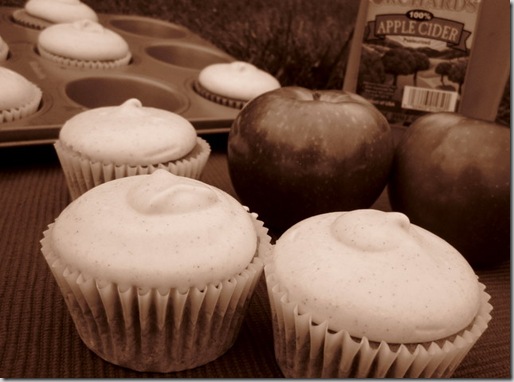 Goodies like apple pie, apple crisp, apple bread, and warm apple cider are all delicious fall favorites of mine. So when I went to make my next batch of cupcakes, I decided to embrace the apples… 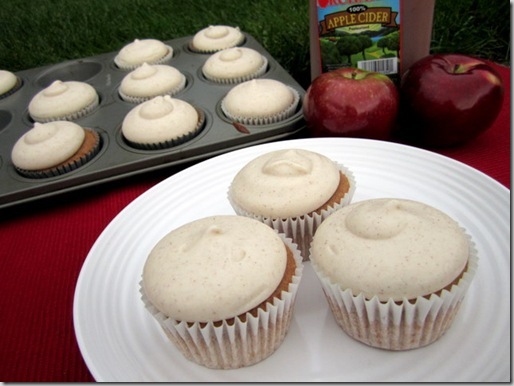 One of the perks of these cupcakes, besides the fact that they’re just delicious, is that they are super easy to make, thanks to the use of a box mix as the base. Don’t get me wrong, homemade cupcakes are great; but sometimes, a little doctoring up of a mix does the trick just as well. 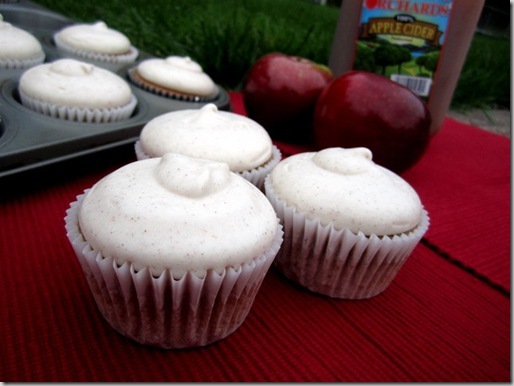 The frosting that accompanies these apple cider cupcakes also embraces the seasonal flavors of fall, thanks to the addition of apple cider and cinnamon into a cream cheese frosting base. (This frosting is slightly thinner than most, so you may want to let it sit in the fridge for a few minutes to set before frosting. Don’t add more sugar – it will get too sweet!). 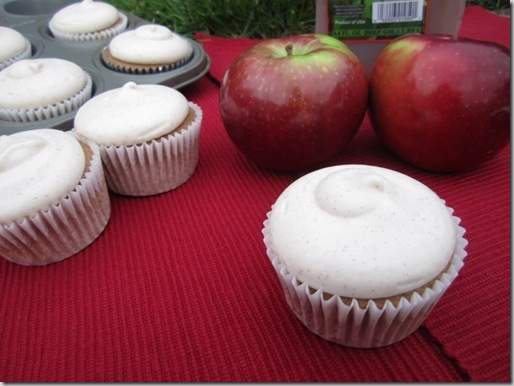 To frost these cupcakes, I used a pastry bag fitted with a large round tip. I then placed the tip at the center of the cupcake and continued to squeeze the bag, without moving it, until the frosting spread out to the edges of the cupcake. Easy peasy! 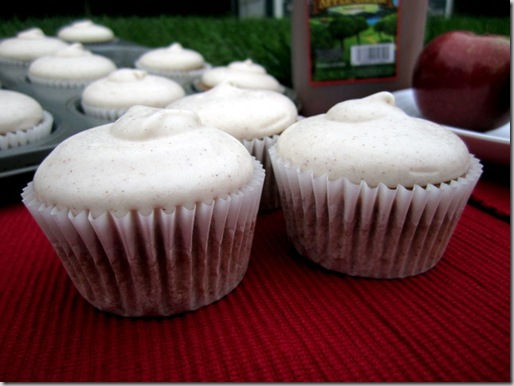 As usual, these cupcakes got sent to work with Jay, and thankfully received the seal of approval from the co-workers. Apparently, however, I could have “put more effort into making them look more festive,” so my little photo setup here is my attempt at making them more festive. 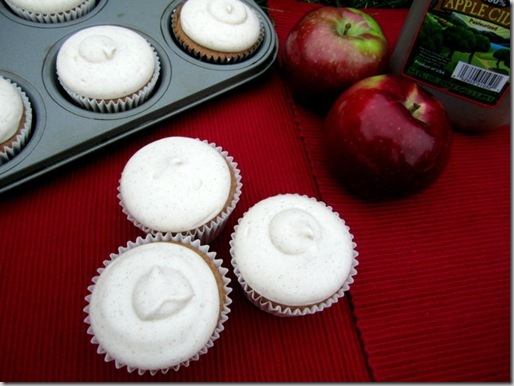 Hey, sometimes, a simple look is the way to go. Then, you just let the cupcakes themselves do the talking. 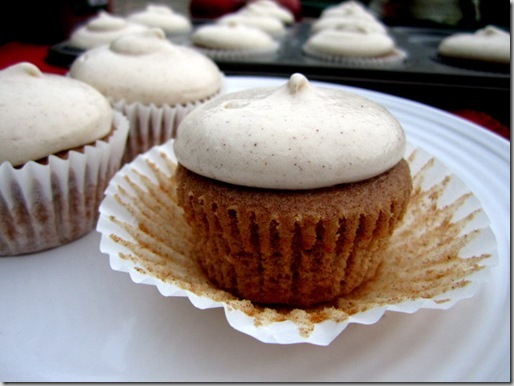 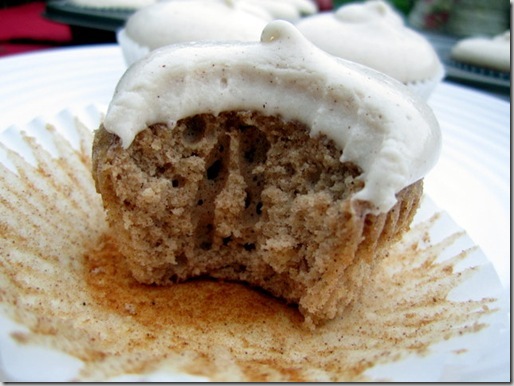 Embrace the flavors of fall with this simple but delicious apple cider cupcake recipe. By making just a few simple additions, nobody will guess it’s from a box!

Save Recipe
Print Recipe
My Recipes My Lists My Calendar

For the Cupcakes
For the frosting 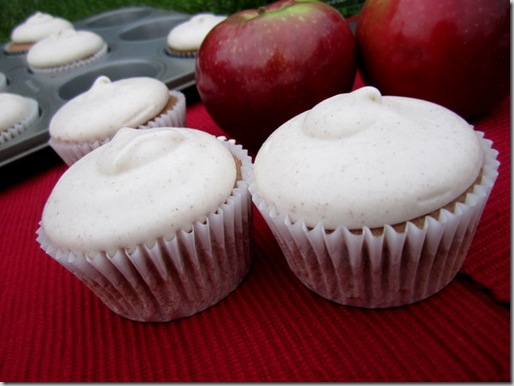 Boy, I sure do love fall.