Good morning! How about a lovely fall breakfast scene to start off your Friday? 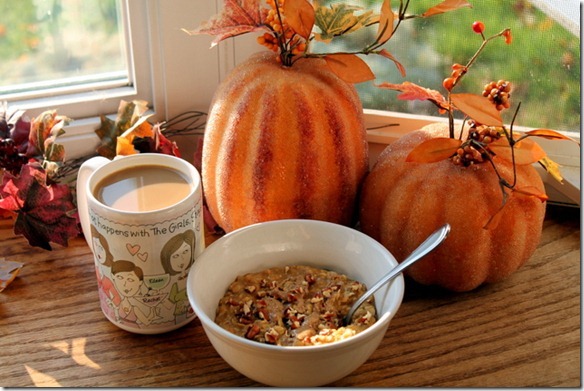 For some reason, I haven’t really been into the oatmeal as much as I used to be lately. As always, I go through phases with my breakfasts, but up until today it just didn’t really appeal to me.

Up until today being the key words…I think I’m now officially back on the oatmeal train. 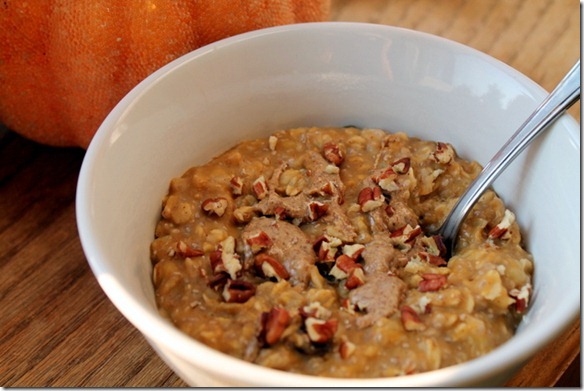 I whipped up a super simple batch of pumpkin oatmeal this morning and it turned out fantastic. Here’s what we’ve got…

I topped my bowl off with a bit of almond butter and some crushed pecans, and enjoyed it along with my mug ‘o coffee. 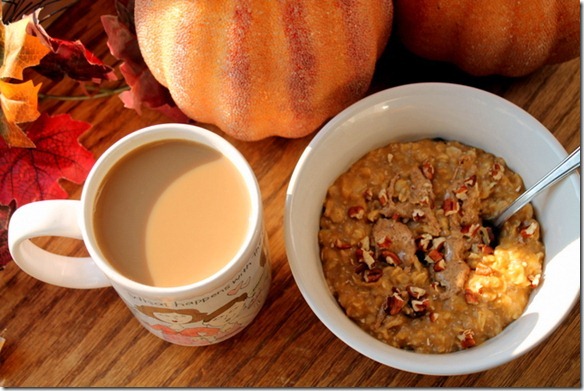 Right before eating breakfast, I made another attempt at my “trying to become new morning routine” of drinking some apple cider vinegar.

This month (and for the remainder of 2012) I’m super excited to be working with GNC on their Fall/Winter campaign through FitFluential. As part of my involvement with the campaign, I’ve been given a number of their products to try out and review for the month. I’m still in the midst of trying out the others (so far, so good!) and will be reporting back on those shortly, but I just had to go ahead and mention the apple cider vinegar (ACV) today.

I really want to try making ACV a part of my morning routine. I’ve read numerous times about its many benefits, and I want in on the action. (Brittany actually wrote a really great post about the benefits of ACV, so if you’re interested, be sure to check it out.)

So GNC sent me a bottle of their Certified Organic Apple Cider Vinegar. 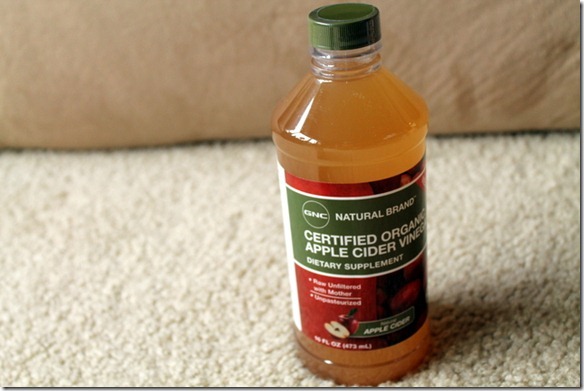 It is raw, organic, unpasteurized, and also has the ‘mother’ of the vinegar, which is made up of strand-like enzymes of connected protein molecules with living nutrients and bacteria. 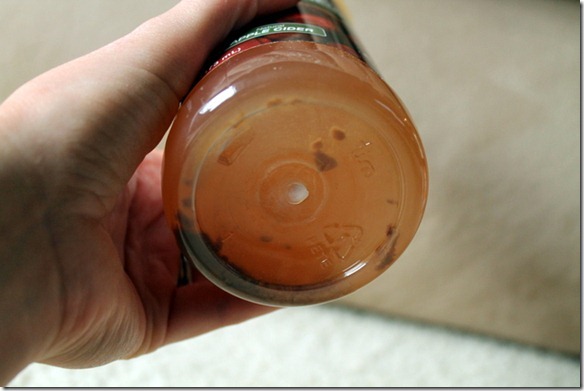 If you’re thinking about using ACV, this is what you should look for (and the GNC price is great, too) – not the typical clear vinegar you can find in the grocery store, since it won’t have the same benefits.

So I’m ready…I want to give this bad boy a shot. I know it’s a great product. However, my gag reflex is just not in agreement with me yet.

I don’t know what it is, but I am having a really hard time figuring out a way of enjoying it. I can remember trying this years ago, at the recommendation of my doctor, when I was having some digestive issues, and I had the same reaction. I put out a call on Instagram last week and got some ideas; I tried it as a shot with some other ingredients mixed in, but that didn’t go too well. I also tried it mixed into my Fitmixer aminos, and that was pretty decent. But I still need more ideas…so if anyone has some, feel free to send ‘em my way, please!

Have you ever tried taking ACV as a supplement?

Are there any certain foods/drinks that you have a hard time stomaching?

« A People Person
The Horror! »