Oh my gosh…I seriously had no idea that so many people use ACV…and totally love it?! I’m so excited to try out some of your different ideas for using it in beverages, and I promise that I’ll be sure to share what I like and what I don’t. I think one of the first ones I’m going to attempt is Brittany’s idea, which she tells me tastes like liquid apple pie…

As far as food goes today, there hasn’t been much exciting happening over here. Around 12:30 this afternoon, I broke for a small lunch, which included another snack plate. I’ll tell ya, I can’t get enough of these things the past couple days.

Today’s plate included the rest of my deli turkey with a slice of provolone and mustard rolled up, celery + peanut butter, and a white nectarine. Lots of variety and good stuff happening there.

Immediately after lunch I also ended up eating two oatmeal raisin chocolate chunk cookies. I made a batch of these yesterday to share with a couple of our friends who came over to help Jay do some heavy lifting and clean up the back yard. Good help deserves good food as a thank you in my book.

Later this afternoon, I had to make a quick run to Target…thanks to some sinus and allergy action happening between Jay and I this week (is anyone going crazy with allergy stuff?!?), we ran out of tissues…the horror!

(Fun Fact: I use a LOT of tissues)

So I went to snag some of those, some gum (also out – the horror!) and some apple juice to attempt that whole liquid apple pie thing mentioned above. Would you believe that I actually made it out of Target with the ONLY three things on my list AND spent less than $10.00?!? 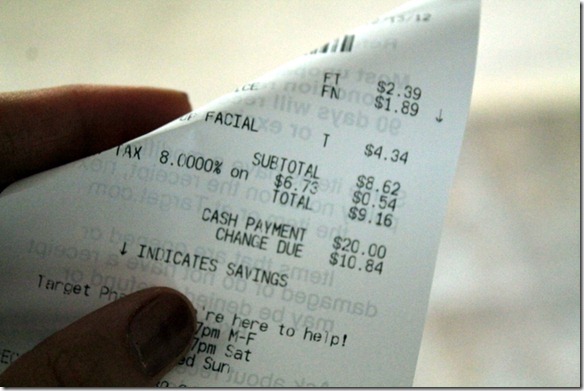 I swear, that deserves a reward or something, right?

While I was out and about I also ended up eating this Blueberry Swirl Odwalla bar that I had stashed in the car (yes, I stash food in my car and purse for emergencies). I’d actually tried one of these before (it was in my swag bag from HLS) and it’s really good. 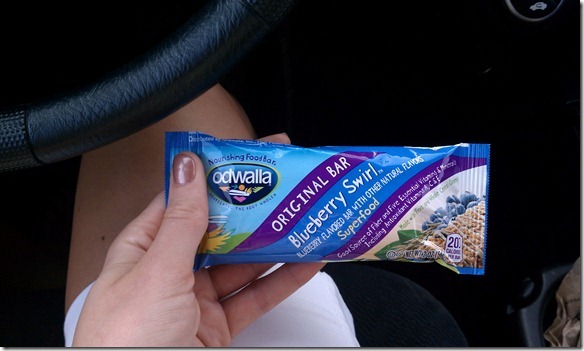 Once I got home, I was greeted with a nice little surprise waiting on my doorstep… 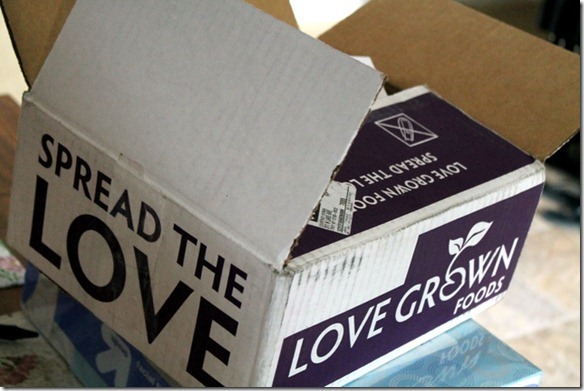 A VERY generous Love Drop from my friends at Love Grown Foods. I’ll tell ya…that team over there is quite the crew. I love everything about them, their granola, and their approach to business. 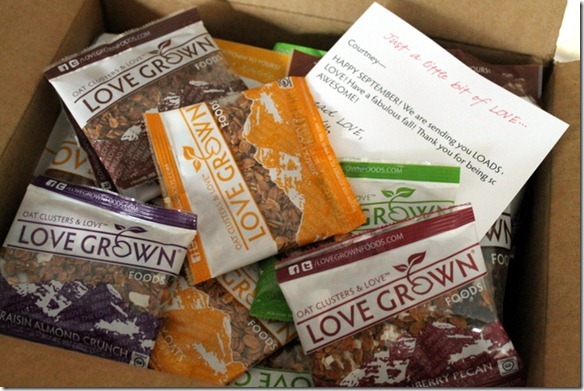 Later this evening, Jay and I have plans to meet up with some friends for drinks and dinner, but other than that, who knows? Either way, I’m looking forward to the weekend!

What are you most looking forward to this weekend??

« Apple Cider Vinegar…How Should I Do This?
Throw My Brother Into The Mix »