After an extra fun, long holiday weekend, I suppose this is sort of the (un)official end of summer, huh? Ugh, that makes my heart hurt…it was SUCH a good one! But here we are, back to the grind today, with lots of fun memories from the past few days.

We kicked off the holiday weekend with a little trip out to Kay’s Pizza for dinner on Friday night. 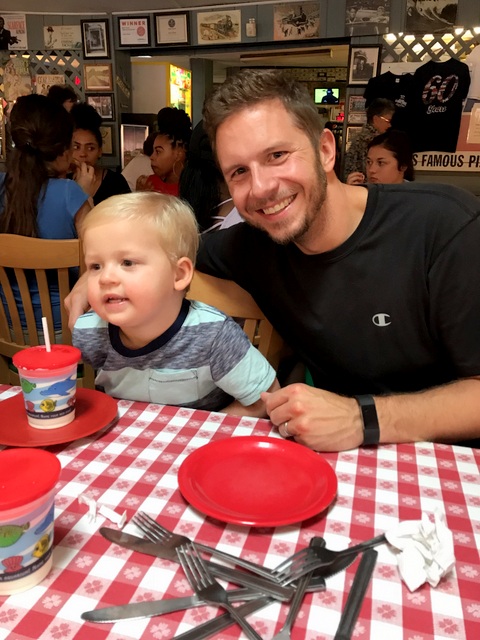 For anyone who’s local, then you likely know just how popular Kay’s is (they’ll close for the season again in mid-October). Jay and I actually hadn’t been in over 10 years (CRAZY!) so we thought it would be fun to take the boys.

Despite getting there right at 5, there was already a wait, so the boys enjoyed watching all of the ducks swim along the lake. 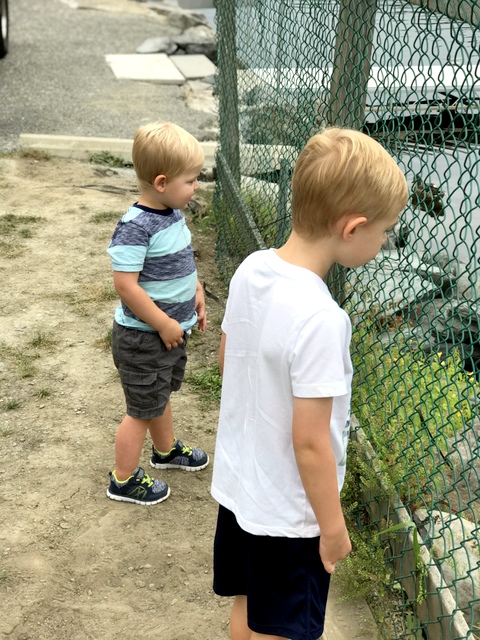 And, believe it or not, I never even got a picture of our pizza. That’s likely because I was trying to keep Alex from running away and keeping his shoes on his feet, and have the boys eat at least a few bites of pizza…you know, all that fun stuff. ; )

On our way back from dinner, we made an unexpected stop at a little place we’d never really heard of, Hoffay’s Harvest House. 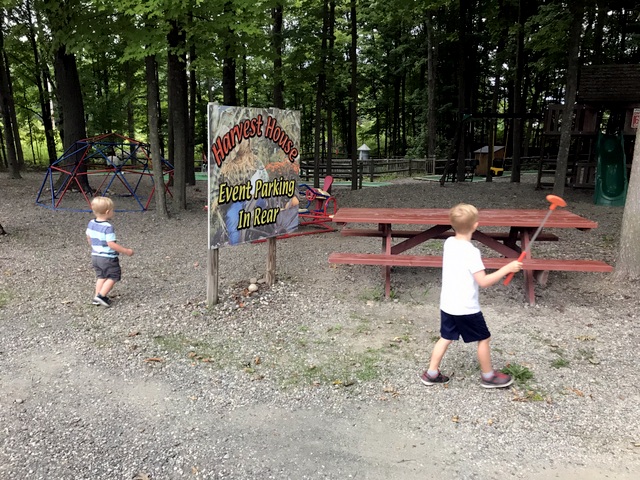 It was cute! They had a little, 9-hole mini golf course, a swingset, sandbox, and a couple of rides to play on. 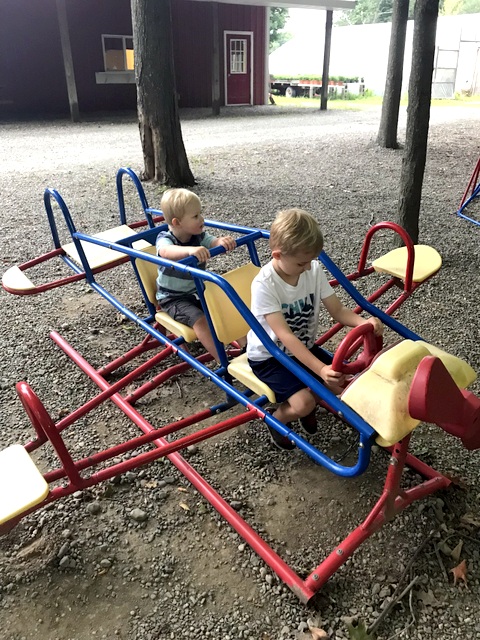 So we let the boys run around for a bit and have some fun before ending the night with some ice cream inside their store. 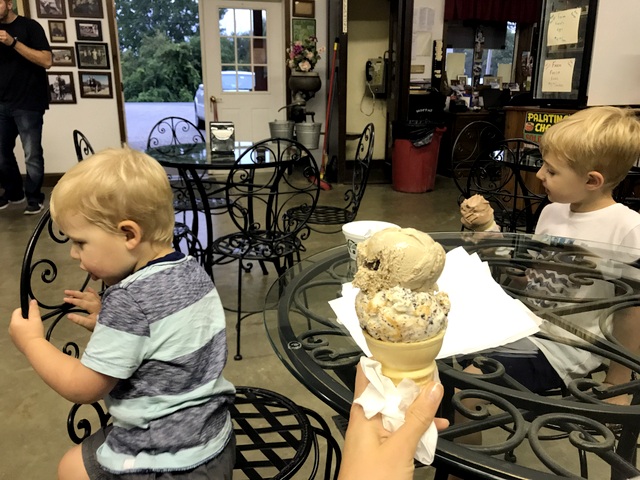 Great way to end the night, if you ask me!

Saturday was awesome. We spent the majority of the morning getting ready for our neighborhood party, and the rest of the afternoon and evening was spent partying and enjoying time with some of the best. neighbors. ever. 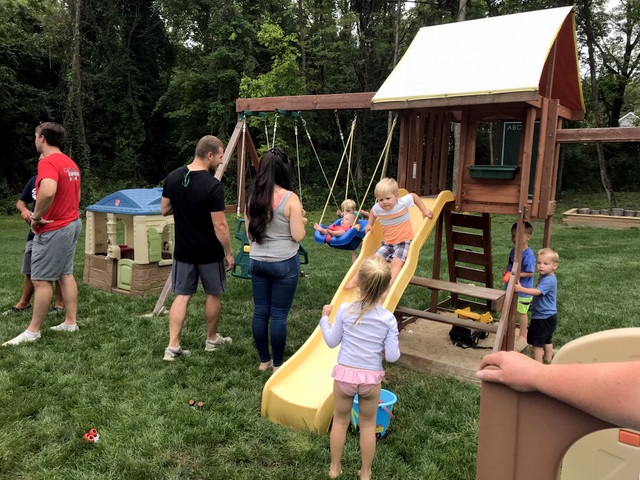 It was a beautiful day, so all of the kids had a blast playing with water balloons and running in and out of the pool. 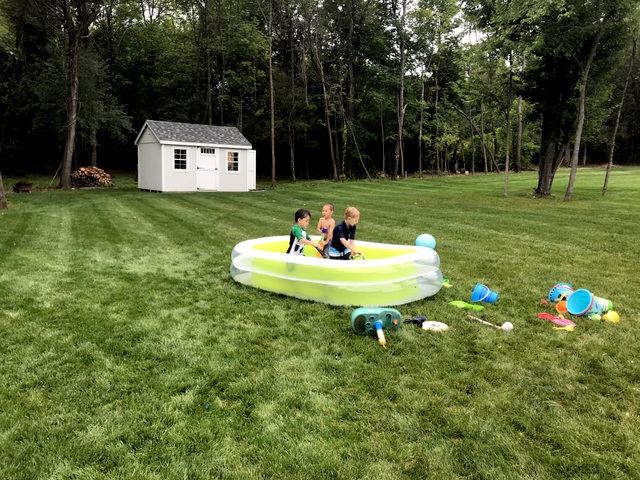 While the adults all watched from the side and enjoyed some yummy snacks and drinks. 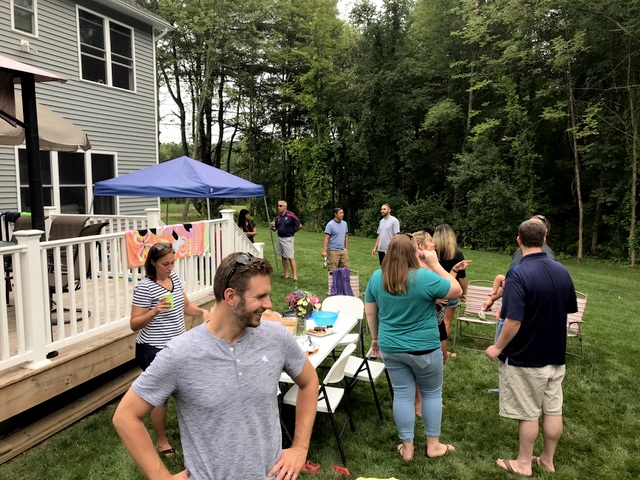 I was having so much fun that I barely got any pictures at all (I’m lucky I have any of these!), but we had some great food, and some even better desserts…homemade chocolate cake, vanilla frosted cookies, chocolate chip cookies, adorable watermelon rice crispy treats…so. much. yum. 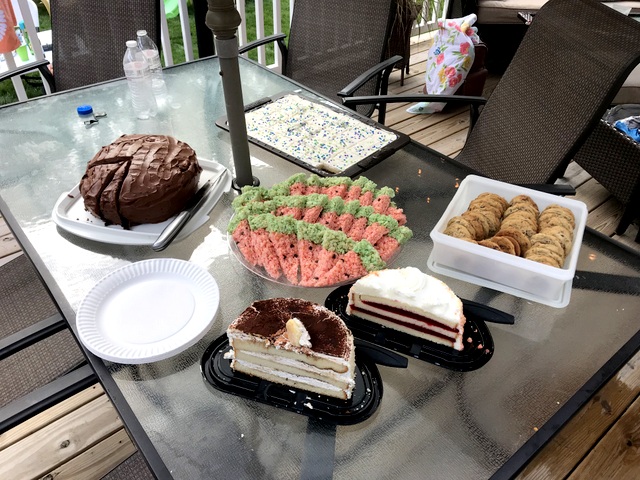 We seriously hit the jackpot with this crew, and it just keeps getting bigger! 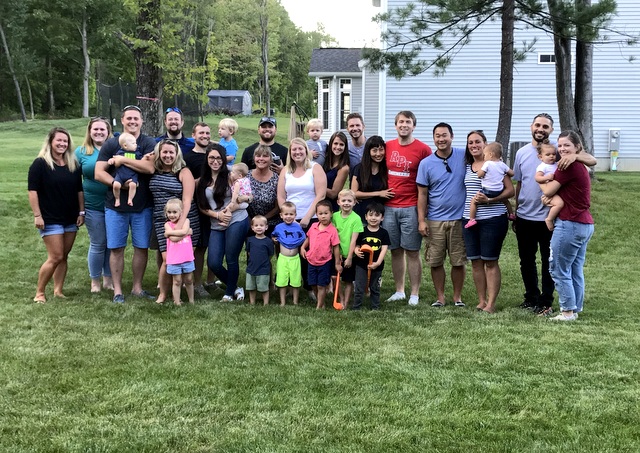 Once the kiddos were all in bed, most of the adults congregated back out into the street (with monitors for those with kiddos) to keep the festivities going. That lasted a little past midnight, and made for a bit of a slow start on Sunday morning. I won’t blame the sangria at all for that…

But I did wake up to a text from my neighbor, Tal, asking if I was down for some Starbucks and pedicures, so I was all over that one! 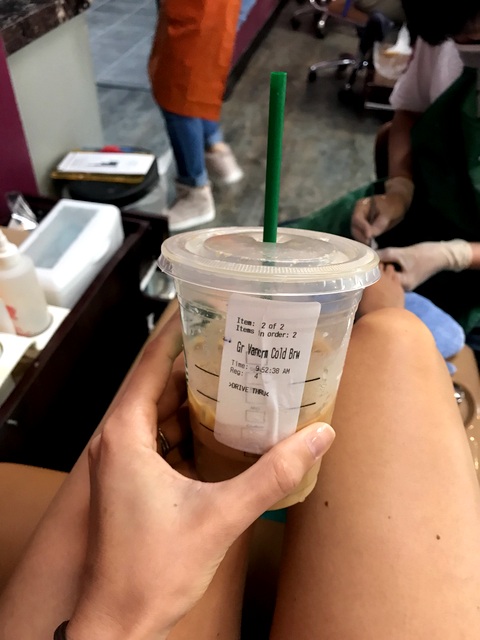 And then later that afternoon, we made our way up to Saratoga for a little family party on the lake. 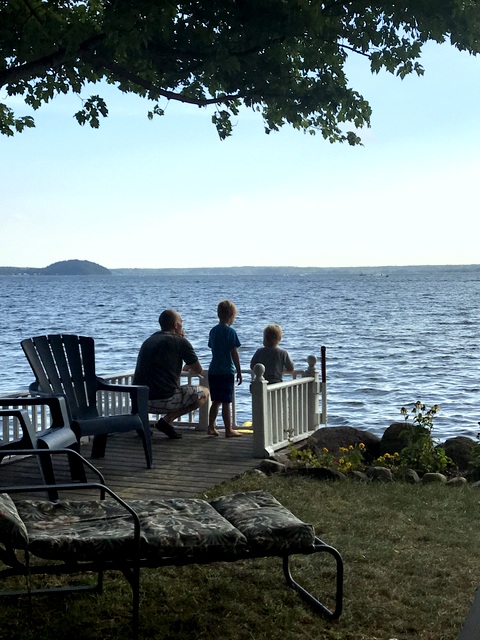 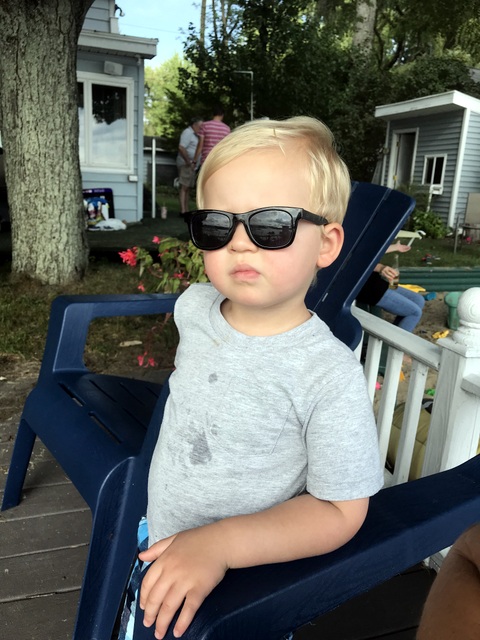 Numerous chips were consumed on Saturday, by all parties seen here. 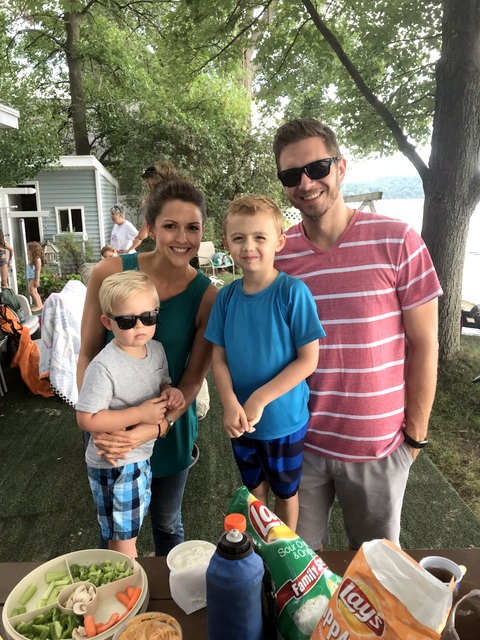 And we finished the day off with a nice boat ride around the lake. 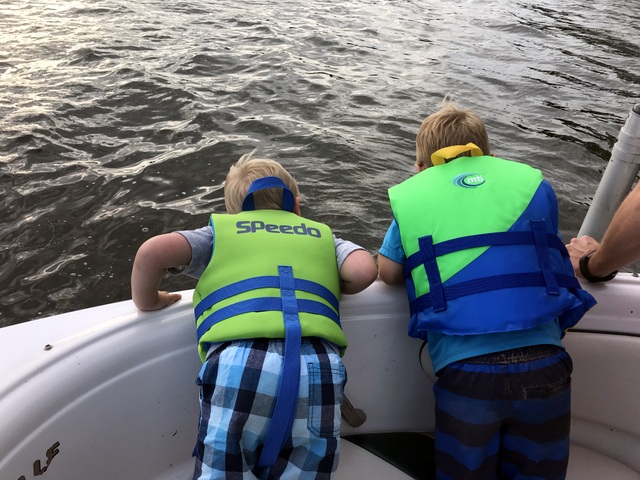 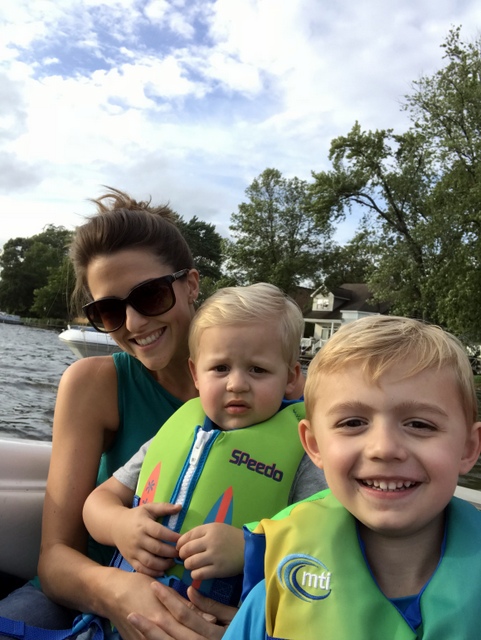 Monday included haircuts for the boys, and then cut and color for me! 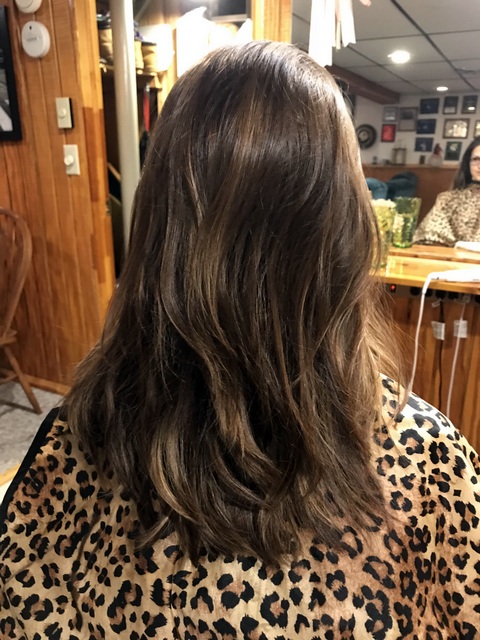 The during…gotta love that foil look. 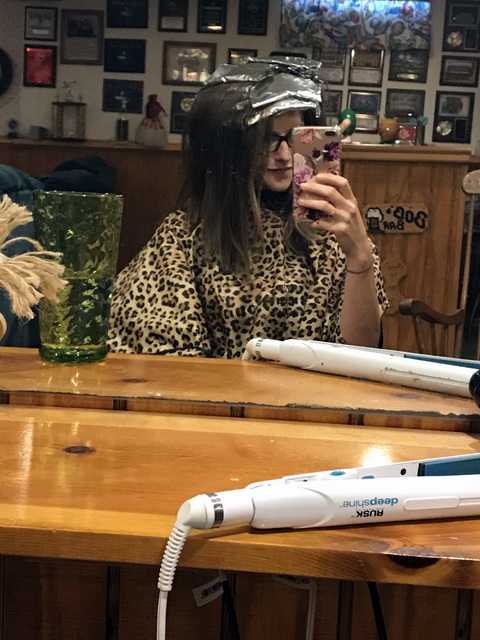 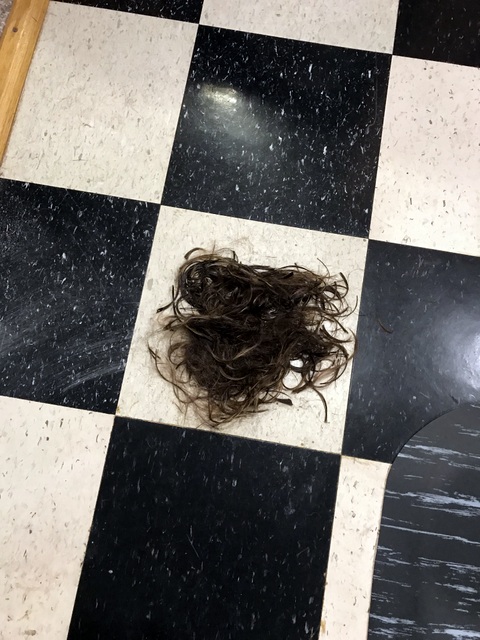 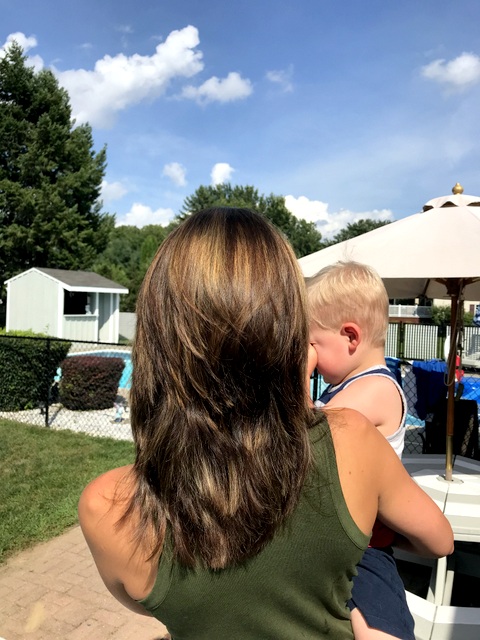 Since we wanted to get some pool time in, I didn’t really even dry it all the way, let alone style it at all, so I’m excited to play around with it a bit more. I did try curling it a bit last night with a large barrel curling iron, but I had no product in it, so I’ll keep trying out some new stuff! 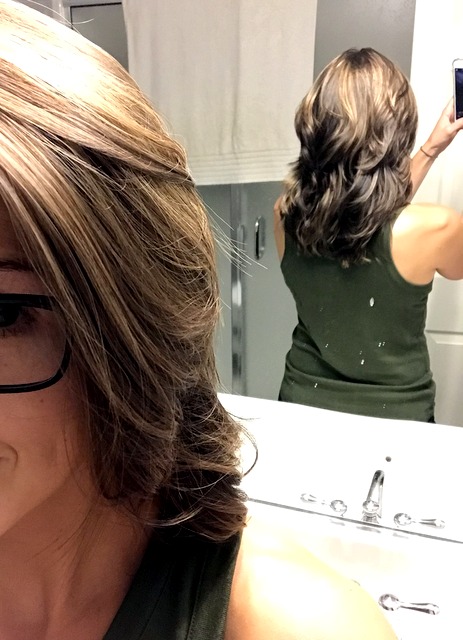 But we did finish out our Monday with some time in the pool (likely our last of the season!), dinner from mom, and a boatload of fresh tomatoes from my dad’s garden. 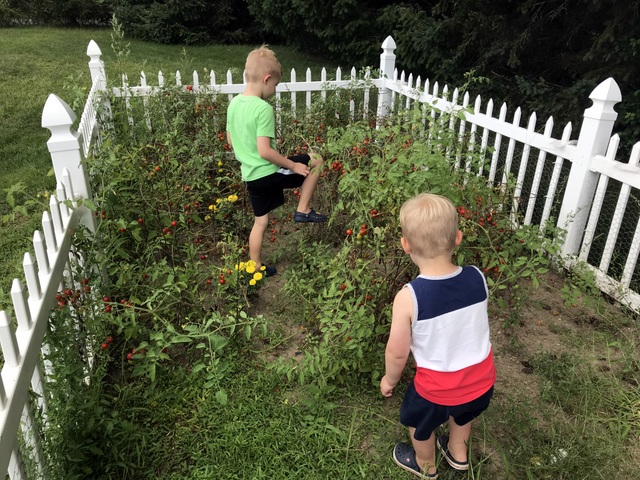 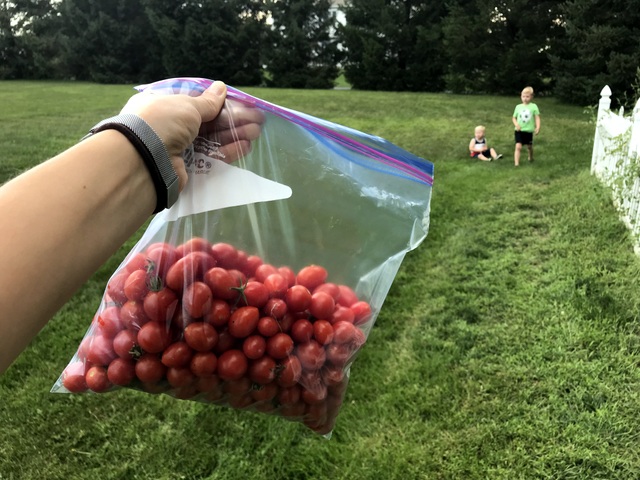 And now that I have all of this typed up (on Monday night), it’s time to either go watch a little Bachelor in Paradise OR an episode of Ozark (we started season 2 after it came out on Friday, so good).

I hope you’re all having a great week, and I’ll catch up with ya soon!