How’s everyone doing on this glorious Saturday?? :-D

I got my day started nice and early to take care of some errands that needed to be done. One of which, was to stop back at my parents’ house to pick up some of the goodies I made yesterday… 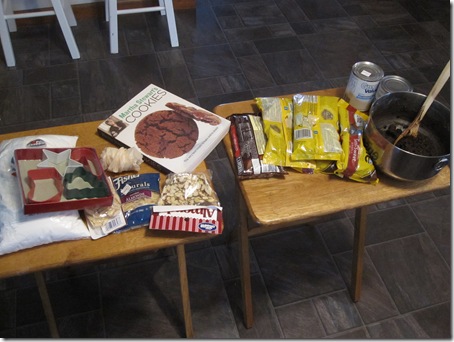 Oh yes! I had to take yesterday off from work for a doctor’s appointment that took a good portion of my morning. But while I was there, I got a call from my mom asking if I’d like to come over after to do some Christmas cookie baking. Did I ever! 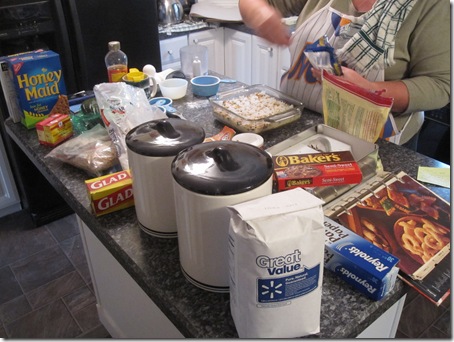 We had such a productive afternoon of cookie baking. And eight batches of recipes later, we had some delicious goodies on our hands. :) 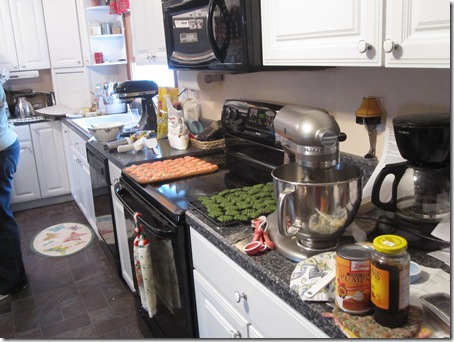 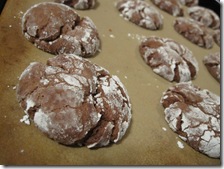 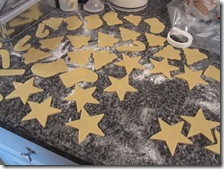 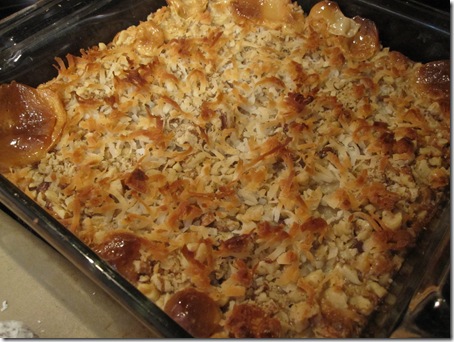 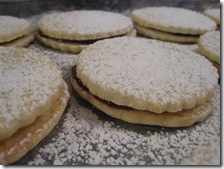 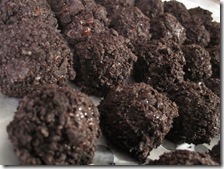 To say I was a little “Cookied-Out” is an understatement; after consuming copious amounts of dough & cookies, my sugar coma claimed victory. But hey, it happens. Mom and I are planning our “Round 2” of cookie baking next Saturday – I guess you could say we’re feeling ambitious.

Don’t worry, I plan on featuring some of the recipes here on the blog in the next couple weeks. :-P

So after stopping home and continuing on with my errands, I needed a little something to keep my taste buds occupied. 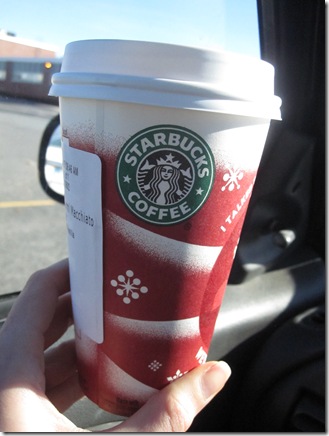 I’m sure you may be thinking that’s a Peppermint Mocha Latte, but unfortunately, I don’t think I’ll be able to stomach those for a while. Even though I know last week’s stomach bug was in no way related to drinking one of these, it was one of the last things that I consumed before I really started to get sick. :oops:

So while I’m sure I’ll eventually work up the courage to try one again, for now, those and stuffing are on my “NO WAY” list.

Isn’t it weird how that happens? When I was in fourth grade, I got sick after eating tacos (TMI maybe, sorry). It took me over 10 years to eat a taco again. Crazy, right??

A little while ago I started to get some tummy grumbles, so I whipped together a creamy, pumpkiny-licious snack. That’s totally not even close to a word, I know. 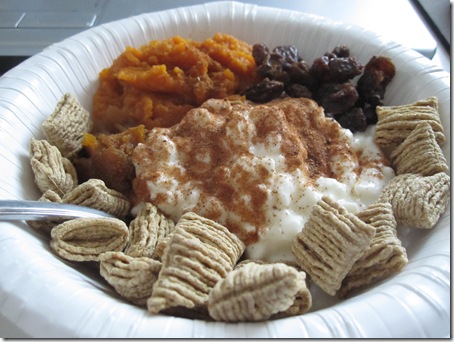 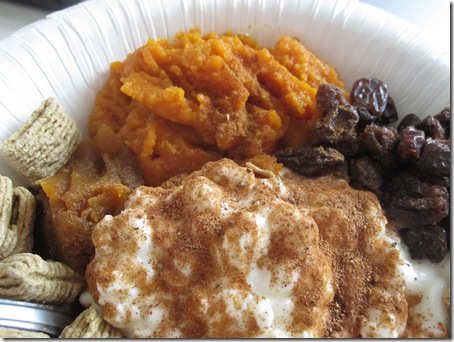 Cody was also intrigued by it… 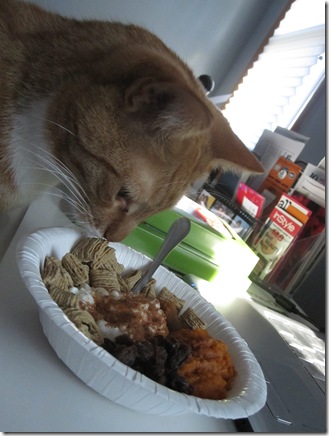 But then some blowing leaves quickly snagged his attention. ;) 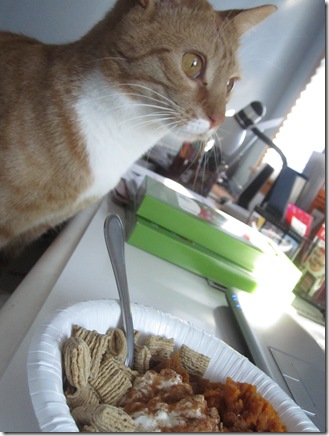 Now I’m listening to some jolly Christmas tunes on Pandora while writing out some more Christmas cards. I have a pretty relaxing afternoon ahead of me, followed by a fun Christmas party tonight!

How are you spending YOUR Saturday?? :)