Well I’d say that this weekend went by SUPER fast. Sheesh! I think I got maybe, oh I don’t know, two things done off of my to-do list?

I had originally hoped to maybe make a couple of freezer meals and a couple of baking recipes to share down the road on the blog, but my lack of energy got the best of me. I am REALLY  reaching the “wiped out” phase quickly right now, and I just hope that this little guy isn’t going to decide to make his grand entrance 8 days late like his brother did…I don’t know how I’ll ever make it. I just feel so tired and uncomfortable all.the.time. right now.

But despite all that, and even though I may not have gotten much done at home like I had hoped, Jay and I did still get lucky enough to enjoy a date night out! 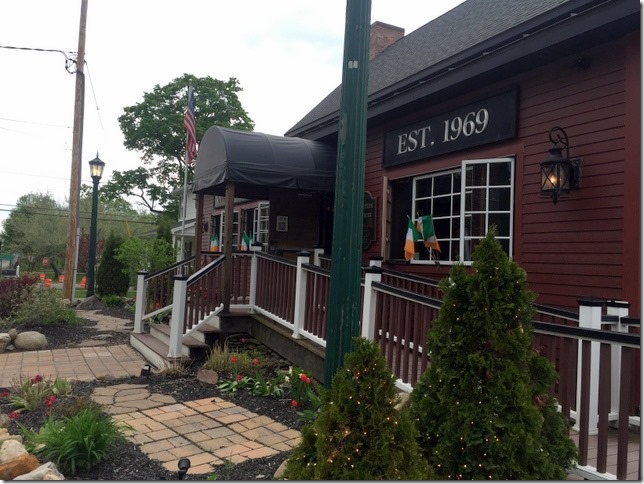 My mother-in-law had gotten us a gift card for Easter (which also included babysitting) to Charlton Tavern, a restaurant about 40 minutes away in Ballston Lake. So we decided to cash that in now while we still can. 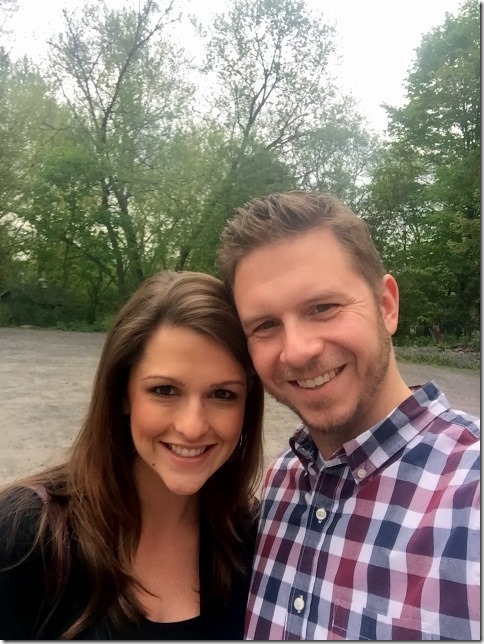 The restaurant was so stinkin’ cute inside, and if it weren’t for so many people around, I would have tried to snap a couple of photos. But I guess you’ll just have to take my word for it (or if you’re local, definitely go check it out!).

We started off with some of their calamari for an appetizer, which we both decided easily makes it into our top three (along with this one and this one). It was seriously cooked to perfection and just had some of the most amazing flavor (apparently it’s their best selling app, which made perfect sense). 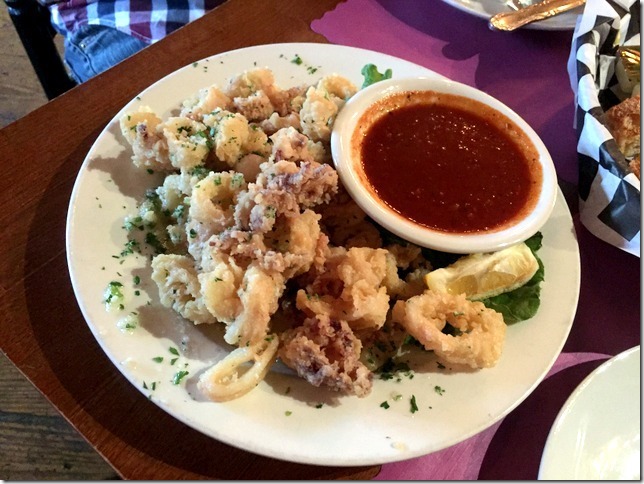 For dinner, we both decided to go the sandwich route over full entrees (mostly because I wanted french fries) so I ordered their turkey grill sandwich with some sweet potato fries. It was really good, and I wound up eating half and boxing up the rest because I ate every single french fry instead. 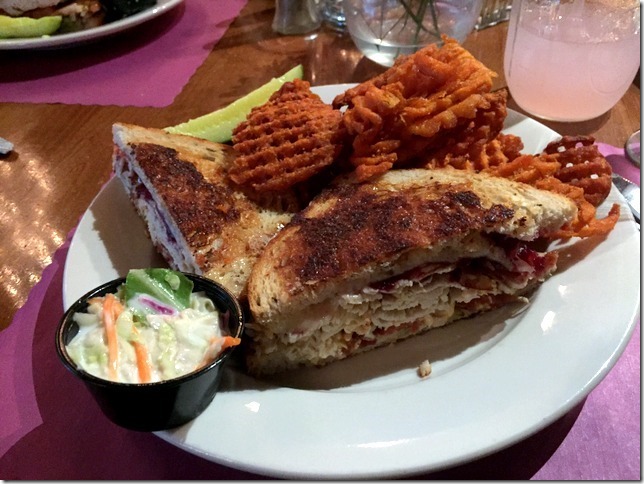 Once we were finished with our dinner, we walked across the street to check out a little general store. 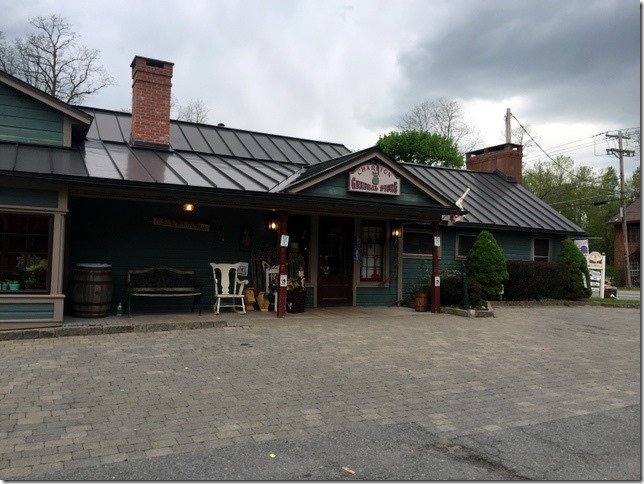 They were just about getting ready to close, so we didn’t stay for long, but we did end up leaving with a few of their homemade cookies to bring home. 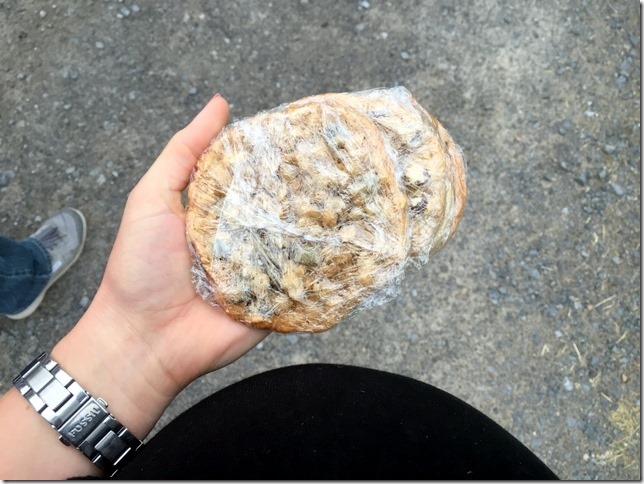 After dinner, we made a pit-stop into Babies R Us before heading home, so we could pick up a few odds and ends for the baby/myself/the nursery. 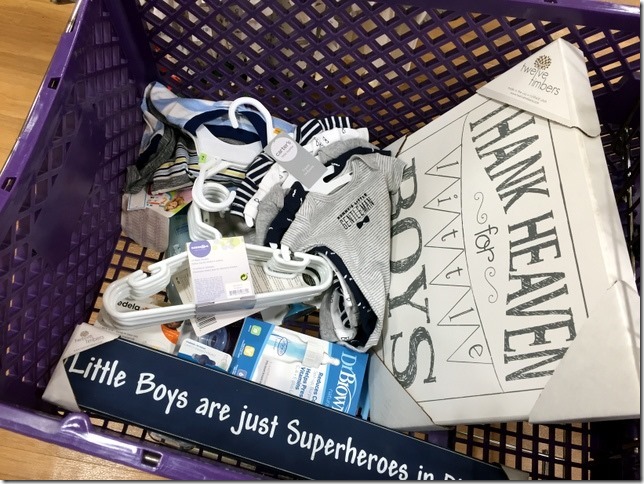 I sort of keep forgetting that I’m only like, umm, 3 weeks away from my due date. So I tried to go through and really inventory everything to see what we’ll need. Hopefully we’re close, haha?! I think I should probably pack a hospital bag one of these days soon, too…

As for the rest of the weekend? Sunday was another day of Jay working in the basement with the amazing help of our cousins Brian and Mike, and I was excited to be able to have Mal tag along this time so Lucas and I had someone to hang out with while the guys worked.

Thankfully, all of the sheetrock is NOW finally done (they had to fix some stuff yesterday) and now we’re just waiting for the taper to start. I’m hoping that will be sometime soon this week (and I’m also incredibly thankful that Jay finally caved in and decided to pass that project off to someone else). 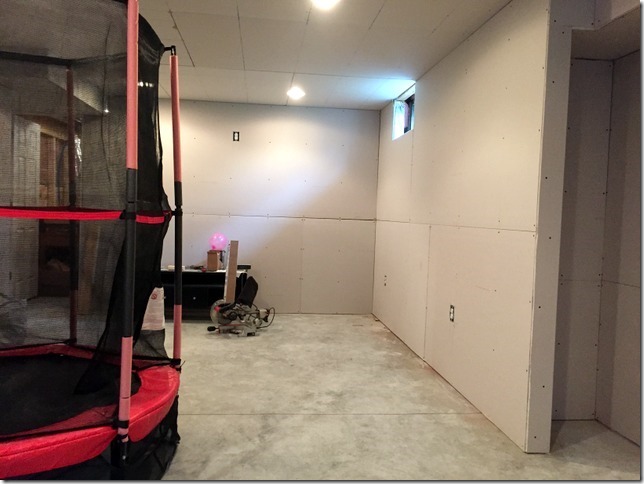 I’m getting so anxious about having it finished, and I really hope we’re able to get at least the majority of it finished before the little guy arrives! But to be honest, I think Lucas will be totally bummed when he doesn’t have all of the screws in the drywall to pretend to screw in with his fingers all the time. 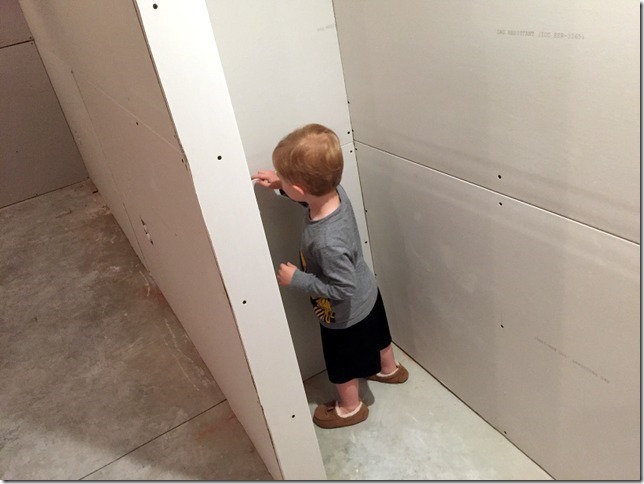 And, well, that’s all I really have documented from this weekend!

Right now, I think it’s about time for me to go attempt to lay down on the couch and snack on something cold and fruity, because that’s sounding mighty good right about now.

I hope you all had a great weekend! Do anything fun or exciting?!