Have I mentioned before that having a sick kiddo is the worst? 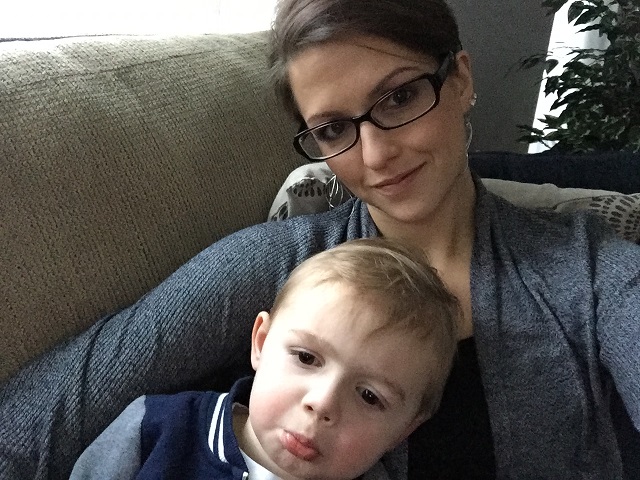 This poor guy. He just has not been himself the past couple of days. My typical bouncing-off-the-walls toddler has become somewhat of a couch potato since Monday, and really just wants all the snuggles.

I left work a little early on Monday to pick him up from his sitter, since she said he seemed off. He spiked a fever of 102.6 on Monday evening, and some Tylenol brought it back down, but it was back up again on Tuesday morning so I brought him to the doctor to get checked out.

Good news is that all looks well – chest, ears, throat are all clear, and he really has no other symptoms. So as of right now, it’s possible he’s just got some sort of virus that’s causing the fevers and leaving him a little punky. Hopefully he’ll be back to his normal self soon. 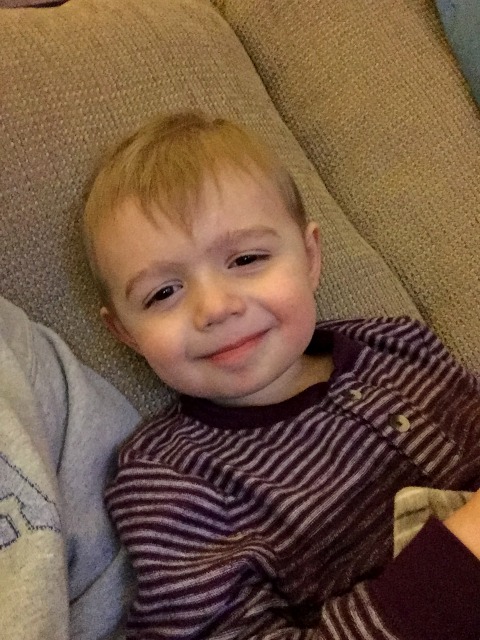 As for me? All is going well this week! Technically, it’s my birthday week (my birthday is Saturday!), but I guess you could say that the allure of that has died down a bit since I’ve gotten older. ;) Even still, we’ve got some fun weekend plans in the books, so I’m excited about those.

Let’s see, what else is going on? Well, I snoozed through my alarm the past two mornings in a row and missed my early morning workouts. Ahh well, I was tired.

I may have found a new perfume, thanks to the perfume sampler I got from Sephora this Christmas.

And I’ve eaten some good food!

On Sunday, I prepped three batches of overnight oats and have been loving them this week. 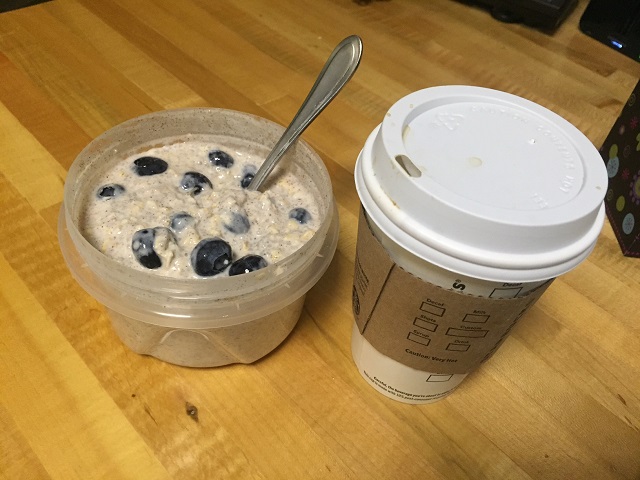 To make them, I simply mixed up:

They’ve been a pleasant change from the usual mid-week breakfast rotations!

I also made myself a delicious turkey sandwich for lunch earlier this week. I know deli meat is still somewhat of a “no no” during pregnancy, but there are still times where I’ll eat it because I have a really strong craving. 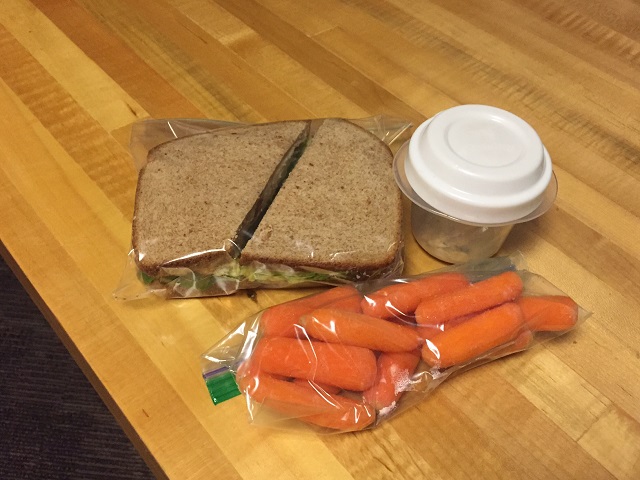 I just usually make sure to get some good quality stuff at the deli counter and heat it up nice and hot beforehand. 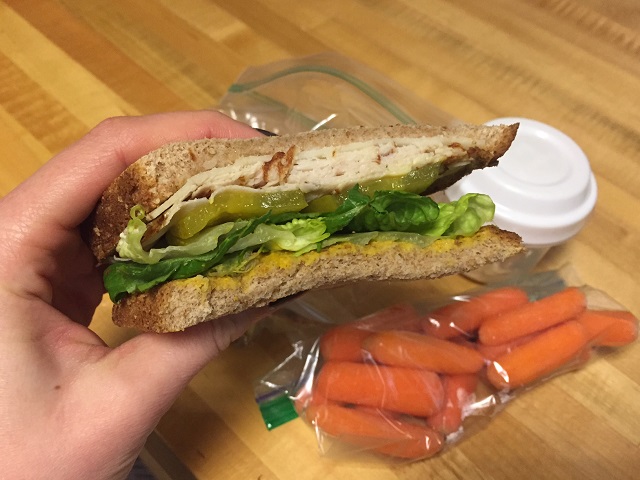 On Monday, I happened to come across an unopened jar of Justin’s almond butter that had been hiding towards the back of a shelf in our pantry. Score!! That’s been enjoyed daily since…with a banana on Monday. 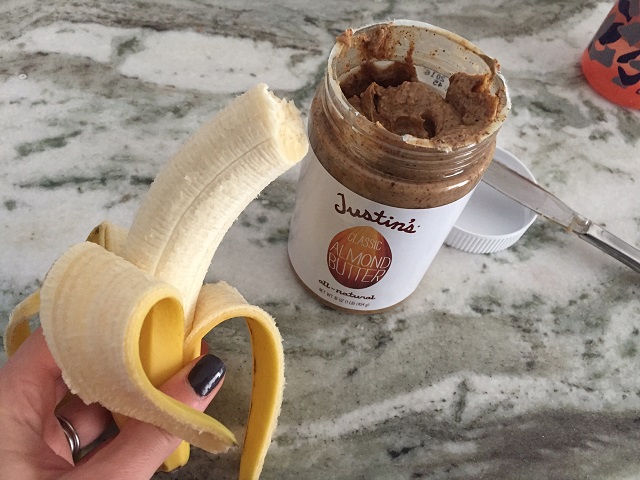 I guess you could say Monday was just an overall really delicious day on the food front, because we also made an awesome batch of chicken fried rice. 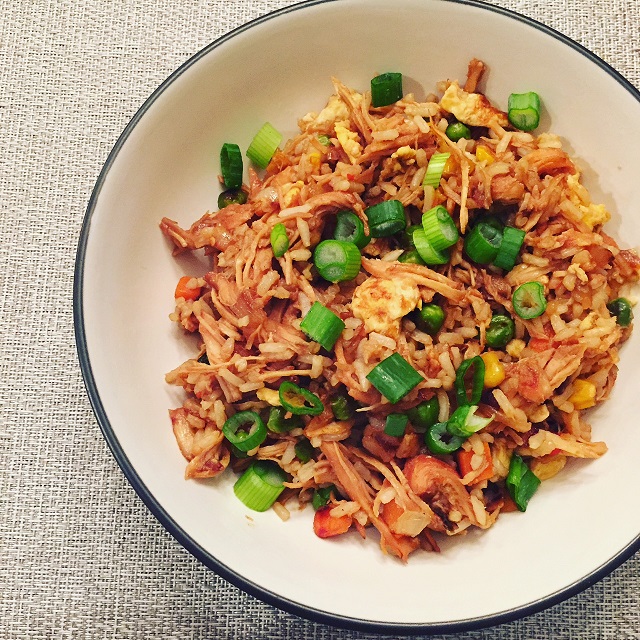 We used this recipe, and I cooked the chicken ahead of time in the crockpot on Sunday (in a mix of hoisin sauce, sweet chili sauce, toasted sesame oil, and soy sauce), so it was ready to go for Monday. I’d absolutely make it again! However, I’m totally calling shenanigans on the servings on the original recipe…it says it has 8 servings. We got 3-1/2… ;)

I’ve also been eating quite a bit of yogurt lately, with this one being one of my latest concoctions. 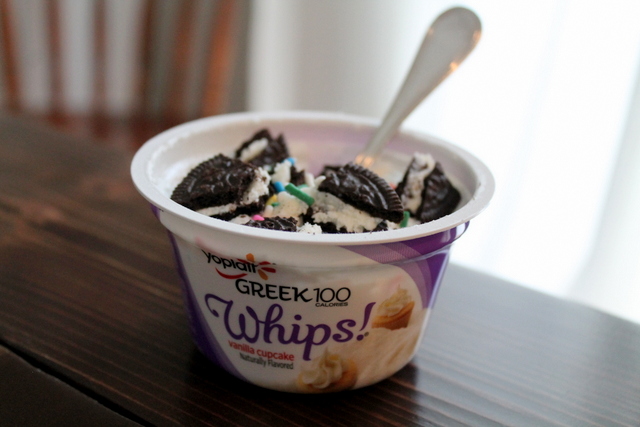 I actually have a post coming later on that, too!

So there’s a little bit of what’s going on over here so far this week.

***P.S. – be sure to check out Colleen’s post from yesterday about her new series, Taboo Mom Talk. I’m going to be joining her on a LIVE chat session on February 9th, and we’d love to have you join us!***

How’s the week treating YOU so far?!

« Sentence (Or Two) Per Picture
My Favorite Yogurt Combos Lately »