Okay, does somebody want to pour me a glass of wine, please?

Alright, I guess my non-alcoholic champagne will have to do for now. Because yesterday was quite a day. 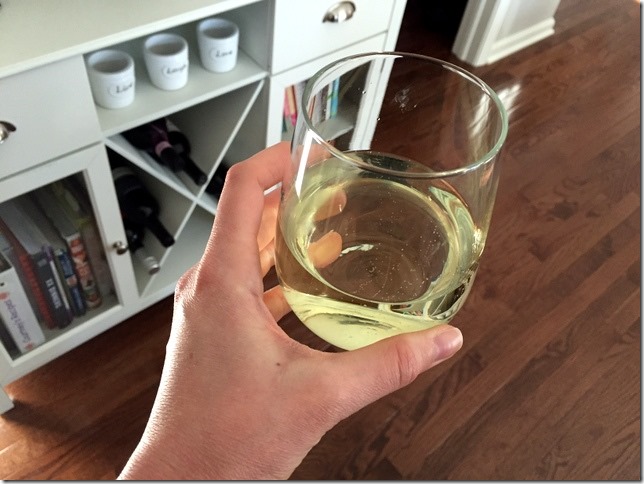 Seriously. Pets are a funny thing. And if you follow me on Instagram (<—are you?!), you probably already know this, but…

On Monday, I told you all about Cody’s ordeal with having to go to the vet and how we thought we were in the clear once he was home. But on Monday afternoon, after getting home from work with Lucas, I started hearing Cody make some really odd and uncomfortable sounds from the next room. I texted Jay and told him that I thought something was wrong.

He got home shortly after, called the vet, and they said we should bring him in ASAP. Turns out, he wound up with another blockage in his urethra in less than 72 hours from it happening the first time. They explained that, while we could continue down the route of just catheterizing him again, the fact that it happened again so quickly was a bit unsettling. And on top of that, x-rays showed that the poor guy had kidney stones, too.

So the next option was Perineal Urethrostomy surgery to help open/widen his urethra in an attempt to prevent any further blockages from happening.

My initial thought was, oh crap, this is really going to hurt the bank account. But it was quickly followed up with a, let’s hurry up and get this FIXED. I mean…he’s our Cody. Our spunky, up to no good, running a muck, cuddle bug. He’s perfectly healthy besides all of this, so there’s no way that we couldn’t opt for the surgery to get all of this taken care of.

Up until yesterday, Jay had been the one handling the phone calls with the vet and bringing him to/from his appointments and overnight stays (he had to stay over again Monday night into Tuesday). But then yesterday, Jay couldn’t leave work to get him and bring him to the doctor, so it was up to me.

And the minute I saw him, I totally lost it. 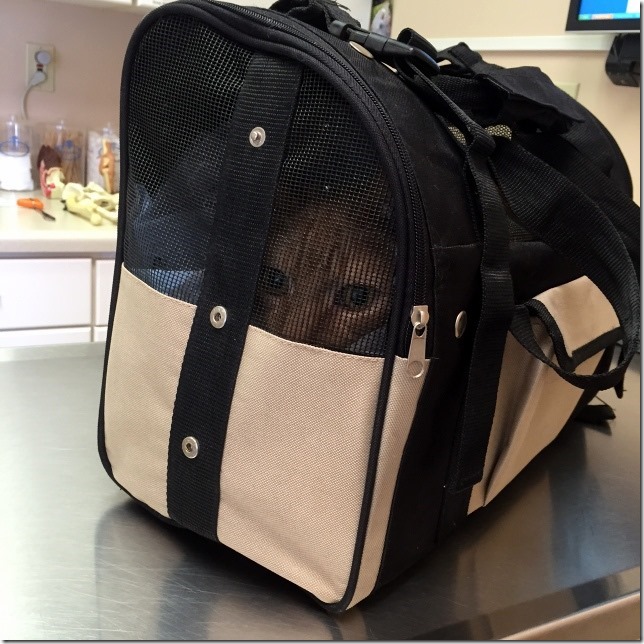 I felt like a complete fool standing in the vet, trying to sign discharge papers with tears falling down my face, despite everyone saying that the procedure was “very routine” and that he’d be fine. And then it happened all over again as I sat in the doctor’s office and listened to him go over the details of the procedure, also informing me that it would be considered an “emergency” surgery based on his condition and that he’d be moving some of his appointments in order to get him in ASAP. Ay yi yi!

I blamed it on my hormones and being pregnant (to which they said, “oh myyyyy, yes, you have enough going on, you poor thing!” and got me a box of tissues and cup of water), but I really don’t think the hormones could take all of the credit. We just love our little guy so much, and I hated seeing him and knowing that he was in pain. 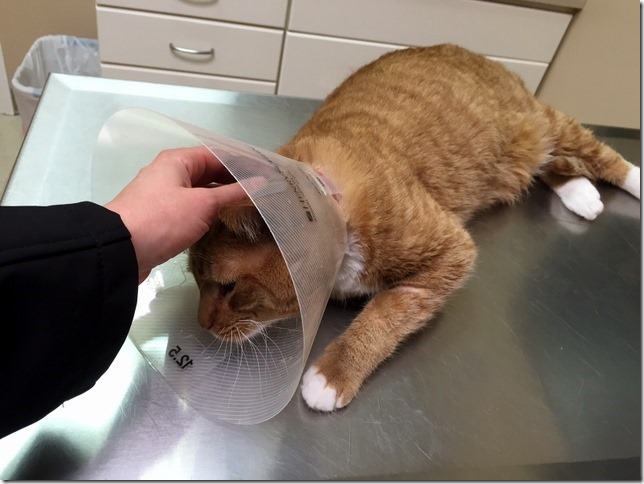 These pets of ours, man. They find a place in your home and in your heart, and they’re part of the family.

…despite the fact that he is the #1 thing I am most allergic to in life, and I would likely be breathing infinitely better and not be dealing with extra asthma issues and post nasal drip daily

…and yes, despite the fact that he’s got us almost $5000 poorer (ohh, another few tears were shed over that, too)…

There’s no question that we’d do what we had to to make sure he’s well again. <3

The good news is that his surgery went well yesterday! The doctor was very pleased with how it went and said he was doing good. We’ll call and follow up again this morning and then he should be able to come home by Thursday (and will even be lucky enough to get to wear that lovely cone for another two weeks). And I’ve already vouched to not complain when he’s trying to push me out of the bed so he can get comfy.

In the meantime, I’ll be ready and waiting for him to come home so we can cuddle…aaaaand, will be shopping around for some good pet insurance.