Whew, what a week last week! Monday started off with me coming upstairs from my morning workout, only to have Jay tell me he was fairly confident he had the flu. A few hours later, and a trip to the doctor confirmed he did, in fact, have Influenza A (we did all get the flu shot this year). Thankfully, since it was early enough, he was able to get on Tamiflu and honestly, his symptoms were really not that awful. Whether or not it had anything to do with the fact that he had the flu shot, I have no idea. But we’ll take it.

He still remained quarantined upstairs for a few days, and I disinfected the crap out of my entire house. 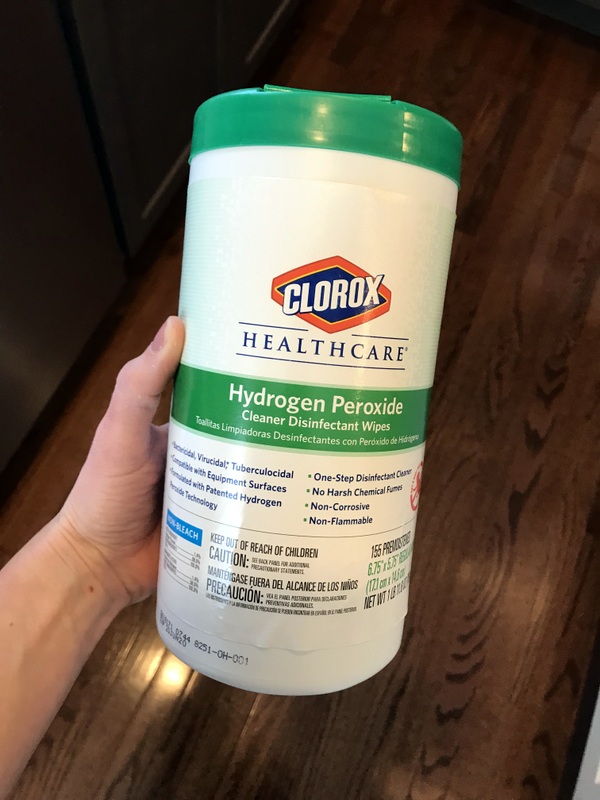 I typically try to stick with my Thieves cleaner the majority of the time, but when norovirus or flu are involved, I break out the big guns. These wipes and this spray are no joke.

Then on Tuesday, Lucas came home from school with a fever and Alex started spewing boogers left and right, so I called the doctor up and he said that he wanted to put boys on Tamiflu as well, just as a preventative measure. So we were all home together on Wednesday, and I was just basically surrounded by germs. Thankfully, Lucas’s fever from last week lasted less than 24 hours and Alex had nothing more than some boogers and congestion, so everyone is back to themselves. 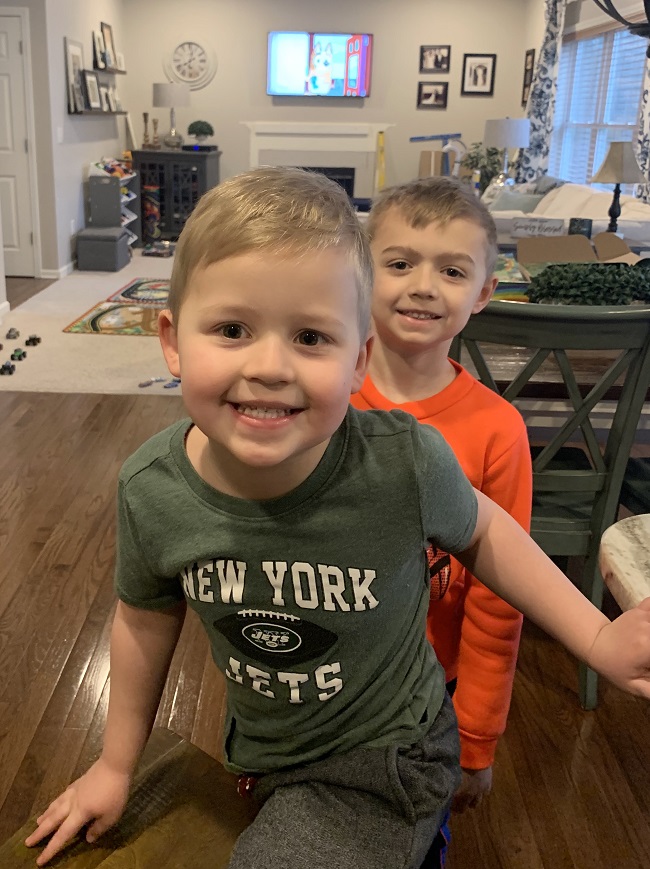 Oh, and this was all after the week prior, when Alex wound up throwing up ALL. OVER. ME. while I was solo parenting at Lucas’s soccer practice. That was a really, really fun night, you guys. Being the last (wo)man standing can really do a number on the amount of symptoms you “think” you’re feeling on any given day!

But at least no matter what happens in the week ahead, I can still say that we had an awesome weekend, which was kicked off with a fun night out with some friends. 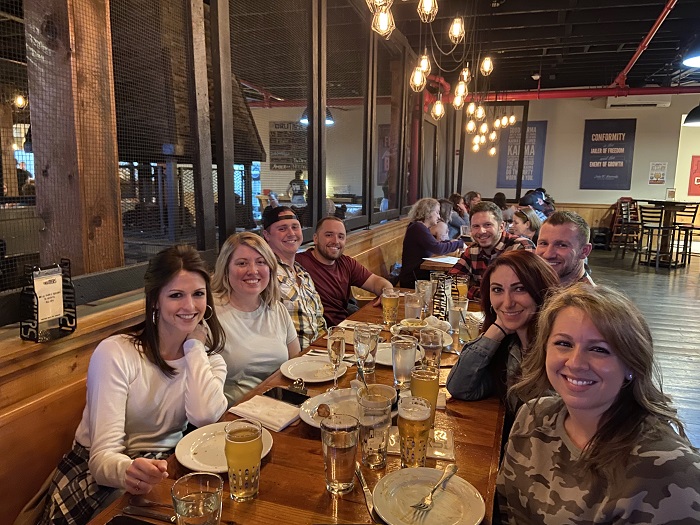 A group of us wound up getting tickets to go see Kane Brown in concert, so we schlepped the boys off to my parents for a fun sleepover, and then the adults met up for some dinner and drinks before the show. 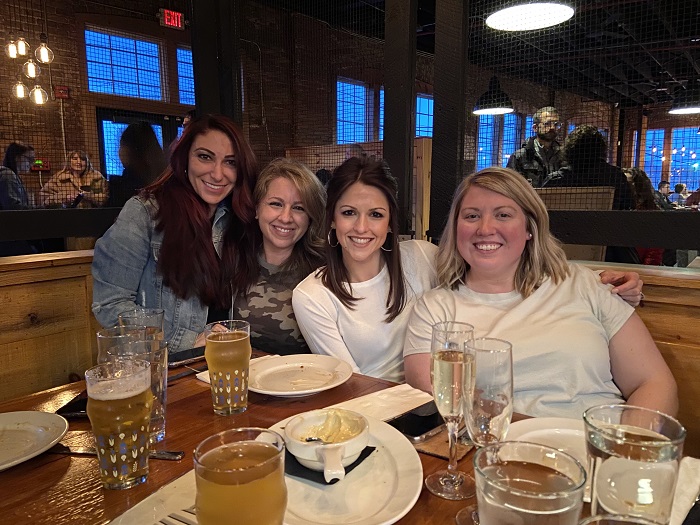 We actually went back to Druther’s, which Jay and I just visited a couple of weeks ago, but they’ve always got such good food. Not to mention, the best beer cheese dip and pretzels around.

As for the concert, everyone agreed that the two opening acts – Chris Lane and Russell Dickerson — were way better than Kane Brown. I mean, don’t get me wrong, I LOVE Kane Brown’s music, but he just didn’t have the energy that the other guys had, and I suppose his songs are just a little more mellow for my preference at a concert? Either way, there was no shortage of a good time. 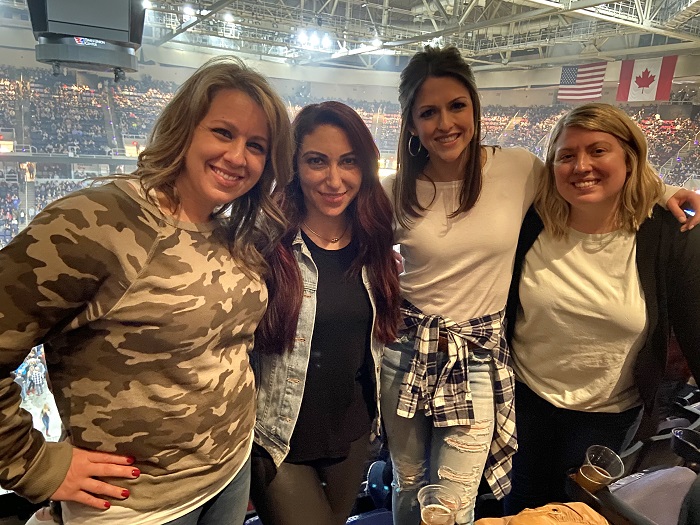 And hey, here’s a full outfit pic, since I had one on my phone anyway. ; ) I actually had that plaid shirt in my donation pile at home since it just doesn’t fit right anymore…but it worked great tied around the waist! 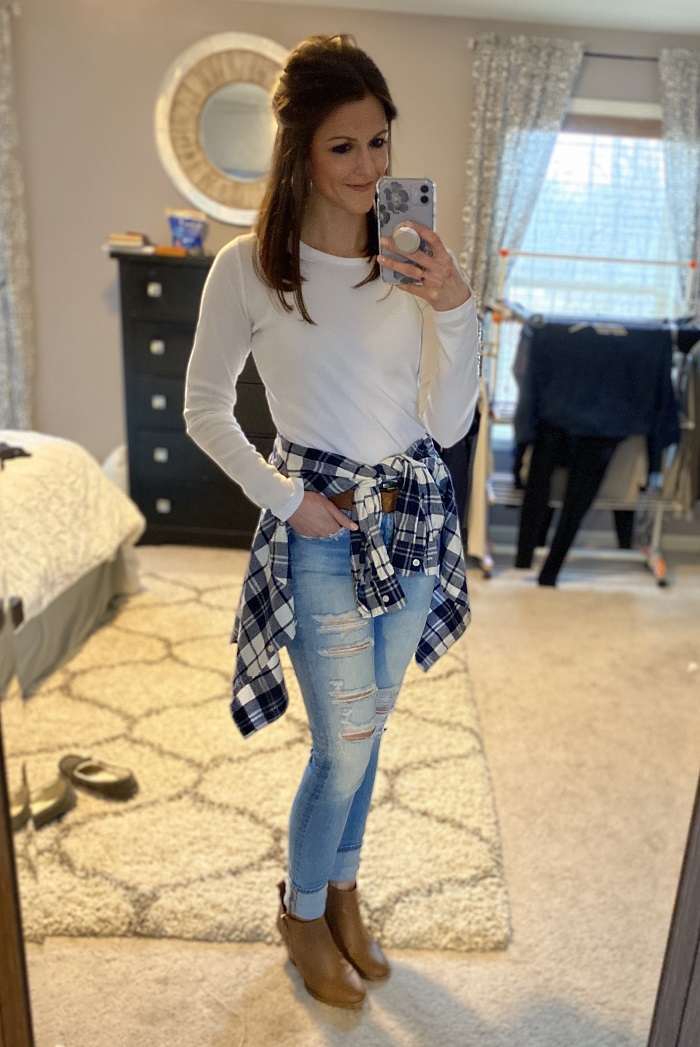 The boys were back home nice and early come Saturday morning, and then we were off for a busy day! First up, Lucas had two soccer games. 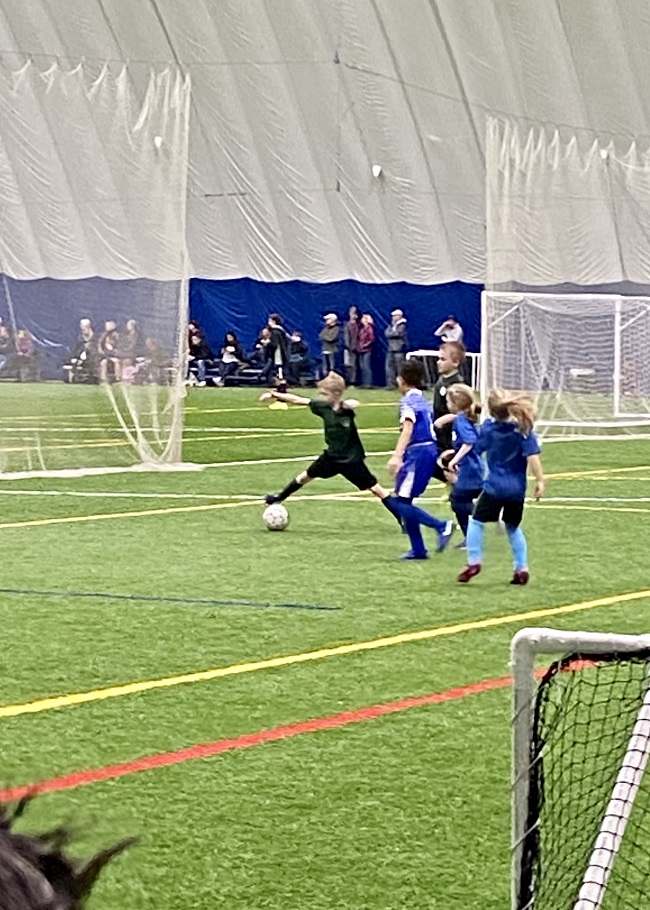 So we went to the first one, went out and grabbed something to eat, then made our way back for game #2. 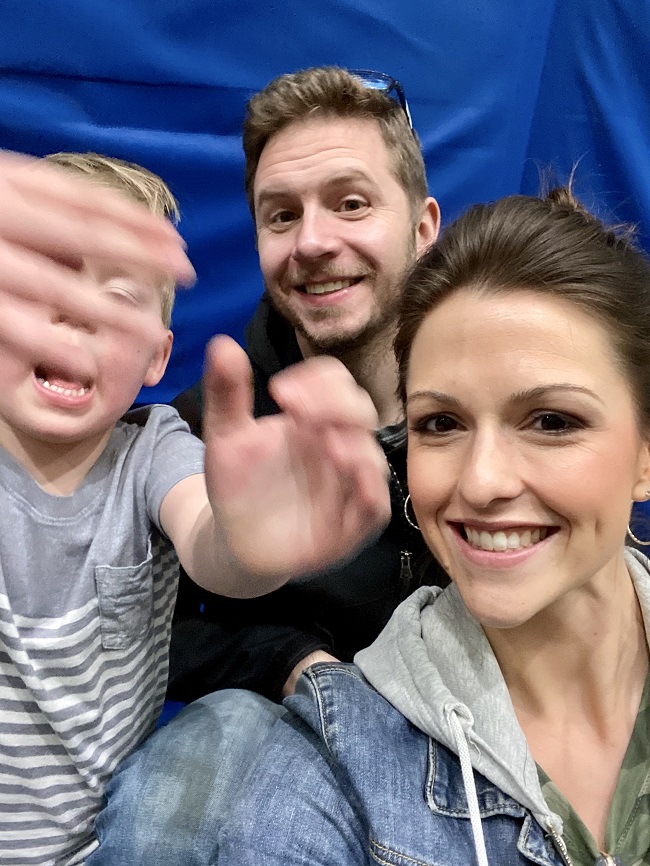 After soccer, we were off to the mall for a birthday party for one of his best buddies (and neighbor), Kai. 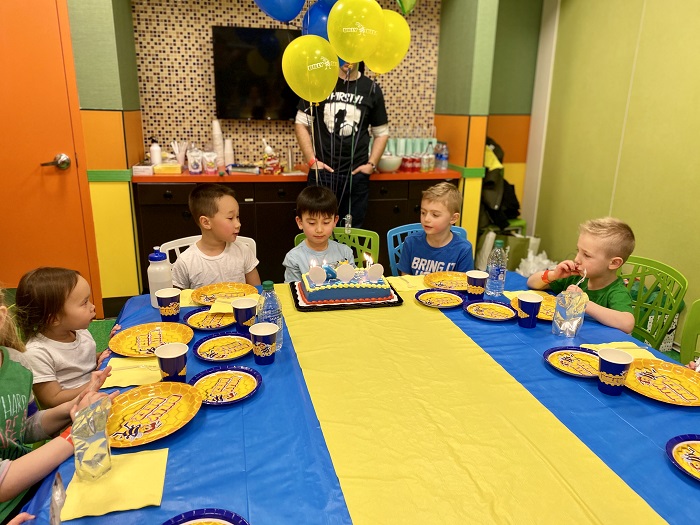 The boys (and the whole neighborhood, actually!) had a blast running around through Billy Beez, and I had a great time wondering how many germs they were sliding and climbing through, and inevitably, about to bring home. 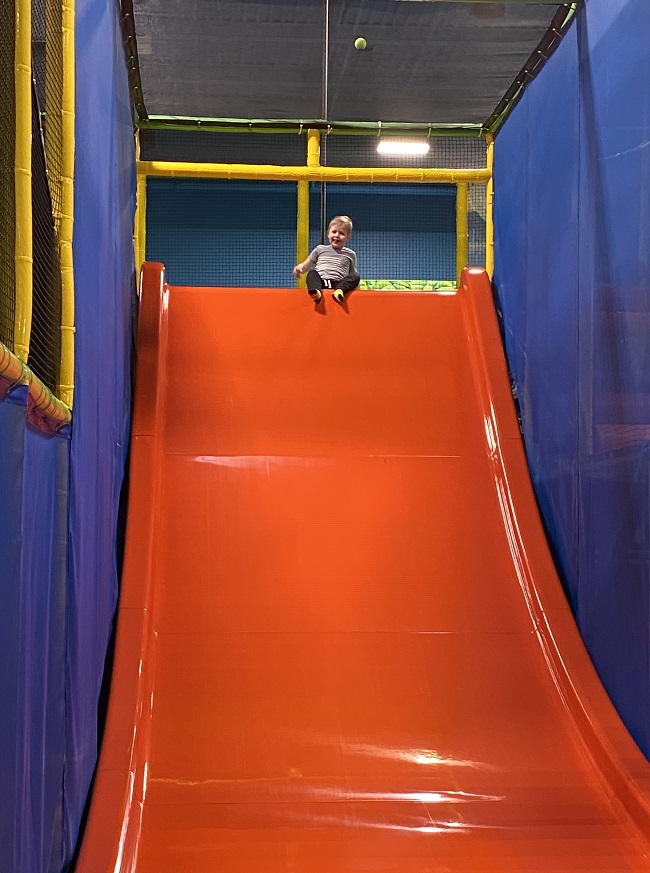 I say that, but ya know, I think I’m getting just a teeny bit more relaxed when it comes to all the germ crap. Maybe it’s because the boys are getting a little older and the thought of them being sick is a little less scary. Maybe it’s because I just don’t have the energy to be that anxious over it. Who knows. We do our best to keep them clean, and whatever is going to happen, will happen. Right?

Both boys crashed HARD after Saturday, and Sunday was absolutely gorgeous, so we spent pretty much the whole day outside…with no pictures to prove it. Whoops! But I did wind up selling our bedroom furniture on Facebook Marketplace in a record 30 minutes, with it actually being OUT of the house within 2 hours of posting it, so that was exciting. And now that our bedroom is a total disaster, I’m even more excited for our new stuff to arrive on Wednesday. Woo Hoo!

« Recent Meals + Send Me Your Questions!
Adjusting to Our New Day to Day »