Happy Monday to you all! How did the weekend treat you? Good, I hope!

We had a pretty nice weekend over here, with one major highlight being my first ever paint & sip outing. 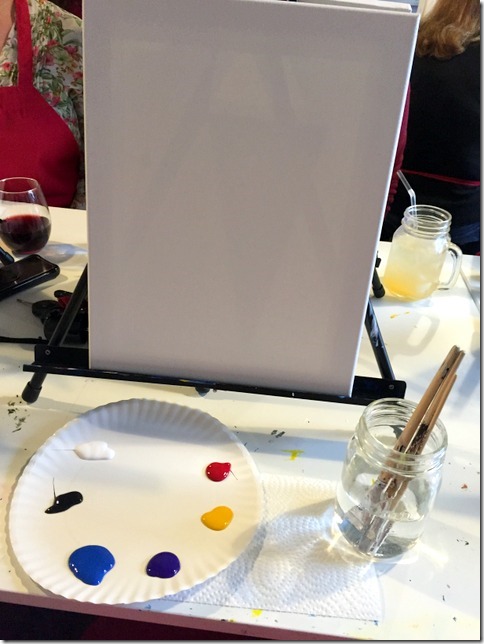 Or rather…paint, sip, and EAT! The place that we attended, Canvas, Corks, and Forks, is apparently known for their – get this – mac ‘n’ cheese bar. 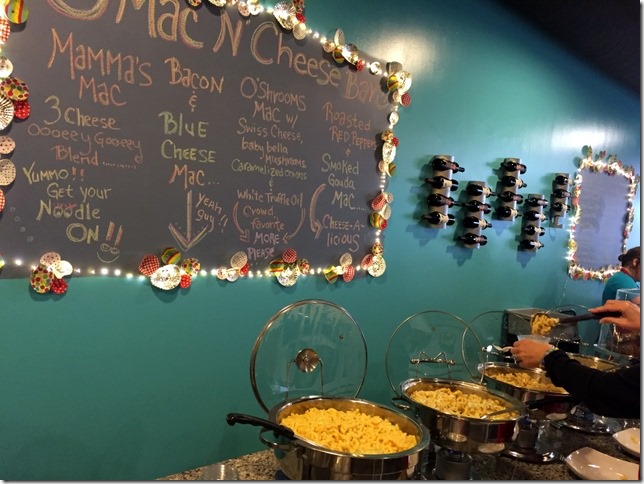 So while I couldn’t necessarily sip on the good stuff (aka, wine), I did get myself a delicious lemonade and a couple samplings of their mac ‘n’ cheese. Pretty sure my favorite was the one with gouda and roasted red peppers. Yum! 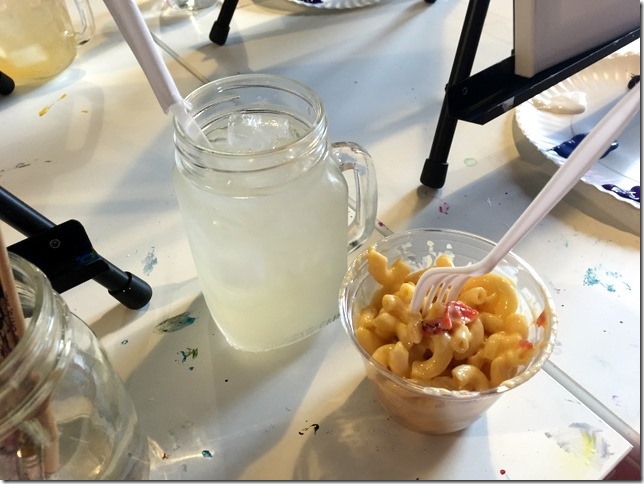 And the reason for Sunday’s outing? To celebrate my bestie’s birthday! 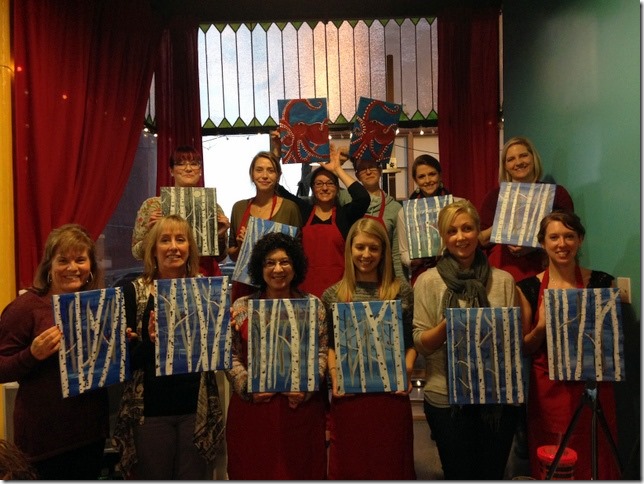 You guys should know Heather by now, right? Most of you long time readers will certainly recognize her. Heather is my bestie since kindergarten, and it’s hard to believe that we’ve known each other for almost 27 years now. CRAZY! Happy Birthday, Nutjob! <3 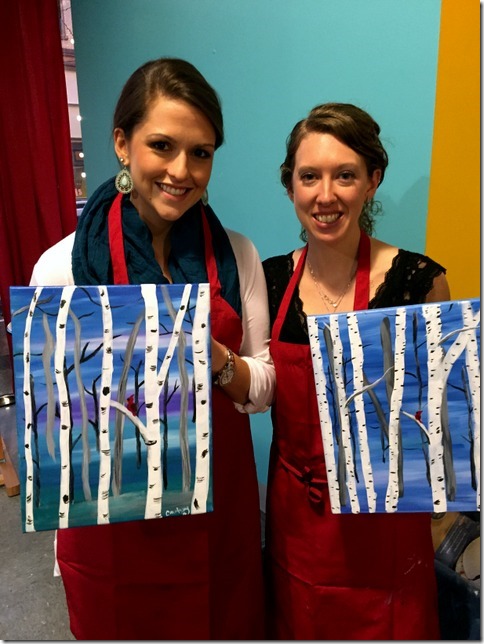 Oh yeah, and as for the whole painting thing? Here’s my finished piece of art! I mean, I’m no artist, but I’ll take it for a first attempt. 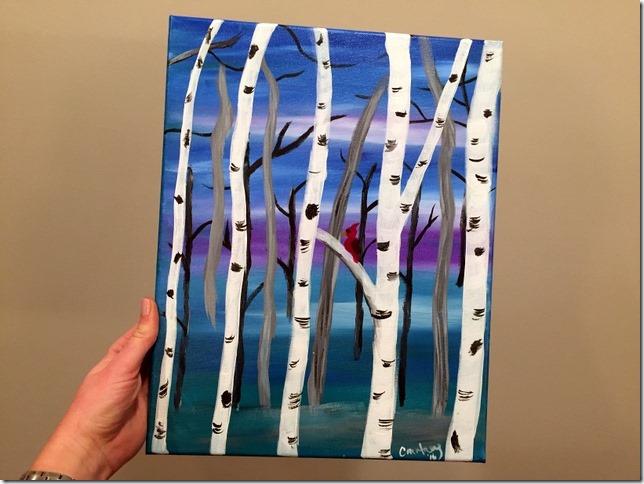 As for some other highlights from the weekend?

There was the most beautiful double rainbow on my way from painting on Sunday. 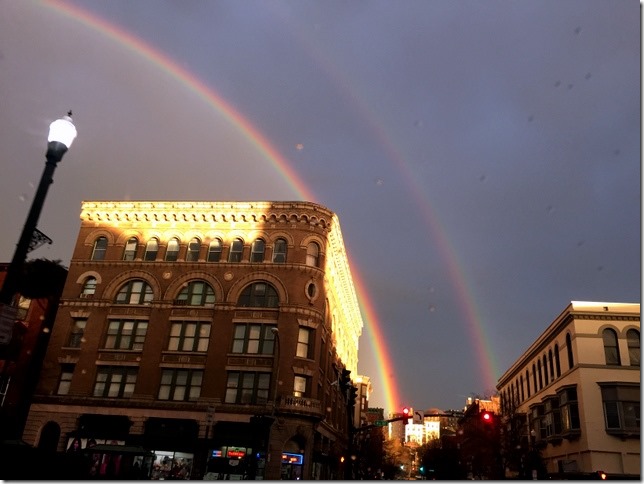 Still so weird to think that on January 10th we had rain, thunder, lightning, and rainbows?! 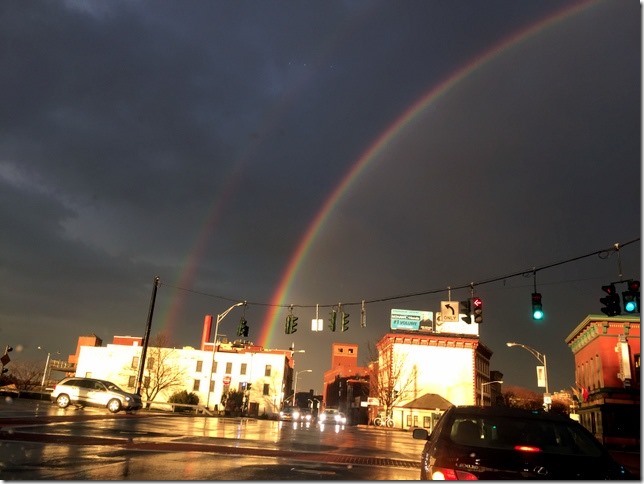 On Saturday, Jay made us some more awesome omelets…peppers, onions, spinach, and tomatoes with provolone for meeee. 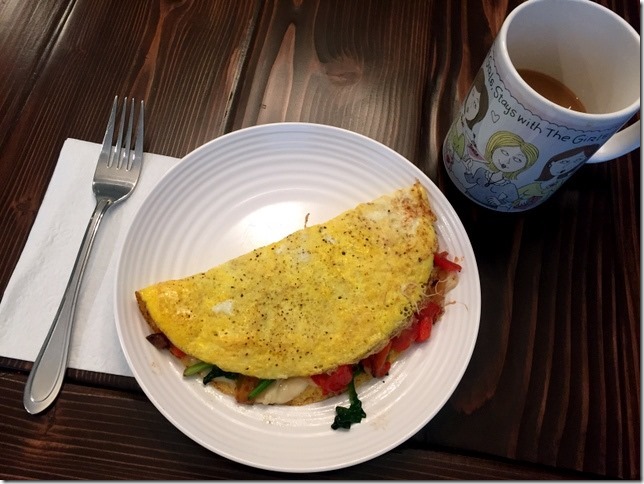 On Saturday, we took Lucas to a new-to-us nearby museum, which he absolutely LOVED! 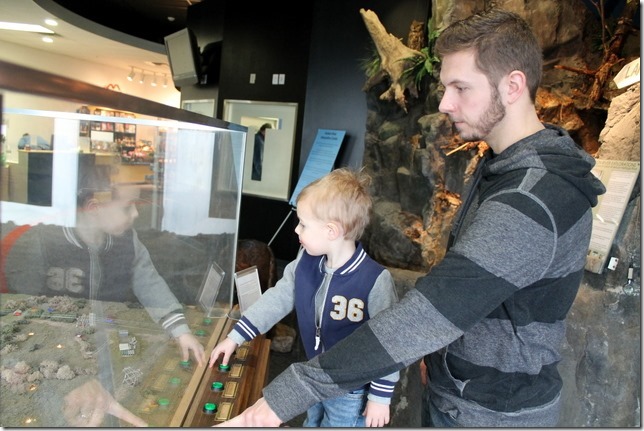 I’ll have more details on our trip coming up soon! 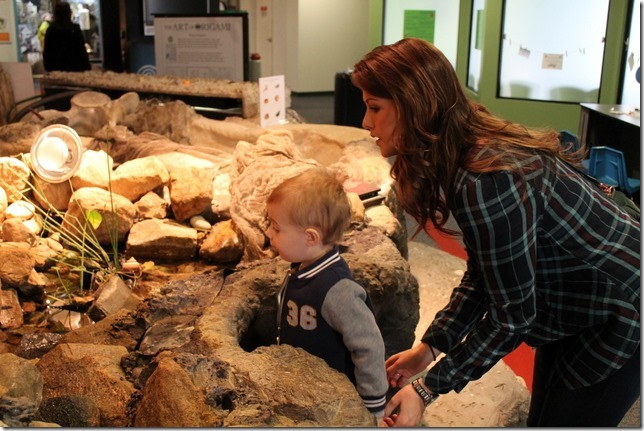 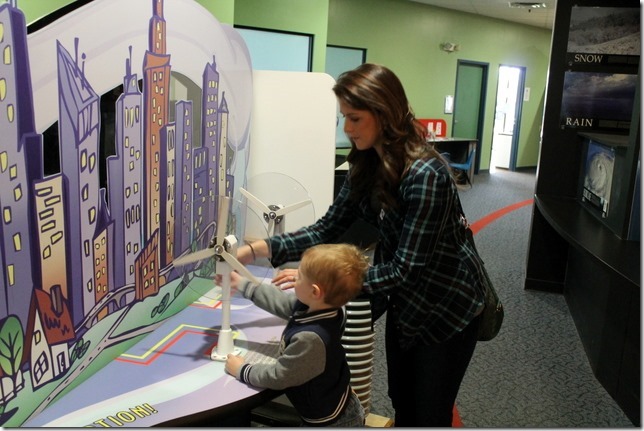 On Friday night, we had a delicious dinner out at Brown’s Brewing Co. Complete with a spinach and artichoke dip appetizer… 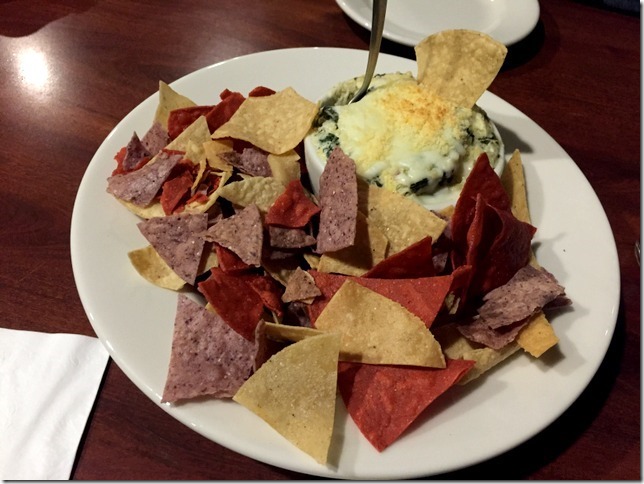 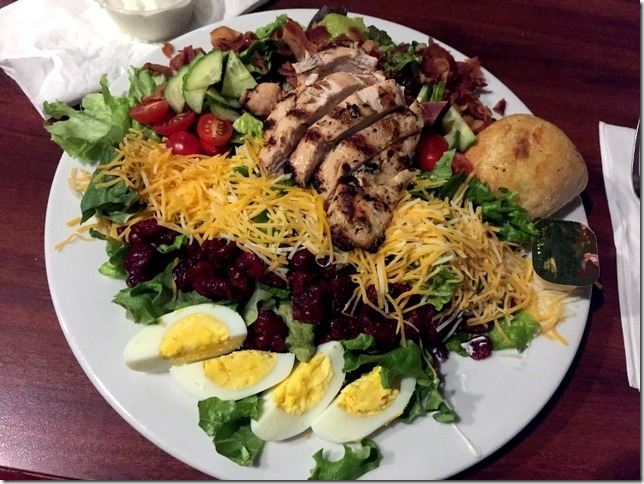 And a side of sweet potato fries for good measure. 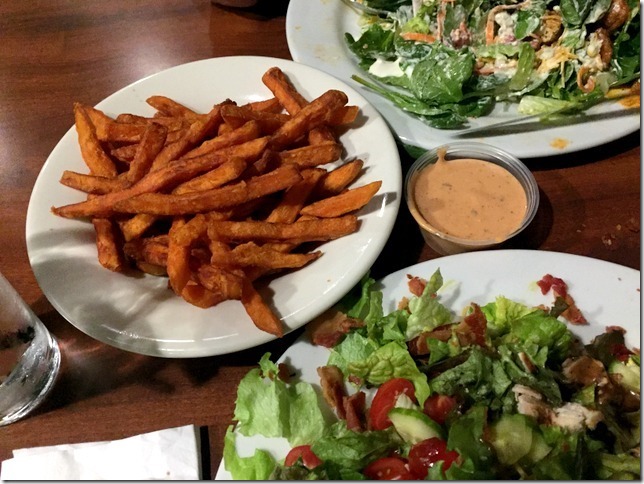 We spent some time working on putting together a new “toy” for us down in the basement (details soon!). 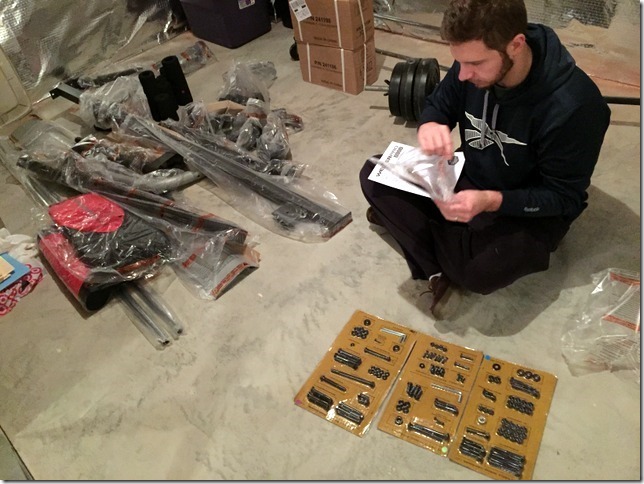 Lucas had to get in on the action…he loves his tools just like his daddy. 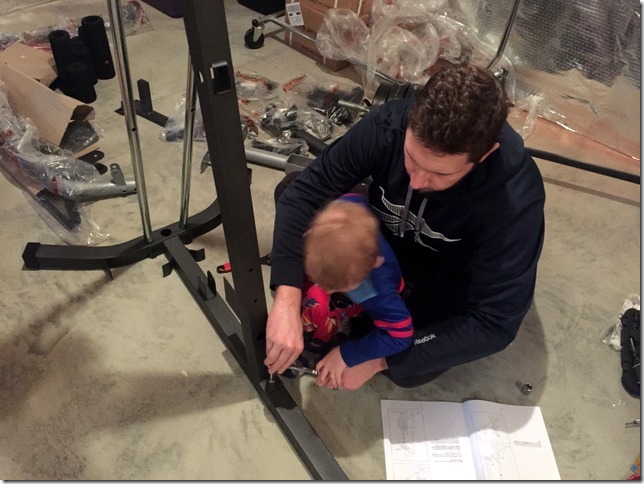 There was a little fro yo action, with alllll sorts of caramel and cookie dough. 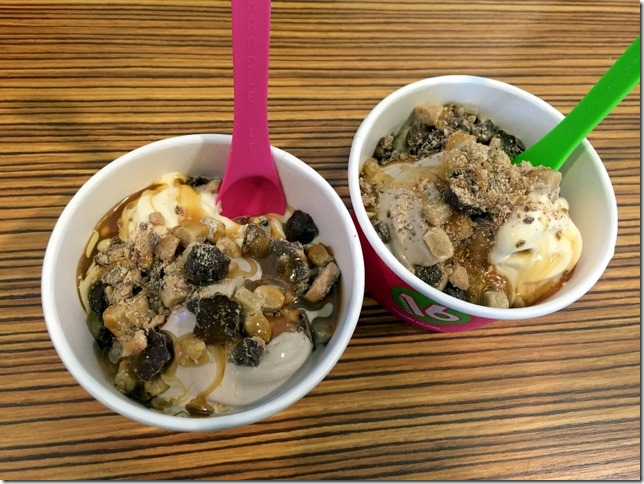 And there was even time for a little laziness. Because, I mean, who doesn’t love laying in bed watching Blaze and the Monster Machines? 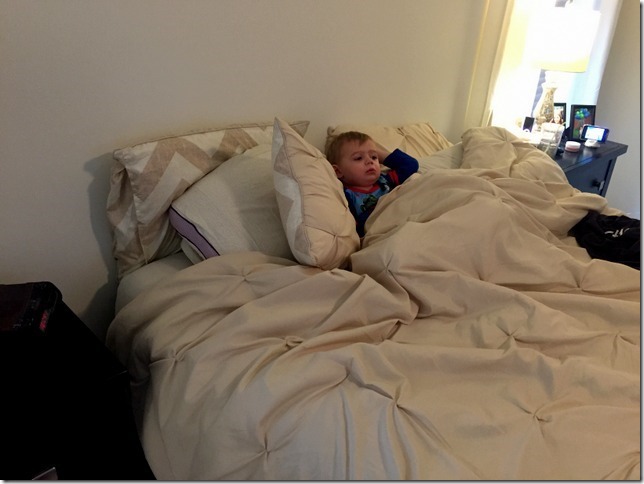 Okay, I’d take the laying in bed part…the Blaze part, I could do without. I think I’m getting to the point where I can recite to many of those episodes. 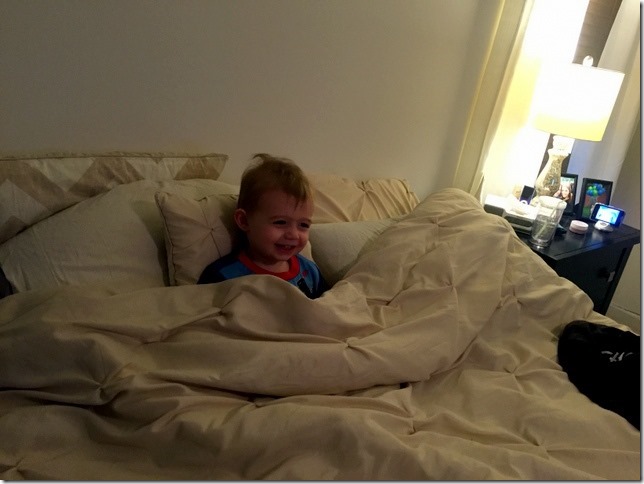 And there’s a look at some highlights from our weekend! A good one, for sure.

Did anyone watch the Golden Globes last night? We caught some bits and pieces, but there were some pretty funny moments and some beautiful looks, too!

How about you guys? Do anything fun or exciting? Try something new?