1. I think I’m putting up some Christmas decorations tomorrow you guys. I just can’t help it…I’m feeling suuuper festive this year! Who else is with me?

2. If I had a dollar for every time I’ve played peek-a-boo this week with this guy, I’d be rich. 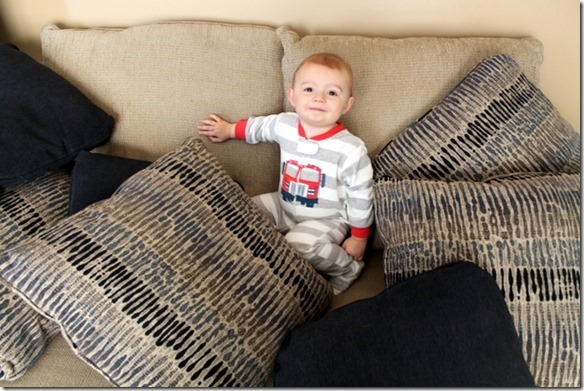 He demands to be completely covered with every single pillow in sight, and then we laugh and laugh as I peek through all of the cracks and crevices between the pillows. 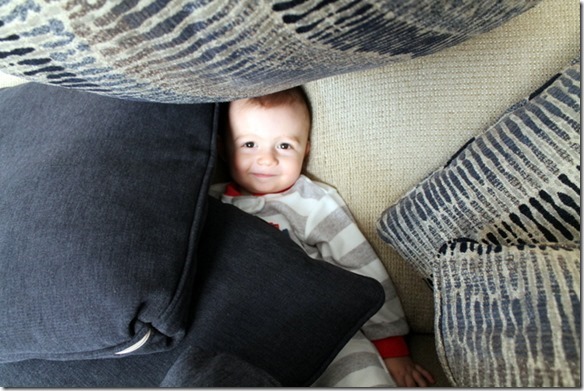 Ahh, the little things that keep them happy.

3. Did you guys hear that there’s going to be a Pitch Perfect 2?? I loved the first movie, so I’m super excited to see this one when it comes out in May!

4. We’ve had two pretty amazing dinners this week, both from the recent issue of Cooking Light magazine. The first one we made was this Two-Cheese Penne with Chicken and Spinach and it was aaaamaaaaaaazinggggg. 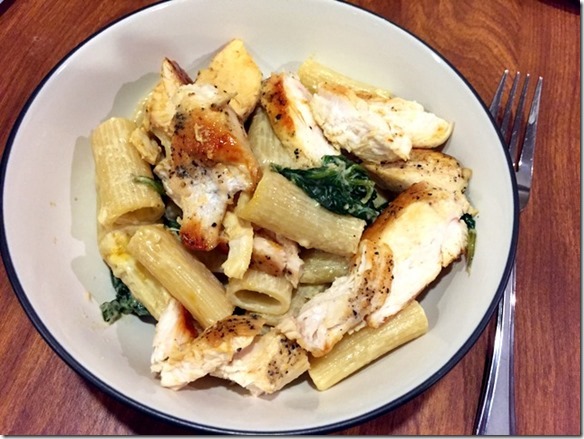 The second one, which I made on Wednesday, was this Beefy Bolognese over Penne Pasta. I served Jay’s over pasta and mine over some spaghetti squash, a) because I’ve had it on my counter for about 2 weeks, and b) I had pasta the night before with said dinner above. 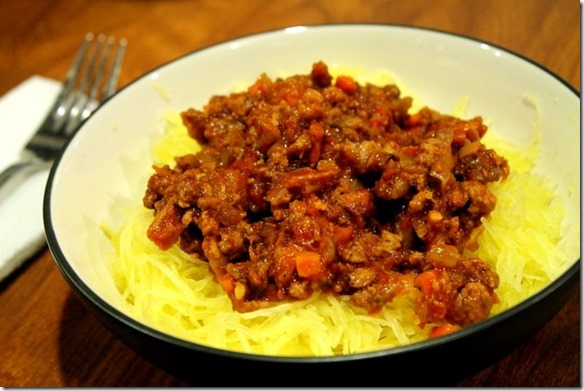 We would absolutely recommend both of those dishes, but be warned that the bolognese takes a little longer so if I hadn’t already been working at home that day, it probably wouldn’t have made the cut for a weeknight meal.

5. Have you guys ever had a dream that you just could not shake? I had the craziest, awful dream on Wednesday night and, despite the fact that I know it was just a dream, I just have not been able to get it off of my mind!

6. You seriously could NOT pay me enough to live in Buffalo right now… 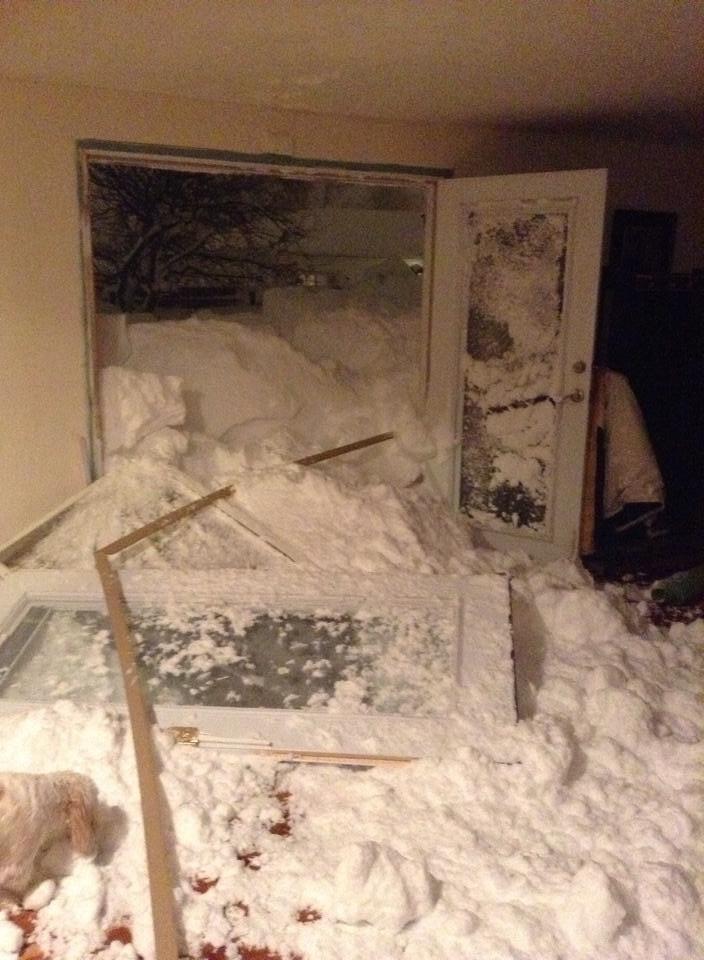 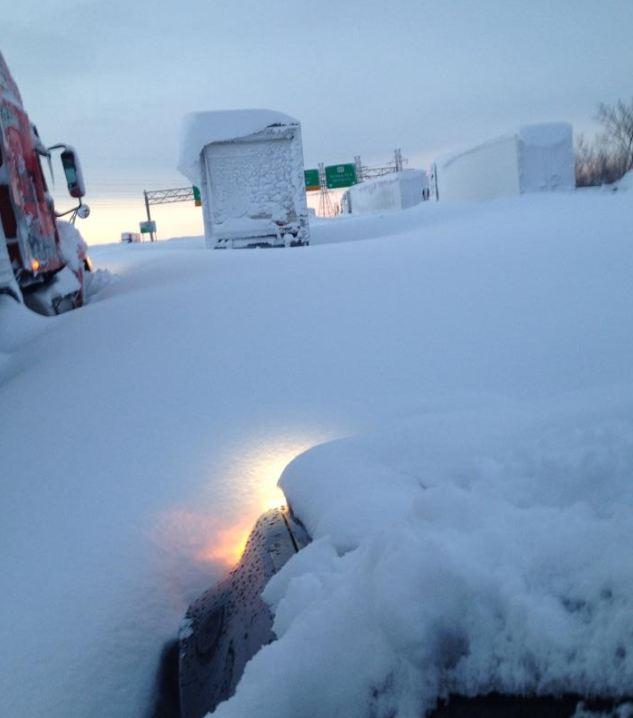 For those of you who may live in or around this area, I’m thinking of you. I’d be going nuts…and most likely house hunting.

7. Our Breakfast Club at work yesterday was insaaaane. The team on deck made homemade egg sandwiches with freshly toasted rolls and melted cheese, fried eggs, maple bacon, sausage, and hash browns (that were even deep fried). They came into work early in the morning so they could cook in our kitchen (we have a fairly good sized one at our office) and as soon as I walked in that morning, all I could smell was that maple bacon. And it lingered all. day. long. Mmmm mmmmm.

8. Earlier in the week I stopped in to The Fresh Market for some chicken and meat (they’re selections are always so fresh, and Tuesday is the chicken sale!) and also picked up a few other goodies while I was there.

Including this insanely delicious gelato… 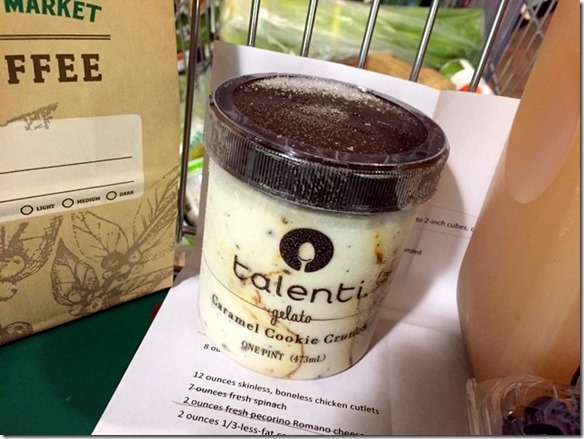 9. I also ended up getting some apple cider and apple butter on a whim… 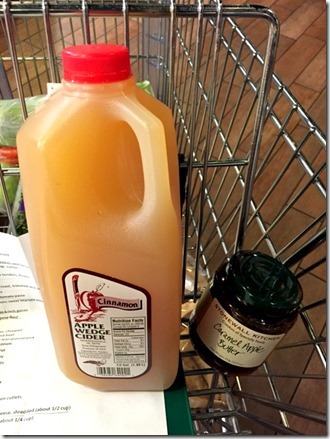 So we could make the insanely delicious drinks that we had from Friendsgiving! 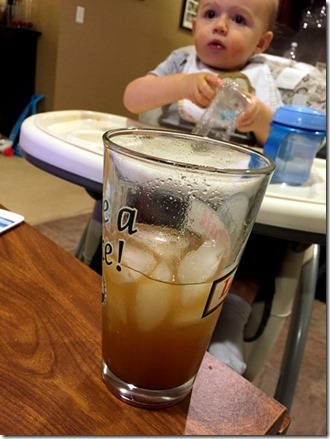 10. Good news…I got the exact recipe for them! Wanna try it out? Here’s what you’ll need:

11. Jay and I got new cases for our iPhone 6’s this week (I got the Maxboost Vibrance Series in Tiffany Blue via Amazon and really like it so far), but I think the best thing about them is that they came with fake, cardboard “iPhones” inside the cases. 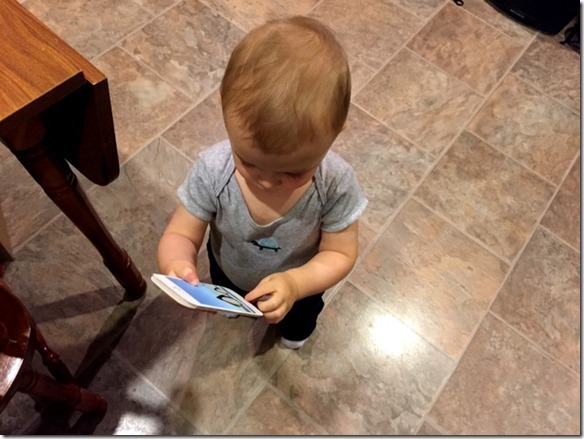 Now let’s just hope Lucas doesn’t figure it out for a little while longer.

12. I’ll tell ya…this Fitbit has really got me trying to stay on the move when I’d typically just want to be lounging. It’s also pushing me to get up more often from my desk at work during the day, too. Have you guys checked out the Fitbit Challenge Scoreboard recently? East Coast, babyyyyyyy! 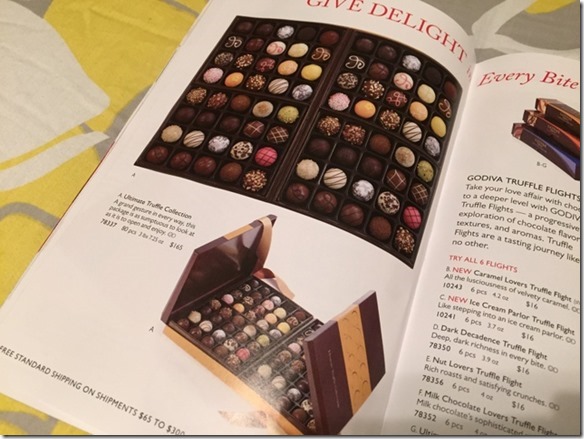 We got their most recent catalog in the mail earlier this week and all I’ll say is, I want ALL of it. Including the $165 truffle box up there. Because, I mean, 80 truffles isn’t that crazy, right? ;) 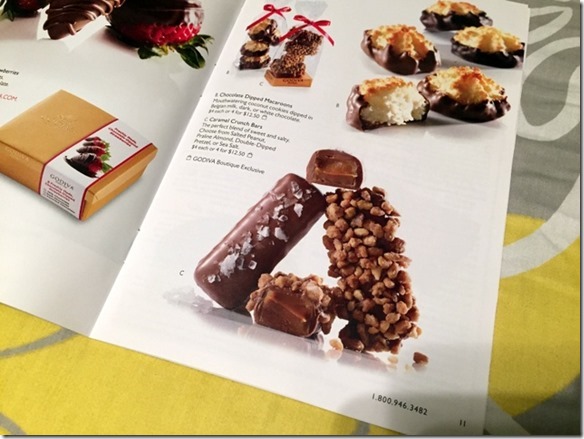 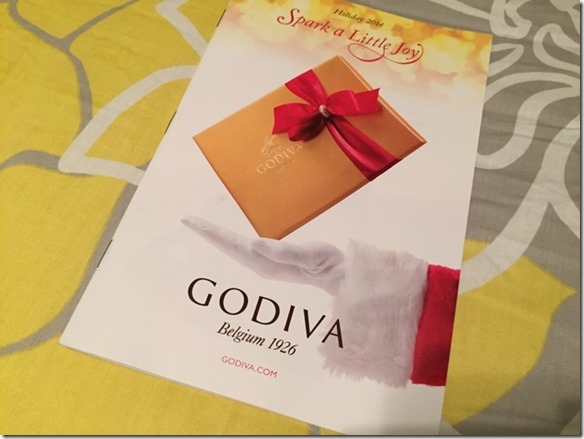 14. I think we’re heading over to my parents’ house on Sunday afternoon to watch the Jets game (as long as they’re able to dig out all of the snow from the stadium in Buffalo!). There’s sure to be some good food involved so I’m excited.

What’s up with you guys this weekend? Doing anything fun? Going anywhere exciting?

« Sears Launches “Reserve It!”
My Little Heartbreaker & My Money Tree »