As I was out in the kitchen making this delicious breakfast this morning, 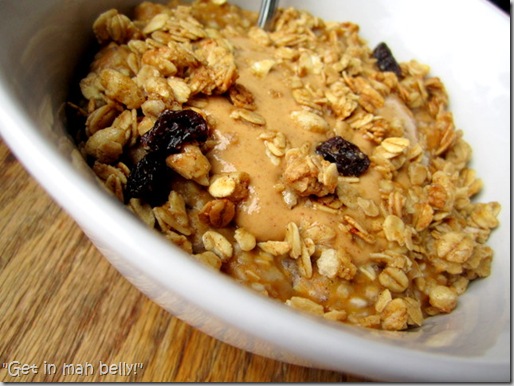 I had the TV on Good Morning America, as I always do (I’m a fan of Josh Elliott).

One of the first segments that came on after I turned it on happened to be an interview with the cast of Growing Pains.

I can remember watching this show when I was younger, but it was mostly because I had a slight crush on Kirk Cameron.

Yeah, he was right up there with Joey Lawrence and JTT for me (ahem, Julie).

So anyways…throughout the segment this morning, they kept playing the Growing Pains theme song, and now it is officially stuck in my head. Ughh, I hate when that happens! I don’t know what it is, but certain songs only take about two notes for me to hear and then they are completely embedded in my head for the entire day. A couple others that come to mind…

Man, they are some catchy tunes!

This morning called for a nice warm mug ‘o joe, 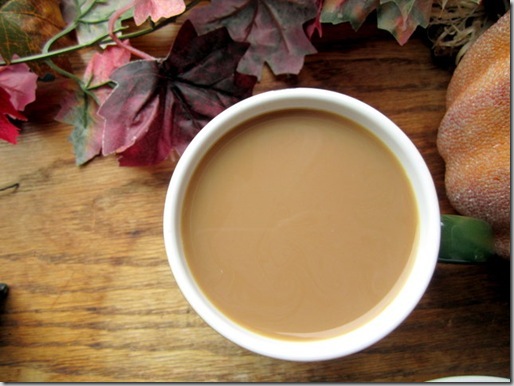 and a creamy, delicious bowl of pumpkin buckwheat. 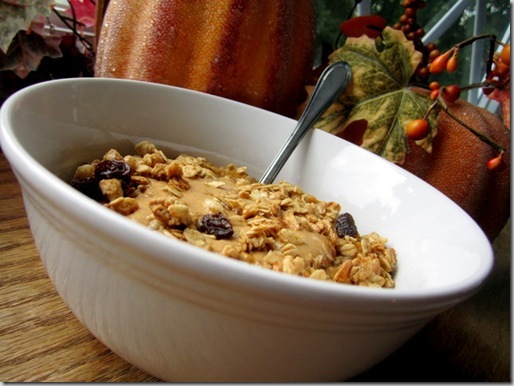 Today’s bowl was extra awesome, thanks to the generous helping of PB2 and granola that I loaded on top. 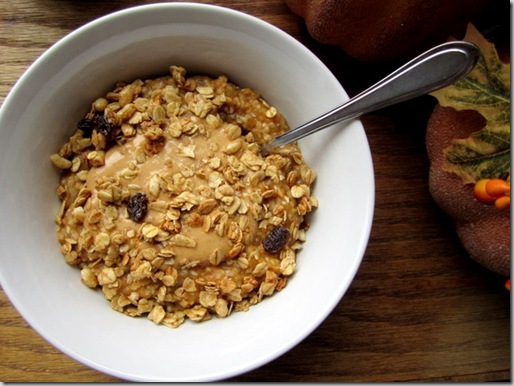 I actually added a little cinnamon into my PB2 today, and then once it was paired with the granola and raisins, it was basically a makeshift cinnamon raisin peanut butter. I’ll take it! 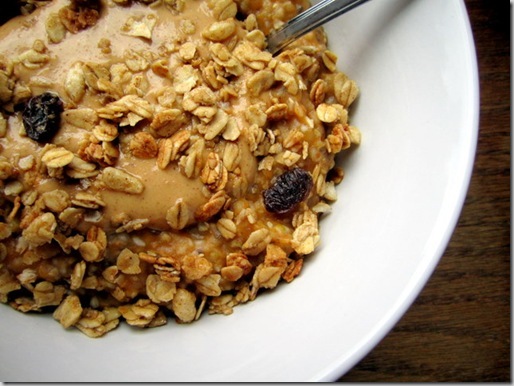 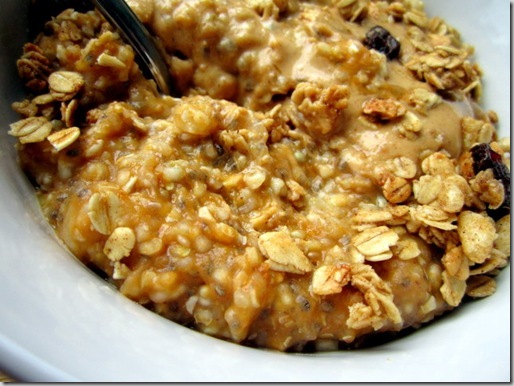 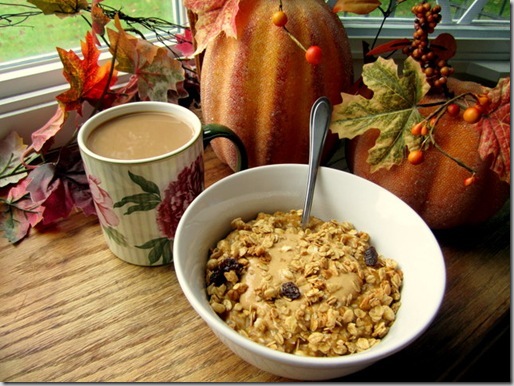 Today’s workout was an easy one, and thank goodness because WOW am I sore from yesterday’s monster session. The only thing on tap for Day 17 was the Xtreme Yoga workout; previously, I’ve paired the yoga workout with some HIIT on the treadmill, but that was just not an option today.

What songs (if any) get easily stuck in your head when you hear them?