Well, did Sunday evening not roll around super fast or what? Man, this weekend totally flew by…but then again, they always seem to do that on me.

Today was a fairly low-key day, but still a good one at that. After two days in a row of taking a rest from exercise, I finally found some motivation to get moving. This was actually a pretty odd week for me, workout-wise; I took three rest days because the thought of exercise was just not sounding appealing.

Typically, I’m pretty pumped for a good sweat session, so when I’m really not feelin’ it (to the point where I dread it), then I know to take that as a sign to back off for a little while. By the time this morning rolled around, I wouldn’t say I was totally on board for a workout, but I was definitely starting to feel antsy to move. So I figured I’d change, get started, and see how I felt from there. Well as soon as I got started, the momentum definitely kept going, and woah BABY…

Today’s workout was actually the one that I was scheduled to do on Friday, from Tina’s bootcamp.

It was another full body power circuit, featuring one of my “favorites”…

…and dear lord, was it challenging. Like, to the point where there were a few times that I actually felt nauseous. That never, ever happens to me.

Thanks a bunch, Tina, for kicking my booty today.

Shortly after finishing and coming up the stairs from the basement looking (and probably smelling) like a sweaty beast, I heard our doorbell ring…we had a surprise visit from my parents!

It was the first time I’ve seen them since they returned from their trip to Jamaica, so we spent some time looking through pictures and sharing stories (after a quick shower on my part, however). They also happened to pick up a couple of goodies for us while they were away which they brought with them… 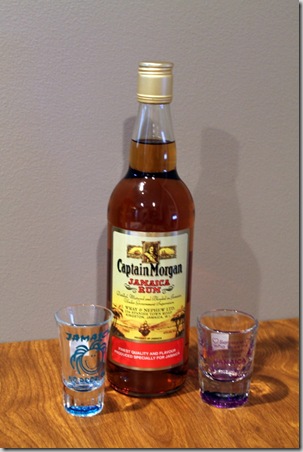 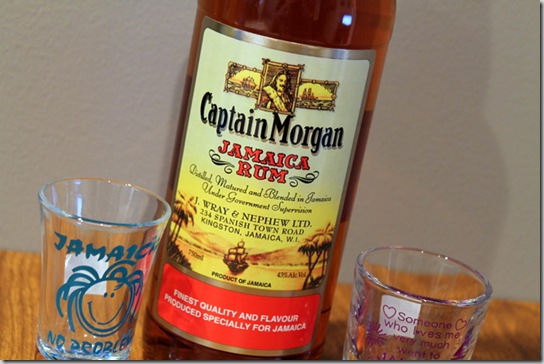 I love my parents.

When it came time for dinner, Jay was already all set with his leftovers from last night, so I went ahead and made a quick dinner using leftovers from Friday night. Yep, we kept it quite simple over here tonight, folks. 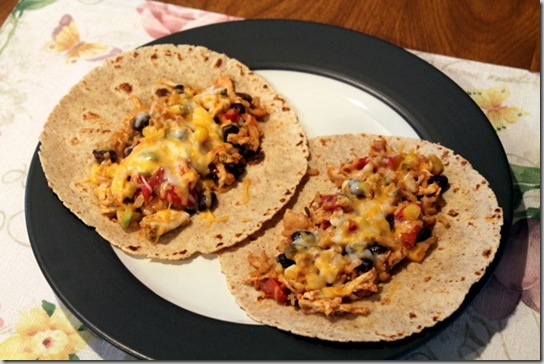 My dinner came together in, literally, five minutes. I quickly heated two mini tortillas in a skillet (about 15 seconds each side) and topped each one with a heated up mixture of leftover shredded chicken, rice and beans, guacamole, and a sprinkle of shredded cheddar Jack cheese. 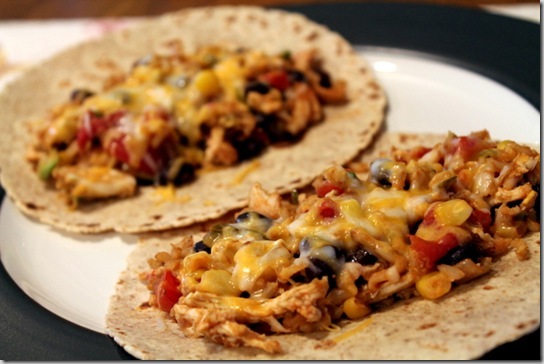 I then quickly tossed it under the broiler to get the cheese melted, and I had myself two mini chicken burritos. It was awesome. 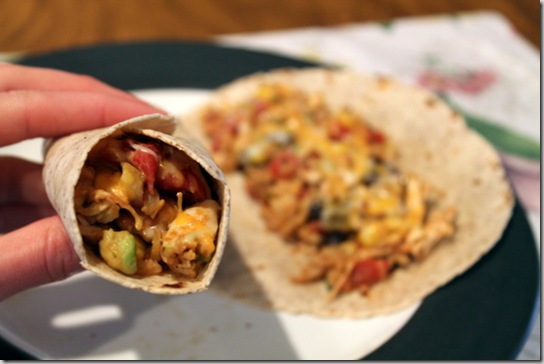 As for dessert this evening, I’m pretty sure I’m all set in that department, thanks to the big batch of Banana Oatmeal Chocolate Chip cookies that I baked up yesterday. 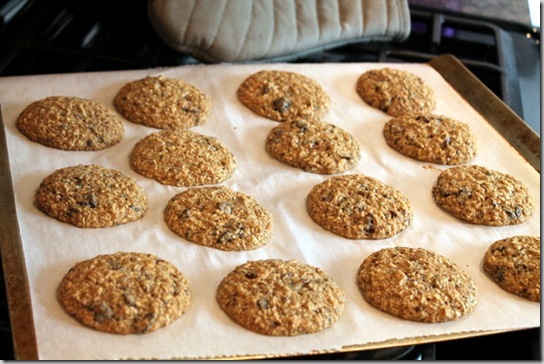 In case you’re curious, yes, I did use the chopped up dark chocolate bar in the cookies, in place of the chocolate chips.

And because the chocolate bark already had dried cherries on it, I also added in an additional 1/4 cup of dried cherries, aaaand I also replaced half the flour with whole wheat pastry flour. They’re pretty much like soft, tasty little muffin bites. Mmmm, they’re so good…good thing they’re much healthier than your average cookie.

Now I’m off to go relax and hopefully get a little more reading done. Hope everyone had/is having a great weekend!