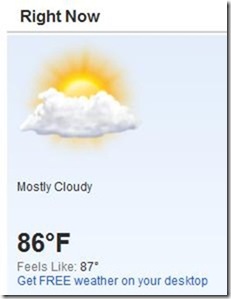 Let me assure you, I am not complaining in the least. I will take this weather over the crappy winter stuff any day. I’m just not used to it yet!

Apparently, either is Cody. 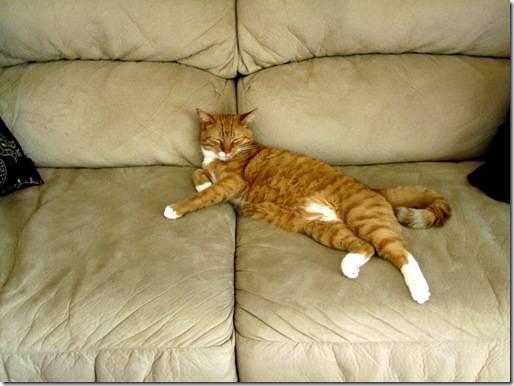 Poor guy. He’s barely been able to muster himself up to play any sort of fetch with me, let alone make his way out to the kitchen to eat his food. I don’t know…I wouldn’t want to be covered in all that fur when it’s warm like this either.

Turns out, I think the surprisingly warm weather is actually having some sort of effect of my appetite today…I don’t have much of one.

This is weird. Very weird. And very annoying.

Around noon I knew I needed something, and the thought of a nice, cold smoothie sounded awesome. 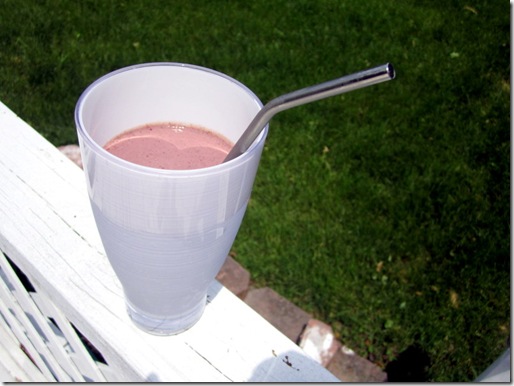 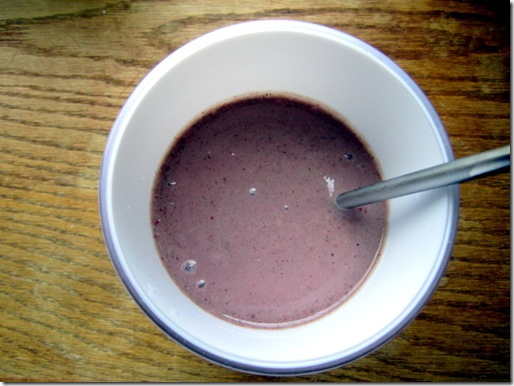 It was my first time trying the black cherry CHO in a smoothie, and let’s just say I’m definitely a fan.

Today I also think I broke my record for the longest procrastination of a run…8 hours.

Hey, at least I got up and did it. Granted, I did keep it inside on the treadmill because, well, let’s face it; I was being lazy and didn’t want to sweat like a beast out in the heat.

But still, I finished my scheduled 3 miles right around 26 minutes, then made a beeline straight for the shower. I knew I should have waited though…it was definitely one of those, “Wow, did I even shower because I swear I’m still sweating as much as I was before…?”

Post plopping in front of the fan to try and “dry off,” I snacked on an apple with some of The Bee’s Knees peanut butter. 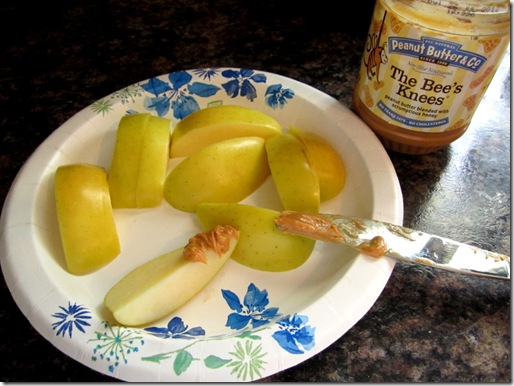 I seriously love this stuff. 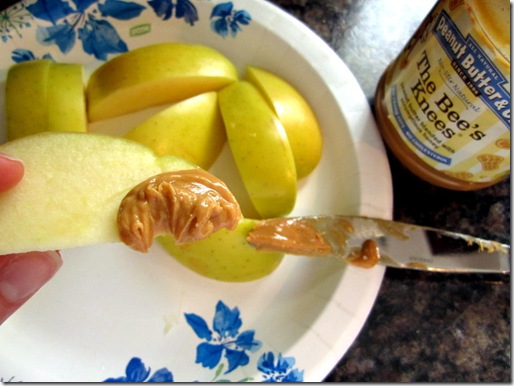 Tonight, we have another softball game, which will hopefully be followed up with some tailgating. I love tailgating. That’s my favorite part of sports!

I’m sure many of you are ready for the nice holiday weekend like I am, so if you’re going to be out and about or traveling, I wish you safe travels and lots of fun!!

DO you have any plans for the holiday weekend?