I’m not gonna lie…I’m glad Monday is behind us.

And it’s not even that it was necessarily a “bad” day. I started it off on the right foot with an early morning workout, which usually sets the tone for my day, but I was just sort of over it. Everything was sort of “meh,” you know what I mean? Nothing really went wrong, per se, but the day was just sort of blah. Almost like I was in a funk…I’ll blame it on the crappy weather.

So when I went out on my lunch hour to fill up my gas tank and make a quick stop at the bank, I suddenly found myself at Starbucks purchasing an iced coffee and a cookie. 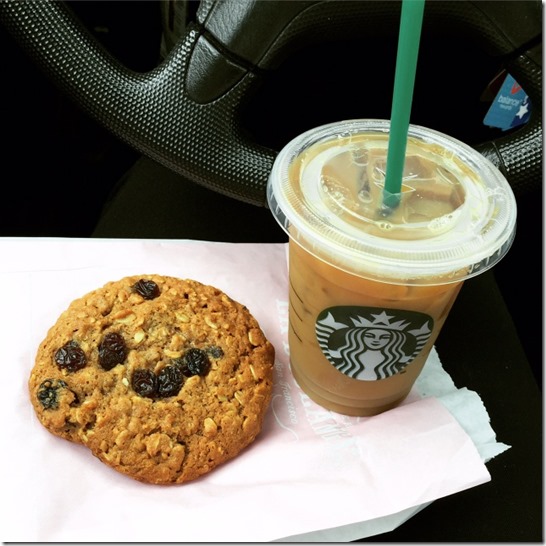 The coffee actually wasn’t even that good and I probably only drank about half of it, but the cookie? THAT perked up my mood just a bit.

I’ll be honest though…I was really, totally craving an apple fritter, as I told Janae on Twitter. 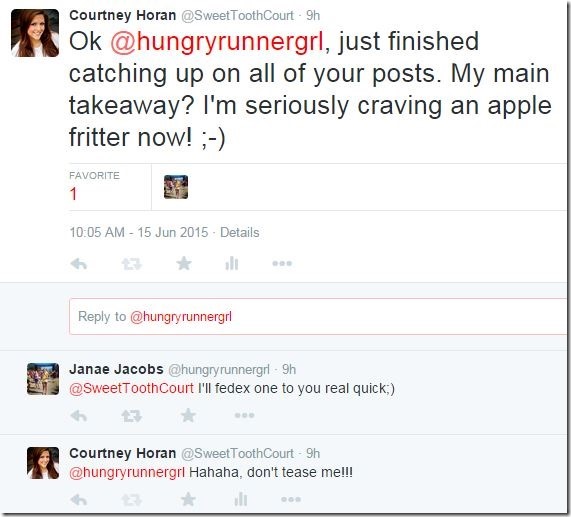 Man, I swear…I finished catching up with all of her posts, and the one thing that stuck with me was the damn apple fritter. I probably would have paid big bucks for one yesterday, had I had the opportunity to find one. I’m still on a mission this week now…I need to find one STAT.

It probably didn’t help matters that I went out to run my quick errands before eating my lunch. That’s always a recipe for disaster, right? So once I got back to my desk about a half hour later, I quickly dug into the goods. 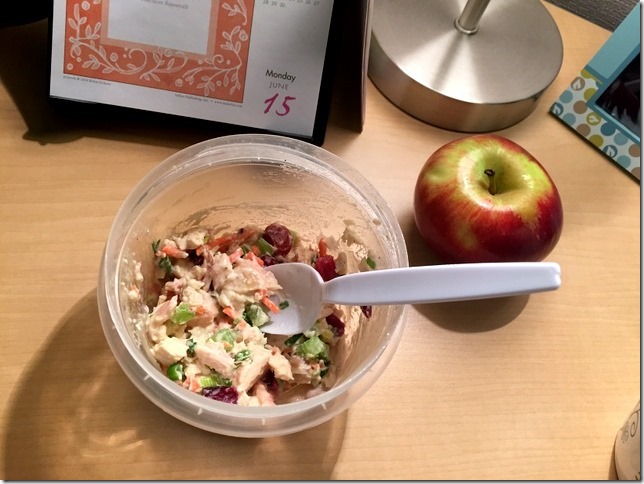 I made a fresh batch of my favorite chicken salad EVER last night so I could have some for lunch this week. I’m so stinkin’ excited about it.

When it came to dinner time last night, we had a Blue Apron meal on the agenda. We all worked together to get things prepped and ready, while the kiddos ran a muck around the house, as usual. 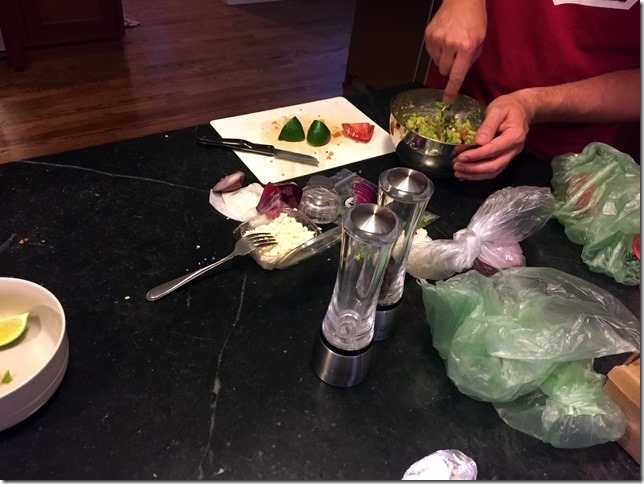 And I say kiddos, but really, it’s just Lucas running around like a madman. I’ll tell ya…the difference between boys and girls (at least this boy and girl) is wild. I think the picture speaks for itself. 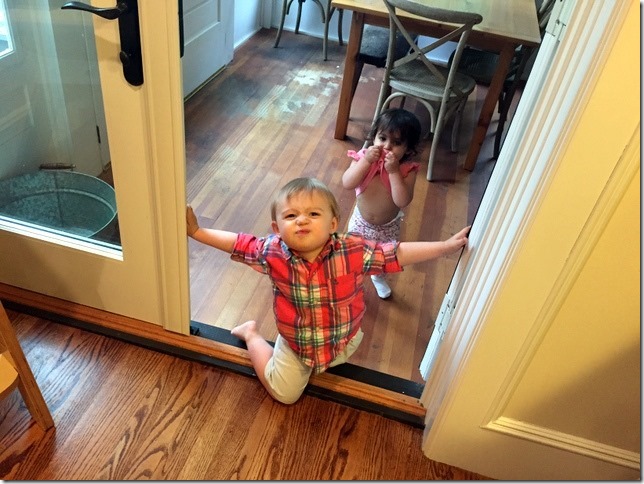 As for dinner? DELISH! We had Steak Fajitas with Guacamole & Roasted Zucchini Rounds, and they were totally awesome. 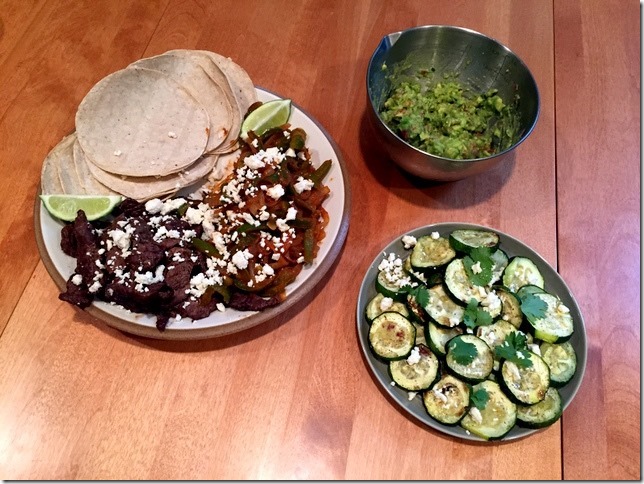 A little spicy (then again, I’m a total wimp with the spice factor), but amazing flavor. Plus, I’m sort of obsessed with queso fresco…it’s AMAZING, isn’t it?! We also beefed up the guacamole the recipe called for (they only gave one avocado for 4 servings, which definitely wasn’t enough for us) and Jay added in some extra “stuff” to make it top notch. 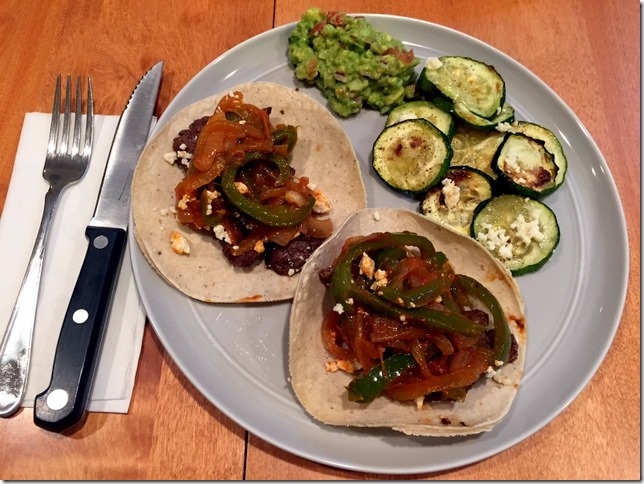 So now I’m sitting here, finishing up this post, thinking that I’m feeling like I’m either catching a cold or dealing with some extra allergies (apparently the pollen is wicked right now). Hopefully it’s just the latter, but Lucas is also sporting a runny nose, so I’m guessing I won’t be so lucky. Boooo.

I’m also thinking it’s probably about time to head back downstairs and grab some dessert before watching some House of Cards (or Orange is the New Black…ohh, the dilemma!). We finished season 2 of HOC, so I’m excited to see what happens with season 3. But we’ve also watched the first episode of the new season of OITNB, and I want to know what happens next there, too.

Netflix, I love and hate you at the same time.

So what’s up with you guys this week? Feelin’ good? Can the locals tell me where I can get an apple fritter in my hands? Are you watching any good shows? Anyone else addicted to Netflix? Tell me we aren’t the only ones…

« Poolside Fun
My Favorites of the Season »